How to Survive Value Wars 2.0

In the latest round of value wars, everyone is scrambling to carve out their own niche.
Consumer Trends | May 2018 | Kevin Hardy

The value wars have escalated this year as Taco Bell, Jack in the Box, Wendy’s, CKE, and Subway, among others, have revamped their value menus.

For years, Taco Bell has played to the value-minded customer. The brand has layered value-driven items across the menu, with the mainstay combo meals, $5 meal boxes, and a value menu full of cheap, a la carte items.

A decade ago, the Great Recession heightened the importance of value in the quick-serve space as consumer confidence and discretionary spending sank. But even as the American economy recovered, customers continued to demand interesting, high-value items from the nation’s fast-food leaders. And now, with the economy booming, brands are only heating up their value plays with discount-driven menus and meals.

“The competition has definitely ramped up over the last couple of years,” says Melissa Friebe, Taco Bell’s senior vice president of brand marketing and insights lab. “To be honest with you, it’s always been at the forefront for us. We’ve never stepped away from it. We’ve always had great value across the menu.”

Taco Bell announced in December that it would bolster its Dollar All Day menu with new items like the $1 Stacker, a quesadilla-like snack filled with beef and cheese. The company said it would roll out another 20 items at the $1 price point in 2018, promising the value menu is here to stay.

“Consumers expect more from all of us,” Friebe says. “From a value perspective, they’re expecting to get the most they can for their money. So we always have to up our game for what we’re giving them and how we’re getting it to them.”

"This is a monster that the [quick serves] have created. They might not like this and they might not want to do it, but they’re the ones that created this monster.” — Leslie Kerr, president and founder of Intellaprice.

Taco Bell is hardly alone in its recent attempts to emphasize value. McDonald’s relaunched its Dollar Menu in January with items at the $1, $2, and $3 price points. Now customers can grab a cheeseburger, a sausage burrito, or a soft drink of any size for just a buck. The same month, Subway rolled out a $4.99 foot-long LTO, reminiscent of the $5 foot-longs it abandoned in 2016 in favor of a $6 foot-long special. Across the industry, Wendy’s, Jack in the Box, Hardee’s, and Carl’s Jr. have also expanded or reinvented value offers; even Papa John’s recently rolled out a value deal.

“Hard-working consumers want to maximize their dollars, so it’s important to see quality menu offerings at the dollar marks to truly feel that value that they’re seeking,” says Jack in the Box CMO Iwona Alter. “They also want more choices in these offers. Historically, many brands had only a few low-price offers. Today, you can see there are many more options to allow customers to tailor their meal to their personal taste buds, while still getting a great deal.”

Subway’s $4.99 deal ruffled some feathers among franchisees, who complained of the promo’s ultra-tight profit margins. But former CEO Suzanne Greco, who is retirning in June, says she believed the promotion was a valuable tool to drive restaurant traffic in the slowest season of the year. While she acknowledged the recent influx of value offerings from competitors, Greco vowed that Subway would stay away from the $1 and $2 price points. Instead, the world’s biggest restaurant chain will continue to showcase how much it can deliver for a reasonable price.

“It’s not just the price point. It’s the variety, it’s the quantity, and it’s the quality. That’s what we stand behind,” Greco says. “In [quick service], affordability is part of what the industry revolves around.”

Like the pizza wars of years’ past, this race to the bottom of the menu has some wondering how low prices can go—and how long operators can sustain cut-rate deals.

“This is a monster that the [quick serves] have created,” says Leslie Kerr, president and founder of the restaurant pricing advisory firm Intellaprice. “They might not like this and they might not want to do it, but they’re the ones that created this monster.” 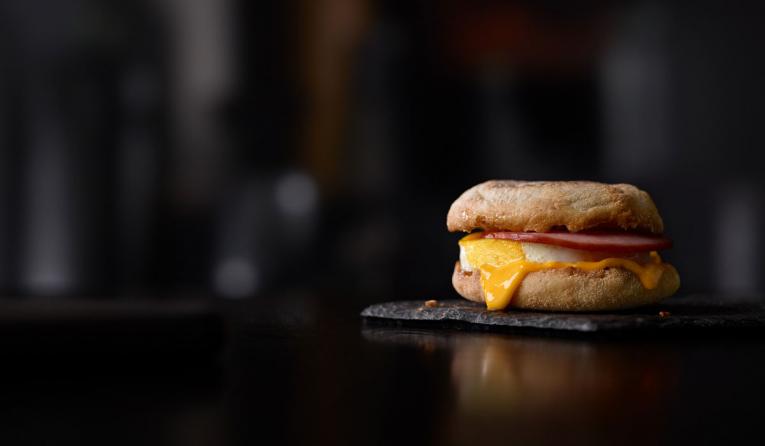 In a January 30 quarterly earnings call, McDonald’s CEO Steve Easterbrook told investors that the company has grown sales across the menu, not just in value-priced items.

With a booming stock market, low unemployment, and high consumer confidence, the state of the economy underlines the lasting importance of value, no matter how the market changes.

“That sort of tells us, looking ahead, we should expect to still see these value offerings regardless of these economic cycles,” Kerr says. “Since the dollar menus were introduced, we’ve had many up and down cycles, and the value menus are staying there.”

She adds that brands have reimagined the concept of value, offering valuable deals at different price points. While McDonald’s is competing at the $1, $2, and $3 prices, Subway’s main value draw is nearly $5 and Wendy’s is at $4 with its 4 for $4 meals.

Those deals provide guests with whole meals at low prices. “While that looks very different from the dollar menus of days’ past, that’s still value,” Kerr says. “Value can come in all shapes and sizes. It’s in the eye of the beholder.”

“Some guests care and some guests don’t,” she says. “In my experience, when you ask them about what’s driving their purchase, they will mention so many things before they mention price.” For example, they mention how they craved a certain item or how a restaurant has good service or is simply convenient to their home or work, she says. Price is often low on the list or not on the list at all.

In a January 30 quarterly earnings call, McDonald’s CEO Steve Easterbrook told investors that the company has grown sales across the menu, not just in value-priced items. He pointed to the lasting popularity of core items like the Big Mac, Egg McMuffin, and Chicken McNuggets. Easterbrook said recent strategy changes have led to the brand gaining new customers, winning back former customers, and converting casual customers to committed ones.

Only a few weeks into the new dollar menu, Easterbrook said, it was too early to tell what effect the change would have on the bottom line in the long term. But, he added, initial results were encouraging. “With relevant menu choices for our most price-sensitive customers, we have strengthened consumer perceptions of McDonald’s as a place to find a tasty and affordable meal,” he said on the call. “Across the system, our markets have increased the range and appeal of our food and real bundles offered every day at compelling price points.”

McDonald’s move will likely lead the entire quick-service category to up its value offerings, says Bonnie Riggs, restaurant industry analyst at market research firm NPD Group. In a recent report, she dubbed the influx of low-priced items in the quick-service space as Value Wars 2.0.

After de-emphasizing value offerings for several years, Riggs says, many brands, particularly in the burger category, are getting back to the basics. The reason? Value-priced items drive traffic. And the burger category—nearly a quarter of the entire industry—has suffered from four years of shrinking traffic.

“Many in the category think it’s time to focus on the lower end of the price spectrum, as McDonald’s let everybody know,” she says. “We’re saying let the value wars begin, because everyone is going to have to come up with a value proposition of their own just to retain their own customers so they don’t lose them to McDonald’s.”

Riggs expects to eventually see “a wear-out factor” with today’s price wars. At some point, customers don’t see value meals as anything special.

“We’ve been away from value for quite a while,” she says. “It’s going to initially be perceived as a strong value proposition. Now, after its been in place for a while, that will become the expected price. That just is natural. But I think they have a long way to go before that kicks in.”

As fast-casual brands mushroomed in popularity in recent years, many quick serves attempted to compete in that space with more premium products. Riggs suspects those efforts led some brands to de-emphasize value. “They need to focus on their core,” she says. “And what they are about is cheap eats and convenience.”

Still, restaurants may see some relief from the price wars. As the economy expands and average people begin to experience the effects of federal tax reform, many Americans are likely to spend more generously, says Gary Stibel, CEO of the New England Consulting Group. Even those who don’t fully understand the changes in tax code are expecting lower taxes, he says.

“Forget about the blue states versus the red states or Democrats versus the Republicans—the sentiment of the average American has improved,” Stibel says. “This is a time when people are feeling a little richer than they did. This is a huge opportunity for the restaurant industry.”

Many restaurants think discounts are the only way to emphasize value. But Stibel warns that’s a misnomer. He says efforts like Starbucks’ loyalty program provide consumers value without overly generous discounts.

Still, there are some consumers for whom value menus will always remain critical. Stagnant wages plague a large swath of the population. Many younger workers are still living in their parents’ basements as they work toward financial independence. And millions of senior citizens live off fixed incomes that barely cover the basics.

While those groups are price-conscious, they still eat out.

“There’s an opportunity to capture and repeat with these people, because they eat every day,” Stibel says. “They still have money in their pocket. It’s just that they’re dollars, not $10s or $20s.”

The National Restaurant Association Show: It’s Great To Be Back
'Unlimited Sip Club' Drives Record App Activity for Panera
The Future of Fast Food is a Cross-Channel World

El Pollo Loco Finds the Beef and Reaps the Rewards
Wingstop's COVID Journey Gets Bumpy, but Not Uncomfortable
Popeyes at 50 Has Never Looked Better

Why is Guest Satisfaction Declining for Restaurants?
Robots in Restaurants—No Longer Just a Fantasy
Inside Starbucks' Billion-Dollar Plan to Catch Up After COVID

Ghost Kitchens: Here to Stay or Ready to Disappear?
8 Tips for Creating a Winning Food Delivery Service
McDonald’s Not Losing Sight of Value as Inflation Soars