Chipotle is still No. 1 in the Mexican category—but not by much.

“We attribute this to two factors: consumer expectations of the [quick-service restaurant] experience are rising, and, in many cases, execution at these restaurants is declining. As our research continues to show, delighting guests by providing an exceptional customer experience is a key differentiator in an incredibly competitive environment,” he said in a release.

The data was compiled by asking participants to rate their satisfaction with their most recent quick-service experience, and their likelihood to refer that restaurant to others. These results were averaged to attain a composite loyalty index score. Only chains that received at least 100 voters and representing 2 percent or more of votes were analyzed.

It was conducted online in February. Fifty percent reported household incomes of more than $50,000 a year. Respondents’ ages ranged from 18 to over 65. About 73 percent were women and 26 percent were men.

Here were the findings: 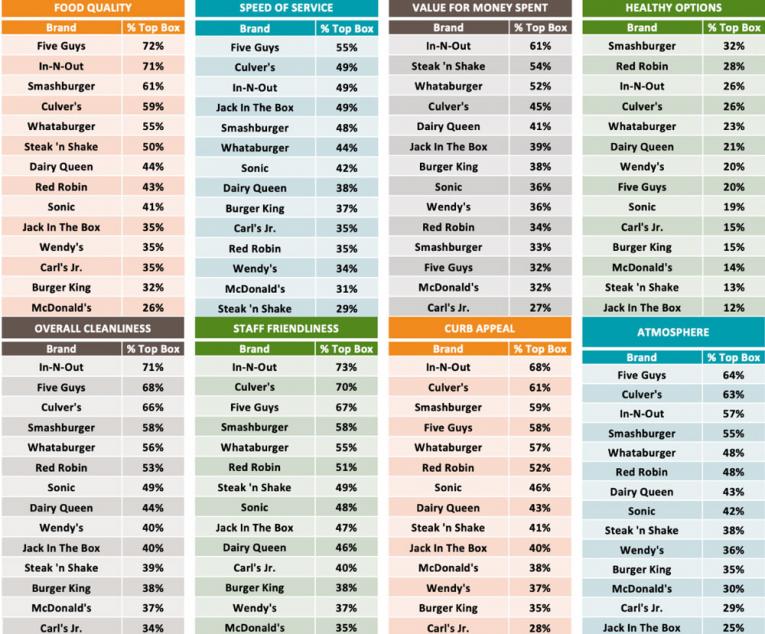 It’s no secret C-stores are serious competition for quick-serves. Market Force’s data showed that reality in a telling way. For the first time in the study’s history, a C-store landed the top spot for America’s favorite sandwich shop.

Wawa, which has more than 790 locations on the East Coast, rose four places to unseat 2017’s top chain, Firehouse Subs. Firehouse still earned lead honors for food quality and atmosphere, and tied with Jersey Mike’s and Jimmy John’s for staff friendliness. Jason’s Deli was No. 1 for healthy options, while Jimmy John’s received top marks for speed of service and overall cleanliness. Wawa led in value, 5 percentage points ahead of Subway. 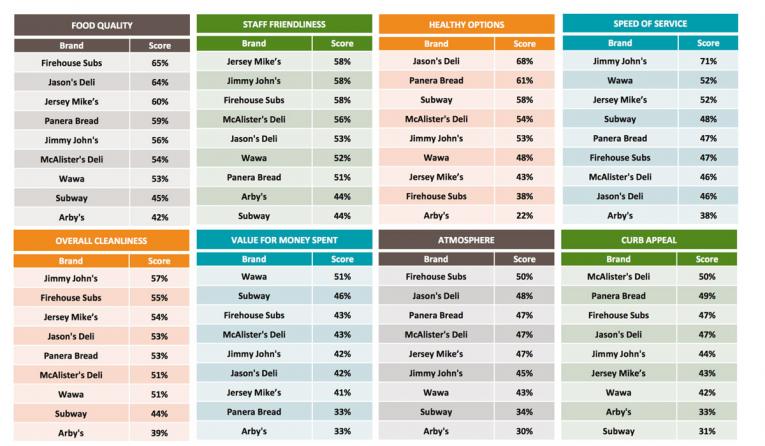 Chipotle narrowly maintained its grip as America’s favorite Mexican chain, according to the study. The brand led in food quality, speed of service, healthy options, and cleanliness, and tied with El Pollo Loco for curb appeal. Del Taco was No. 1 in value, while Moe’s reported the friendliest staff, and Qdoba the most appealing atmosphere. 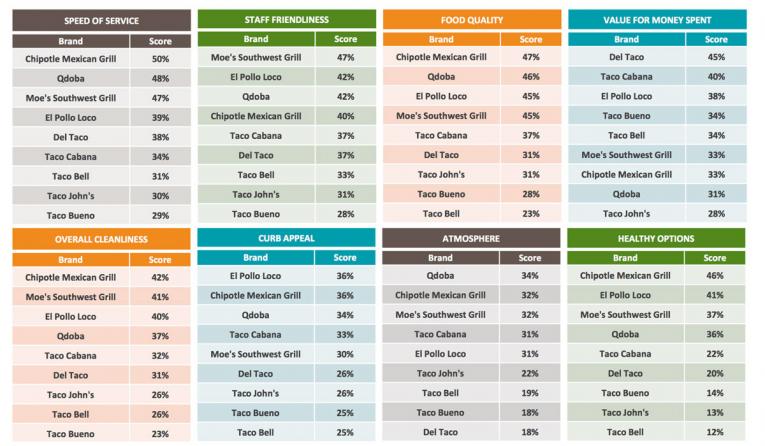 Some other pizza notes: 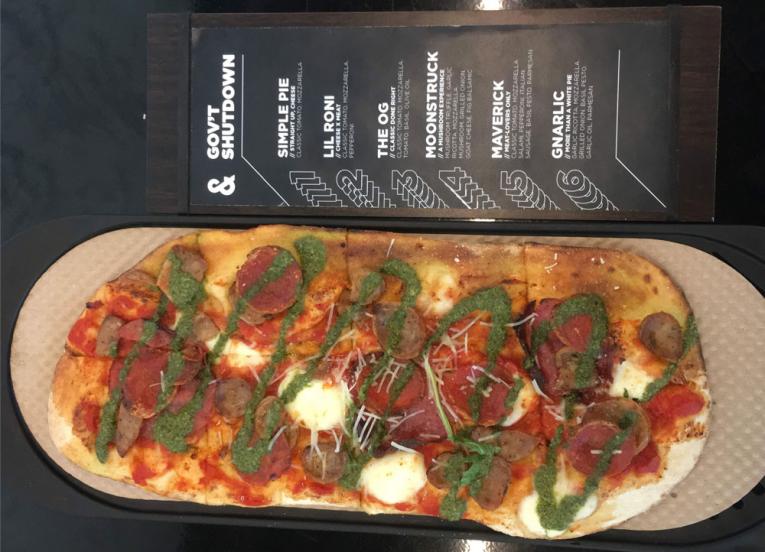 Chick-fil-A’s dominant reign continued, with the chicken giant earning its fourth straight spot atop the rankings. The chain received the highest scores in every category except healthy options (El Pollo Loco). Raising Cane’s was a strong performer as well, taking second in seven of eight categories. 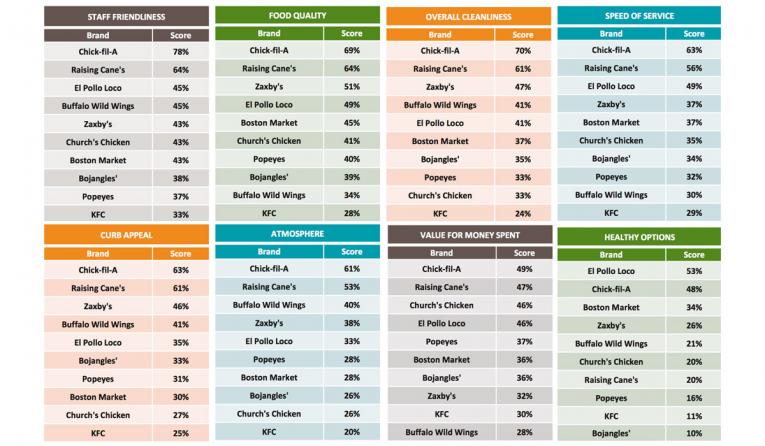 Market Force’s study also founded that the use of technology by quick-service guests is on the rise. Thirty-nine percent said they ordered meals via smartphone app in the past 90 days, which was a sizable lift from last year’s 11 percent mark. Additionally, 28 percent used a kiosk and 27 percent used a table to place their order. 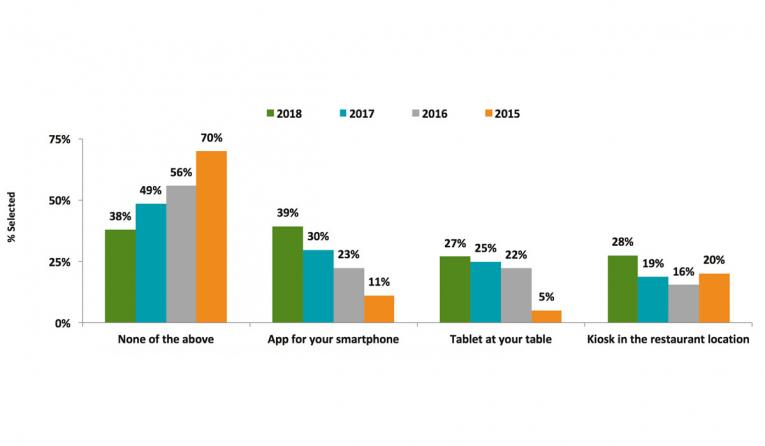