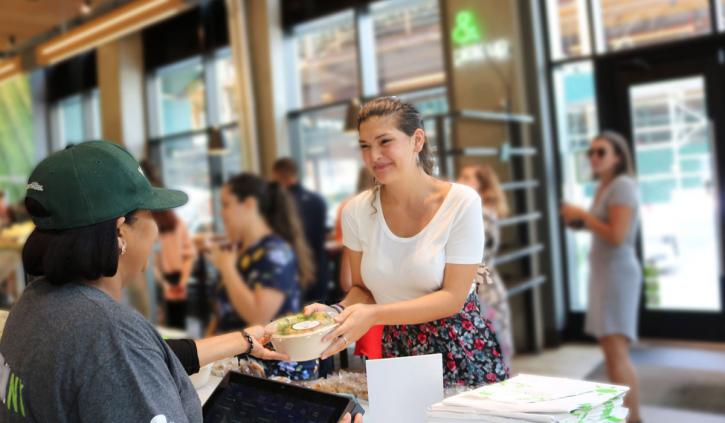 Quick-service concepts have flourished and grown in markets across the U.S., though some certainly offer more compelling characteristics than others and better complement a brand’s marketplace positioning. Here, QSR investigates some of the nation’s most buzzworthy markets to see if the buzz is worth the bite. 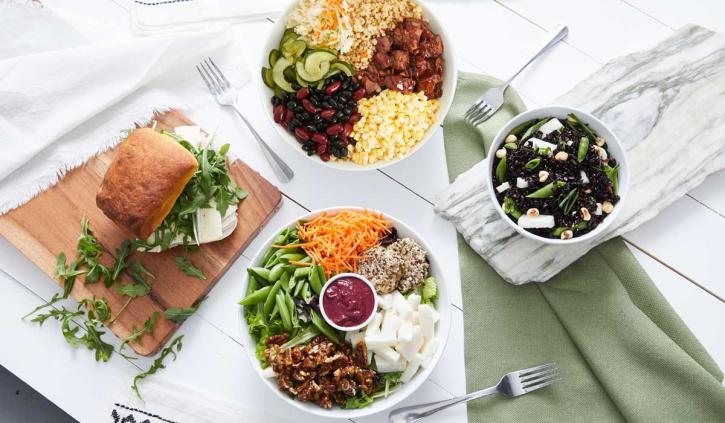 The Good: With nearly 20 million residents, metro New York is more populous than 47 states. Better yet, it has an especially diverse populace with a steady stream of visitors and an adventurous culinary spirit that fresh&co cofounder George Tenedios says emerging quick-service concepts like his can use to their advantage. Among large metro areas, New York is also tied with Seattle for the top spot in fastest growth in real personal income—4.3 percent, according to the Bureau of Economic Analysis.

The Bad: No U.S. market might be more competitive than New York, where one city block can feature a chef-driven fast casual, a beloved pizza joint, a Michelin-starred restaurant, and more. New York operators also face rent and labor costs that are among the highest in the nation.

“Over the years, we have seen a lot of both big and small operators diminish throughout the city due to the inability to generate enough sales to cover costs,” Tenedios says.

The Verdict: The appeal and panache of the Big Apple is undeniable, but quick-service entrepreneurs best bring a super-sound business plan—and their boxing gloves—to town. 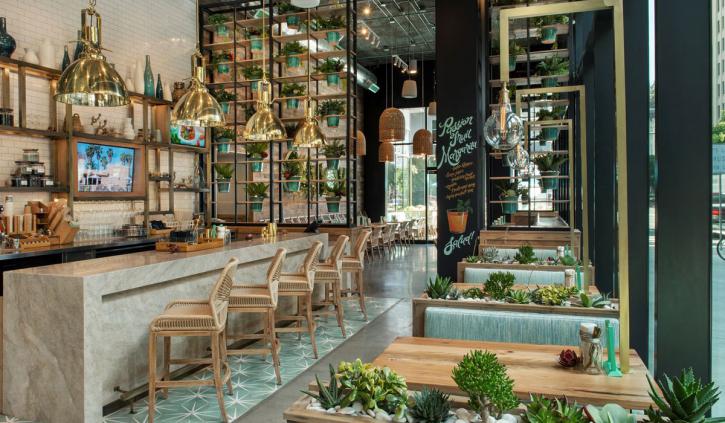 The Good: Weather, lifestyle, and visibility coupled with 13 million residents make metro Los Angeles a hot place to be, says Mikey Tanha, president of Tocaya Organica, a three-year-old concept that now has 17 units, 11 of them scattered around L.A. He says the City of Angels is a natural fit for his “aspirational” brand.

“We seek to embody the best of everything that California has to offer—amazing ingredients, multiculturalism, design, music, and more,” Tanha says.

L.A. residents also enjoy dining out. According to Bureau of Labor Statistics (bls) data, Los Angeles households spend 13 percent of their household income on food—and nearly half of that is devoted to food away from the home.

The Bad: Among large U.S. metros, Los Angeles has the nation’s slowest growth in real personal income at 1.6 percent, while its 4.6 percent unemployment rate is higher than any other splashy metro area QSR examined. Tanha notes also that L.A. features expensive real estate and strong competition for labor.

The Verdict: L.A. checks the boxes for buzz and a captive audience, but its high costs and slow growth could prove difficult for expansion-minded brands. 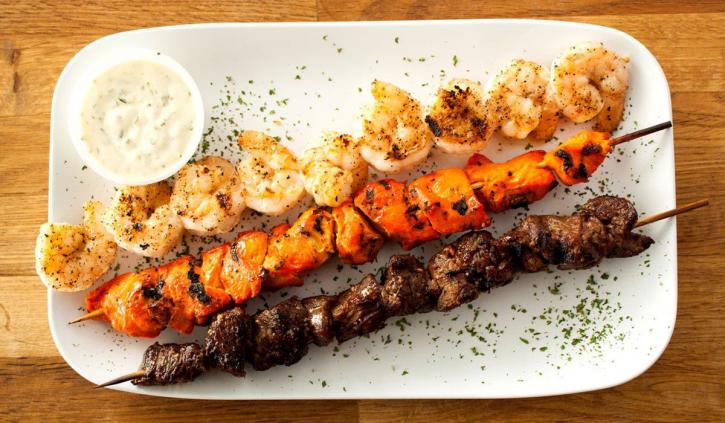 The Good: Nearing 6.2 million residents, Miami has grown more than 11 percent this decade, while its weather, tourism, and thriving, though not overly saturated, hospitality scene appeal to growth-minded concepts.

“Miami has a vibrant community that really appreciates great hospitality coupled with innovative restaurants that offer great-tasting food with bold flavors—and not as much competition when it comes to fast-casual dining,” says Otto Othman, CEO and cofounder of PINCHO, a 11-unit, Miami-based concept that debuted in 2010.

The Bad: Despite the glitz of South Beach, Miami households aren’t rolling in money. The average hourly wage of $23.19 is about 7 percent below the nationwide average of $24.98, which might explain why Miami households, on average, spend less than $3,000 annually on food away from home. Othman also reminds that Miami is a fragmented city lacking the density of its big-city brethren. “Everything is very spread out, and it requires a bigger support team when scaling a concept,” he says.

The Verdict: While Miami has undeniable style, it lacks some important substance. Quick serves best arrive with an informed expansion plan and clear marketplace positioning. 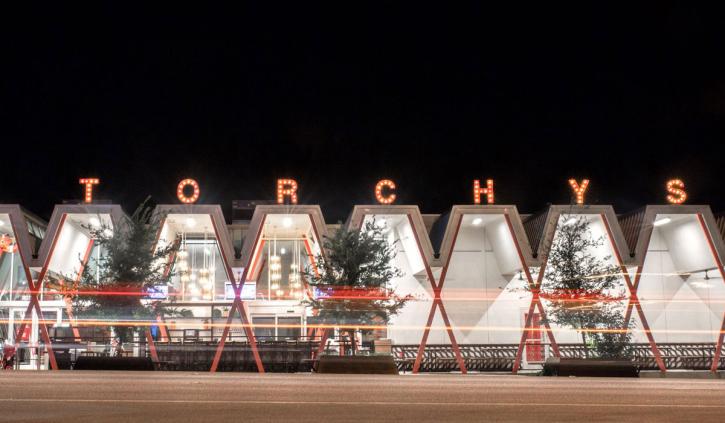 The Good: Austin continues its run as one of the nation’s fastest-growing markets, adding nearly 500,000 residents this decade alone—a good number of whom have money to spend. Among large metro areas, Austin has the nation’s third-largest growth rate in real personal income, trailing only New York City and Seattle, while its 2.9 percent unemployment sits about one point below the U.S. average. On the culinary side, Austinites have a willingness to try new and experimental food.

“We’re a city with residents who are passionate about diversity and innovation—and that translates into the culinary scene,” says G.J. Hart, CEO of Torchy’s Tacos, a 13-year-old, Austin-bred concept that now boasts 72 stores across four states.

The Bad: Austin’s competitive landscape is intensifying by the day with food trucks, food halls, and other culinary artisans all battling for share of stomach.

The Verdict: A young, hip, adventurous, food-centric market, there’s a lot to love about Austin, though eateries must bring their “A game each and every day” to survive, Hart says. 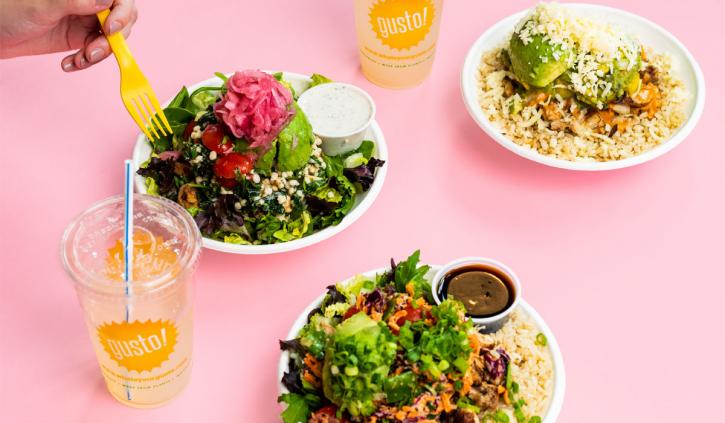 The Good: It’s cooking in Atlanta, a 6 million-resident market that stands among the nation’s largest growing metro areas. Atlanta features 15 Fortune 500 companies, the nation’s 10th largest metro economy with GDP of $385 billion, an unemployment rate of 3.5 percent that’s a half-point below the national average, and the highest median income among large metro areas in the Southeast. And while fried chicken and chili dogs remain popular, there’s escalating interest in fresh, better-for-you options as well.

“It’s a new Atlanta, and we’re here for it,” says Gusto! founder Nate Hybl, whose concept will open its sixth metro Atlanta location early next year.

The Bad: Hybl says finding opportunistic real estate is a challenge in Atlanta, “mainly because it’s so spread out and undergoing massive changes.” And though the average Atlanta household’s consumer expenditures sit at a healthy $62,250, only 4.7 percent is spent on food away from home, according to BLS data.

The Verdict: Atlanta’s a surging market, but it’s also a competitive environment packed with legacy players and ambitious upstarts all battling for dollars that consumers don’t easily relinquish. 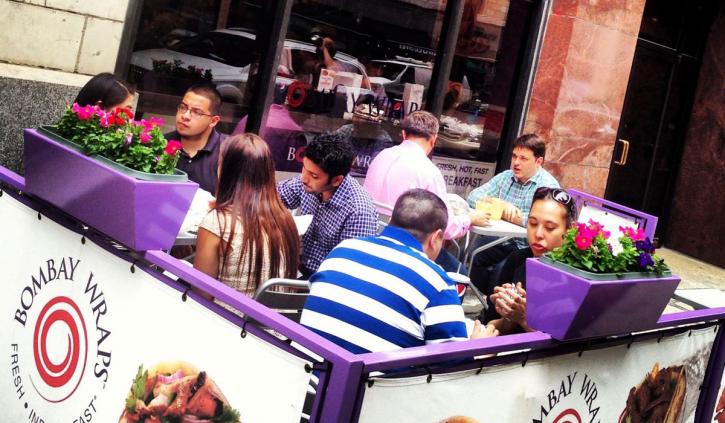 “If you can make it [in Chicago], a broader expansion will be the next logical step,” he says.

The Bad: Though still hosting nearly 9.5 million residents, Chicago’s metro population has been on the decline in recent years. No other city on this list is enduring such a fate. In addition, the city and state face pressing fiscal challenges that political leaders are largely looking to address through tax increases that will heighten the cost of doing business and extract money from consumers’ pockets.

The Verdict: Chicago has size, diversity, energy, and, per Dewjee, a rather comforting collegiality among its restaurant operators. It also has some significant red flags that food entrepreneurs would be wise to investigate before rolling into town. 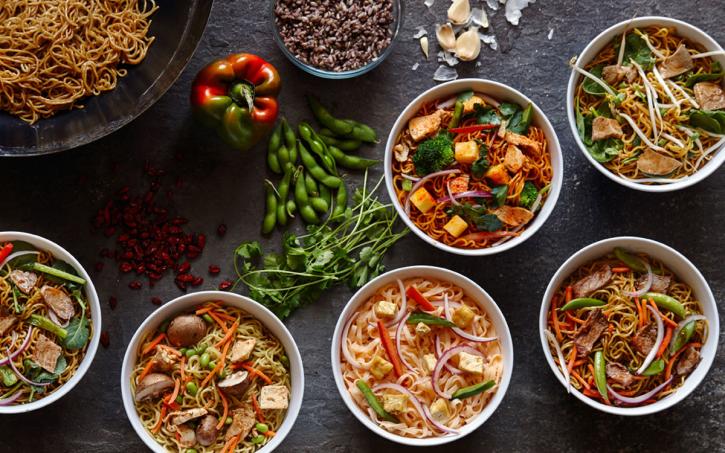 The Good: Sandwiched in between New York and Washington, D.C., Philadelphia frequently gets overlooked despite the fact it hosts more than 6 million residents and boasts a median household income on par with L.A. and Chicago, two other cities that similarly tend to garner more attention. That can be a positive for quick serves that enter the market with a strong offering and earnest effort, says Honeygrow founder and CEO Justin Rosenberg.

“If you can stand the test of time and win the hearts of the customers [in Philadelphia], you get long-term loyalty,” says Rosenberg, whose seven-year-old concept has 27 units, nearly half of those in metro Philly.

The Bad: A swarm of quick-service concepts have infiltrated Philadelphia of late, increasing competition, rents, and construction costs while challenging unit economics. And despite relatively healthy household incomes, consumer spending on food away from the home trails the national average by 3 percentage points. 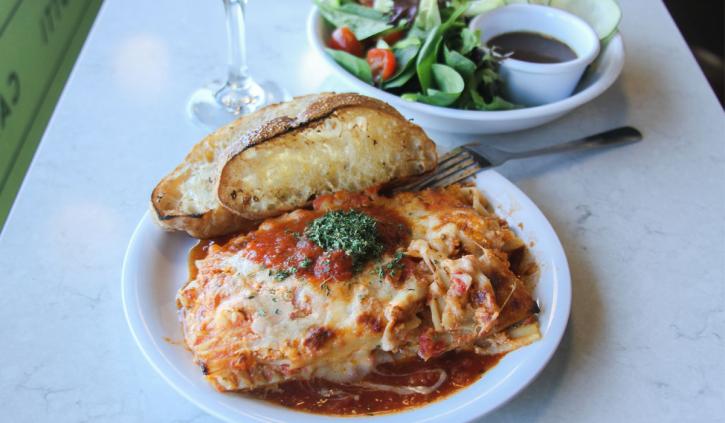 The Good: The numbers are there: Nearing 3 million residents, Denver’s population has surged 15 percent this decade, unemployment sits at a rather paltry 2.7 percent, and Denver’s median household income of nearly $75,000 is surpassed by only a handful of its big-city peers.

Above all, though, Denver’s proved its ability to nurture quick-service concepts. National names like Chipotle, Noodles World Kitchen, and Smashburger all started in Denver before blossoming elsewhere. Mici Handcrafted Italian CEO Elliot Schiffer, who now oversees six Denver-area restaurants, says there are two notable advantages to building a quick-service concept in the Mile High City: first, a large pool of industry talent that makes it easy to scale a team, and second, densely populated suburbs on all sides of the city that allow a brand to scale up to 20-plus locations “without saturating any one area.”

The Bad: Denver’s unquestionable allure plus low unemployment rate has ignited hefty competition among restaurants for employees, while Schiffer also reports that real estate locations go quickly and at a premium.

The Verdict: Growth-minded brands eyeing Denver would be smart to run, not walk, as interest in the swelling Mile High market continues to climb. 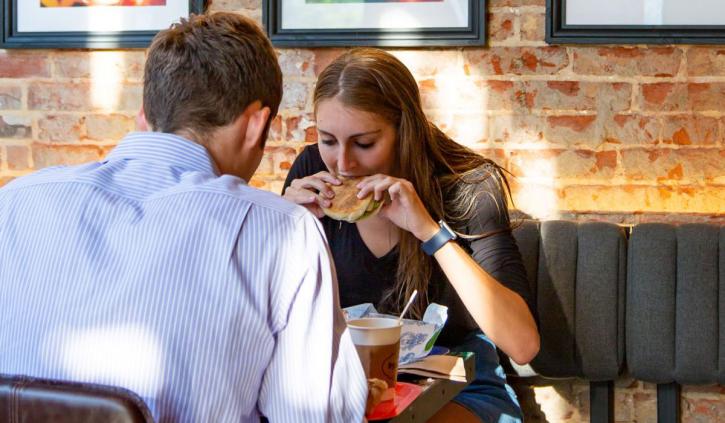 The Good: In looking to set up its first U.S. outpost in 2018, London-based LEON targeted Washington, D.C.—and for good reason. The nation’s capital boasts the second-highest median household income among the nation’s largest 25 markets, a figure now pushing its way toward six figures. It also has a mushrooming population topping 6.2 million, and a steady stream of professionals and visitors navigating its streets. Its GDP of $530 billion is fifth in the U.S., while its 3.3 percent unemployment sits below the national average. Inspired by those figures and a vibrant culture, LEON U.S. president Glenn Edwards says his concept aims to open as many as a dozen units in the market over the next year.

The Bad: D.C. is a market dominated by the public sector. While government employees are better insulated from economic downturns than most, Edwards says the early 2019 furlough gave his brand “some fierce and fast learning.” And despite those sizable, stable paychecks, D.C. residents spend but 11.5 percent of their household income on food, more than a full percentage point below the national average of 12.7. 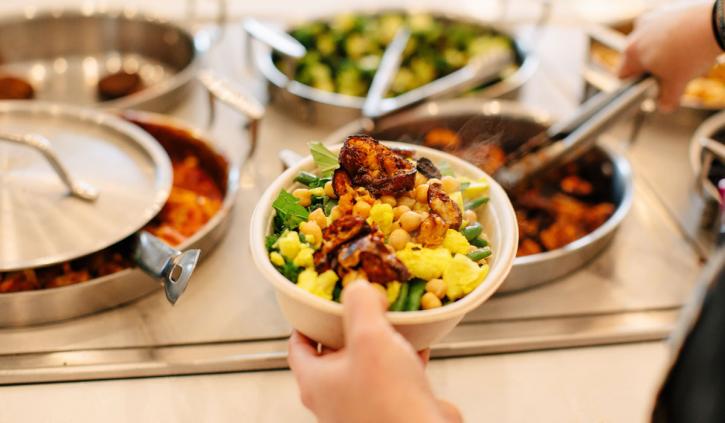 The Good: With a population increase of more than 7 percent this decade—three times that of New York City—metro Boston is now approaching 5 million residents. Its median household income of nearly $85,000, meanwhile, trails only San Francisco and D.C. among the nation’s 25 largest metro areas. Boston’s entrepreneurial energy and some 150,000 college students also spark a civic willingness to try new things, including food on the plate.

The Bad: Downtown Boston lacks some of the liveliness of its urban peers. Most people who work in the city commute from the suburbs, says James DiSabatino, cofounder and CEO of the three-unit, Boston-based Whole Heart Provisions. So while the city offers immense visibility, it isn’t necessarily an encouraging place to capture all three dayparts, especially given high real estate costs. Boston households also spend a significantly lower percentage of their income on food away from home compared to the national average, per BLS data.

The Verdict: Boston has the people and the income, but restaurant entrepreneurs should carefully select sites aligned with their business model. 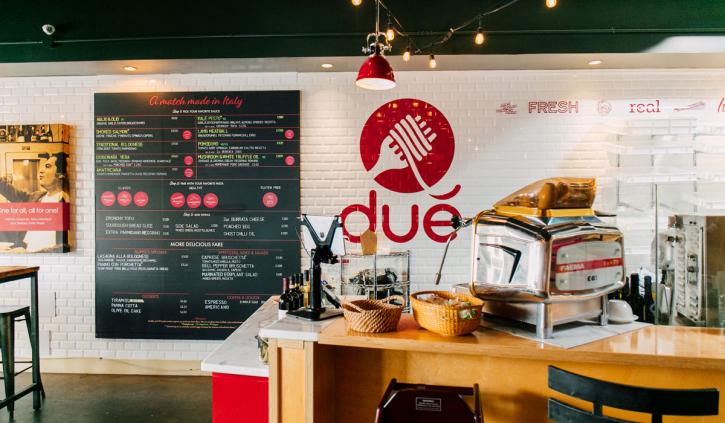 The Good: Nearing 4 million residents, Seattle’s population has surged almost 15 percent this decade, fueled by the growth of Amazon and other large tech employers. Paired with rising tourism numbers, that population increase offers quick serves plenty of mouths to feed. Davide Macchi, cofounder and CEO of Due’ Cucina Italiana, which has its second Seattle-area unit slated to open this spring, says metro Seattle is also undergoing a large-scale real estate and infrastructure transformation that “provides local restaurant operators many commercial real estate opportunities to expand their businesses.”

The Bad: Seattle has been among the most progressive cities regarding hourly wages, and that’s elevated labor as a challenge for local restaurant operators. Those rising wages and a median household income running about $80,000, near the top of the list among the nation’s largest markets, also hasn’t translated into robust food sales. Seattle residents spend about the national average on food.

The Verdict: Seattle has the environment to support quick serves, but operators must have a thoughtful plan to invest in workers and entice visits.