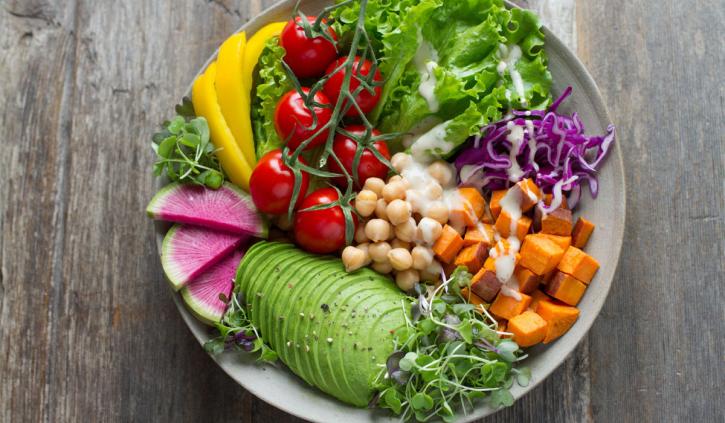 Success in the quick-service world demands strength and stamina, perspective and purpose. A competitive, intense environment known for delivering stress, long hours, and an unrelenting pressure to perform, the industry challenges the body, mind, and soul.

QSR talked with quick-service owners, operators, and executives about the health-and-wellness pursuits they employ to combat the rigors of the job, achieve a healthy balance, and boost their on-the-job performance. 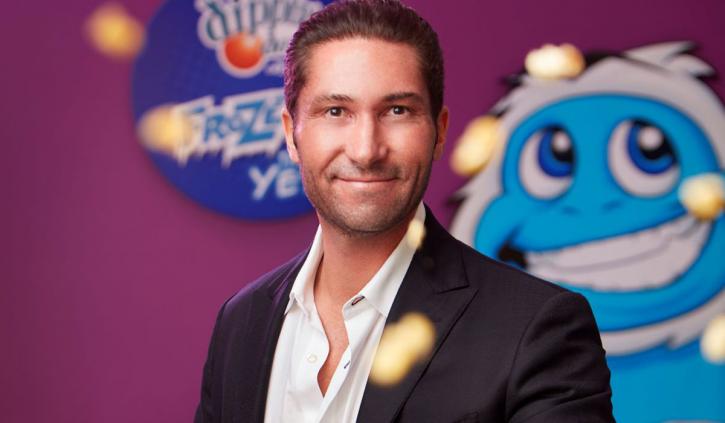 About three years ago, Fischer found himself running on autopilot, too often cruising through life and struggling to feel grounded and connected. In response, he committed himself to a new bedtime routine designed to help him feel more well rested, mentally awake, and prepared to perform.

Now, Fischer’s a “creature of habit” come bedtime. Midnight’s a hard cutoff for his day, and he sets his electronics to sleep and incorporates white noise. When he travels, the bedtime routine accompanies him.

“Maintaining this same routine allows me to stay balanced and not disrupt my body, mind, and spirit—consciously or subconsciously,” Fischer says.

He credits the routine for improving his daily performance, his emotional balance, his awareness of himself and others, and his ability to read, interpret, and act on every question, decision, and need throughout the day.

“My overarching goal is to always be present with complete awareness for each moment of life,” says Fischer, who has encouraged many of his Dippin’ Dots and Doc Popcorn colleagues to integrate a similar routine into their daily lives. “I can personally tell that those who have followed have been sharper, more mentally awake, physically capable, and happier throughout the day.” 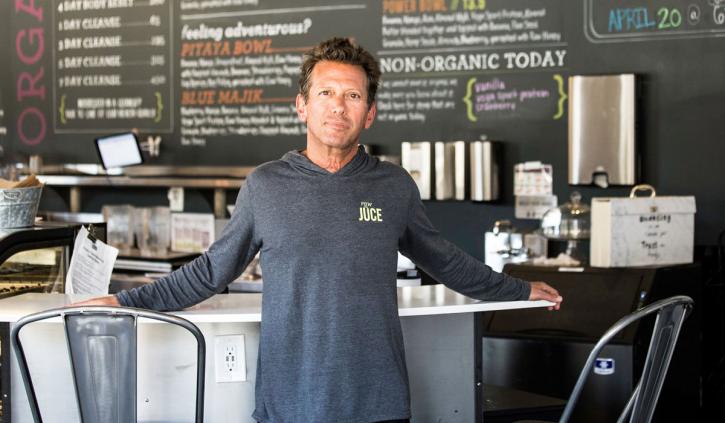 Since getting diagnosed with thyroid cancer in 2009, Rabkin has consistently hunted for ways to improve his mental and physical health. He describes adding meditation to his daily routine as a “game changer.”

Rabkin utilizes a mediation app called Calm to support his daily meditative exercise. The popular mobile app aims to strengthen mental fitness and tackle the stress, anxiety, insomnia, and depression that weigh heavily on people around the world today, including Rabkin.

“As a high-energy, type-A person, I’ve found that meditation seems to calm me down and slow things down to a more normal level for me,” says Rabkin, who combines his meditation with plant-based eating, exercise, and thorough sleep to further bolster his physical, mental, and emotional health. 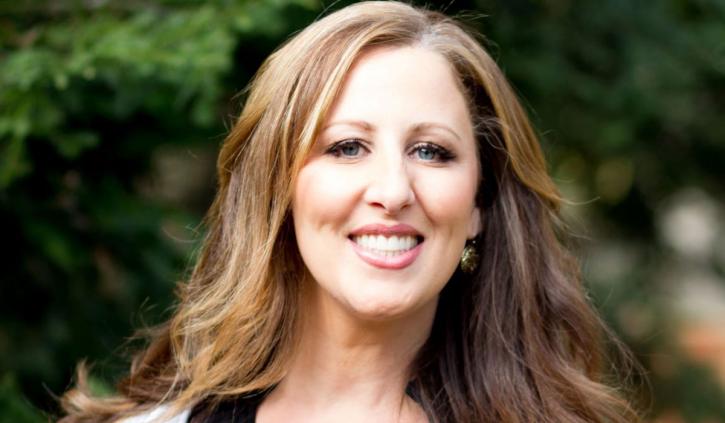 Two years ago, Gilad sensed her work-life balance was on shaky ground. She responded with a conscious shift to focusing more time on family.

Today, Gilad aims to end each workday by school dismissal, which allows her to take her children to their activities, assist them with homework, and devote her full attention to them until bedtime. She also tries to block out at least two hours each month to volunteer in each of her children’s classrooms.

“Balancing work and family is not easy, but having this routine allows me to maintain a balanced work-family life, which makes me a much happier person at the end the day,” Gilad says, adding that having a hard stop to her workday has compelled her to be more efficient at the Vitality Bowls office and to trust the talented team she’s assembled around her. “I struggled for years to find a balance, and this is the first year I feel like I’ve got it down.” 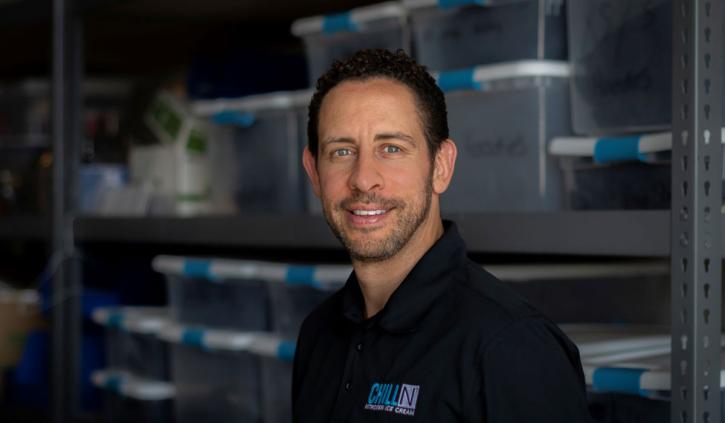 As a former college athlete who graduated into running and triathlons, Leonardo remained conscious about his health, but that focus generally applied to physical fitness. Oftentimes, he acknowledges, his nutrition disappeared into the background.

In recent years, however, Leonardo’s placed a more significant focus on diet. He’s eliminated all red meat and poultry from his diet and has also embraced intermittent fasting, only eating from noon to 8 p.m. each day.

“This gives my body enough time to digest the food before going to bed and … allows my body to continue to burn fat [after my morning workout],” Leonardo says.

As a result, Leonardo enjoys “deeper and better” sleep, feels lighter, and enjoys heightened concentration since the sluggishness that often comes after digesting a large meal has been eliminated.

“Because of this, I feel that I am a better leader to my employees and a better husband and father by being more present and attentive to their needs,” he says 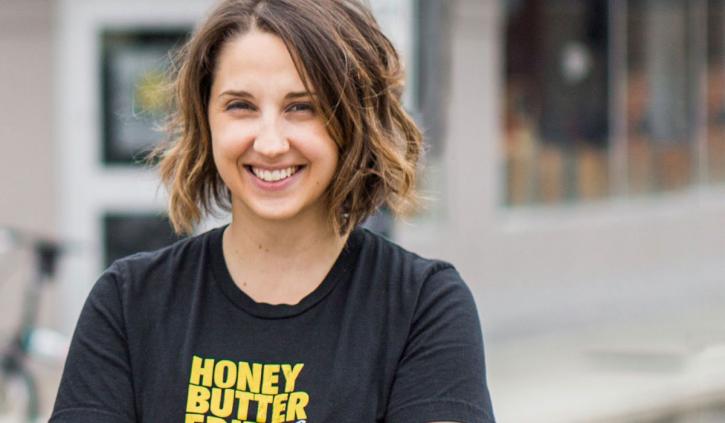 A year after opening her first restaurant, Cikowski found her energy waning. Feeling lethargic and rundown, she decided to commit herself to a self-care routine and threw herself into yoga. Now, she aims for three 75-minute sessions per week at a studio near her Chicago home and tries to incorporate some yoga into her daily routine when she doesn’t hit the studio.

While yoga is often credited with boosting cardiovascular strength, stamina, and flexibility, Cikowski finds the benefits to her mental and emotional health most relevant.

“So much of my life is spent in my head, on the phone, in busy kitchens, and crowded restaurants,” she says. “Practicing yoga routinely gifts me time to reset and reconnect to only myself—to work my body, to strengthen my heart, to let go. No matter how tired I am when I walk in the studio, I always leave with positive, buzzy energy and a more grounded sense of self.”

Cikowski credits yoga for helping her take better care of her customers and her team at Honey Butter, pushing her to enter her Chicago eatery with a positive and healthy energy.

“I am much more present in my life now,” says Cikowski, who even invites staff to do sun salutes with her before service. “I’m less stressed, I get sick less, and find it easier to relax and let go, and manifest my goals and dreams.” 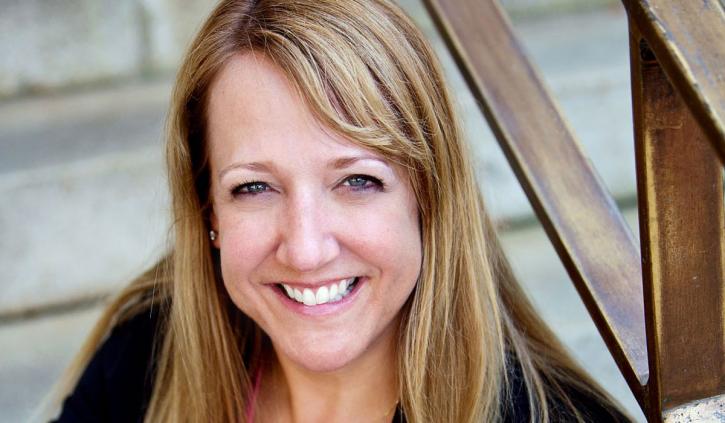 Running a chain of some 1,800 units, Neary’s days can get crazy. Running, however, helps her feel centered, alive, and grounded.

A dedicated morning runner, Neary often hits the roads by 5:15 a.m., and says the early-morning endorphin helps her bring a spirited energy into the workday.

“Having a positive attitude is so important in dealing with people and the day-to-day stresses of life,” says Neary, who typically logs upward of 30 miles each week and pairs those runs with core exercises and weightlifting for added physical benefit.

She considers running therapy, or something that has helped her navigate the inevitable stresses of her professional and personal life, and says her regular running routine has propelled her to be a better mother, wife, and company leader. If she’s forced to miss a few days, she says, she notices the effects, which makes her that much more committed to the routine.

“My focus isn’t as sharp, my mood isn’t as positive, and I physically don’t feel great,” she says. “As silly as it may sound, I am so grateful I can run and try to never take it for granted.” 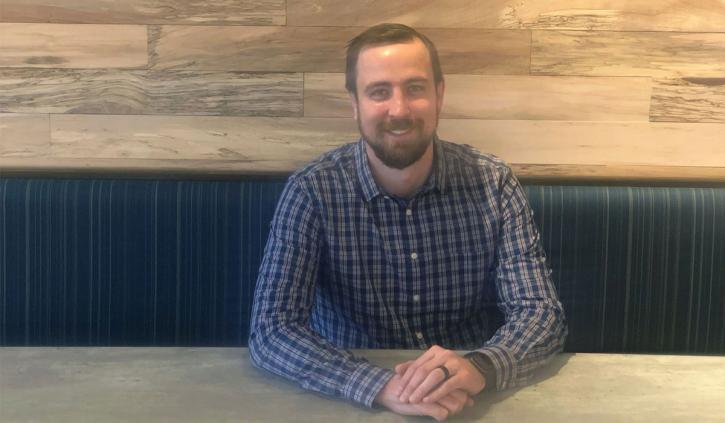 When Steve Majkrzak looked around at the employees of his Pancheros restaurant in North Dakota six years ago, he could point to multiple smokers within his ranks. Given the consequences of smoking—increased risks of heart disease, stroke, and lung cancer among them—the reality disturbed him.

So, Majkrzak, a former smoker himself, issued a challenge to his staff.

“I told them that if they quit smoking for the next four weeks, I’d give them $150,” says Majkrzak, a Pancheros franchisee since 2007.

About half the smokers on his employee roster participated, and Majkrzak handed the $150 reward to about a third of those individuals after four weeks. “The positive reinforcement we gave is what they were looking for,” he says.

Today, Majkrzak, who operates three Pancheros units—two in North Dakota and one in Minnesota, employing a combined 65 people—has formalized his smoking cessation program. Any employee who kicks the habit receives $150 every three months for up to two years. To date, Markrzak estimates that his honor system–based program has helped upward of 20 employees quit smoking over the last six years.

“I’ve seen a quantum leap ahead with these individuals,” he says. “They’re eating healthier, going to the gym, and out being active.”

And that’s translated into results at Majkrzak’s restaurants, too.

“I truly believe healthy employees outside of work make better employees inside the restaurant,” he says, “and their increased productivity here is 10 times greater than the investment.” 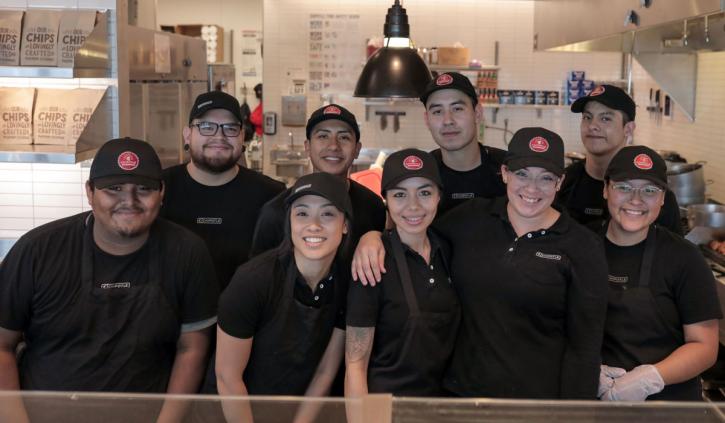 Chipotle is getting serious about the health of its employees.

Starting this year, the Newport Beach, California–based fast casual has expanded its employee assistance program to all employees, opening the door to improved physical, mental, and financial health for more than 80,000 employees across its system.

According to Chipotle chief people officer Marissa Andrada, the expanded offerings include confidential, 24/7 access to a licensed professional counselor for any personal, professional, mental, financial, or legal concerns, as well as access to health advocate experts tasked to help employees navigate any healthcare issue, such as finding care, researching costs, understanding treatment plans, or negotiating bills.

“Employees are our greatest asset, [and] we want to provide as much support as we can to empower them and their families as they navigate their personal and professional journeys,” Andrada says.

With employees sitting at the center of Chipotle’s aim to “Cultivate A Better World,” Andrada says it was important to create a culture in which employees can thrive and pursue their passions while bringing their “best selves” to work.

“Our employees are at the center of consistently preparing and serving our real food to customers, and we want to ensure that they have the personal confidence to do so,” she says.