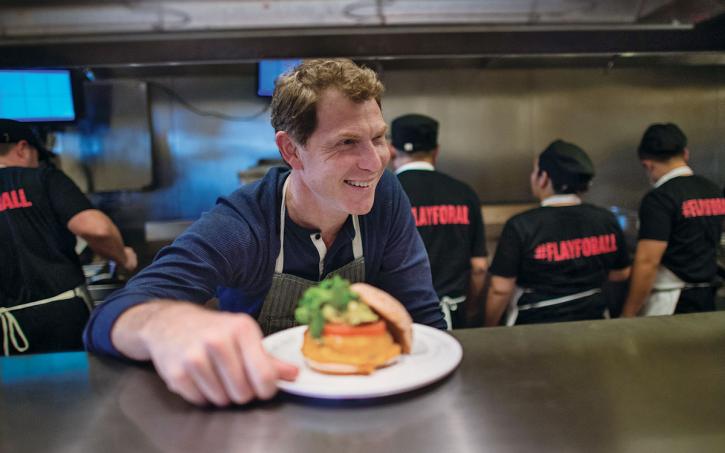 Bobby’s Burger Palace had a distinct advantage over other brands when it opened its first location on Long Island in 2008. For one, chef Bobby Flay was already a household name thanks to his collection of fine-dining concepts like Mesa Grill and Bobby Flay Steak, as well as appearances on several Food Network shows. Add to that the fact that better burgers were just starting to heat up the fast-casual segment, and the concept struck right when the iron was hot. But the celebrity chef’s foray into fast casual was not just a calculated business plan; it was also a passion project.

“[Flay] enjoys one thing when he’s not in the kitchen, and that’s a burger. … It’s truly what he enjoys,” says Sharon Cooper, director of brand marketing for Bobby’s Burger Palace, which now has 17 locations. “It also allowed Bobby Flay to be available to the masses. We even have this tagline, ‘Flay for All.’”

Expansion has ramped up recently, and last year the brand began franchising, which Cooper says has already generated a great deal of interest. The first franchised store is also its first airport location, in Atlanta’s Hartsfield-Jackson International Airport.

“It’s just been a whole new ballgame for us,” Cooper says of the forthcoming store. “We’re super excited for what that location and traffic will bring for the future of the brand and also just from an exposure perspective.”

Indeed, Atlanta boasts the world’s busiest airport, with some 100 million travelers passing through each year; it’s bound to extend the brand’s reach even further. Already, Cooper points out, Bobby’s Burger Palace has stores in tourist-heavy areas like Washington, D.C.; the Las Vegas Strip; and bustling casinos in Ohio and Connecticut.

In honor of its 10th anniversary, the brand held a special celebration at its original Long Island location in July. Not only was Flay at hand, but so were many staffers who have been there since the very beginning. “We were really just thanking everybody for it being the start of where Bobby’s Burger Palace and this 10-year venture began,” Cooper says. 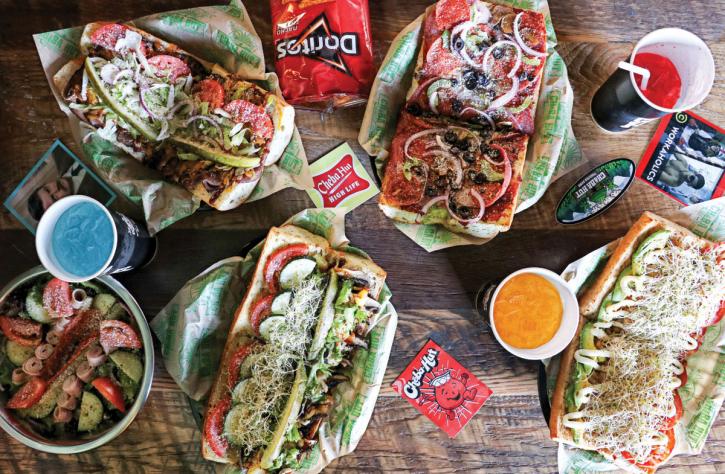 By the company’s own account, Cheba Hut wasn’t founded with an eye on growth or big financial success. But as it turns out, founder Scott Jennings’ counterculture approach to business—beyond its playful marijuana theme—was the sandwich brand’s keystone. After all, financial strategy can be refined over time, but without a solid foundation, it’s an exercise in futility.

In the 20 years since the first store opened, Cheba Hut has stayed the course with its mission. While it has franchised locations, it is also continuing to grow its corporate presence; three of the four new stores opening this year are company owned. It’s a great way to test new menu items and programs instead of asking operators to foot the cost of such pilots, Larsen says.

Another game-changer for Cheba Hut? Members of its corporate team, including Larsen, are franchisees themselves.

“It’s good because I can speak truthfully from both sides. If it doesn’t make sense as a franchisee, I can voice my concerns. There’s more credence there than a typical corporate employee,” Larsen says. “It gives you street cred.”

The corporate team remains small, but the longevity of its young leadership speaks volumes—particularly in an industry with rampant turnover. Larsen, who is 36, has been with the company about 14 years, while COO Marc Torres, 34, started working at Cheba Hut when he was in college.

In addition to its enviable culture, Cheba Hut works to distinguish itself from other sandwich players by “pining over details and discussing the menu,” Larsen says. The brand has resisted backpedaling on quality even if it costs more, and a dozen years ago, it bolstered the menu with local beer and spirits.

Cheba Hut aims to saturate the markets it’s already in, but also aggressively target new ones like California, Illinois, and Texas—the last of which has shown the most interest of any other state.

“Our sweet spot for new markets is a minimum of three stores, especially when we roll into new markets,” Larsen says. “Wherever it may be ... put your flag down and open fast.” 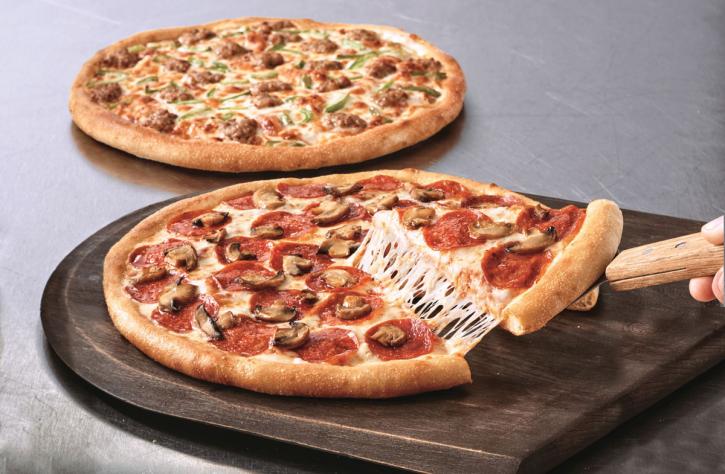 Looking back 40 years, Marco’s Pizza is a tale of two brands. That’s how marked the change was when Jack Butorac joined the team in early 2003 and shepharded in a new era of aggressive expansion.

Butorac had retired from the foodservice C-suite and was working as a consultant. He stumbled upon Marco’s Pizza. Beyond the product’s quality, what struck Butorac was the consistency across stores. The locations themselves varied greatly in appearance, but the pizza itself remained the same. So when he met founder Pasquale “Pat” Giammarco, he told him as much. “I said, ‘Congrats, you own a national brand and you don’t know it.’ That comment started him thinking. I went through my history of taking concepts and learning how to package them.  I said, ‘You’ve done the hard part—the Ray Kroc thing,’” Butorac says.

Giammarco, who immigrated to the U.S. in his youth, had perfected the “authentic Italian” style pizza and carved a niche for himself around Ohio, but expansion was mostly limited to family members. He did not enjoy working with franchisees, which was Butorac’s forte.

“I’m not a food guy, I’m a business guy. I can take what you’ve created; you’ve already systemized it,” he says. Butorac started as a consultant for Marco’s, and by January 2004 he and Giammarco bought the franchise rights. At the time, the major pizza chains only accounted for about half the category, Butorac says, compared with other foods like burgers, in which a few players comprised close to 80 percent. Since then, growth has continued to compound—something

Butorac credits to the establishment of a master franchise program and a well-assembled team of industry vets, including David Black and Tony Libardi. 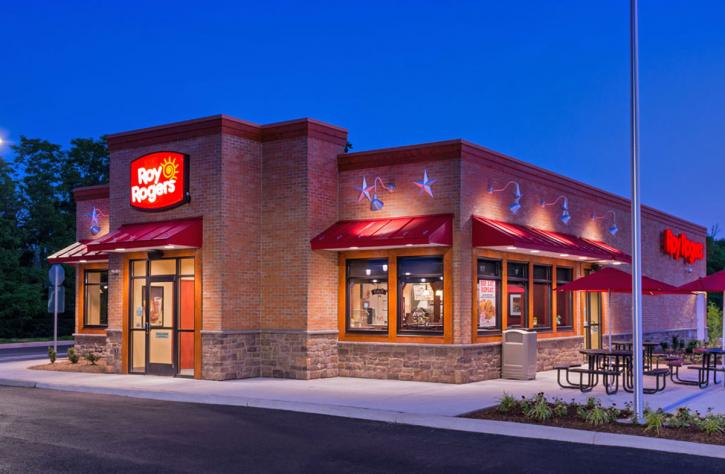 Like most 50-year-olds, Roy Rogers has had a number of twists and turns over the decades. And like nearly all restaurants to reach such an age, it’s faced down its own demise only to emerge with a stronger resolve.

“Following a near fatal blow at the hands of owners who were more interested in our real estate than our retaining that leadership role, we are proud to say that Roy Rogers is now in the hands of an organization fiercely committed to its success and is once again on the grow,” writes co-owner Jim Plamondon in an email.

Plamondon’s father was instrumental in the early days of Roy Rogers; the concept was founded under the Marriott Corporation, where Pete Plamondon Sr. led its restaurant division. In the late ’70s, he left Marriott to become a franchisee himself.

Roy Rogers had reached 648 stores before its sale to Hardee’s parent company in 1990. The company tried to convert Roy Rogers into Hardee’s, and when that failed, it sold to other brands like Burger King and Wendy’s. Plamondon and his brother Pete Jr. bought their father’s franchise business in 1998, and four years later bought the trademark and right to franchise. By then, the chain had dwindled to fewer than 100 units.

The Plamondons closed additional units, culling operators who weren’t on the same page. Now with a goal of opening four to six units each year, Roy Rogers is targeting former markets and seeking strong operators to drive growth. It’s an undertaking that, Plamondon says, is bolstered by the appointment of Mark Jenkins as senior director of marketing in June, and Jeremy Biser as executive vice president in April.

Roy Rogers is celebrating the big 5-0 with a year’s worth of LTOs, price rollbacks, and special merchandise. The brand even teamed up with baseball legend Cal Ripken Jr. to offer limited-edition commemorative cups, with the proceeds benefitting the Cal Ripken Sr. Foundation, which works with at-risk youths.