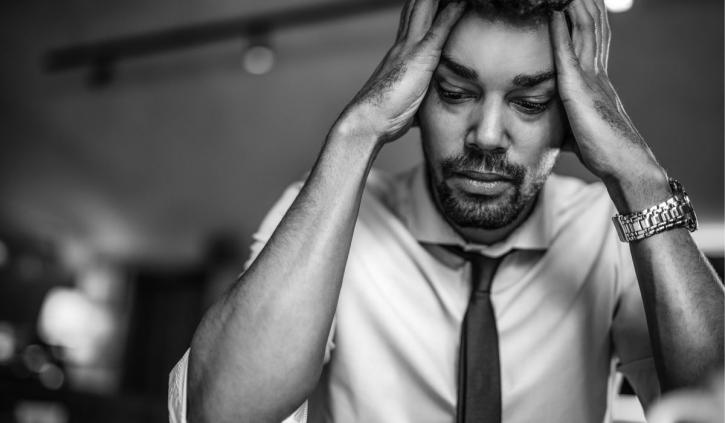 Issues to grapple with

With so many moving parts—from real estate to HR to marketing—the issues that restaurateurs must juggle all at once transcend food. And as the industry rapidly evolves, the list of things operators have to worry about can seem endless.

To better understand those concerns, we asked operators about the things that keep them up at night—those festering worries that linger long after the lights go out. Here’s a look at what they said and how experts think they should react. 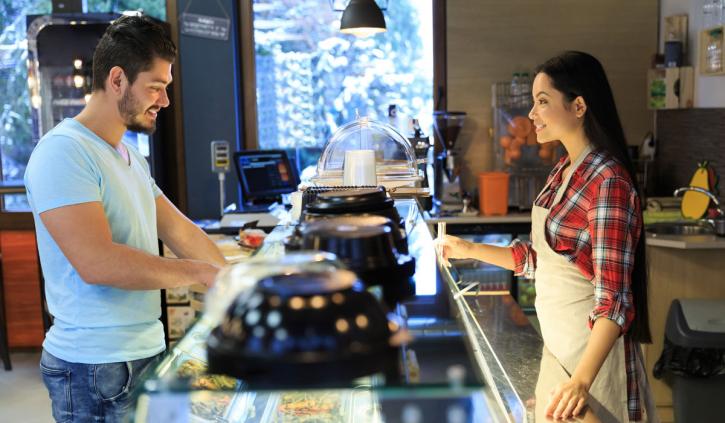 1. How do I find and keep great employees?

It takes a lot of bodies—about 13,000, in fact—to run GPS Hospitality’s nearly 500 Burger King, Pizza Hut, and Popeyes Louisiana Kitchen restaurants. That’s enough people to cause headaches during the best of times. But today’s labor shortage has made the issue even more top of mind for Carmen Gianguzzo, vice president of operations for the 13-state franchise group.

It’s a problem across the industry as the nation’s booming economy has driven local unemployment rates to record lows. Like many operators, GPS has hiked wages for entry-level workers and management. Yet its restaurants compete with everyone else for the best talent; for example, Gianguzzo says stores in Mobile, Alabama, share a labor pool with an Amazon warehouse, which can pay as much as $19 an hour. When hiring, GPS may interview 10–15 candidates before landing on the right one.

With workers commanding control in the market, Gianguzzo says things like culture and flexible shift schedules are just as important as the digits on a paycheck. GPS also touts the work-your-way-up opportunities that abound, with plenty of examples of general managers ascending to district managers or directors going on to become vice presidents.

But it’s a never-ending challenge to hire and retain the best people—and one that can affect the customer experience.

That’s what makes the labor crunch more than just a nuisance for restaurants: “The employee’s experience is always going to reflect on the guest experience,” says Chronic Tacos CEO Michael Mohammed.

With more job openings than job candidates, Mohammed says, it often feels like applicants are interviewing the company, rather than the other way around. He’s found that younger generations value stability and long-term opportunities as much as wages.

In some ways, the challenge to hire resembles the struggle to win over new customers; Mohammed says the 60-unit Chronic Tacos must do its best to tell its brand story online, as customers and prospective employees alike generally do their own research before making a decision.

“You’re selling yourself before you even begin,” he says. “For a good operator, for a good employee, there’s more opportunities out there than there are of them. And I think they know that.”

The good news about today’s tight labor pool is that it’s ubiquitous; no brands are immune. Yet nearly all can work to use their labor dollars more efficiently, says Juan Martinez, principal at consultancy Profitality.

To retain workers, Martinez has seen some operators increase pay but reduce the total workforce, though that can stress employees and hurt the employee experience. He says restaurants can focus more on catering orders, which require less labor dollars than traditional orders. Likewise, he says now is a good time to weigh technological upgrades and prepared food supplies that can cut labor requirements.

He urges operators to re-examine schedules and build shifts around measurable objectives—like how many burgers or pizzas will be sold and how long it takes to complete that work. Even transitioning early-morning prep shifts to peak hours can help shave labor costs.

“There are many things that are not [related to] guest service, where you have a lot more leeway,” he says. “[But] typically what happens is humans just go back to their old habits.” 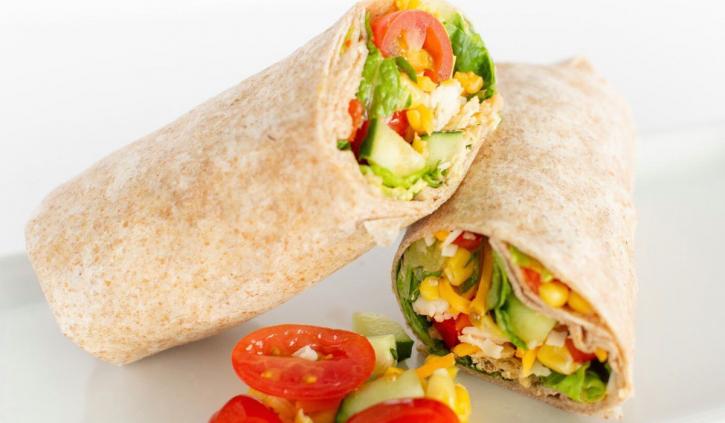 2. How much should I be innovating?

For Robert Lee, the pace of change in the industry can leave him with nagging FOMO—fear of missing out. Lee, CEO of Coolgreens, frequently wonders if he’s doing enough to keep the salad chain moving forward.

Lee says his nine-unit chain can’t be first to market with every new technology. But sitting still isn’t an option, either. The company recently introduced combination ovens that use steam and convection heat, allowing the chain to quickly cook meats and vegetables. It reworked the production line to add warm grain bowls to the menu. And it recently debuted “smart fridges” that allow customers to manually grab a salad or wrap from the high-tech coolers in airports or other nontraditional locations.

Lee says he constantly thinks about   what’s on tap for the next 3 months, 6 months, or year to stay fresh. At the same time, he knows that too much innovation—or innovation for innovation’s sake—isn’t healthy either. “We could certainly get lost not only on losing out on innovation, but also taking on too much to where it just floods us,” he says.

Aaron Allen, CEO of consultancy Aaron Allen & Associates, says brands should stick to changes that actually improve things for guests or employees. But a balance is needed. Operators must guard against the distraction of too much innovation. But they also have to ensure they don’t get too lost in the day-to-day challenges of running a restaurant that they lose sight of the larger picture.

“You end up right in the oven like Hansel and Gretel if you just follow the breadcrumbs in front of you,” Allen says. 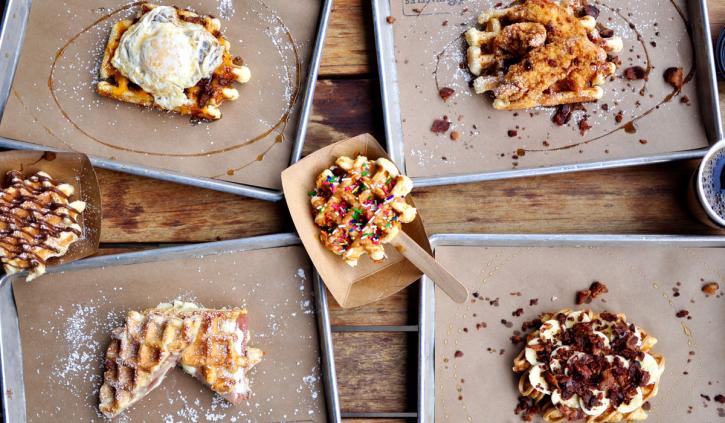 3. How do I get customers in the door?

Bryan Lewis, founder and CEO of Press Waffle Co., believes he has something unique and great to offer in his waffle concept. If he can get a diner in the door, he’s confident he can turn them into a customer for life.

But getting them there is a constant concern.

The Dallas-based chain got early attention with its appearance on television’s “Shark Tank,” not to mention an investment from mogul Barbara Corcoran. But reaching new customers “without just pouring money into digital marketing” is a constant struggle for new and established stores alike.

“It’s one thing for somebody to like a post from Instagram from the comfort of their couch,” he says. “It’s another thing to have them get up off their couch and drive to the store.”

Allen says today’s digital world actually makes it easier than ever for restaurants to get noticed. He suggests operators set aside 3–6 percent of projected revenues for marketing. But they must make those investments well before opening, too. Otherwise, “you get so far behind you can never catch up again,” Allen says.

Nowadays, good service, food, and atmosphere aren’t enough to grow a restaurant chain—operators must have a differentiator, he says. And brands must be able to clearly articulate their identities.

“You only sell differences, not similarities,” Allen says. 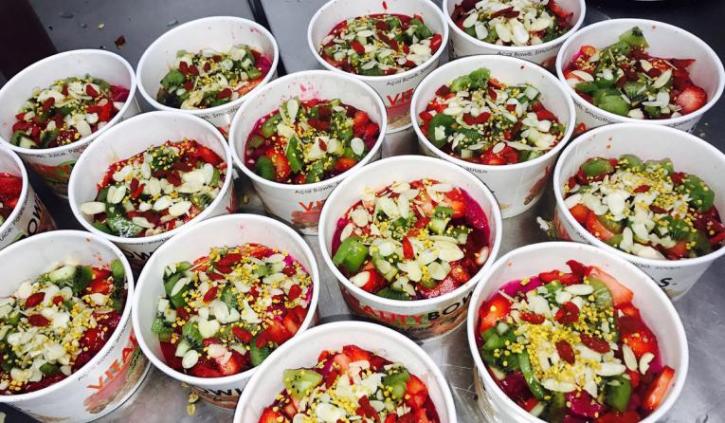 4. How do I ensure franchisees’ success?

For Tara Gilad, it’s the things she can’t control that worry her.

The cofounder and COO of Vitality Bowls feels an obligation to help franchisees succeed. With 78 units and 143 more on the way, Vitality Bowls will naturally have some operators that rank at the bottom. But Gilad says it’s tormenting to see one on the verge of failure.

The company works to coach struggling operators, she says. But they don’t always follow through, and sometimes they’re unwilling to make needed investments. “You can lead a horse to water, but you can’t make it drink, right?” she says. “So we can give them all the tools to make a store successful, but we can’t make them, for example, do local-store marketing, which we know will help increase sales.”

Franchisees generally struggle because of distractions in their personal lives. In those cases, Vitality Bowls works to sell those stores and get new ownership in to turn things around.

The largest operators generally remove poor-performing franchisees, rework their stores, and eventually refranchise them, he says. But he believes some smaller franchise groups and brands that lack corporate stores wait too long to intervene.

“Franchisees need clear guidance regularly,” he says, “and must be held accountable to follow company standards.” 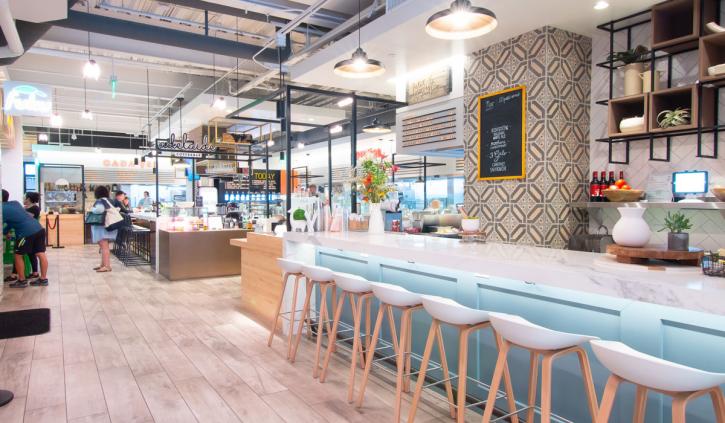 5. How can I thrive in the long-term?

The rise of social media continues to shrink the size of our world—a phenomenon that has intensified the pace of change in the restaurant world. And consumer preferences can change overnight, says John Kolaski, founder and CEO of K2 Restaurants.

That means restaurants, whether they specialize in burgers or salads, must stay ahead of rapidly changing food trends—and move quickly.

“That’s what people are expecting to happen,” Kolaski says. “And they expect it in the now.”

K2 operates original concepts and partners with other operators, like the fried chicken concept Fuku, from restaurateur David Chang. The company’s SocialEats food hall, though, is aimed at the future. It works as an incubator of sorts. For example, the Japanese-inspired Supertoro concept thrived in the food hall, which propelled its evolution into a standalone concept. And SocialEats’ flexible space allows K2 to nix a concept if it doesn’t resonate, without spending hundreds of thousands of dollars on a dedicated store.

With restaurants failing all the time, Kolaski realizes the future isn’t guaranteed. But he’s committed to staying ahead of trends and adapting to offer the food and experience customers want.

That sort of outlook is increasingly important, Reinstein says. The industry is moving at such a rapid clip that no concepts are guaranteed to last. Aside from looking ahead, he says, every brand must identify a clear point of differentiation.

“It’s very hard to stay on top,” he says. “You could be one of the most successful restaurants around, but all it takes is a strong competitor to come down the street and suddenly you’re not so successful anymore.”

On their website, K2 leaders tout their role as “storytellers.” That’s exactly how Reinstein suggests operators think about their brands as they shape their future.

“You have to think of it as a novel,” he says. “It’s a continuous story, and you have to use social media to tell the story and keep people at the edge of their seat to see what comes next.”