5 Restaurants that Struck it Big after Shark Tank 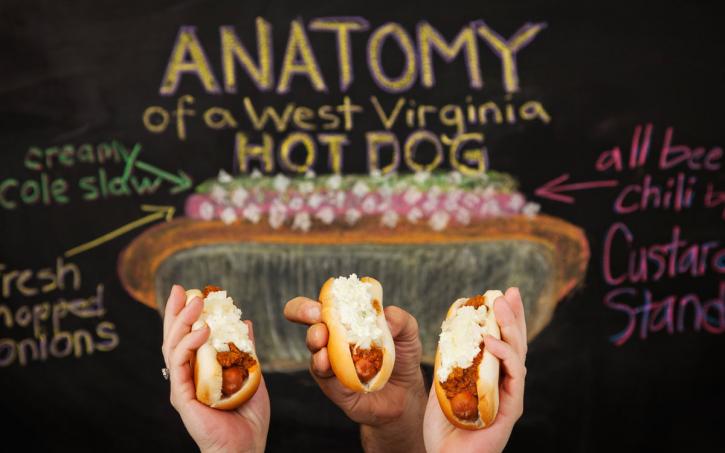 What they got: No deal was reached during the show.

“Shark Tank” viewers love a good origin story, and Custard Stand, which started in West Virginia as an ice cream pickup window all the way back in 1991, has that in spades. Husband-and-wife team Dee and Angie Cowger quickly realized that they could move the business beyond frozen treats, and soon added Angie’s family’s secret chili recipe to the menu. The chili proved to be so popular that the Cowgers founded Custard Stand Foods to mass-produce and sell their product.

When the couple brought Custard Stand to the Sharks, their goal was to secure funding to increase their reach from regional to national. Though no Sharks bit, they received very positive feedback on the product and concept, and have still seen great benefits from the appearance. “We ended up with a 20 percent annual sales increase, which we’ve maintained the last two years,” says Angie. And despite the disappointment in the moment, she says doing the show was a great decision. “We enjoyed our ‘Shark Tank’ experience and would do it again. If you believe in yourself and your products and work hard, you can’t let any opportunities pass you by.” 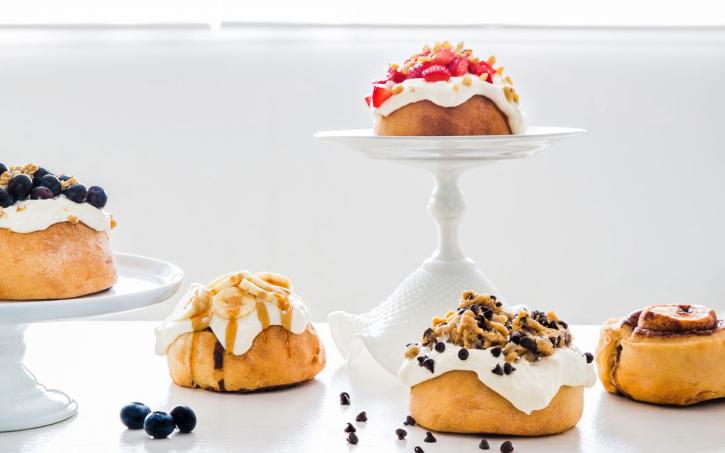 What they got: Robert Herjavec offered them just that, but Cinnaholic turned down the deal after the show “due to differences in vision for Cinnaholic’s future success and profit.”

The “Shark Tank” team knows a good idea when they taste it, and vegan, gourmet cinnamon roll shop Cinnaholic proved to be irresistible. Founded by husband-and-wife team Florian and Shannon Radke, the now-chain opened its first store in Berkeley, California in 2009. The couple, who met through a couchsurfing website, decided to take Shannon’s baking skills, Florian’s business and marketing knowledge, and their combined love for animals, and turn it into a business. Thus Cinnaholic was born. Since day one, they’ve had lines out the door for their customizable treats, which offer more than 30 different options for toppings, including strawberries, Oreo crumbles (which are vegan), and marshmallow frosting.

Appearing on the show, the Radkes asked for $200,000 in order to expand their franchise model, and Shark Robert Herjavec took them up on it. Cinnaholic ultimately decided to turn down the offer, though, as Herjavec wanted to focus on the retail and shipping potential of the business, while the Radkes were looking to increase their storefront presence.

There are now 24 Cinnaholic locations nationwide, as well as five in Canada, with plans to open more. 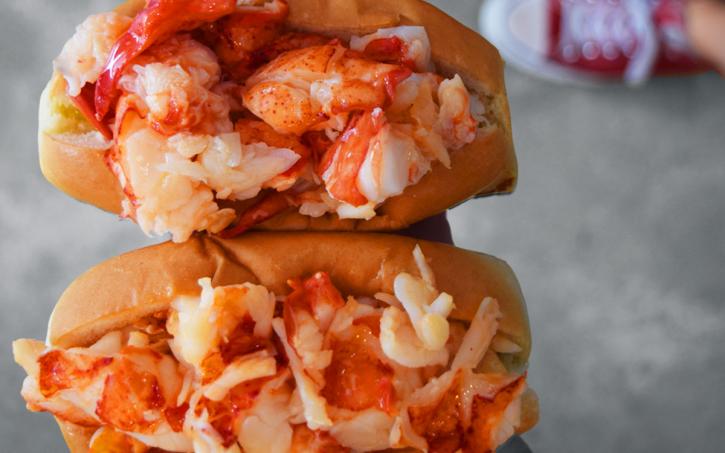 Though some places might use family as no more than a marketing gimmick, the pair behind Cousins Maine Lobster are truly related, having grown up together on the East Coast before reconnecting as adults in California. It was 2011 and the beginning of the food truck craze, and cousins Sabin Lomac and Jim Tselikis identified a hole in the market: fresh seafood, particularly lobster rolls. Though their restaurant experience was minimal, the two had passion, and that carried them through to the launch of their first food truck in 2012, which immediately attracted lines 50–60 people deep.

Unbeknownst to Sabin and Jim, producers from Shark Tank were some of their earliest customers. When the show approached them about pitching their new business, the cousins actually turned down the opportunity—twice—because they didn’t feel they were ready. Eventually, though, their confidence blossomed and they appeared on “Shark Tank” with a specific goal in mind—to secure the mentorship of Barbara Corcoran.

She was as impressed by their delicious food as their affability and business sense, and Corcoran has been an integral part of Cousins Maine Lobster ever since. Together, the trio have launched food trucks in 13 cities, as well as a booming business shipping fresh seafood products. Next on the horizon? Brick-and-mortar restaurants. And maybe a vacation. 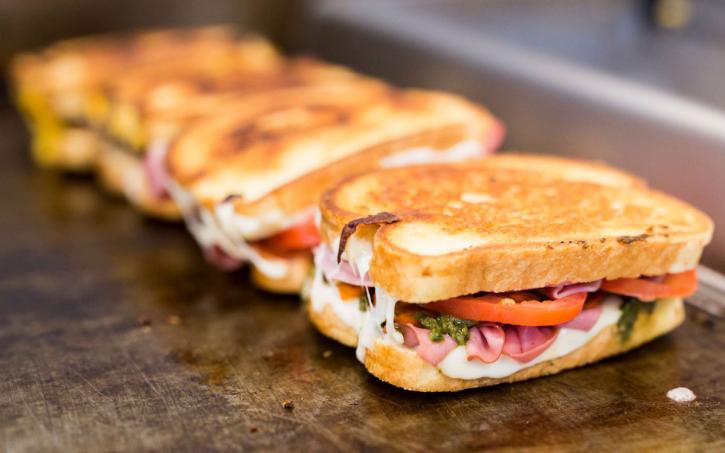 What they got: Mark Cuban forked up $300,000 for 15 percent and went in with Barbara Corcoran, who did the same, for a total of $600,000 for 30 percent. Cuban backed out of the deal after trying to push for corporate growth instead of franchise. Corcoran stayed in with an undisclosed deal.

The restaurant industry is tough, as all “Shark Tank” aficionados will know. But Cincinnati chain Tom + Chee, founded by Trew Quackenbush and Corey Ward, seemed to have what it took to survive in dangerous waters. The gourmet grilled-cheese-and-tomato-soup concept had grown steadily over the four years before its 2013 “Shark Tank” appearance, and when two Sharks—Barbara Corcoran and Mark Cuban—agreed to invest, it seemed that the brand had nowhere to go but up. The appearance reportedly drew 2,400 inquiries from prospective franchisees.

Rapid expansion can be a dangerous game, though, and Tom + Chee’s goal of having “hundreds and hundreds” of stores across the country within a few years made Corcoran and Cuban wary. Cuban decided to back out of the deal, while Corcoran dramatically reduced her equity. In 2017, Tom + Chee was forced to close a number of its brick-and-mortar locations, though an acquisition by Cincinnati-based Gold Star Chili kept it going. It had grown to at least 35 locations before scaling back to about 23. The parent company now plans to reduce costs through shrinking the brand’s physical footprint, as well as reevaluating the menu. There are currently 18 locations, according to Tom + Chee's website. 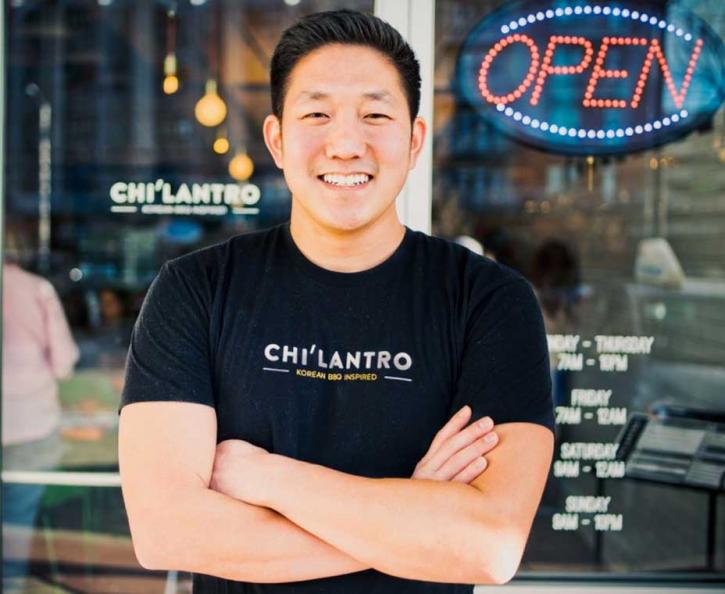 “Shark Tank” participants know that when they have a restaurant concept, Barbara Corcoran is a good target. With a keen interest in the hospitality industry, she’s the Shark that many entrepreneurs target when they have a brilliant food-and-beverage idea. That’s exactly what Jae Kim, the force behind the Austin-based Korean BBQ-Mexican brand Chi’lantro did. His flavor of Asian fusion is part of a trend that is still going strong; if you’ve ever seen kimchi fries on a menu, you probably have Kim to thank.

After two successful attempts, Kim finally landed a spot on “Shark Tank,” where he was finally able to connect with Corcoran. It turned out to be the right strategy, because she invested $600,000 to help expand the brand’s footprint. With seven locations across Texas and dreams of more on the horizon, it’s clear that Chi’lantro is far more than just a big fish in a small pond. In 2017, Kim said Chi’lantro was generating $9 million in annual sales.