7 Emerging Dallas Fast Casuals to Keep on Your Radar 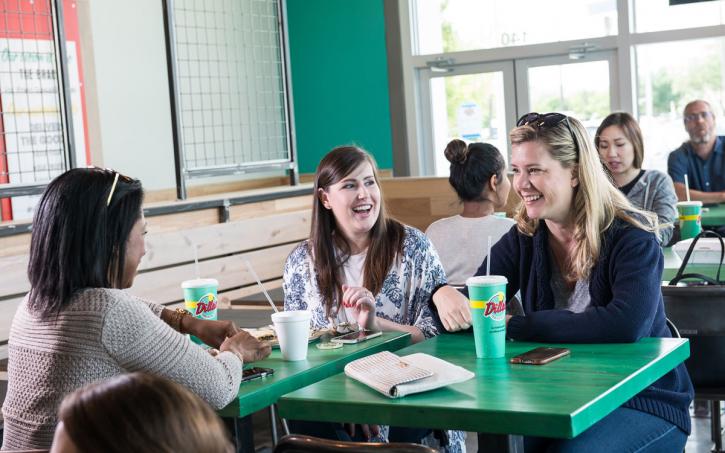 The Lone Star State's third-largest city may be home to the Dallas Cowboys, but it’s also home to some of the best fast casual chains in the country. Many of these restaurants feature wholesome, customizable menus that take food back to the basics without skimping on convenience, flavor, or variety, offering customers a plethora of bites and beverages. Fast casuals of all stripes are planting their roots in the city, a scene that’s ripe for expansion.

QSR will visit Dallas on August 15 for a Fast Casual Meet Up, where fast-casual owners, operators, execs, managers, and employees can network with each other and the QSR editors over fresh bites, brews, and conversation at City Works in Frisco (right next to The Star). Click here for more information and to RSVP for this free event.

Check out these seven up-and-coming concepts in Dallas worth keeping an eye on. 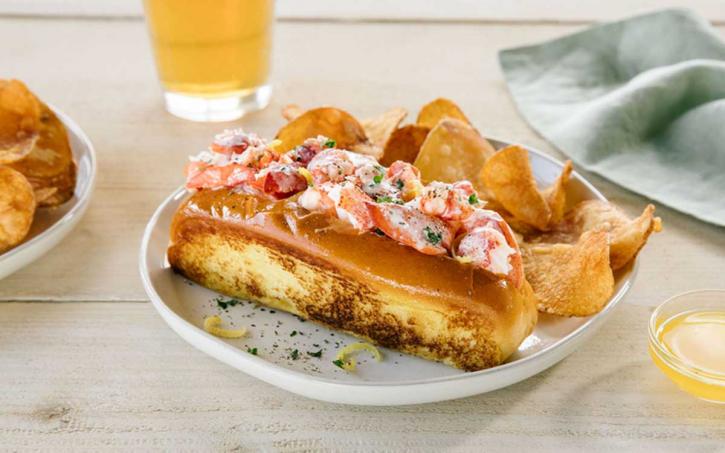 Graduating from college during the Great Recession, Hunter Pond did what many others his age did: He went back to college, hoping the job opportunities would reappear on the other side of a graduate degree. But in the midst of law school, Pond found himself daydreaming of becoming a restaurateur. He quit school, went to work as a dishwasher at a pizza joint, and started putting together a business plan.

"I started studying the market, and I thought that my best chance to succeed was if I identified a void in the marketplace and exploited it," Pond told QSR in 2017. "It's what any good businessman does." That void, Pond discovered, was gourmet sandwiches. And after bootstrapping $450,000 from friends and family and designing the menu himself, Pond opened the first East Hampton near Southern Methodist University's campus in Dallas in 2012.

East Hampton's sandwich options are decidedly upscale, with options ranging from the Roast Chicken & Ranch and the Sweet Chicken Parm for $8.25 to the Balsamic Tenderloin and the Lobster Grilled Cheese for $12.95. Sides include potato salad and sweet potato fries, while there are also salads, chowders, desserts, and a kids' menu.

As for the name, Pond says he wanted to communicate to customers the high level of quality before they even walked in the door. He matched that level of quality with a store design that he says feels like someone's home kitchen.

"I like to describe it as a 50 percent better dining experience with a 15 percent higher price point," he says. 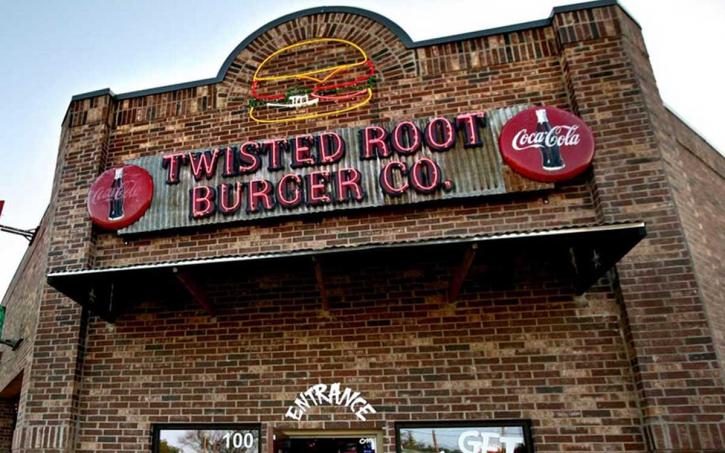 Twisted is an apt description for the Texas-based burger brand started in 2006. Offering build-your-own and specialty versions of the classic limited-service dish, Twisted Root Burger Company emphasizes the customer experience in a market chock-full of other burger concepts.

After opening in Dallas in 2006, Texas-based burger brand Twisted Root has grown to 16 locations—all within the Texas and Louisiana market.

“We’re trying to grow the franchise program slowly and keep it as contiguous as possible, just for the purpose of management and making sure franchisees are doing the right thing,” owner Jason Boso told QSR in January. 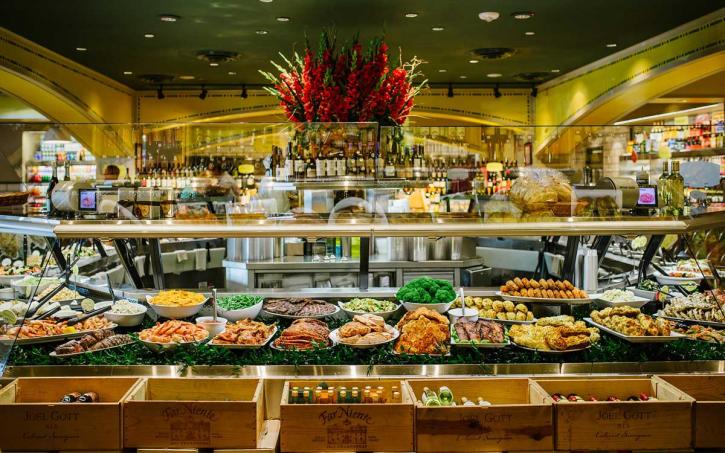 The 23-year-old, Dallas-based concept was ahead of its time when it launched with gourmet, chef-prepared meals served in a convenient format. While most restaurant establishments offer a familiar layout of kitchen, counter, and dining room, Eatzi’s is a blend of the three in one space. Customers buy their food directly in front of chefs preparing it at one of multiple stations throughout the restaurant, which doubles as a gourmet grocery.

The restaurant’s evolution has changed dramatically over the past 23 years, but it has hit a sweet spot when it comes to offerings and its current footprint. There are currently six company-owned locations.

“You can come to Eatzi’s and everybody can find something they want and like,” Eatzi’s CEO Adam Romo says. “We make that easy because we have something for everyone.”

Look out for the full Eatzi's story in the September 2019 issue of QSR. 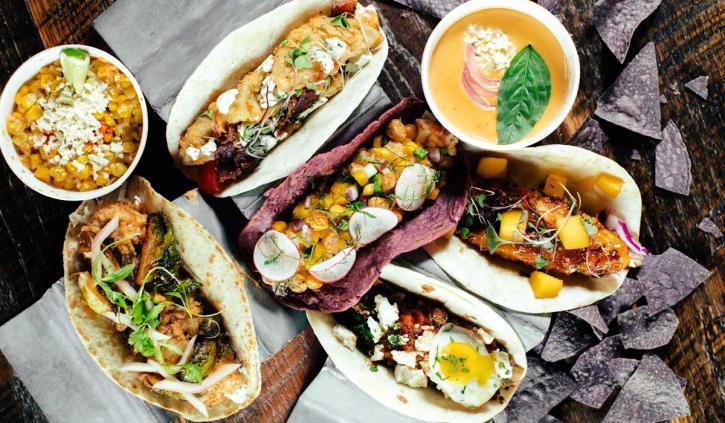 The Dallas-based, self-proclaimed “funky, fast-casual” restaurant uses the freshest ingredients to create interesting tacos each day. Across its 11 locations, the chain takes a multi-cultural approach when coming up with flavors. Even though it is based in Texas, this taco chain doesn’t stick to Tex-Mex flavors in its tacos. Some of the tacos diners will find on the Velvet Taco menu include: Shrimp and Grits, Cuban Pig, Spicy Tikka Chicken, and Ahi Poke. Last fall, four new brunch tacos were added to the menu and are available to order all day. Velvet Taco plans expanding its footprint to Atlanta with a new location opening in the near future. 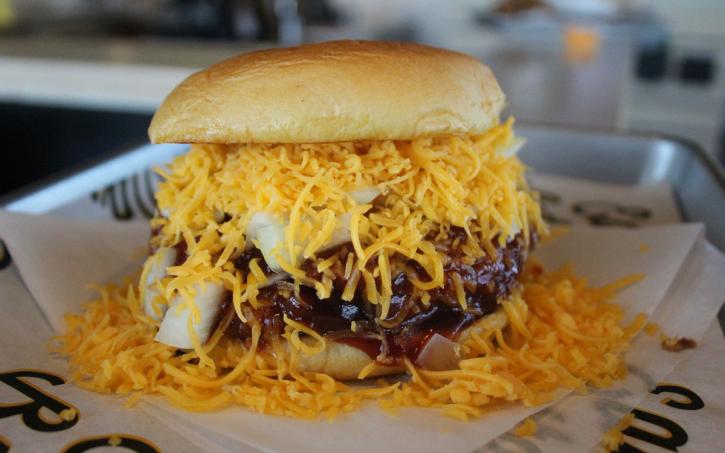 Super Chix began as a YUM! Brands test store in Arlington, Texas. Nick Ouimet, who developed the concept, then partnered with a Dallas-based investment firm to purchase Super Chix from YUM! in 2015 when it was a two-unit chain. Today, there are four locations in the Dallas-Fort Worth market.

SuperChix Holdings LLC set its sight on expansion for the concept, which garnered a devoted following for its hand-dipped fried chicken and frozen custards. The chicken is marinated daily, hand-breaded, and cooked in refined peanut oil for 4 minutes.

“Our philosophy is everyday elevated,” he told QSR in August. “… I am not trying to be uber cheffy. I want to do really good versions of what people like.”

Super Chix is also a couple of years into sporting a new design built by Dallas-based Studio 11. The focal point is a textured white brick wall with hand-drawn images depicting the concept’s many specially sourced, high-quality ingredients. Vegetables are delivered to the restaurant whole every day and sliced by hand. Pickles are thick cut and Texas grown. Only the best, Super Chix says on its site, for what it dubs “The Last True Chicken Sandwich.”

In a border state like Dallas, it can be hard to differentiate a Mexican-focused restaurant from the pack, but Dillas Quesdadillas founder Kyle Gordon did that—with a little help from Napoleon Dynamite. Pronounced “dill-uhs” in reference to a line from the cult classic, Dillas puts a decidedly American twist on quesadillas with nontraditional ingredients like blue cheese, brisket, bacon, and buttermilk ranch. Next up the brand has a joint venture to open 10 more units in East Texas and Louisiana, with a goal of hitting 35 stores by 2025. Dillas Quesadillas recently landed on the QSR’s 40/40 List of America's Hottest Startup Fast Casuals for 2019. 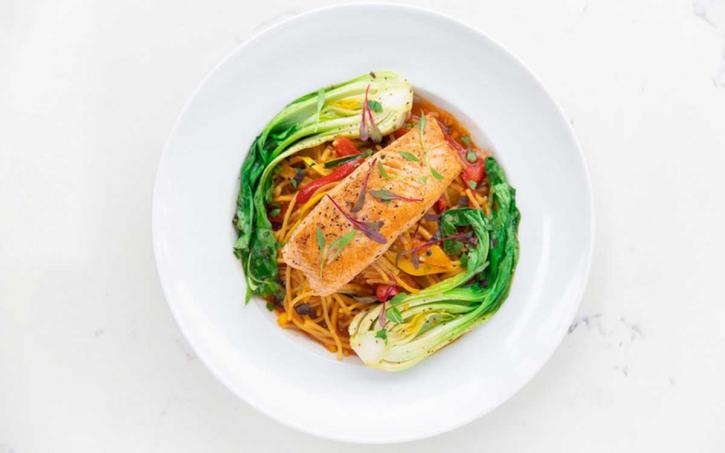 Formerly known as “Ruggles Green,” Bellagreen was the Houston area’s first Certified Green Restaurant company. The concept (a 2018 40/40 List honoree), which was founded in 2008 and rebranded in 2017, requires all units to be at least three-star green certified. That eco-friendly mission is just part of what drives the fast casual. Another is its ability to let guests customize meals based on dietary needs.

In July, Bellagreen announced the opening of its third restaurant in Dallas-Fort Worth and ninth system-wide.