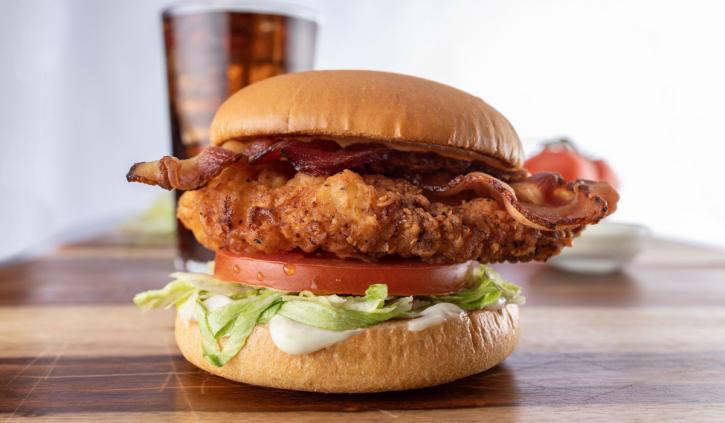 A new year means new opportunities. Here are nine restaurants that are hoping to use the momentum gathered in 2019 to boost themselves to another level in 2020. 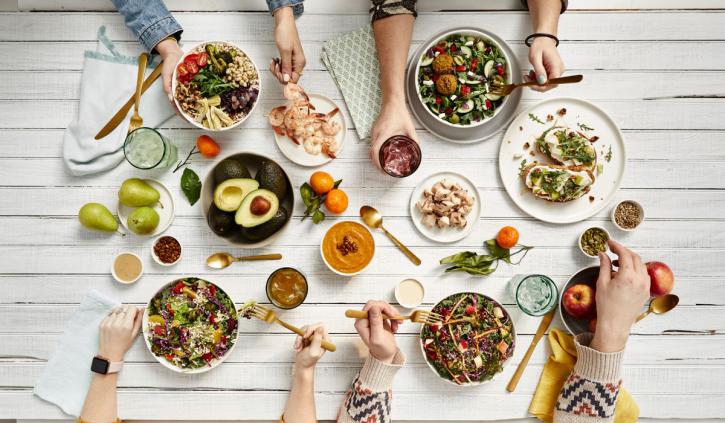 The salad entrée chain is starting off the year with big plans to double its unit size to 200 in 2020, which means averaging about two store openings per week. This lofty goal, however, won’t be accomplished by seeking the traditional, notes CEO Kelly Roddy. The company is looking at everything and anything to expand its reach, particularly with nontraditional avenues like supermarkets, military bases, airports, and universities. In order to capitalize on the growth of off-premises dining, Saladworks will also experiment with ghost kitchens. The 34-year-old company has declared 2020 the “Year of Originality,” and will try to target consumers through personalization, customization, self-expression, connection, and convenience. The strategy is a welcomed turnaround for the chain after it filed Chapter 11 bankruptcy five years ago. Customers should expect to see units pop up all over the map, including 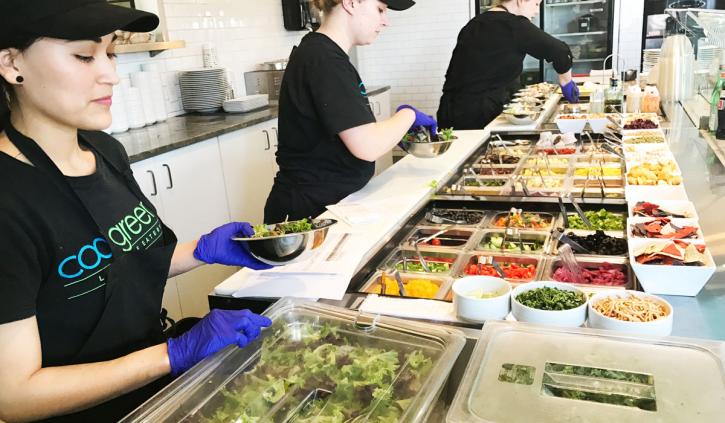 Coolgreens experienced what it described as an unprecedented year in 2019, and CEO Robert Lee doesn’t expect that momentum to slow down in 2020. The company expanded into new markets in 2019, and will continue to do so as it looks to open spots in Omaha, Nebraska, and the Dallas-Fort Worth area. The chain is introducing Coolgreens Market, a smart refrigerator rolling out in the Dallas-Fort-Worth area that will hold signature salads, wraps, and snacks for customers on-the-go. The food will be made in an off-site kitchen and delivered fresh to the fridges; customers can swipe their card and pick their items. Coolgreens is also working to improve operational efficiency and customer convenience by adding equipment that increases speed in the kitchen, testing kiosk ordering, and including a second line for online and to-go orders. This all coincides with a goal to increase off-premises sales by 100 percent. 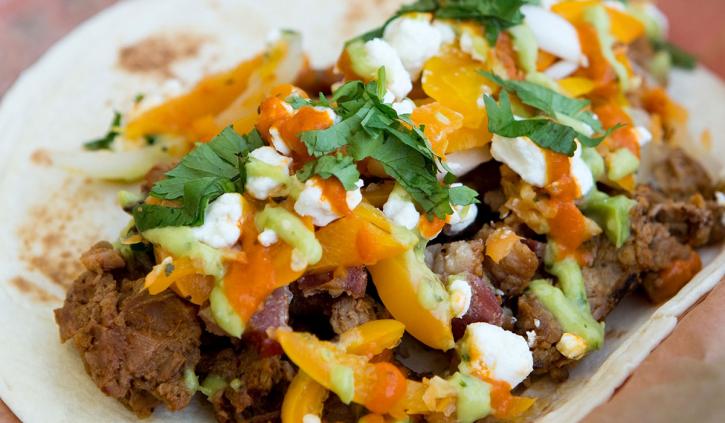 Torchy’s Tacos CEO G.J. Hart said at the ICR Conference in Orlando that tacos aren’t going out of style anytime soon, and the company’s growth plan will test that theory. The chain wants to operate 160 stores in 15 states in three years. Torchy’s, which operates 71 units, has an average-unit volume of $3.8 million per store per year. The taco brand can be found in Texas, Arkansas, Colorado, and Oklahoma; the strategy is to enter unsaturated markets in the West, Midwest, and Southeast as opposed to metropolitan areas. This year, the company will have a system-wide roll out of a new kitchen design that enables handmade tortillas and cooked meats. Torchy’s said this change will result in about a five-minute reduction in wait time, which should play a factor in deliveries and help the brand reach its goal of 50 percent off-premises sales in the next five years.

Slim Chicken’s recent activity has been far from slim. The fast-casual chain is coming off a year in which it surpassed the century mark in unit size and signed agreements for 80 stores. To begin this year, the brand signed another deal for five units in Southeast Oklahoma and Northern Texas via entrepreneur Colt Harmon. The company has more than 350 locations in development, a number that’s a good chunk toward its goal of 600 in the next 10 years. It wants to open at least 30 locations in 2020. The growth attracted an investment from 10 Point Capital in July 2019, a private equity firm that is also behind Tropical Smoothie Café. Slim Chickens prides itself on its 17 house-made dipping sauces and a diverse menu that offers chicken tenders, salads, sandwiches, chicken and waffles, chicken wings, and plenty of sides. The brand, founded in 2003 in Arkansas, has planted its flag in more than a dozen states, Kuwait, and the U.K. 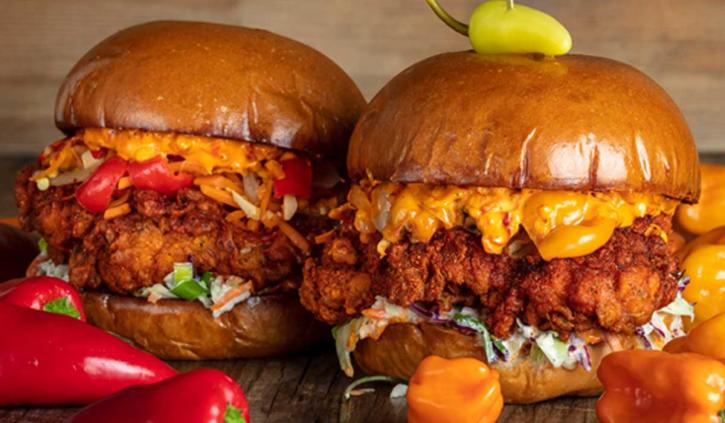 In 2019, Bruxie announced that it was diving into franchising, and the results are beginning to pick up. The brand has signed multiple agreements for 18 locations across California, Colorado, Alabama, Georgia, and Florida. The success isn’t limited to national borders—Bruxie inked deals for 24 international locations in three countries, as well. The chain, known for its fried chicken and waffle sandwiches, expects to open six to 10 locations in the first full year of franchising and roughly 120 stores in the next five years. In June 2019, the brand hired John Ramsay as vice president of franchise development and Danielle Contreras as director of operations to oversee the expansion. The duo has multiple decades of experience developing and planning hundreds of stores for chains like the Coffee Bean & Tea Leaf, TGI Fridays, and Jack in the Box. Bruxie was founded in 2010 in California by founder and chef Kelly Mullarney. 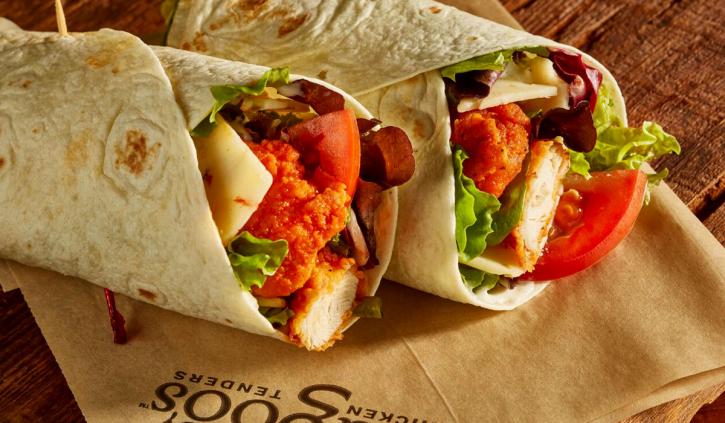 The Central Florida-based chicken chain is in the process of spreading across the Southeast. The company is coming off a 2019 in which it opened its first stores in Georgia and South Florida. Earlier in January, CEO Andy Howard announced the brand sold its 100th franchise, and there are more Florida units scheduled to open in Gainesville, St. Petersburg, Clearwater, Largo, Pinellas Park, and Seminole. Howard expects at least 10 more locations to open in 2020. This growth is combined with an impressive year-over-year same-store sales growth of 16.2 percent in 2019. The unit in Georgia, the first location outside of Florida, is also the first free-standing Huey Magoo’s and features an outdoor patio and drive-thru. Huey Magoo’s is recognized for its hand-breaded chicken tenders, which are made to order, or grilled, and marinated for 24 hours. 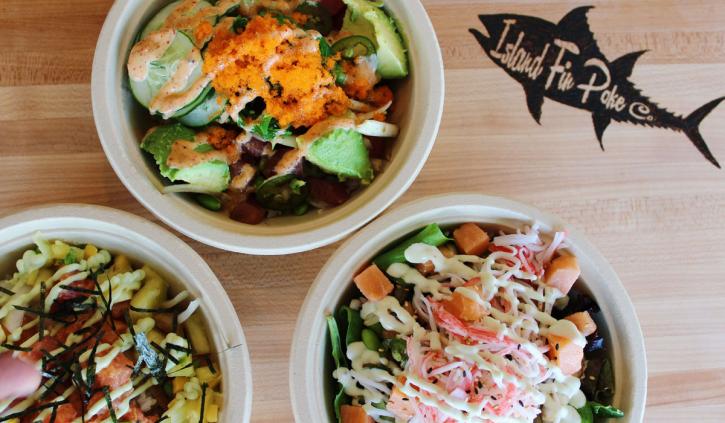 The brand was founded in 2017, but it’s already poised for significant growth in the next few years. Island Fin Poké, which began franchising in 2018, has five locations in Florida, Nevada, and Massachusetts—four opened in the past few months. That number is expected to increase to 15 to 20 units by the end of 2020 and roughly 100 in the next five years. There are stores set to open in Florida, Maryland, Delaware, Nevada, Texas, and Virginia. Island Fin serves its poke with locally sourced ingredients, eight proteins, more than 25 toppings, and homemade sauces. The company was founded by best friends Mark Setterington and Paul Reas, who met in 2004 at a Bahama Breeze in Florida. Island Fin doesn’t use preservatives, frozen products, or artificial coloring and sweeteners. All the ingredients are fresh, or as the brand says, farm-to-fork. 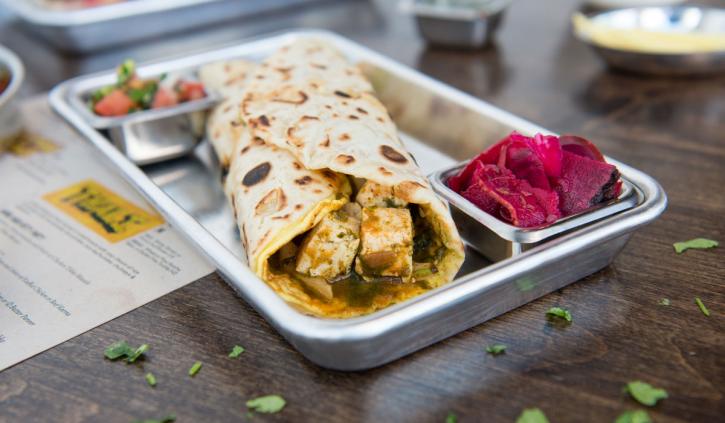 One of co-founder Akash Kapoor’s goals is to raise Indian food to the levels of your typical pizza, taco, and burger food groups. It appears Curry Up Now is headed toward that range, especially after securing an investment from Liquid 2 Ventures, a venture capitalist firm that includes serial angel investor and legendary quarterback Joe Montana. The brand started out as a food truck in 2009, but has since expanded into brick-and-mortar stores. The California-based company continues to increase its unit size with the assistance of Fransmart, a franchise development company. Locations have recently opened in Irvine, California, and Hoboken, New Jersey. Kapoor says the brand has formed a partnership with Olo to assist with mobile ordering and is working with Thanx, a digital engagement platform, to develop a loyalty program for its customers. The signature dishes include burritos, bowls, tacos, naan, and more. 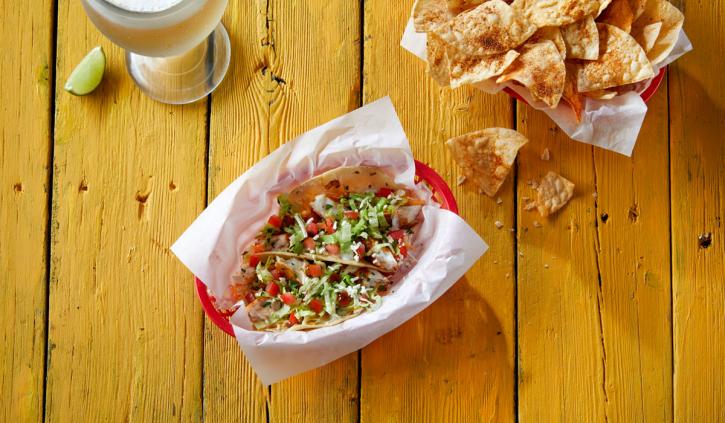 Fuzzy’s Taco Shop began 2016 with 86 locations. Four years later, the restaurant chain is well on its way to doubling that total. The brand has 70 locations in development; the goal is to reach 200 by the end of the year. If that goal is reached, it would translate to a 10 percent growth rate, a statistic chief development officer Michael Mabry said Fuzzy’s Taco should get used to. He projects 12 to 18 percent growth in the next few years. A majority of the units are in Texas, but Mabry told QSR in December there’s opportunities to plant flags in Louisiana, Alabama, Arkansas, and the Carolinas. Fuzzy’s distinguishes itself with a baja-style, beach vibe with marlins mounted on the wall. But franchisees are allowed to get creative, whether it’s decorating said marlin, choosing the music, or putting up local sports memorabilia.