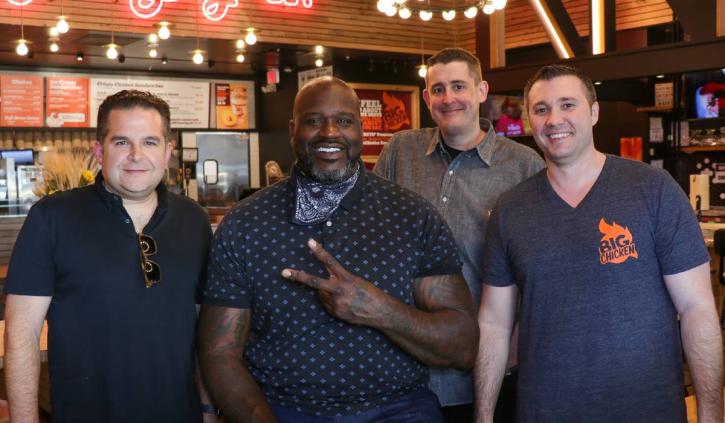 Big Chicken announced it signed a new franchise agreement that will result in 45 units in Florida. The restaurants will be located in the Orlando, Tampa, West Palm Beach, Fort Lauderdale, and Miami areas.

This agreement comes after another deal that will culminate in 40 stores in northern Florida. This pushes the brand’s development pipeline to more than 200 units after only one year of launching its franchising strategy.

“At the time, we weren’t looking to add another franchise brand to our portfolio, but when we came across Big Chicken and looked into the concept, it became a no-brainer,” Fred Burgess, principal, co-founder and co-CEO of DMD Ventures, says.

“Two-hundred units sold in one year is an unbelievable achievement, and I can’t wait to see what this next year has in store for Big Chicken,” CEO of Big Chicken Josh Halpern, says. 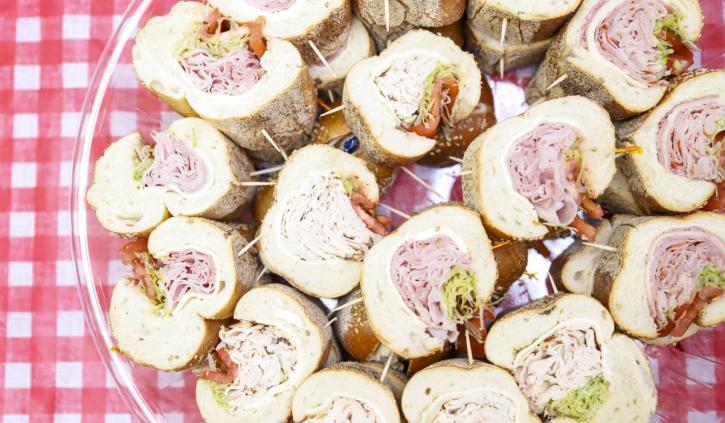 PrimoHoagies has awarded 28 new stores in nine states. The New Jersey-based brand has 140 stores that are set to open by 2023 and 60 more in development after that.

"These milestones are evidence of the hard work everyone is putting in to grow this company's reach," PrimoHoagies owner, president, and CEO Nicholas Papanier Jr, says.

The chain sandwich shop has grown by more than 20 percent in the past three years. The brand also expects to earn $80 million in sales revenue this year. Its newest locations include 16 locations in New Orleans, North Carolina, and Florida. Future plans for expansion include stores in Delaware, Pennsylvania, Texas, and New Jersey 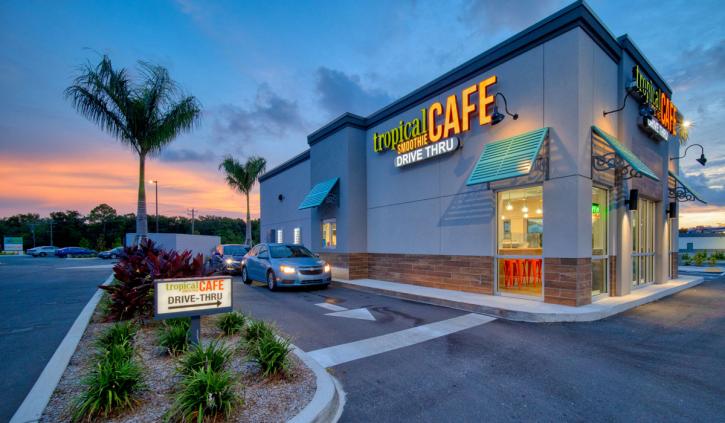 Fast casual Tropical Smoothie is focused on franchise growth in Florida. The brand opened 11 locations in the state between January and August, three of which are in South Florida. This comes with a growing pipeline of multi-unit franchisees that are expanding into new markets.

“Our strategic growth has found a great home in Florida, the very same place where we were ‘Born on a Beach’ in Destin back in 1997,” Cheryl Fletcher, chief development officer of Tropical Smoothie Cafe, says. “Thanks to engaged franchisees throughout the area, we have become a fan-favorite across the state.”

“When looking for a business opportunity for my son and I to share, Tropical Smoothie Cafe was the perfect fit,” Ray Howell says. “Fast forward to today and we have opened 19 locations together with plans for more throughout the state. 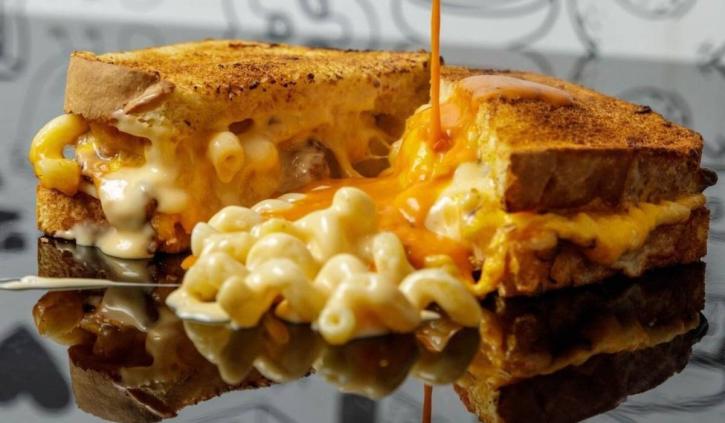 I Heart Mac & Cheese struck an agreement to open its first international location in Richmond Hills, Ontario, Canada. The store will be owned and operated by franchisee Hirad Sorkhab.

“We're pleased and honored to be the first franchisees to bring this new and tasty concept north of the border," Sorkhab says. “Canadians love mac and cheese just like they love their poutine.”

The brand opened its first location in 2016 and began franchising in 2019. It signed 47 franchise agreements in 2021 and has signed agreements for new locations in over 20 new states.

“This is monumental for us,” CEO Steve Giordanella says. “Ontario’s diverse and outstanding culinary scene is the perfect backdrop for our restaurant. We are delighted to bring our award-winning Mac & Cheese to guests in Canada.” 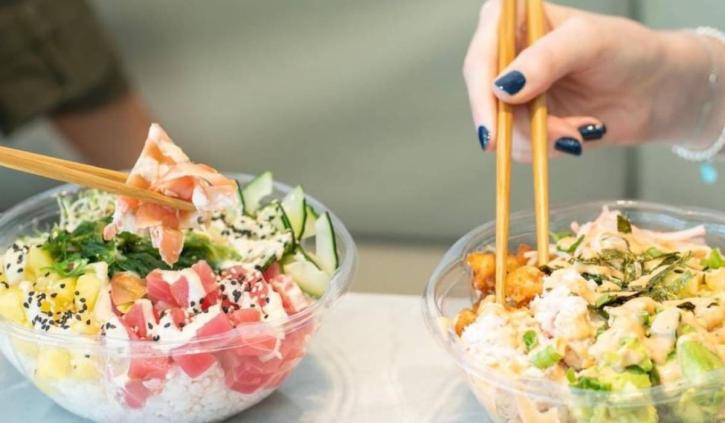 Hawaiian poke bowl concept Pokemoto announced the signing of a franchise agreement in Old Bridge, New Jersey. This is the brand’s second agreement signed in the state and its 44th agreement in total.

“With 44 agreements signed the brand has been busy executing against our growth strategy of opening franchise locations and corporate locations in key markets," CEO Michael Roper says.

The brand has also recently announced the grand openings of new stores in Oxford, Mississippi, Colchester, Connecticut, and Orange Park, Florida. The company’s growth strategy focuses on both company-owned and franchised locations. According to the brand, each franchise location sold generates up to $25,000 per agreement, and a royalty of up to 6 percent of net sales when each store opens. 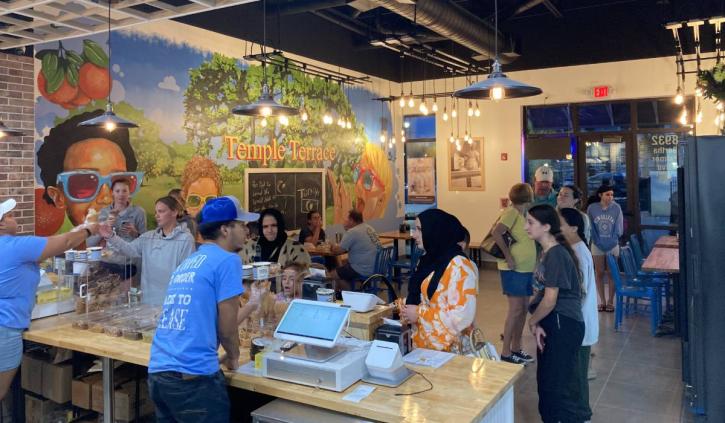 Abbott’s Frozen Custard will bring a new franchised store to Temple Terrace, Florida. The franchisees who opened the store, Gina Strazzabosco and Joseph Kampff, expect to open more Abbott’s locations in the Tampa area in the future.

Most of the brand’s 18 franchisees have ties to Rochester, where the brand first opened, including Strazzabosco and Kampff. Strazzabosco grew up in Rochester going to Abbott’s. After moving to the Tampa area with Kampff, they decided to become franchisees.

“Gina and Joseph’s story is like that of so many of our owners,” Brenden Drew, vice president of business development for the brand, says. “They loved the Abbott’s experience so much as children and young adults that they want to bring that same fun and feeling to the communities where they now live. It’s a deep passion for the brand that adds to the success our franchisees enjoy.” 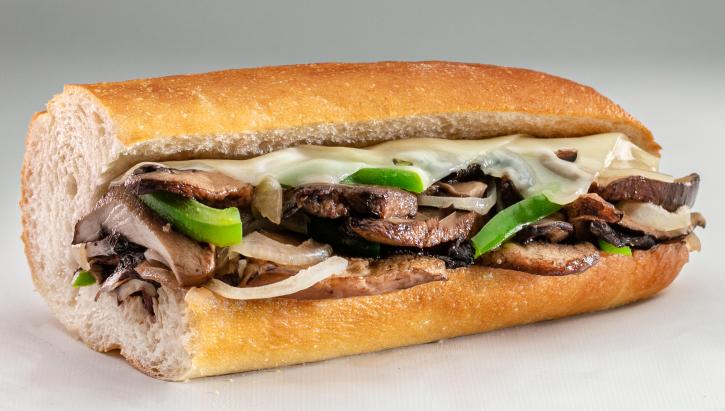 Jersey Mike’s will open its first location in Vermont this September. It is being owned and operated by franchisee Thomas King.

“We can’t wait to bring Jersey Mike’s fresh sliced/fresh grilled sub sandwiches to the state of Vermont,” King says. “I’m especially thrilled that the first location in the state will be in Williston. I feel like I’m coming home.”

King grew up spending his winters in Vermont and also attended the University of Vermont. He moved back to the state to open the store after having a career in finance and environmental work in Colorado.

“My wife and I moved back to Vermont six months ago to open our own Jersey Mike’s,” King says. “We knew we needed to be back here. Jersey Mike’s brought us back.” 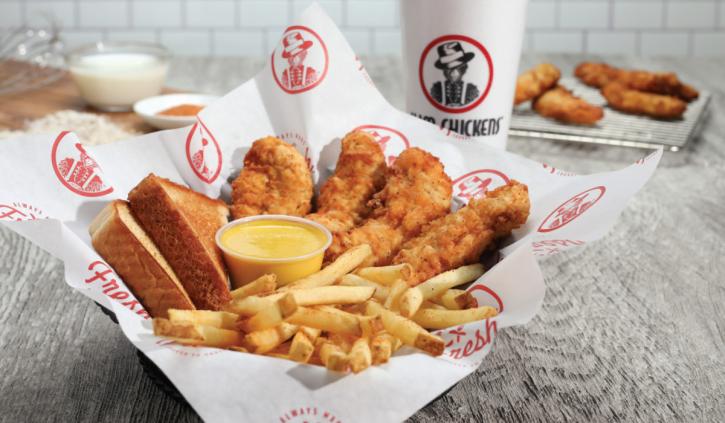 Slim Chickens unveiled the opening of its newest restaurant in Haven Primrose, operated by the Boparan Restaurant Group and Bourne Leisure. The brand has opened more than 180 locations in the United States and the United Kingdom and has over 1,000 locations in development.

“Another U.K. location in the books! Continuing to grow our footprint with talented franchise operators, like Boparan Restaurant Group and Bourne Leisure, makes our team extremely proud,” Jackie Lobdell, vice president of franchise development at Slim Chickens, says. “Slims is continuing down its aggressive growth pattern, and we have our dedicated franchise partners to thank for that.” 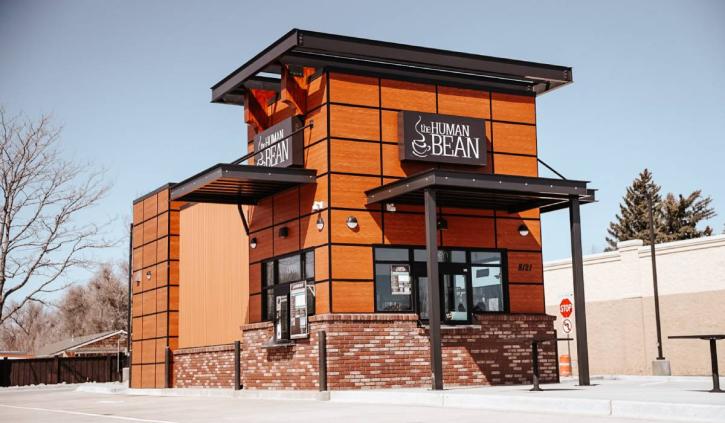 Coffee chain The Human Bean will open a location in Lake City, Florida in October. The owners of the new location are franchisees Gary Davies, David Hill, and Stan  Grisinger.

“We’ve got an excited team who have been training and preparing for this grand opening,” Davies says. “They’re ready to start sharing the energy here, and serve the friendly faces who come through our drive-thru in Lake City.” 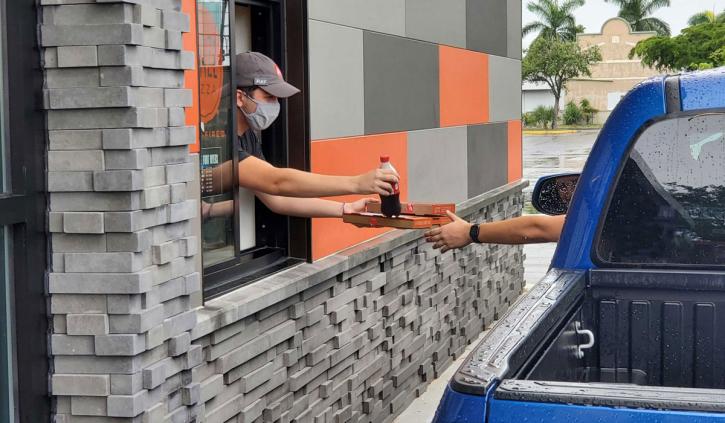 Blaze Pizza signed new multi-unit franchise agreements that will expand the brand in the South and Northeast. The deals include three new restaurants in the Savannah, Georgia, area and three locations in Maine, the first units in the state.

Wildfire Restaurant Group, owned by Jeffrey Martin, is taking charge of the brand’s entrance into Maine. His wife, Kirsten Martin, will oversee operations.

“Over the years, Blaze Pizza has been able to position itself as a clear leader in the fast-casual pizza segment with a proven business model that not only provides great opportunities for franchise owners like myself but also delivers to customers a dining experience that keeps them coming back for more. This is a great business opportunity for us and we couldn’t be more thrilled to join the Blaze Pizza franchise,” Jeffrey Martin says.

Existing Blaze Pizza franchisee Grant Watkins of KW Restaurant Group is expanding the brand further into Georgia. Watkins has been operating Blaze Pizza locations since 2016, and will continue to do so with three additional locations that will be rolled out in the next few years.

“Jeffrey and Grant are the perfect partners to help us grow across these key markets and we’re excited to support them and their teams as they prepare to open their new locations in the near future,” CEO Ed Yancey, says. 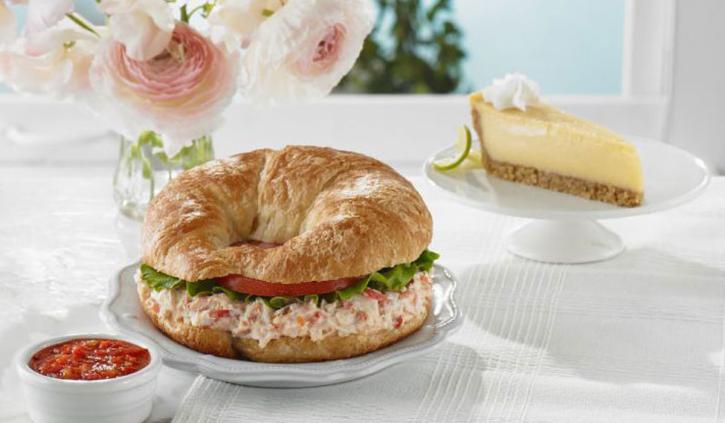 Chicken Salad Chick opened a new location in the Houston area. This restaurant brings the number of units in the Houston metro area to 12—the third unit for franchisees Ronald and Kathleen Ram of Houston CSC LLC. The grand opening will be on September 13th, and the store will be giving away free chicken salad for a year to the first 100 guests.

The Rams opened their first Chicken Salad Chick in 2019 in Katy, Texas, with their second in 2020.

“We love the small-town atmosphere that West University provides right in the midst of the action in Houston,” Kathleen Ram says. “Our newest location is centrally located for work, school, retail and fun. It’s the ideal spot for on-the-go professionals and families looking for delicious food made with fresh ingredients every day. We can’t wait to serve our flavorful varieties of chicken salad and sides to this community.” 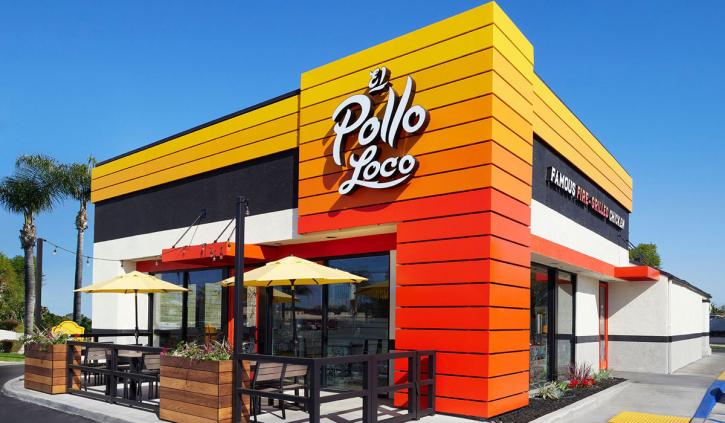 El Pollo Loco inked a multi-unit franchise deal for four restaurants in Seattle. The restaurants will be owned and operated by Jean-Paul Pirio, an experienced restaurant industry veteran.

“When I began researching different franchise opportunities, I was looking for a unique concept with a rich tradition that had the ability to bring people together around food, family and culture,” Pirio says. “I found the perfect match with El Pollo Loco and can’t wait to introduce local customers to the brand’s signature chicken, handcrafted Mexican entrees and assortment of healthy offerings.”

The restaurants Pirio will be opening will feature the brand’s new prototype design that caters to the brands off-premises business. It includes a dining room as well as a drive-thru and designated curbside parking for pick-up orders.