Get a Glimpse of KFC's Stunning 'Crystal Bucket' Restaurant 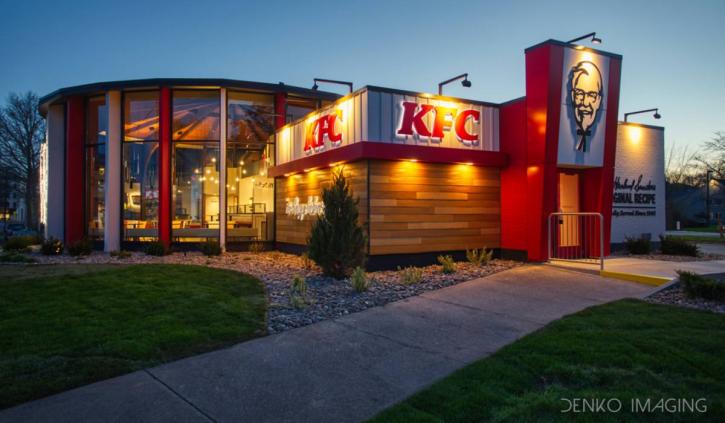 KFC opened 55 U.S. locations in 2021. At a net of four, it marked the first positive growth calendar domestically in 17 years for the classic brand. Beyond the expansion inflection, which chief development officer Brian Cahoe told QSR would carry into 2022 (KFC U.S. opened 14 new stores in Q1 2022, resulting in 21 year-to-date), it also signaled the start of a fresh image era. Today, about 25 percent of the brand’s pipeline classify as what KFC calls, “Next-Gen” designs. First introduced in November 2020 and debuted in Q4 2021 (Berea, Kentucky), the store leans into digital integration, wayfinders for off-premises business, contactless options, and, in some cases, double drive-thrus that can flex to capacity adds or dedicated digital lanes.

The only reason the 25 percent figure isn’t higher is because 2022 represents a transitory stretch of sorts due to construction and general timelines. KFC’s “American Showman” update, known for its red-and-white stripes and bucket chandeliers, is refreshed through about 70 percent of the system as of last year.

Soon enough, however, all new builds and formats, suburban or city-center, will be Next-Gen assets.

Click here for a look at some models opening and what the future holds.

Not pictured is what recently dropped in Painted Post, New York. Dubbed “The Crystal Bucket,” KFC opened one of its boldest restaurants in the footprint. The 40-seat, 2,542-square-foot store was developed by KBP Brands and inspired by nearby town Corning’s legacy as a glass manufacturer.

The original building was the former Chemung Canal Trust Company bank. KFC put a “Vault Door” inside “that houses the Colonel’s blend of 11 herbs and spices,” as homage. The unit also boasts a modern curved design, light-filled windows with floor-to-ceiling glass and simple hanging glass pendants with a cathedral wood ceiling.

Additionally, it includes Next-Gen features like such as bow tie chairs, built-in “Quick Pick-Up” shelving, and signage and dedicated parking for KFC app or KFC.com orders.

Click through or keep scrolling to check out the restaurant. 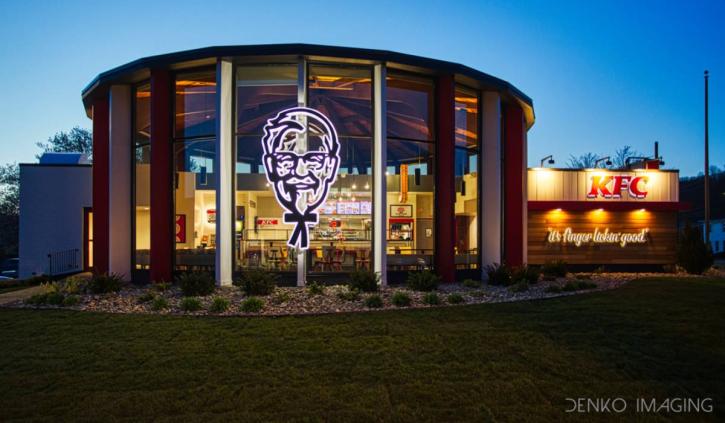 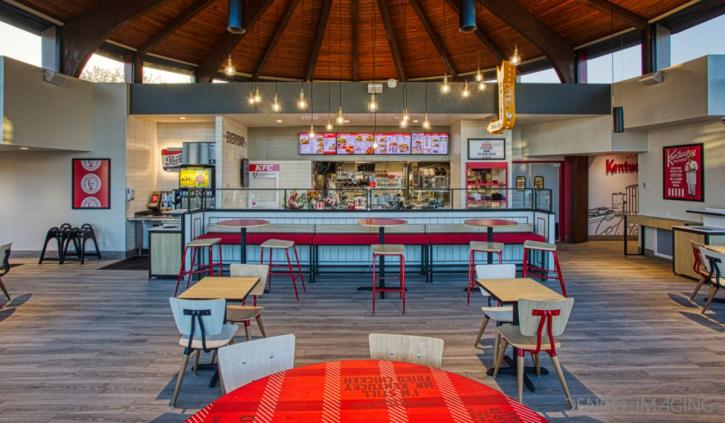 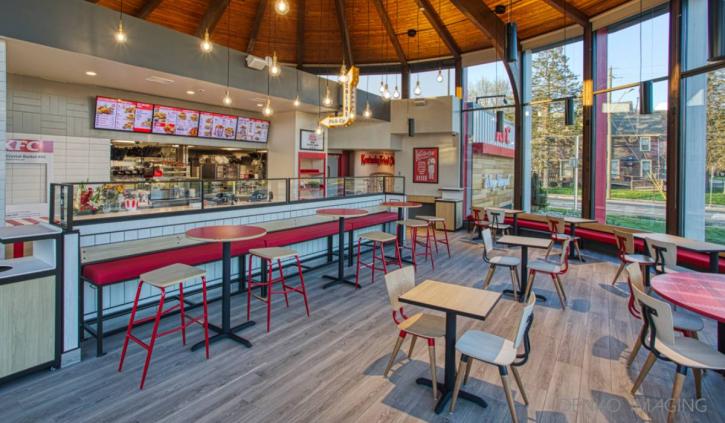 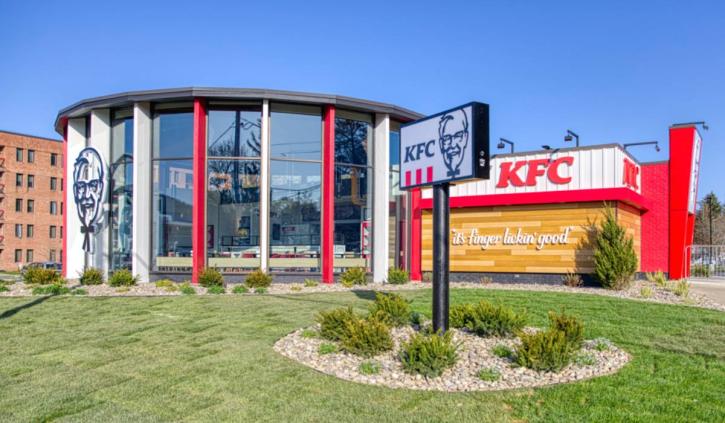