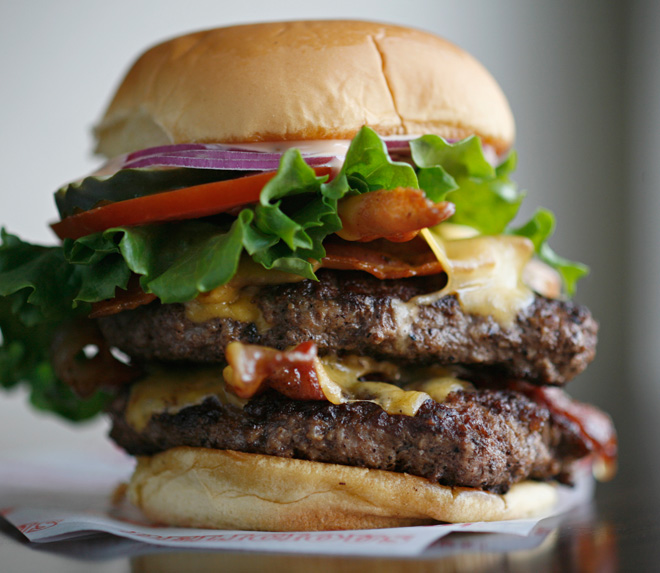 Like Isabella, chef Spike Mendelsohn earned national acclaim through his participation on Top Chef. Also like Isabella, Mendelsohn—who owns fine-dining concept Bearnaise French Bistro—sees the potential in fast-casual restaurants, and in 2008 opened the doors to his Good Stuff Eatery, a better-burger joint with upscale burgers, fries, and shakes.

But Mendelsohn differs in a lot of ways from Isabella and other fast-casual operators in D.C. For starters, he’s a second-generation chef, the son of two long-time restaurateurs, Catherine and Harvey Mendelsohn, who have operated several restaurants over the course of their careers. Secondly, Mendelsohn and his Sunnyside Restaurant Group are franchising Good Stuff Eatery and its sister brand, We the Pizza; they’ve already opened in markets outside D.C., including in Chicago and Riyadh, Saudi Arabia.

Finally, Mendelsohn has the unique combination of being incredibly thoughtful with his growth—during a phone conversation, he espouses the value of strong systems and company culture—and having a very large platform to share his vision. The celebrity chef is the chairman for Washington, D.C.’s Food Policy Council and is very involved in the national food community’s discussion on local ingredients, health and nutrition, and protecting the interests of small businesses.

The chef hopes to accomplish those things with Good Stuff Eatery, which recently brought on two foodservice veterans—director of operations John Renninger and chief operating officer Andrew Wiltshire—to spearhead national growth. Mendelsohn doesn’t have any particular growth targets in mind for Good Stuff, only noting that the team will only “go as far as we can with this” without “damaging the food system.”

The chef says the support Good Stuff has received from the D.C. community has been “amazing,” adding that the transient nature of the city and the fact that many people who spend time there end up living elsewhere helps carry the brand’s message to all corners of the country.

“The interesting part to me about the whole food scene in D.C. … is we’re getting more young chef entrepreneurs, like Sweetgreen,” he says. “I think D.C. is one of the perfect areas in the United States to test out fast-casual brands, because the fast-casual brand really mimics the lifestyle of people in D.C.”

Caribou Coffee Adds U.S. Franchising to Growth Journey
800 Degrees, Pizza Robots, and the Future of Innovative Growth
How to Adapt Your Franchise Model to a Post-COVID World

Can Papa John’s Be as Big as Domino’s?
How Culver’s is Bringing a Fictional Burger to Life
Listen to QSR Uncut Episode 2: Is the Virtual Restaurant Bubble About to Burst?