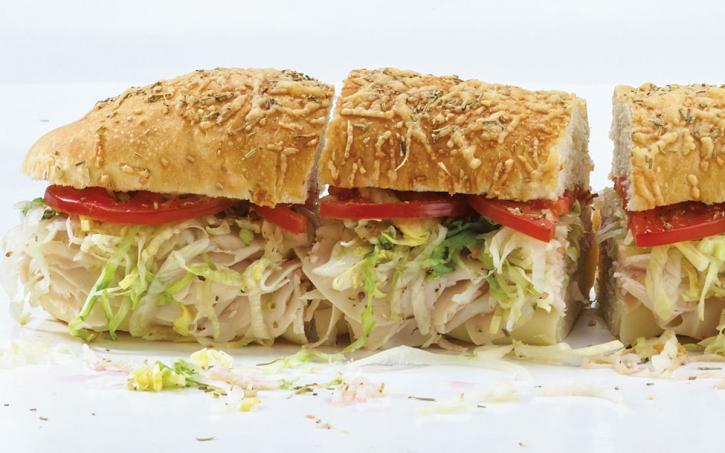 We hand out a lot of accolades at QSR. From the Best Franchise Deals to the 40/40 List, and from our monthly Ones to Watch series to our biennial Applied Tech Awards, we love giving people and companies the recognition they deserve, particularly when they’re making the industry or the world a better place.

But while we trust our collective gut when deeming who or what is deserving of praise, there’s one teeny-tiny detail that often sticks in our craw: How do you quantify this stuff? How can we say with absolute certainty who is the best at something or which company is a standard-bearer?

In answering that question, we’re launching our inaugural Reader’s Choice Awards. We have a hunch about which brands are most admired and which leaders are most respected, but what do you think? It’s time to turn the tables and open up the vote to the industry. Is the science here perfect? Probably not. (This was SurveyMonkey, after all, not some fancy-shmancy accounting firm.) But with several hundred votes cast and the voice of the people heard, these were the individuals and concepts we can verifiably say are deserving of praise. 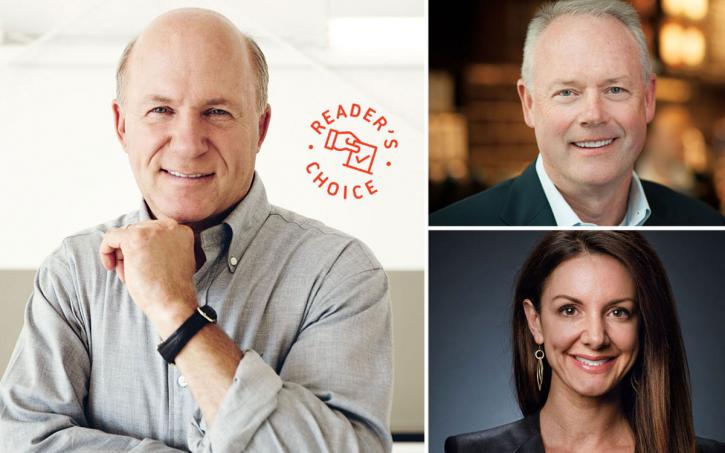 It turns out you earn the respect of the people when you lead a brand to the most impressive performance in the entire restaurant industry. Chick-fil-A CEO Dan Cathy has done an admirable job; just look at the fact that his company scores the best average unit volume among quick serves by a long shot, and that its service metrics are consistently off the charts. But the most impressive element of his leadership style might be the fact that Chick-fil-A operates very much like a family, with turnover low and many employees moving up through the system to become operators themselves.

Kevin Johnson may come as a surprise since he’s been at the helm of Starbucks for only two years (a hit-or-miss two years for the company, at that). But you can’t argue with the fact that Starbucks has become a leader in the digital space and has leveraged its innovative products and service model to reach new pockets of American consumers.

And while most in the industry by now know Kat Cole’s origin story, it’s worth noting that her recognition on a list such as this says more about her talent and reputation for strong leadership than it does about where she came from. 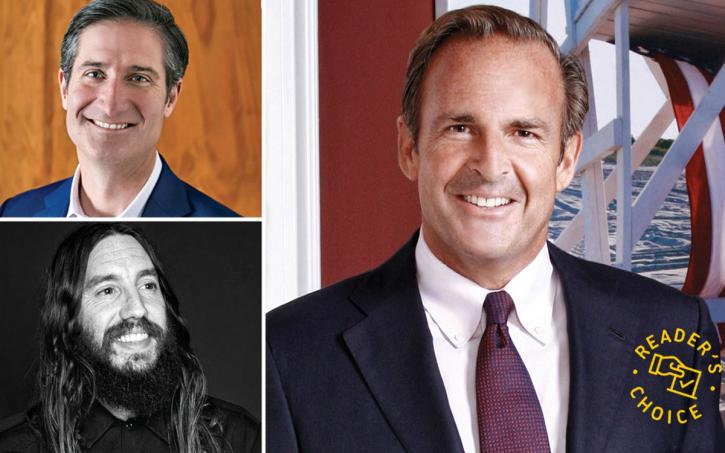 It was a photo finish in the fast-casual leader race, as Jersey Mike’s CEO Peter Cancro squeaked by Chipotle head honcho Brian Niccol by a mere four votes. But even though their vote totals were similar, their résumés are not. Cancro famously purchased a mom-and-pop sandwich shop when he was just 17 years old and turned it into one of the titans of the sandwich category—one that still has plenty of room left to grow. Niccol, meanwhile, was a marketing guy who breathed new life into legacy chain Taco Bell before he was tasked in 2018 to do the same at fast-casual pioneer Chipotle. (For the record, he seems to be well on his way to succeeding in that endeavor.)

As for &pizza cofounder and CEO Michael Lastoria, he’s become a force to reckon with in the industry’s visionary ranks. His pizza brand has grown to 35 locations on the East Coast, and while that’s a fraction of the unit count of other fast-casual pizza concepts, Lastoria has set &pizza apart by dedicating it to brand culture, employee investment, and community outreach. 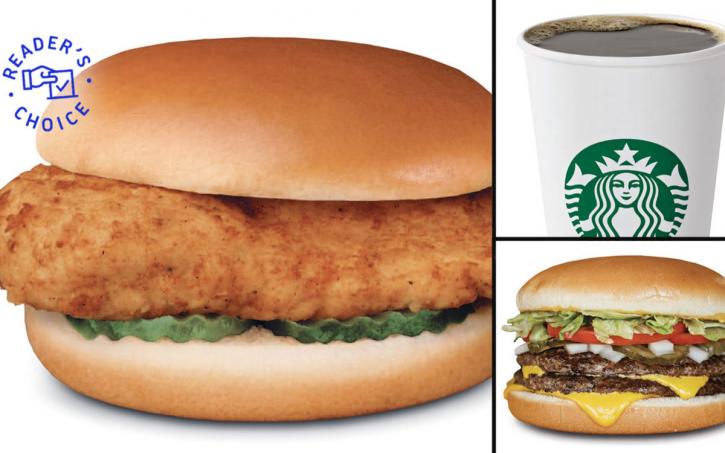 Was there ever any doubt? Strike up a conversation with a random quick-serve operator and you inevitably come back around to Chick-fil-A in some form or fashion. The Atlanta-based company is unwavering in its core values, impressively dedicated to its service model, and as tight-knit internally as a 2,400-unit restaurant company can possibly be. The industry doesn’t just respect Chick-fil-A; it envies it.

Starbucks has impressively disrupted the quick-service model through digital innovation and experiential touchstones, all with coffee as its primary menu driver. Unlike the other two, Whataburger is something of a sleeper in the industry. A regional burger chain with obsessive consumers and carefully controlled branding, Whataburger is basically In-N-Out but without the cultish (some might say over-the-top) mainstream attention. 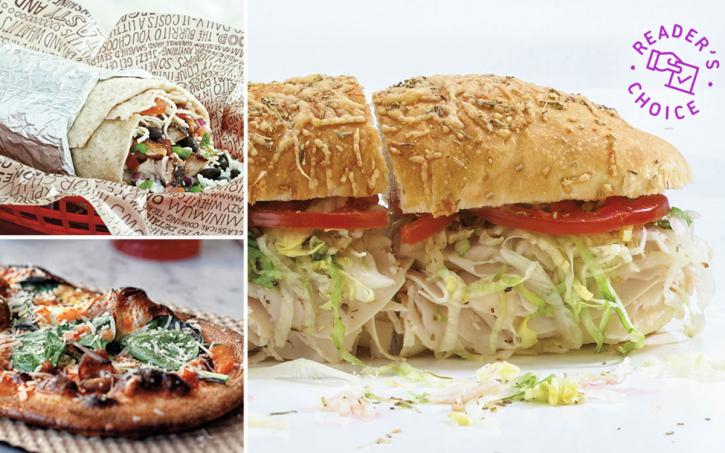 Could there be some correlation between exceptional leadership and respectable brands? It’s likely so, as the three winning fast-casual brands follow in step with the three most admired fast-casual leaders. Jersey Mike’s, Chipotle, and &pizza occupy distant corners of the fast-casual market, and yet each has made its mark in unique ways. Jersey Mike’s has scaled to a national footprint and continues to fill in markets as it gobbles up more sandwich market share.

Chipotle single-handedly paved the way for the fast-casual category, and despite three rough years following a food-safety scare, the brand is still revered by its peers, as evidenced by its inclusion here. &pizza is much smaller in comparison but has grabbed headlines with its urban millennial–friendly branding and lifestyle positioning. 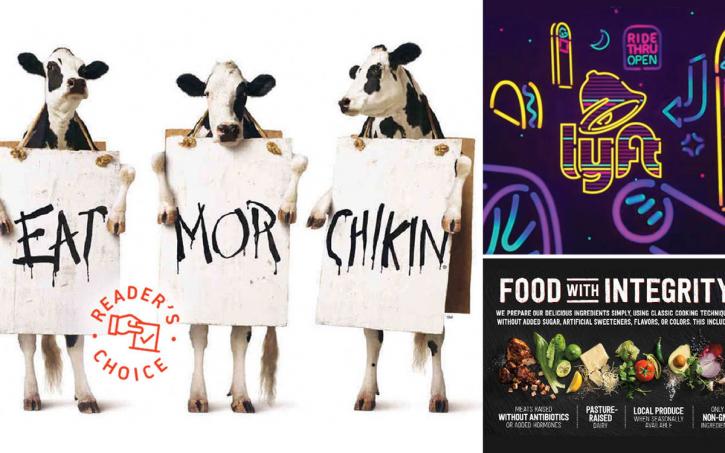 It must be something about the cows. Chick-fil-A doesn’t have the most prominent marketing strategy among restaurant brands, and yet its iconic bovine mascots have become as recognizable as Col. Sanders or Ronald McDonald.

Taco Bell, on the other hand, has made marketing something of its bread and butter, attracting younger consumers through tongue-in-cheek ads and innovative partnerships, like its campaign with Lyft to send cars through the drive thru. And Chipotle’s marketing has clearly made an impact even as it still finds its way. Under the Steve Ells regime, Chipotle was all about creative videos feeding its “Food with Integrity” mantra, while CEO Brian Niccol has steered things back to industry convention with the new “For Real” campaign. 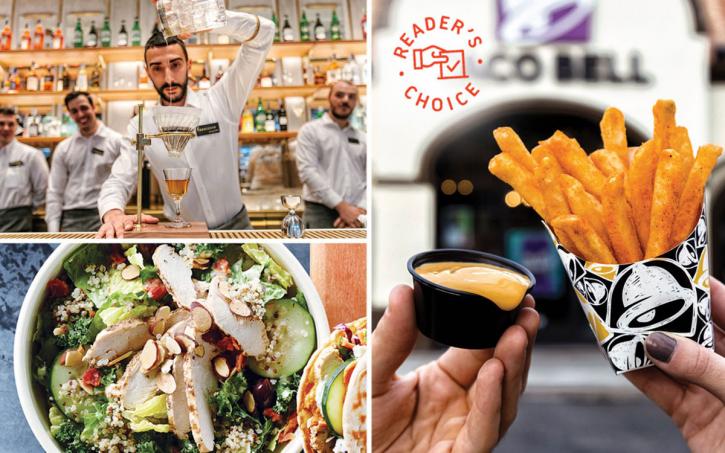 The Waffle Taco. The Naked Chicken Chalupa. Nacho Fries. These are just a few of the many menu innovations Taco Bell’s R&D leaders have graced upon the world. And they represent the key to Taco Bell’s resurgence of the last five or six years.

Starbucks has expanded its menu to more food offerings and even enhanced its beverage selection, which includes more premium menu experiences at its Reserve Roastery locations popping up around the world. And Panera earns some love, likely because it popularized so many fast-casual trends, from plated entrées to grain bowls and the clean-label foods so many startup brands serve. 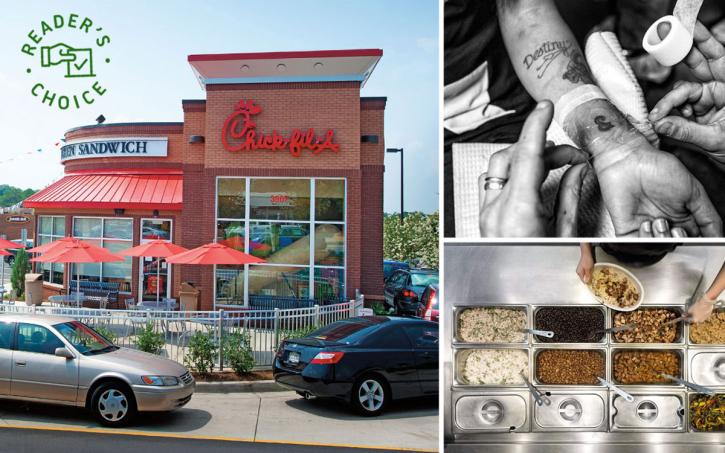 How do you define experience? Is it the branding? Is it the service structure? Is it the new ideas a company employs to set itself apart from its competition? In the limited-service restaurant industry, the answer to all of those questions is yes. Experience has become critical to success and describes all the ways that guests interact with your brand.

Chick-fil-A, &pizza, and Chipotle dominated the Reader’s Choice Awards, which goes to show just how varied a restaurant brand’s experience can be. From marketing to innovation and from leadership to service, the many facets of your brand add up to something special—whether it’s to the guest or simply to your restaurant peers.