The World's 10 Most Valuable Fast-Food Brands 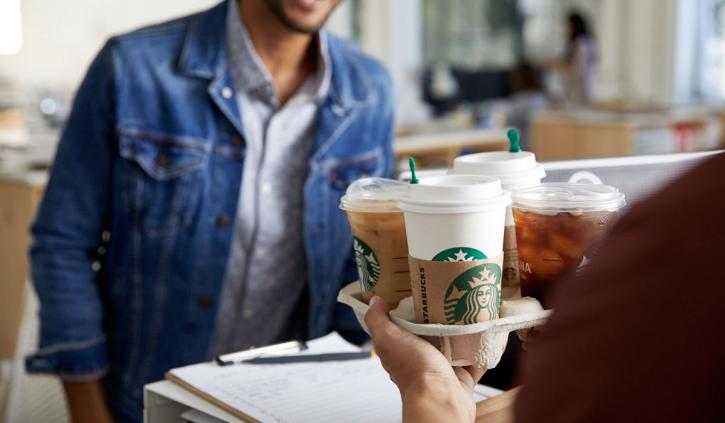 A study from BTIG suggested restrictions, not demand, represented the primary barrier keeping younger consumers (aged 18–24) from dining out today. Thirty-five percent were willing to do so once mandates eased or lifted. It was only 20 percent with guests 65 and older.

In addition, the survey indicated nearly 30 percent of diners aged 25–34 expect to eat out once capacity limits exit the picture.

Before COVID-19, this younger generation of Americans was a golden egg for operators. The reason being they showed a tendency to value experiences over material wealth, and, thus, were more apt to spend on food. It was easing some of the soft traffic trends witnessed industry-wide. And why some chains invested in menu architecture that highlighted the premium tier of the barbell. As critical as the value entry point remained for some, the same was becoming true for the high-level (and higher-priced) experience. In Starbucks’ case, if we stretch back to late 2019, beverage contributed 5 points to its U.S. same-store sales growth, led by the strength of cold innovation. At that point, beverage carried the banner for five straight periods. In other terms, Starbucks was leaning on innovation over price, and courting guests through loyalty and tiered rewards over straight incentives.

BTIG analyst Peter Saleh believes this all bodes well for the java giant in the near future, which prompted him to raise its shares to “buy” from “neutral” in a note Tuesday.

And here’s the main culprit: These same younger consumers, those who have shown a willingness to dine out when given the OK to do so, are about to be flush with stimulus cash. If history tells us anything, they’ll use this money on experiences, not fixed costs (like rent, etc.). Saleh said he expects younger cohorts to venture out in the coming weeks, complementing the sales benefit from older consumers who are already vaccinated. Essentially, you’ll have a one-two strike of inoculated older adults with less-wary younger ones who suddenly have funds to spend.

Meanwhile, easing dining restrictions across the country, from California and Texas to New York and New Jersey, have progressed at a faster pace than anticipated, Saleh said.

In January, Starbucks’ U.S. same-store sales declined 2 percent, or 600 basis points better than December 2020, as federal stimulus put an additional $600 in consumers’ pockets late in the year. Looking ahead to late March/early April, Saleh expects Starbucks to garner its fair share of consumer spending as people rush out with an additional $1,400.

Viewing this comparatively, Starbucks’ domestic comps stabilized at negative 60–70 percent in March 2020 and fell 63 percent in April. So the timing of stimulus checks could offer a double benefit to same-store sales for Starbucks, potentially pushing two-year stacked figures well into positive territory. Saleh forecasted global comps of 17 percent in Q2, including 7 percent growth in the Americas and 45 percent internationally (thanks to lapping China downturns).

It could mirror a broader discussion, too. Zeta, a unicorn marketing technology company, said the restaurant industry is expected to receive a $32 billion bump from the $1,400 stimulus checks. The company noted southern states, such as Florida, Texas, and Alabama, would spend more on dining at restaurants, while Northeast and Western coastal areas wouldn’t receive as significant a bump thanks to heavier restrictions. Yet either way, extra cash coupled with lower restrictions—wherever that pops up—could signal a real boon industry-wide.

On Tuesday, Brand Finance released its latest Most Valuable Restaurant Brands report, something it’s done since 2015. Unsurprisingly, it reflected COVID’s ever-present shadow. More than half of the brands declined in value and the total value of the world’s top 25 restaurant chains dropped from $162.1 billion in 2020 to $153.9 billion in 2021 (this isn’t solely financial, as the methodology at the bottom explains).

However, Starbucks kept its top spot, and given Saleh’s note, isn’t likely to cede position anytime soon. It’s held the title for five straight calendars, despite recording a 6 percent drop in brand value in this report to $38.4 billion.

Stepping back, U.S. fast-food chains dominated Brand Finance’s 2021 rankings, claiming the first eight spots and 20 of the total 25. Altogether, they accounted for 92 percent of the total brand value.

“This is notable at a time when health-conscious marketing and regulation are increasingly debated and pursued, particularly in Western Europe,” Brand Finance said. “These brands’ continued dominance showcases the resilience and ongoing appeal of cheap, well-known, and often unhealthy food brands.”

Also to consider, U.S. COVID restrictions were, by and large, less severe than other countries. And drive thru tends to be more prevalent stateside than elsewhere. Case in point—nearly 70 percent of McDonald’s orders internationally came in-restaurant pre-COVID. Only 15 percent of the brand’s China restaurants boast a drive-thru.

Jack in the Box was the fastest-growing brand, growing 84 percent to $1.7 billion. It jumped seven spots to 16th. Papa John’s was the highest-ranked newcomer at 19th, with a brand value of $1.1 billion.

In addition to overall brand value, Brand Finance also determined the relative strength of brands through a balanced scorecard of metrics evaluating marketing investment, customer familiarity, staff satisfaction, and corporate reputation. On that measure, McDonald’s was the strongest chain in the world with a Brand Strength Index score of 86.9 out of 100.

Note: If on desktop, click arrows in picture above to continue story.

Methodology:Brand value is understood as the net economic benefit that a brand owner would achieve by licensing the brand in the open market. Brand strength is the efficacy of a brand’s performance on intangible measures relative to its competitors. More on the data here. A longer explanation can be found at the end of this story as well. 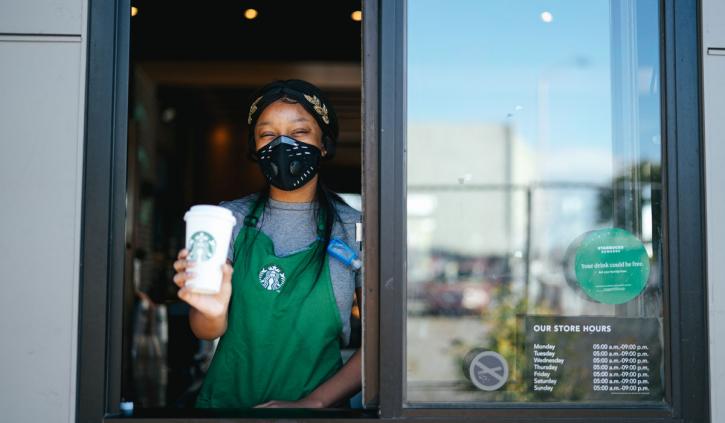 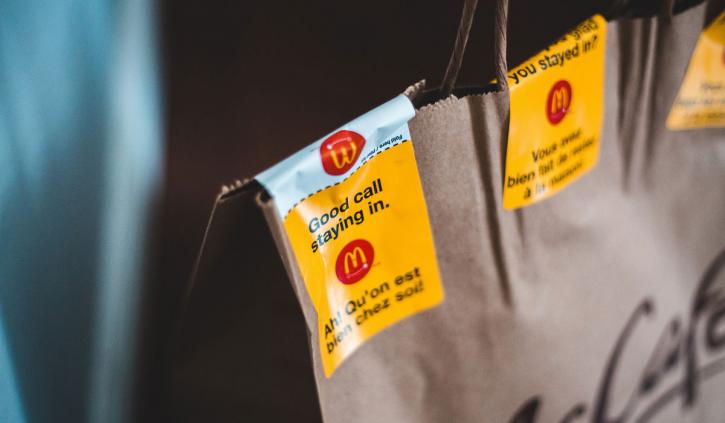 Note: As noted before, McDonald’s led the pack when it came to Brand Strength Index. Here was the top 5: 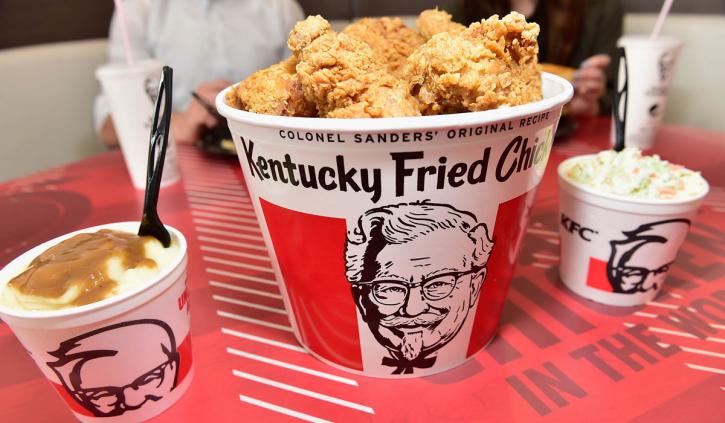 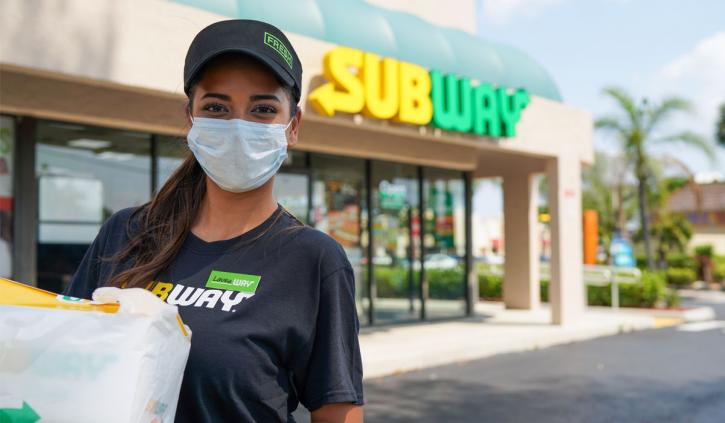 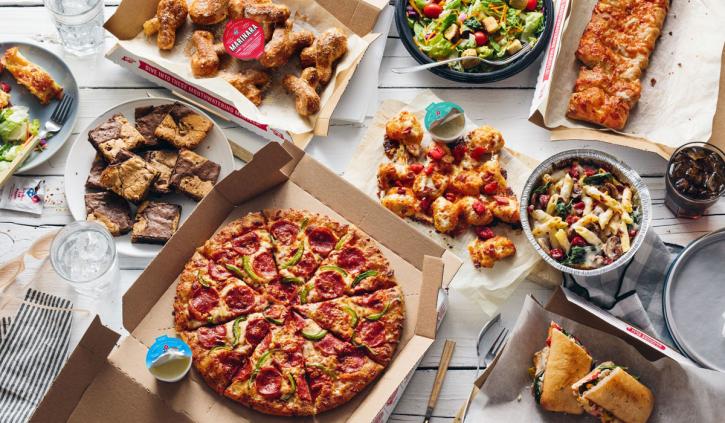 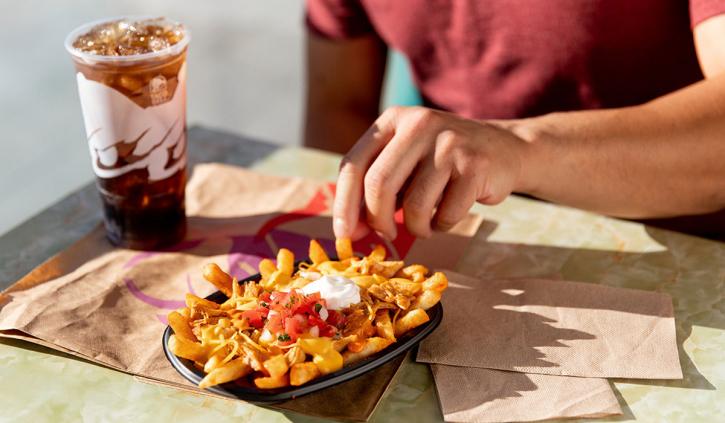 6. Taco Bell (up one spot from last year) 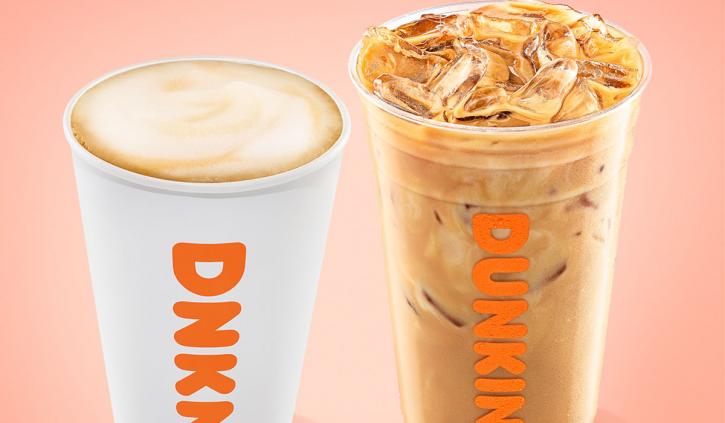 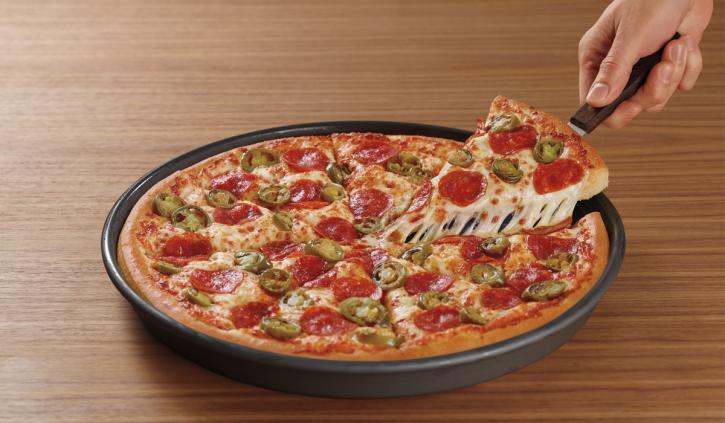 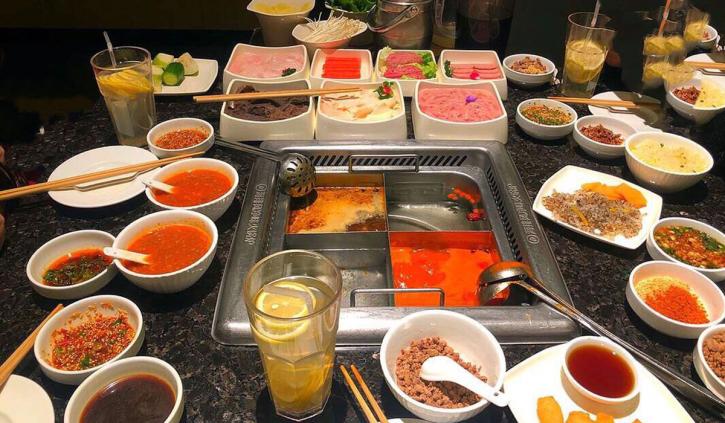 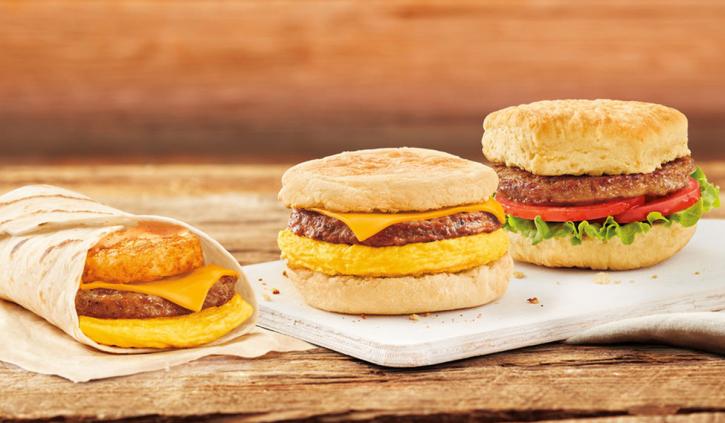 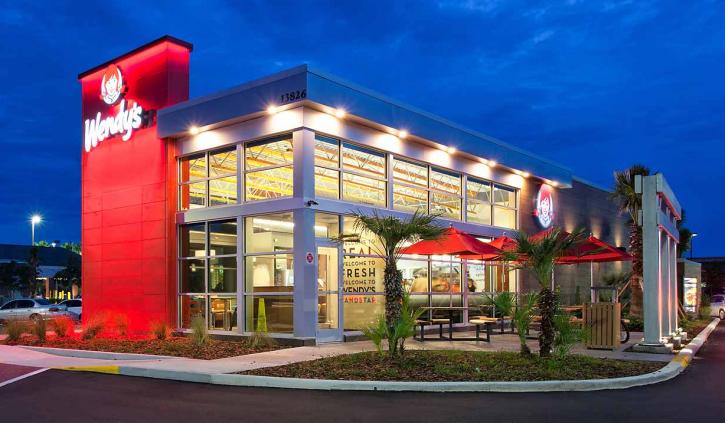 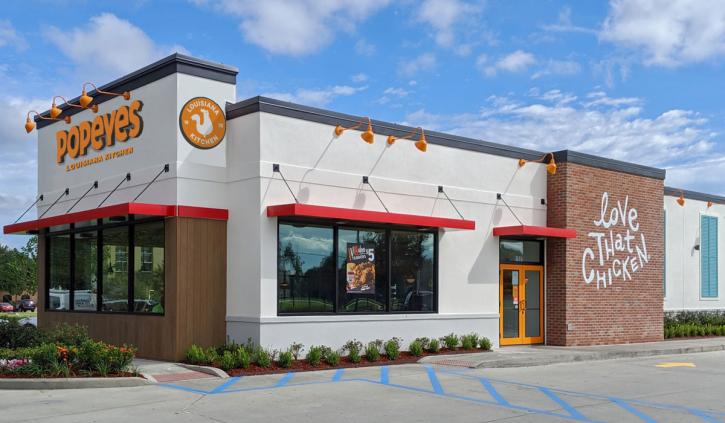 Brand is defined as a marketing-related intangible asset including, but not limited to, names, terms, signs, symbols, logos, and designs, intended to identify goods, services, or entities, creating distinctive images and associations in the minds of stakeholders, thereby generating economic benefits.

Brand value refers to the present value of earnings specifically related to brand reputation. Organizations own and control these earnings by owning trademark rights.

All brand valuation methodologies are essentially trying to identify this, although the approach and assumptions differ. As a result, published brand values can be different.

These differences are similar to the way equity analysts provide business valuations that are different to one another. The only way you find out the “real” value is by looking at what people really pay.

As a result, Brand Finance always incorporates a review of what users of brands actually pay for the use of brands in the form of brand royalty agreements, which are found in more or less every sector in the world.

This is known as the “Royalty Relief” methodology and is by far the most widely used approach for brand valuations since it is grounded in reality.

It is the basis for our public rankings but we always augment it with a real understanding of people’s perceptions and their effects on demand—from our database of market research on over 3000 brands in over 30 markets.

For our rankings, Brand Finance uses the simplest method possible to help readers understand, gain trust in, and actively use brand valuations.

Brand Finance calculates the values of brands in its rankings using the Royalty Relief approach—a brand valuation method compliant with the industry standards set in ISO 10668.

Our Brand Strength Index assessment, a balanced scorecard of brand-related measures, is also compliant with international standards (ISO 20671) and operates as a predictive tool of future brand value changes and a control panel to help business improving marketing.

We do this in the following four steps:

We review what brands already pay in royalty agreements. This is augmented by an analysis of how brands impact profitability in the sector versus generic brands.

This results in a range of possible royalties that could be charged in the sector for brands (for example a range of 0 to 2 percent of revenue).

We adjust the rate higher or lower for brands by analyzing Brand Strength. We analyze brand strength by looking at three core pillars: “Investment” which are activities supporting the future strength of the brand; “Equity” which are real perceptions sourced from our original market research and other data partners; “Performance” which are brand-related measures of business results, such as market share.

We determine brand-specific revenues as a proportion of parent company revenues attributable to the brand in question and forecast those revenues by analyzing historic revenues, equity analyst forecasts, and economic growth rates.

We then apply the royalty rate to the forecast revenues to derive brand revenues and apply the relevant valuation assumptions to arrive at a discounted, post-tax present value which equals the brand value.