Even though Beard Papa’s began its U.S. business in New York, it moved its American headquarters to the West Coast in 2010

Those who have traveled to Japan are likely familiar with Beard Papa’s popular style of pastry: light, flaky, and filled with custard of all flavors. These cream puffs and eclairs are French in origin but have been taken to the next level in flavor. Think green tea, crème brȗlée, and dulce de leche.

Guests who have experienced the restaurant overseas seek out Beard Papa’s 31 stateside locations, says Pamela Fazio, newly minted president and CEO of the U.S. operation. “I was in our L.A. store yesterday and had a group of college students who were here from Chicago—we don’t have a store in Chicago,” she says. “They had been to a store overseas, just landed at LAX, found the Beard Papa’s, and came to the store. They were so excited.”

The concept’s first location was opened in Osaka, Japan, in 1999, and today it has more than 400 stores worldwide in 15 countries and territories. The first store in the U.S. was opened in New York in 2004 thanks to demand from American customers. Ever since, Beard Papa’s has been filling puffs with freshly whipped cream in the U.S. to great fanfare.

“It’s been an unbelievable response,” Fazio says of the U.S. business. “The product is completely unique. There’s nothing really out there to compare to it.” Best-selling menu items include the Original Vanilla cream puff, which begins with imported vanilla beans; the Honey Butter cream puff with melted honey butter on the pastry; and the Signature Fondant Au Chocolate cake, which is essentially a personal lava cake.

On top of the cream-puff options, guests can also choose to fill a Paris Brest, which is described as a cross between a Spanish churro and an American doughnut. The baked delight is crunchy on the outside and soft and chewy on the inside. Guests can also choose a selection of mochi ice cream or cheesecake.

“Once you try the product, it has an addictive flavor profile,” Fazio says. “It’s not too sweet, and it’s airy, light, and fresh. That’s what got me hooked.”

Americans’ reaction, she adds, is, “Where has this product been?”

Fazio, who spent over 25 years in the restaurant industry before taking over the helm of Beard Papa’s U.S. operation, was brought on to help develop the U.S. and Canadian markets. Previously, she was a multiunit franchise brand president and owned a restaurant consulting company in which she focused on brand development with companies in the process of franchising. “I have been fortunate to work internationally all over China and Australia, as well as with acquisitions and creating international western brands,” she says.

In her new role, Fazio plans to propel Beard Papa’s forward with special focus paid to the franchisees. The passion the U.S. franchisees have for the product and brand fuels her own excitement. 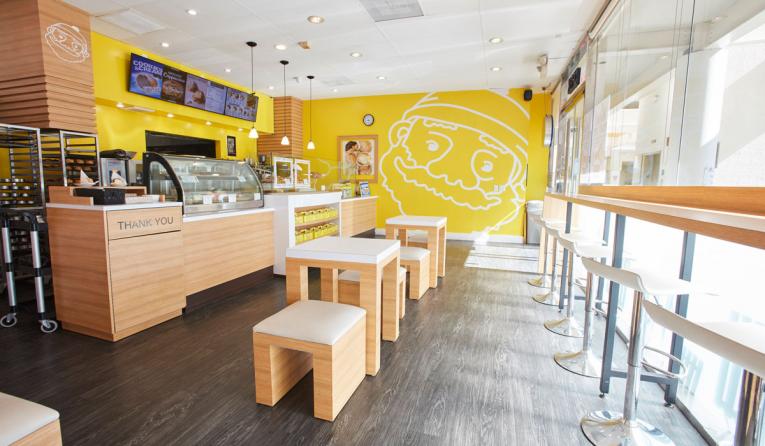 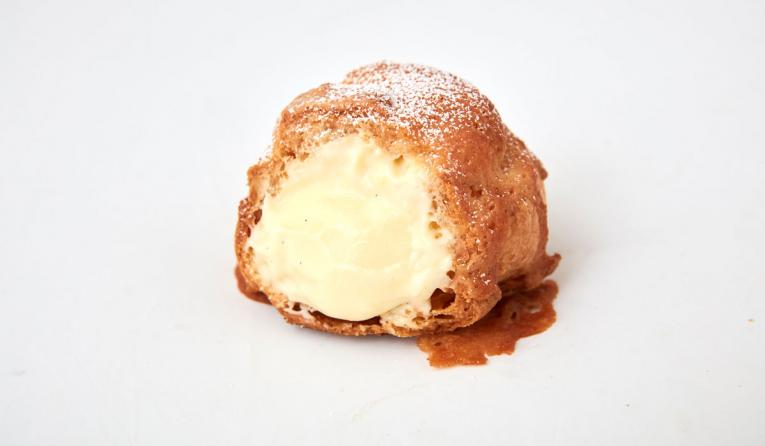 Locations are typically around 800 square feet. For these units, Beard Papa’s offers design and decor packages that are clean and vibrant, thus driving guests into stores, Fazio says. While there is no real-life Beard Papa, the company’s founder, Yuji Hirota, created the Beard Papa’s character and logo to be reminiscent of Santa Claus, reminding customers of the cheerful, energetic Christmas holidays. The yellow color scheme, however, helps break the brand from seasonal constrictions.

Beard Papa’s as a brand is attractive to all kinds of guests, Fazio notes, from young people who enjoy the build-your-own model and the global dining experience to older ladies who gather for tea and pastries in the afternoon. In terms of customer experience, the guest is heavily involved since cream puffs are made to order and filled directly in front of him or her. And, unlike other dessert competitors, Beard Papa’s cream puffs can be purchased in bulk, to go. Fazio sees many customers grabbing 12-packs during her visits to U.S. stores.

While the brand has mainly focused on franchising for growth, Beard Papa’s four corporate stores are paramount in providing operator support and training, as well as product development.

To determine the best sites for locations, the team typically turns to its franchise partners first. “Honestly, the franchisee knows the demographic. They reside in that demographic,” Fazio says. Franchise partners submit a few site selections, then the Beard Papa’s team visits each, pulling demographics and traffic information and ultimately making a decision based on that data.

Even though Beard Papa’s began its U.S. business in New York, it moved its American headquarters to the West Coast in 2010. Now the team is focusing on growth in Atlanta; Washington, D.C.; and Texas, the latter of which is the largest growth market today.

“My focus is to grow what I call the cluster effect,” Fazio says. Grouping stores close together not only builds brand recognition, it also boosts profits across the area. As a result, the brand has not needed to market heavily.