How the 71-unit brand built its expanding chain from the ground up.
Emerging Concepts | June 2018 | Danny Klein

Ono Hawaiian BBQ is poised to grow after 16 successful years.

It’s been a whirlwind for Ono Hawaiian BBQ since the first location debuted in 2002 off the Santa Monica Boulevard and Bundy intersection in California. Brothers Joe and Josh Liang started the brand as a passion project to celebrate their adoration of Hawaiian culture and cuisine. Over the next 16 years, Ono’s menu has fused and evolved, staying true to the traditional “Plate Lunches,” and classics, like Hawaiian BBQ Chicken and Spam Musubi. Hawaiian, Japanese, Chinese, Korean, and America dishes have come together to create unique offerings in a crowded fast-casual space.

There are now 71 locations, with plenty of whitespace for further expansion.

Josh Liang took some time to chat with QSR about the journey to date, and what’s to come from Ono in the future.

Bring us back 15 years. Did you ever imagine you would have 71 locations?

Never! When attempting to open the first restaurant, we had a hard time getting call back from landlord and brokers, so we ended up buying the first location at Santa Monica and Bundy Drive, and converted the previous occupant’s space into the restaurant with a limited budget to Ono Hawaiian BBQ. Even after opening the first location, we still had a hard time getting a second location in the LA metro area. You’d think with a couple locations under our belt, it would get easier. However—it was still a challenge and that’s when we decided to enter the Phoenix market.

Getting the menu right was a big challenge, as well. For the first six months, we had to change our menu three different times. We learned that we really need to focus on what is important to us: which was traditional, Hawaiian-style Plate Lunches—along with fresh, quality food made to order in a reasonable time. To achieve this, we had to simplify our menu to the entrees that our customers love.

Once we opened six or seven locations and adopted a small fan base with customers, the landlords started to pay attention to us and it got a little easier in getting new locations as we grew. We had a pretty good run until we got to about 30 stores, and when the economy crashed in 2008 we had to regroup. We froze new opening in 2009 and spent the entire year reorganizing our company structure, and separating our personnel in different departments. We had to work harder and smarter to keep ourselves afloat.

Starting in 2010, we began opening new locations again—ramping up each year afterward.

We’ve been lucky to grow as we have, but also put a lot of blood, sweat, and tears to get to this point. A big reason why we’ve been able to grow as we have is because of the strong team we have behind us—as many of our employees have been with us a long time. Furthermore, almost all of our store level managers and upper-managers started from the staff level in the restaurants. Something we hope continues in this fashion!

What were those early days like? What were some of the early lessons you learned running a restaurant concept?

Those early days were fun—but also exhausting and grueling. I worked many, many hours and running this concept consumed my life. I poured everything I had into opening, and gave nothing short of 110 percent to ensure its success. This taught me that if you’re seeking to open a business (especially a restaurant), be ready to give it your all. There’s no pause button, and you cannot pull back the reigns once you’ve started. If you’re going to do it, be ready to go all in. 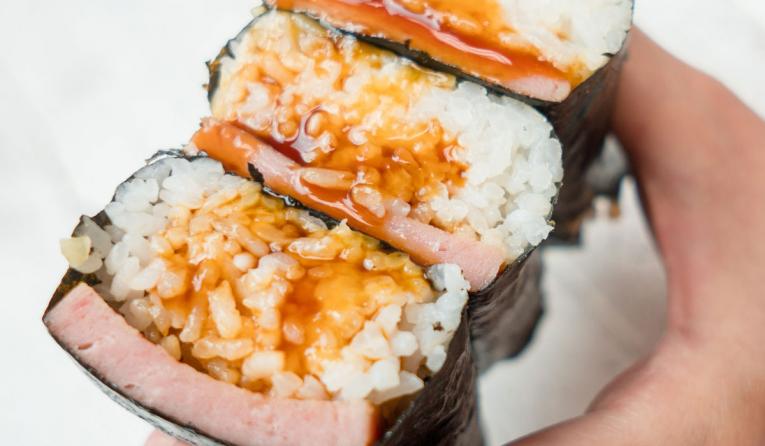 What was the most surprising thing you discovered?

The most surprising thing I discovered was the difficulty in getting real estate. It’s a competitive market and certain times a desirable location is out of reach. You need to be prepared to have a plan B, C, and probably D to counter what you thought you’d get. It’s been very interesting though, and helped me become a savvier businessman. I’ve learned a lot through the process and have enjoyed adapting a new skillset.

How has your day to day changed from those first months to now?

As previously mentioned, when I started—Ono consumed me. Over time, I learned to have a healthier work-life balance that now allows me to spend time with my family and have a life outside of the business. I still oversee a lot, but with a dedicated and passionate team behind me that I trust, it has made it easier to delegate leadership and decision making elsewhere.

The biggest thing that has changed over the course of the last 15-plus years is the menu. Our original menu was extensive. I learned though that simply doing what you do best is the key to success at a restaurant. Instead of trying to be good at everything—stick to what you know, and perfect it. We scaled back a lot and cut the menu down to those items we were passionate about, and know we deliver well. It was more on the traditional side of Hawaiian fare—things like Hawaiian BBQ Chicken, katsu, musubi, etc.—and I believe a major component of today’s success.

Things that have remained the same are our dedication to quality and freshness. Much of our recipes are proprietary and created in-house, as are our sauces and marinades. Everything is made-to-order and since day 1—we have not strayed from these values.

What does the future look like for Ono? What kind of growth is on the table?

Ono’s immediate future involves expansion within California and Arizona. We’re moving towards the central area of the state, and entering markets like Bakersfield, Modesto, etc. From there, we’ll continue to grow within Northern California and Phoenix as well—with those markets being the priority. As far as the next five years, if it’s a fit we may be willing to expand into additional territories or states. But only if it makes sense and the demand is there.