Pincho Factory plans to reach 100 units in the next five years.

In regards to relocating for a new opportunity, Florida was on the no-fly zone for Jayson Tipp. What changed his mind was the same outlook responsible for the buzz surrounding Miami-born fast casual Pincho Factory.

“This was the opportunity I felt if I didn’t take, I would regret not doing so in five years,” Tipp says.

Five years happens to be the same timeframe Pincho Factory expects to balloon from 10 to 100 units nationwide. And now, the brand, hatched by Otto Othman and his cousin, Nedal Ahmad, over drinks at a Fourth of July cookout, has an accomplished CEO to lead the charge.

The company, which was also founded by Ahmad’s brother, Nizar, told QSR Wednesday morning that Tipp, the former chief development officer of Papa Murphy’s International, is taking over the top role, effective immediately. With the move, Othman is adding executive chairman to his title in addition to chief marketing officer, and Ahmad is transitioning into a franchisee position.

The appointment marks a quick rise in the Pincho ranks for Tipp, who helped scale Papa Murphy’s from 1,100 to 1,600 restaurants in a five-year span (2012–2017). Jim Mizes, the CEO of Blaze Pizza and a board member of the concept, introduced him to Pincho’s founders last fall. Tipp joined formally in March and was publicly announced as president of Pincho in early April.

It was just about 60 days later when Tipp got a call asking him to take the reins as CEO. He was a bit surprised, he admits.

“Frankly, when I got the call about the change of becoming CEO my first reaction was gee, I really appreciate that, but it seems a little quick for me,” he says. “I haven’t been here long enough to achieve anything. I don’t feel like I’ve really earned that opportunity.”

“But the team sat down with me and said, ‘No, this was always part of the long-term plan,’” Tipp adds. “They thought it was going to take longer but their level of confidence about what I was able to add right out of the gate, and what we’re now focused on and working on, I really felt like they wanted to work shoulder-to-shoulder with me, and they gave me this opportunity to lead the company.”

Before Papa Murphy’s, where Tipp delivered a 21 percent increase in store openings across two years, while cutting time-to-open by 70-plus percent, he held a role as VP of analytics and CRM at Redbox, served in different executive positions at Potbelly Sandwich Works, and cut his teeth early on in during a four-year run with Starbucks, where he rose to director of consumer and portfolio strategy at the java giant.

Tipp was living in Portland, Oregon, when the Pincho chance arrived. He says it wasn’t anything specific to Florida, he just didn’t want to traverse cross country on a four-day journey and relocate his wife unless it was a career door he felt he had to walk through. And Pincho definitely was. After coming away personally impressed, he brought his wife down, met the team, had dinner, and then sat for a life-changing discussion. 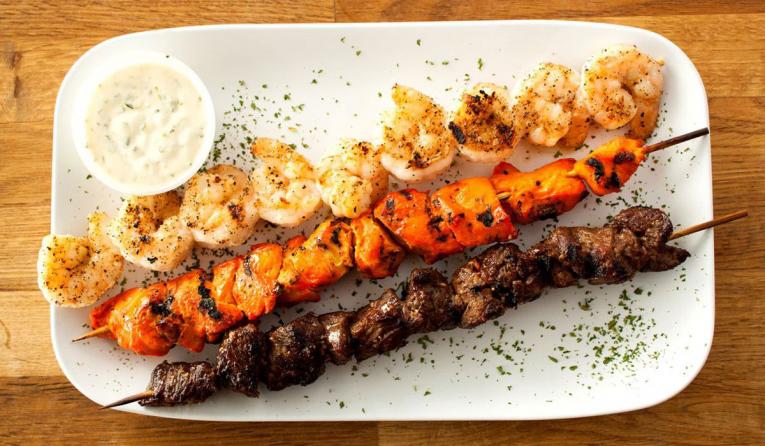 “She said, ‘They’re great people. Their food is fantastic. You’ve got to do this,” Tipp says.

Of course there was more on the table than an outstanding concept, of which the fast casual industry isn’t exactly lacking for. In early April, along with the announcement Tipp was joining on, Pincho revealed that it closed a Series A funding round with a group of investors led by entrepreneur and multi-unit franchisee Ned Scherer. The agreement locked in a development deal to bring Pincho to the Washington, D.C. market to the tune of 10 new franchised units over the next five years. This was the concept’s first multi-unit franchise agreement outside of the South Florida market.

A couple of weeks later, Mizes, who spearheaded Blaze Pizza’s expansion from a two-unit concept to more than 200 locations in just four years, and also helped Jamba Juice grow from 40 to 400 stores earlier in his career, announced he joined Pincho’s board of directors. So did Andy Howard, the CEO of chicken fast casual Huey Magoo’s, who also served as CMO of Wingstop when it exploded from 80 to more than 600 units.

Tipp was impressed by the potential and also how far Pincho progressed since its Miami inception in 2010. But like any restaurant concept build from inspiration, Pincho’s past was rooted more in trial-and-error success than tangible analytics and operating procedures. The first year Pincho opened it did about $200,000 in sales. Year 2: $356,000. Now, the brand is averaging $1,000 per square foot in a footprint that ranges from 1,800 to 2,800 square feet.

“It’s hard in this industry to find something as well rounded at such an early stage as Pincho Factory,” Tipp says. “Sometimes you’ll find a concept that has great food, or interesting food, or an interesting spin on something. It might have one great item on the menu, or it might have a really interesting environment, but you usually find one of those things and everything else is lacking. But here the food is fantastic and the brand is really well developed.”

Early on, though, Tipp dipped right into his playbook of experience and started shoring up operations. Food cost. Labor. And also leaning on experience rather than gut instinct to make key decisions.

“I think if you talk to folks who know me in the industry what I think you will hear, and what I think has had an impact on the team and the organization here in a very short period of time, is I’m a very focused, driven, high sense of urgency individual. But it’s all based on information,” Tipp says. “… I think I’ve been able to help this team in a very short period of time identify our priorities, stay focused on our priorities, and drive results into the business.”

Tipp joined Pincho the week it opened its 10th unit. He was at the grand opening and expects to make plenty of similar trips in the near and distant future. In addition to building out the Florida market, which is about as diverse as it comes in America, Pincho is drawing a radius where a nonstop flight can touch down in 3–4 hours, Tipp says. This opens Pincho to plenty of “great markets where we think our brand is going to have strong appeal, and where we’re going to find experienced and capable operators to work with.” 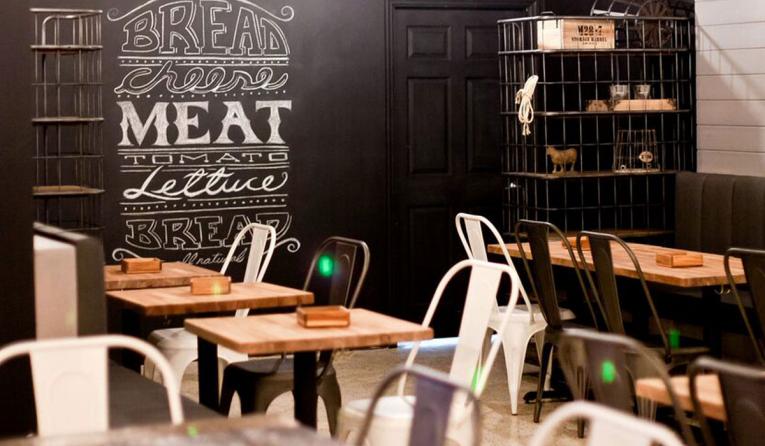 Pincho Factory does a robust dinner daypart due to its hospitality-focused service model.

Pincho is targeting the mid 2,000s for square footage as it builds out its unique brand. Guests order at the counter but then sit down and have the food brought to them with wrapped silverware and real dishware. More, staff are trained to interact with guests at three touch points: the beginning (bringing the food), the middle (asking about refills, how the experience is going), and at end (bussing). There isn’t a trash can or bus station in any dining room.

Menu wise, Pincho Factory is kind of like a better-burger concept happily crossed with a Latin kitchen. Pinchos refer to the skewered meats—chicken, steak, and shrimp—which are built off a base (pita wrap, rice bowl, salad), and then cooked to one of six styles (fresco, California, tex-mex, Latin, chimichurri, and Mediterranean). There’s even a locally brewed 627 Ale Beer for Pincho.

This mix of options is what Tipp says differentiates Pincho from other fast casuals. It ignites a strong dinner daypart not often enjoyed in limited service. One example: Valentine’s Day is one of Pincho’s most profitable days of the year.

“If Pincho were a person, Pincho would be a millennial. And there is something embodied in the brand that speaks to millennials, along with our perspective on food that we are a higher touch, higher-service-oriented fast casual. … We’re a place where people go on dates. We’re a place where people want to go out and hang out, particularly for dinner,” he says. “All of that drives a reaction and a response by people who are interested in brands that are on the cusp.”