Tropical Smoothie wants to reach 1,500 locations in the next four years.

Tropical Smoothie Café tapped a new chief executive officer Thursday, and isn’t being shy about setting goals. The company promoted chief development officer Charles Watson, who spent more than a decade with the brand, to the lead role. Watson’s target: Hit $1 billion in sales and more than 1,500 locations by 2023.

“Charles has the tenacity, vision and passion this brand needs to continue our upward trajectory and will ensure the success of our franchisees is at the center of every decision we make,” said Scott Pressly, Tropical Smoothie’s chairman of the board, in a statement. "He has been instrumental in developing the culture of Tropical Smoothie Cafe and earning the trust of our franchisees. We look forward to realizing Charles' vision for the company."

Watson has led Tropical Smoothie’s franchise development efforts since 2010 and served as CDO for the past four years. The company said Watson was directly responsible for selling more than 800 franchises. 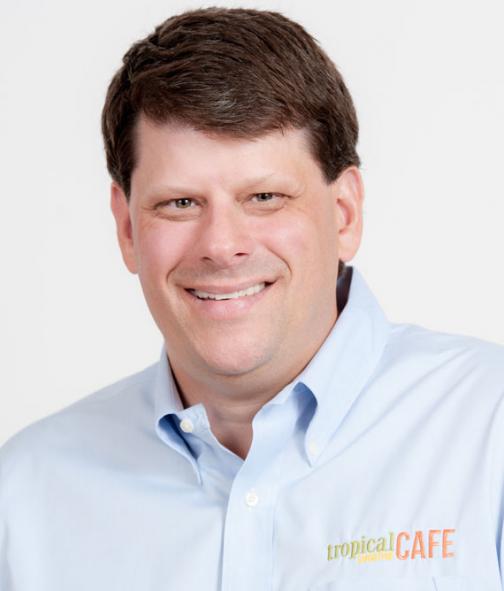 "I am overjoyed to have the opportunity to lead such an incredible brand that has truly become a part of my DNA over many years," Watson said. "I am forever grateful to our franchisees, support center team and our Board of Directors for their confidence in me as the leader who can guide Tropical Smoothie Cafe into a new era."

Tropical Smoothie has more than 720 locations nationwide. So the goal is essentially to double the chain’s footprint in the next four years.

The company’s performance has been on the rise in recent years. When former CEO Mike Rotondo, who held the job for five years, left for Edible Arrangements in July, Tropical Smoothie said the top 50 percent of its franchise owners had average gross sales north of $873,254—a 30 percent increase over the last four years. Same-store sales were up 36 percent over the past five, and more than 345 locations had opened in that span. Also, it’s reported average-unit volumes of $681,000 were the highest in the company’s 20-plus years of history. When Rotondo joined Tropical Smoothie as VP of operations in 2008, comps were down about 6 percent and another 2 percent in 2009. AUVs hovered around $400,00. By 2015, same-store sales increased 11.2 percent, year-over-year, and the brand ignited a growth spurt with 199 signed franchise agreements that hasn’t slowed much since. It inked close to 100 in 2017.

The year Rotondo was appointed CEO, in 2012, BIP Capital invested in Tropical Smoothie.