The chain is getting ahead of customers' inevitable revolt against menu price increases, CEO says.

4 Rivers Smokehouse CEO John Rivers knew back in October that product inflation was likely to continue through this summer.

Like most, the barbecue fast casual took pricing multiple times in 2021 to relieve pressures. But with unrelenting inflation projected for the next several months, Rivers realized it would be dangerous for his restaurant to keep responding with the same mitigation strategy.  Something else had to be done.

“[Pricing] is never going to catch up,” he explains. “It's never going to get you to where you need. You start to lose customers. Simply, a customer can’t afford a 20-some-odd-dollar brisket sandwich. I knew that we had to come up with something different.”

Instead of waiting for that negative consumer reaction, Rivers, the executive chef, and other leadership members began working on an alternative menu that could leverage lower cost of goods sold and maintain a value-based price point—now and well into the future.

Everyone contributed suggestions, even Hamburger Helper. 4 Rivers Smokehouse ultimately developed about 20 menu items, but Rivers is a big proponent of, “Let’s invest a little, and learn a lot.” The result was a new Inflation Menu featuring two products that are not necessarily traditional barbecue, but are all brand-related.

The other meal is a Buffalo Mac Attack ($9.99) that can be made with either chicken or cauliflower. Both include French fries tossed in homemade buffalo sauce, mac and cheese, jalapeños, queso fresco, and cilantro.

So far, guests have been pleased with the innovation.

“What we don't know is, are they buying it out of appreciation, recognizing that we did actually bring items out at $9.99 and increased the portions in order to help them, or is it just because it's a new item?” Rivers ponders. “The reviews on it have been very, very good. We're not quite sure what the motive is at the moment, but we're really happy to see that the sales are increasing in the category.”

Rivers plans to keep the Inflation Menu in place until he notices some level of reprieve on product costs. Pork and chicken are manageable, but beef has been particularly difficult, he says. To his point, the price of beef and veal rose more than 43 percent year-over-year in January, according to the Bureau of Labor Statistics.

To keep things fresh, multiple products will rotate through the Inflation Menu.

“We know that the whole point of this strategy was a proactive position versus waiting for sales to go down and the inevitable case that we're going to have to keep increasing pricing,” Rivers says. “So instead of being reactive to it, we got ahead of it and in doing so, we got the goodwill of the intention on top of the sales itself.”

Menu prices rose 6.4 percent year-over-year in January, the largest 12-month increase since January 1982, according to the Bureau of Labor Statistics. The price of quick-service meals jumped 8 percent.

Each time a brand raises prices, there will be a diminishing return, Rivers says, and it's a matter of time until consumers start walking away. He believes it’s also important to keep in mind that costs are rising across the board, including retail, gas prices, and electricity—everything touching the household.

“You can't look at it from the silo perspective,” he says. “Our customers’ cost in life is going to go up exponentially, and if we're not proactive and have a strategy in place, we're going to be one of the first ones that suffer because we're on the discretionary income side.”

“Probably one of the most strategically important things a restauranteur needs to do today is to look out six months and 12 months to start making plans and changes now,” he adds. “Otherwise if you manage your business from a reactionary perspective like we used to for years you're going to get caught. Because the landslide is too steep at the moment.” 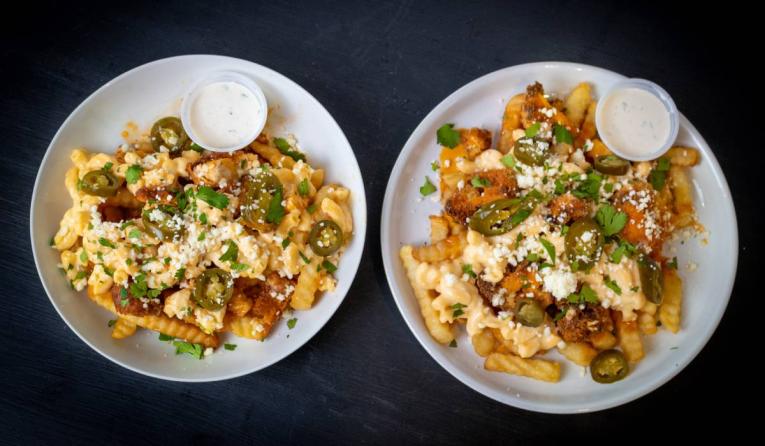 In February, Brinker International CEO Wyman Roberts suggested Chili’s could benefit from fine-dining customers stepping down to casual brands amid the inflationary environment.

Rivers thinks the theory has potential, but nobody truly knows yet. It reminds him of the Great Recession when high-end restaurants were compromised by stock market declines. When the upper class went through that financial turmoil, they stepped down and helped trigger the rise of fast casuals.

But COVID tells a different story, Rivers says. The middle class is most affected, and that’s 4 River Smokehouse’s target demographic.

“That's what I'm a little bit more concerned about because if the stock market continues to perform well, but inflation goes up, the rich are just going to get richer and it's the middle class and the lower class that get compromised in that situation,” Rivers says. “So I'm not so sure that the fine diner is going to shift down unless they have some type of event that compromises their income.”

With costs of goods serving as the prevailing issue, Rivers says locking into food contracts becomes a balancing act. It’s a seller’s market, so restaurants have to be willing to accept high hedges, or the premium companies put on top of contract prices to make sure they’re covered.

Rivers has given his procurement team the green light to lock into high-end proteins for more than six months to a year if the hedge pricing is reasonable. In some cases, the restaurant can acquire large amounts of product and freeze it, like pork, but it can’t do the same with brisket.

“When the sellers know that their costs are going to go up and the sell price is going to go up, that hedge that sits on top of it gets really, really difficult to lock in,” Rivers says. “There's a lot of inherent challenges. You can't just wake up and say, OK, let's go contract everything and lock it in and we'll be safe. I wish it was that easy. But unfortunately, it's not.”

The biggest quick-service restaurants have been impacted just as much. For example, Domino’s is raising its 12-year-old $5.99 Mix and Match promotion to $6.99 for delivery customers because of the channel’s costs. The pizza chain also made its $7.99 carryout deal online only to push customers to digital, which comes with 25 percent higher average ticket and less labor. Additionally, Little Caesars increased the price of its classic Hot-N-Ready pizza from $5 to $5.55, with 33 percent more pepperoni.

Others have chosen a similar route to 4 Rivers Smokehouse, and done their best to maintain value. That includes Del Taco's “20 under $2” value menu, which the fast casual calls the largest value menu of any QSR+ brand.

Rivers is confident there will be a reckoning among customers when it comes to inflationary pricing. It’s just a matter of when.

“Every time you raise that price you get closer and closer and ultimately you lose more customers,” Rivers says. “You can justify it and you can compare against competition. But if they're increasing pricing the same rate you are, it's two peas in a pod calling each other green. I can do this because my competition is doing it. But at the end of the day, that’s not the deciding point. It’s how much of a threshold can your customer truly bear?”