West Coast sandwich concept Togo’s has been around 50 years, and that can be a good and bad thing, CEO Glenn Lunde says.

Five decades comes with an undeniable brand presence, but legacy chains can also fall into the trap of an outdated operating model. As Lunde explains, the classic Togo’s—founded in San Jose in 1971—runs like a deli where a customer walks up and the employee is tasked with making the sandwich while conversing with the customer.

“That New York deli kind of thing, which is great back in the day, but it really isn’t that efficient,” the CEO says. “It's really difficult for the sandwich maker to make a sandwich while you're talking to them. And they're trying to remember the things and then they're trying to upsell you and they're trying to say hi and bye. It's a lot to do for one person. So we realized we needed to make it easier for employees first and foremost, like, hey, this is difficult for a new employee to do. They have to know the whole menu and make it and talk to the customer. And that's hard to do.”

To resolve this operational conundrum, Togo’s developed a new prototype—labeled Togo’s 3.0—that involves a speed line. Instead of a single employee completing each task, one person cuts the bread, one person fills the sandwich, and so on. Lunde says the new model not only helps with speed of service, but also improves employee satisfaction.

The first test of the speed line came in 2017. By 2019, Togo’s started building full 3.0 remodels with new equipment, color palette, flooring, decor, lighting, and logo. As of now, 30 of Togo’s 180 stores have the speed line and 11 have the full remodel. About 24 locations have implemented some form of the decor package. Stores with the new speed line see sales improve 15 to 20 percent. In addition, cost of goods lower 1.5 to 2 percentage points because the collaborative speed line uses one bin per item whereas the old deli model saw multiple people using their own bins. Waste goes down and throughput increases.

“There’s a a reason one person doesn't make an entire car right?” Lunde says. “They build a part of it. So nothing that COVID invented. We just didn't have that. So we picked that model over going down the line of building it as you go, which is also not as efficient. We still kept it very open. It's all glass and you can see them making the food. You just don't follow along and say, ‘OK put lettuce on, OK put this on.’ You don't do that, which we also find our customers like because they would rather place their order and go back and get their drink and then start looking at their phone and start doing emails, and not talking.”

The beauty of the speed line is it also accounts for off-premises, a channel that accelerated greatly amid COVID. With Togo 3.0, one printer spits out orders from every channel, whether it’s cash register, self-order kiosk, website/app, or delivery. So the person at the beginning of the line starts making the sandwich no matter what channel it came from. And then the employee at the end of the line looks at the ticket to determine where it should go, and they distribute the food appropriately.

“So it creates a seamless system with no matter where the order comes from, it doesn't disrupt your operations,” Lunde says. “And that's probably the biggest issue in restaurants is dealing with drive-thru, delivery, walk-in, online. Your systems aren't built for that usually. They tend to be, 'Oh well we have a drive-thru model and then we have the dine-in people.' We were able to make it into one system.”

Before the new prototype, Lunde says Togo’s put franchise ownership sales on hold because the company didn’t feel like it had the right model to sell. It wasn’t until 2019 that Togo’s started to ramp up the process with the performance of Togo’s 3.0 proving out the model. Even during COVID, the chain signed 14 store agreements. The strategy is to continue fortifying California, Washington, Oregon, and Arizona, and enter Nevada for the first time with two new stores. In honor of Togo’s 50th anniversary, the chain is offering 50 percent off the initial franchisee fee and 50 percent off royalties in the first year. 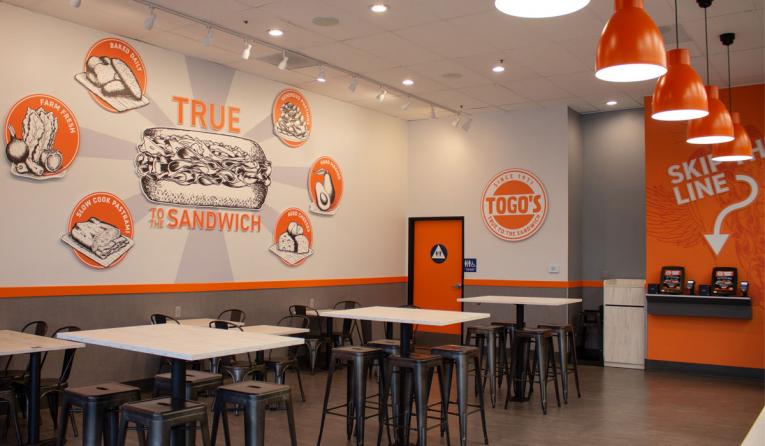 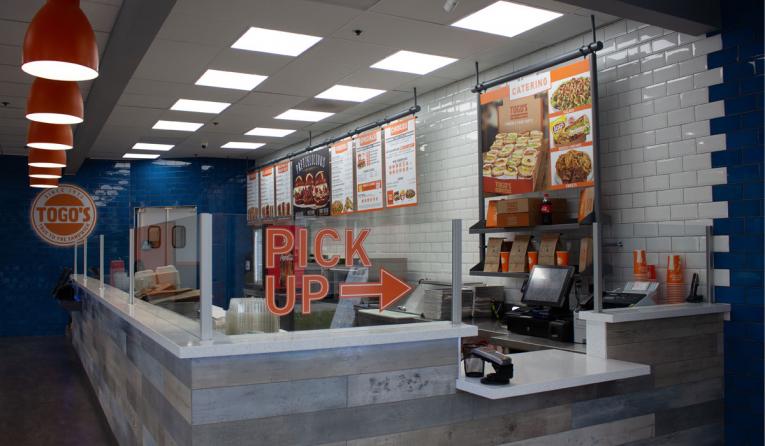 “We are geared up for the summer,” says Togo's CEO Glenn Lunde. “We’ve got our 50th anniversary, our new products, our new advertising. So our dine-in will be opened at 100 percent, and then depending on the county will dictate what percent of the tables can be used, but we're setting it up like it's 100 percent.”

The new prototype and growth strategy provide Togo’s with an energized and optimistic future, much unlike what it saw at the onset of COVID.

At the beginning of April 2020, sales sank 45 percent. But the uphill path toward recovery wasn’t as steep for multiple reasons. For one, the chain is built on sandwiches, a product that fits perfectly with off-premises programs. Secondly, Togo’s recognized prior to the pandemic that it needed to strengthen its digital strategy, so it already started work on integrating online orders and third-party delivery into its POS system. Because of that foresight, the sandwich brand finished 2020 only 2 percent down in sales.

So far in 2021, the brand is lifting 19 percent. In the same period last year, Togo's was down 17 percent, so it's made up for its losses. Off-premises mixed 24 percent in 2020, which breaks down to a 12 percent split between native web/app and third-party delivery service providers. Year-to-date, sales outside the four walls account for 33 percent of sales, or 19 percent from third-party delivery and 14 percent from the native web/app. Pre-COVID, off-premises mixed just 12 percent—7 percent native web/app and 5 percent third party.

READ MORE: Channels of Trade for Restaurants in the Post-COVID Era

More sales opportunities are on the way since California is scheduled to return to full capacity and remove mask mandates on June 15. Lunde acknowledges that Togo’s really isn’t an “ambience energy” type of place like a local brewery, but he adds that it will be nice for customers to have the option to eat inside as opposed to eating in their car. But even with the dining room fully open, Lunde thinks there’s a group of consumers that really likes delivery and doesn’t mind paying for it.

“Certainly everyone has adjusted their payment for that,” Lunde says. “So I think DSPs [delivery service providers] are sort of here to stay as is online ordering. I don't know that online ordering will continue to rise as quickly as DSPs. We're hoping that dine-in is going to be more incremental and that the people ordering online and DSPs are going to keep doing that and it's the dine-in people that don't like online or want to sit down and all that have been staying home and making sandwiches.”

Labor remains a challenge for Togo’s, just like everyone else. To assist franchisees with the recruiting process at the store level, the chain added an application portal to its website. In two weeks, the brand received more than 100 applications though the portal. For Lunde, running restaurants is about competing for people first, then customers—whoever gets the best people tends to get the most guests. It’s another reason why the brand refresh and simpler operating model has been so valuable to Togo’s.

But looking at the bigger picture, vaccinations are rising, jurisdictions are reopening, and consumer confidence is increasing. And Lunde knows Togo’s is in a better position than most to take advantage of the new environment.

“We are geared up for the summer,” Lunde says. “We’ve got our 50th anniversary, our new products, our new advertising. So our dine-in will be opened at 100 percent, and then depending on the county will dictate what percent of the tables can be used, but we're setting it up like it's 100 percent.”

The Role of Risk Mitigation in the Food Supply Chain
Will the End of Expanded Unemployment Really Fix the Hiring Crisis?
Starbucks Facing Supply Chain Shortages

Jack in the Box Reveals its Restaurant of the Future
Auntie Anne's Opens First Drive-Thru Store
Will Your Drive-Thru Pass the 'Blindfold Test?'

Can Restaurants Come Back Stronger than Ever?
Hiring the Right Security for Your Restaurant
What’s Next for the Restaurant Revitalization Fund?