Amy's Drive Thru Shines as Beacon of Plant-Based Movement

The brand could potentially quadruple in the next three years.

The plant-based movement is taking a deeper hold in the U.S., and Amy’s Drive Thru president Dave Wolfgram recognizes the shift more than most.

The concept, founded in 2015, features a completely vegetarian menu in a fast-food format, with organic burgers, pizzas, burritos, salads, coffee, and milkshakes. Not only that, but everything on the menu is offered gluten free and vegan, as well.

The premise may have seemed niche a few years ago, but the term doesn't seem accurate anymore, Wolfgram says. If one stepped into a store, like in Rohnert Park, California, customers would be from all walks of life, whether that’s college student, senior citizen, construction worker, or young professional.

Plant-based food is accelerating toward mainstream, giving Wolfgram confidence in Amy’s plan to open 25–30 locations in the next five years.

“There's such a move towards plant-based and people looking to eat organic and be healthier,” he says. “It really appeals to such a broad spectrum. Every year that goes by, that's increasing.”

Major players across the industry have hopped on the plant-based train. In 2019, Burger King rolled out the Impossible Whopper nationwide and followed up with the Impossible Croissan’wich sandwich in 2020. The biggest plant-based news of 2021 was arguably the U.S. test of McDonald’s Beyond Meat McPlant Burger, which could expand to 700 restaurants later this year.

The trend has moved even quicker in 2022. KFC announced that it will become the first major chain to launch plant-based chicken nationally, and Chipotle revealed it was expanding plant-based Chorizo. There’s also Donatos (cauliflower crusts and meatless pepperonis), Wienerschnitzel (veggie hot dogs), and Jamba (plant-based smoothie)—all of which were announced within the first ten days of the new year.

But for Amy’s, going green is hardly a new trend. The restaurant was founded by the 35-year-old Amy’s Kitchen, a manufacturer of non-GMO and vegetarian convenience and frozen foods.

“It's critically important to the family and their mission to make sure that we're filling a need wherever we go,” he says. “So we do start with looking for populations that have a propensity to be vegetarian and plant-based focused. We know where those pockets are because we know where the Amy's products are selling. We know where there's demand for the Amy's Kitchen products in the grocery stores.”

That’s not to say Amy’s doesn’t attract the typical flexitarian, or those seeking plant-based alternatives, but leave room for meat in their diet.

“There are people that have maybe stumbled upon us by accident,” he says. “And then they discover that plant-based food can really taste great. That's the bottom line whether it's vegetarian or not. If you're serving great tasting food, people will come in for it.” 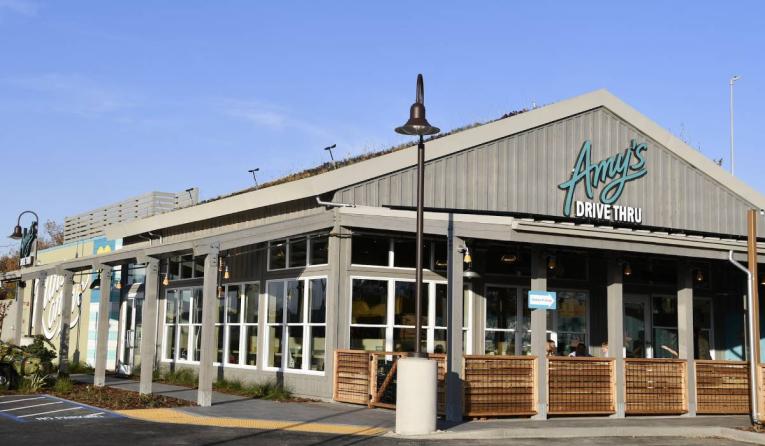 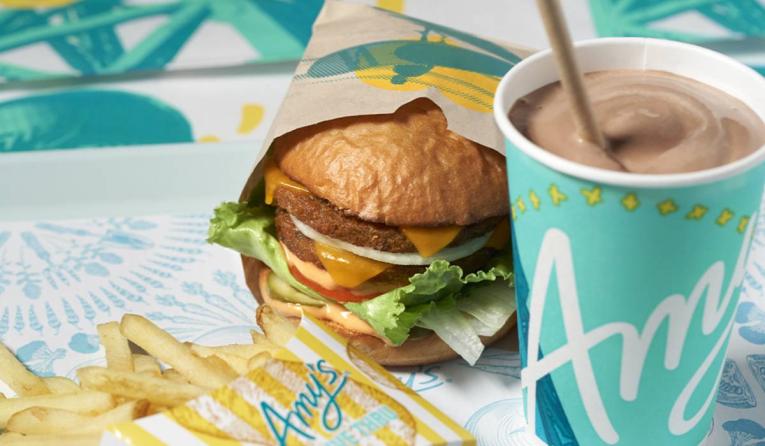 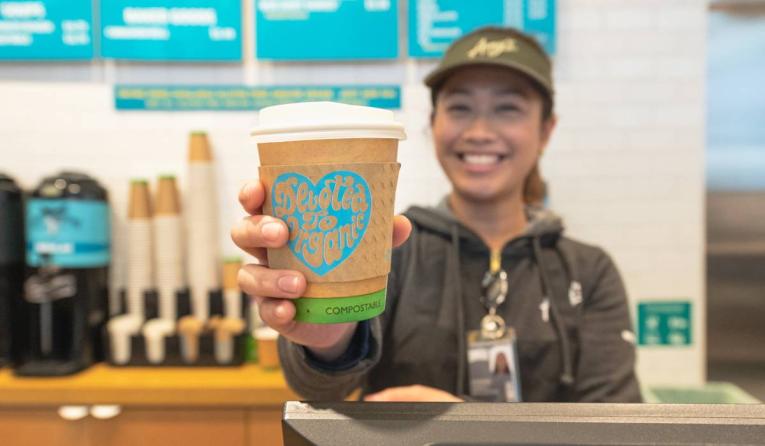 To date, Amy’s has only built from the ground up, which is necessary considering not only its sustainability requirements, but also how the kitchen must be organized.

Entering 2022, Amy’s operates four standalone locations in Rohnert Park, Corte Madera, and Roseville, California, and another in the San Francisco International Airport. As for upcoming growth, the focus is on the West Coast (San Diego, Los Angeles, Bay Area, Sacramento, Portland, and Seattle), with two locations set to open this year in Southern California cities Thousand Oaks and Aliso Viejo. After 2022, the strategy is to steadily ramp up each year’s total, meaning three to four openings in 2023, and five to six in 2024. At that pace, Amy’s could quadruple in size in three years.

All of those future stores will be company-owned, and not franchised.

“We're a family-owned business,” says Wolfgram, explaining Amy’s decision to remain corporately run. “We’re owned by the Berliner family, the founders of Amy's Kitchen, and it's been a family-owned business for well over 40 years with no outside investors, and it allows us to make sure that we stay focused on our core values. The family's mission is to bring affordable organic vegetarian foods to as many people as possible and keeping it family-owned is just more aligned with their values.”

Each unit is built with sustainability at top of mind, including a living roof (one that’s covered with vegetation), recycling gray water (wastewater generated in a building), solar panels, and the use of other renewable resources. In addition, all of the restaurant’s packaging is compostable and its plant-based burgers produce only 10 percent of  of a traditional beef burger's usual carbon emission.

In late 2020, Amy’s became a Certified B Corporation, a distinction given to brands meeting the highest standards of social and environmental performance.

“We think long-term, consumers will recognize that we're trying to do the right thing, and there will be a return on that investment, but first and foremost, it’s the right thing to do for the planet,” Wolfgram says.

To date, Amy’s has only built from the ground up, which is necessary considering not only its sustainability requirements, but also how the kitchen must be organized.

Most plant-based dishes at fast-food chains are not prepared in a vegan or vegetarian manner since they share equipment with regular meat products, but that's not the case for Amy's. To ensure restaurants are able to serve vegetarian and vegan meals, the back of house is divided into specific stations. In the burger area, one grill is used to create gluten free products while another larger grill in a separate space is used for vegan dishes. Wolfgram says there’s few kitchens that could be retrofitted to Amy's specifications.

All of that adds up to increased complexity, which the chain is keenly aware of.

“Our training system just needs to be spot-on because when we make a commitment to somebody that something is going to be gluten free and they have a gluten allergy, we've got a responsibility and social responsibility to make sure we get that right,” Wolfgram says. “Whether it's a dairy allergy or gluten allergy, we have thorough training systems in place and operational systems in place to make sure that we get that right.”

Amy’s continues to gain momentum in a space that’s only increasing. According to Bloomberg Intelligence, the plant-based industry could reach $162 billion within the next decade, up from $29.4 billion in 2020. In addition, a survey from virtual restaurant company Nextbite found 46 percent of respondents want to eat healthier in 2022, making it the highest-ranked lifestyle change.

The restaurant’s use of drive-thru is also likely to play a significant role in growth. The channel increased visits by 9 percent in the year ending October compared to a year ago, and by 23 percent versus two years ago, according to data from the NPD Group. Brands understand the strength of this off-premises vehicle; from a study of 251 restaurant franchise operators across the U.S., T.D. Bank found 45 percent plan to add more drive-thru locations.

For Wolfgram, those numbers mean reaching a wider customer base, whether that’s vegetarian, flexitarian, vegan, or any other classification.

“It's exciting when I see somebody or talk to a customer walking out over one of our restaurants, and they came in not knowing it was vegetarian, but they decided to give it a try,” Wolfgram says. “When I chat with them on the way out the door, when I hear from them what an ‘aha’ moment it was for them as a consumer that they can have plant -based and it can taste great—they're not giving up any flavor. They’re not giving up any satisfaction to have a plant-based meal.”