Cheba Hut Rides 'The Green Wave' as Expansion Heats Up

Over the past 20 years, Cheba Hut has earned the reputation as the bad boy on the block, and it’s perfectly OK with that. With a beach-y, free-spirited vibe, the marijuana-themed concept doesn’t want to be just another sandwich shop. It’s motto—“escape the established”—has driven Cheba Hut since it debuted 21 years ago in Colorado.

And as acceptance around the legalization of marijuana grows, Cheba Hut sees fresh opportunity. The brand believes it can capitalize on “the Green Wave,” chief operating officer Marc Torres says. In areas where marijuana is now legal, Cheba Hut partners with dispensaries by leaving menus in their waiting rooms as a form of cross promotion.

“We own that,” Torres says of the bad-boy positioning. “That's something that we're proud of. We've been doing business since 1998, way before legalization was even being talked about it.”

Torres says interest in the brand is spiking, from consumers as well as operators hoping to join Cheba Hut’s growth. The brand has turned down as many potential franchisees as it’s accepted, he adds.

“Nobody's doing what we're doing,” Torres says. “We really do feel like we're in our own lane.” 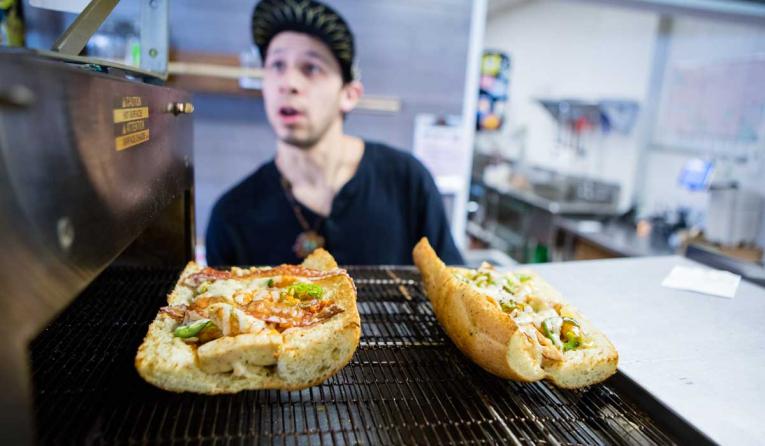 Cheba Hut’s expansion strategy has evolved over the past two decades, corporately and on the franchised side. This year, the brand, which was featured on QSR’s 40/40 List in 2018, hit the 25-store milestone with the opening of its Las Vegas restaurant. Currently, the breakdown of units is 11 company-owned and 14 franchised.

In 2015, Cheba Hut put the brakes on franchising. Leadership realized in order for the brand to succeed and grow successfully, a complete review of operations and processes needed to take place. Over the last three years, Cheba Hut focused on improving its company stores to create a viable model that will be successful for franchisees to imitate, Torres says. Cheba Hut grew from six corporate locations to 11 during that time period. It had to walk the walk before it could ask others to.

After doubling the footprint of company restaurants, Cheba Hut felt it was time to explore franchising again in 2018.

“Our systems were in place and we were feeling great about the position that we were in,” Torres says.

Florida is another target where Torres sees massive potential. With the chill, beach-y vibe, the concept works in places like St. Augustine, where there’s not a major college crowd. But there’s still potential to open near campuses across the state. 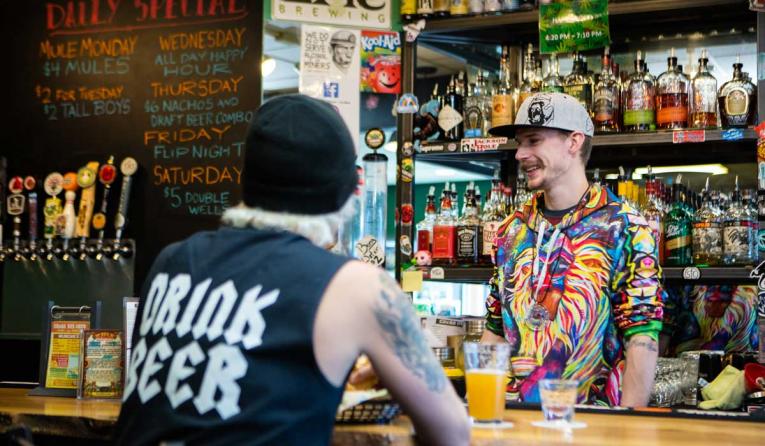 Guests can pair their sandwiches with craft beer or cocktails if they want while dining at Cheba Hut.

“We feel like it goes extremely well in those types of markets where you’re typically looking for something more than a sandwich and go,” Torres says. “You want a cool place, you want someplace that adds to your trip. It adds to your experience wherever you're at, whether it’s St Augustine or Miami beach, we feel like Cheba goes really well with, especially if you're on vacation.”

Last year, Cheba Hut brought on five new franchise partners, each with three-store deals, which is the current standard. Torres says the chain will gradually increase the number of partners they bring on each year. By the end of 2019, Cheba Hut will welcome six to eight new franchises, it says.

Even though franchising is ramping up, company growth is progressing, too. Cheba Hut is on track to open five to eight units per year, Torres says, and expects to continue to do so over the next few years. Corporate expansion helps spread brand awareness and, in turn, supports franchise growth in new and existing markets.

“The idea behind that is we feel like the company stores keep us really close to our customers and to our operations,” Torres says. “We’re able to really use the best practices from within our company stores and get those out to the to the franchise community.”

Torres believes the brand will hit 35 units by 2020, and the 50-store milestone by the end of next year. If all goes accordingly, the company could double its footprint in less than two years. But Cheba Hut’s leadership isn’t going to force that directive. So far, growth has been organic and Torres says that will continue. 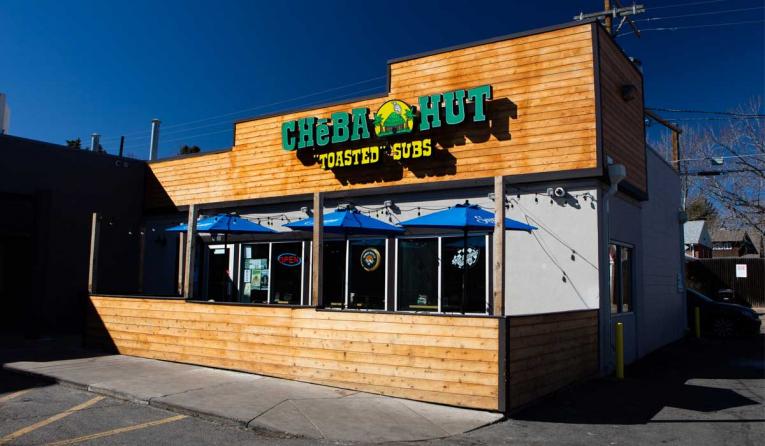 The work over the past few years set the company up to feel comfortable about this rate of expansion.

Unlike some of its competitors, Torres says, Cheba Hut’s focus is not just on the menu, but the overall experience a guest has when dining at the restaurant. It is not a place to just go grab a sandwich and leave—it’s a destination to enjoy something different, maybe a cocktail, and hang out with friends.

Even though the 18-34-year-old demographic makes up a majority of its customers, Torres says, Cheba Hut meshes well with blue-collar workers as well. They are a little older, have disposable income, and feel like they’re reliving a younger age when they’re at the restaurant.

“That's something that we do really well as a brand,” Torres says. “When people come in, they feel like they're back in college or back in their party days. I think that's what sets us apart.”

Along with giving customers an experience, Cheba Hut also attracts with price. Customers typically get out of the door with a sandwich and a beer or cocktail for under $20.

“People that sometimes have the wrong idea about who we are and what we do,” Torres says. “Just come on in. Come on in, have a sandwich. Enjoy it. Cheba is not for everybody, but the people that get it are diehard fans and those are the people that we focus on serving every day.