Applicants are flooding in and retention is soaring.

Employees can sign up to be part of two "pods" that operate as cohesive teams.

Chick-fil-A operator Justin Lindsey had a wall full of plaques and sales to make even the top-flight restaurants blush. His Miami store earned the brand’s overall sales and profit honor four out of five years running, which is no mean feat given Chick-fil-A’s industry-busting average-unit volumes. But a thought was nagging him.

Lindsey looked at his schedule and leaders next to the bottom line. “I realized, I’m asking a ton of these folks,” he says. “They’re literally working 70 hours a week, week in and week out.” To achieve the marks Lindsey was hitting, staff sacrificed vacations. They’d joke about being exhausted and needing to go home and collapse. “Honestly, I can do better,” he recalls.

Lindsey didn’t think bumping PTO or benefits was bold enough. At the least, it wasn’t anything novel. A three-day workweek, however?

Lindsey decided to create two “pods” of employees who would essentially condense their week-long schedules into three-day blocks of 13- to 14-hour shifts. He began the program in February and has appreciated 100 percent retention at the management level since. There’s 18 store leaders involved along with about 20 front-line employees.

Just recently, with the three-day workweek headlining the listing, his restaurant collected more than 420 applicants from a job opening.

There are a few reasons the program resonated, Lindsey says. For workers, it gives them a set schedule and ability to plan lives outside of work in advance. There’s also a seven-day stretch each month where somebody gets off.

Operationally, it’s made a tangible difference, too, he adds, since it solved another pressing concern. Lindsey would often sit with managers after a busy day and ask why inconsistencies spiked and faded throughout a day, but especially in the afternoons. Speed of service faltered, dining rooms would get cluttered. “I said, ‘why are you surprised by that?’” Lindsey says. “You have one leader leaving at 2 and another coming in who hasn’t been there all day and they’re trying to count registers and get everything done. Basically, you get in a good rhythm and then you go home for the day.”

The three-day workweek eliminates that revolving-door approach. Leaders are locked in for longer periods of the day and the pods establish consistency through familiarity and stability.

“They know the strengths and weaknesses of each other, and they can work through that together as a group,” Lindsey says.

Flipping to this labor model didn’t come without hurdles. Lindsey says it was tough initially from a communications angle. Employees were intrigued, but the idea didn’t always click, which is sensible considering there’s no case point to compare to.

Lindsey sent an email teamwide and then started sharing Google forms and surveys. If somebody was interested, they filled it out. Every employee who did so, the store’s management held a one-on-one to gather their thoughts. “We started answering questions,” he says.

Would it cost hours (and pay)? It wouldn’t. What would a day look like? Lindsey explained the block schedule. He shared the seven-consecutive days off benefit and what might happen if they had to call out sick for a 13-hour shift. “We were very clear with them from the beginning,” he says. “We said, ‘look, this is uncharted territory.’ I don’t know that this has ever been done but if you’re going to do this, you’re going to come on a journey with us.” 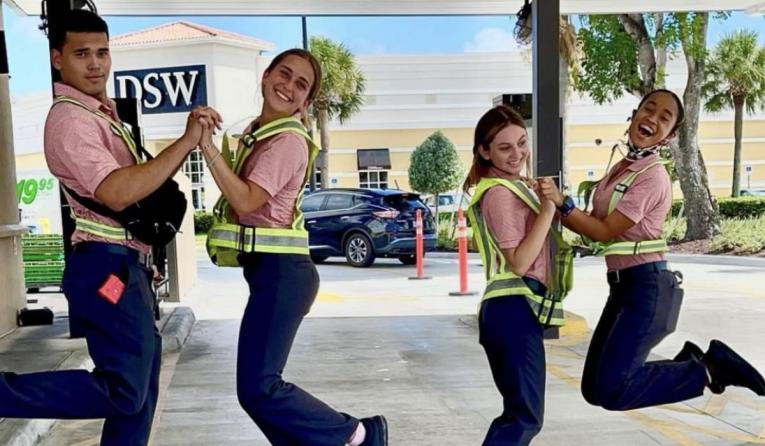 And mostly, Lindsey was sure to get his purpose across. It wasn’t a program intended to generate buzz. This Chick-fil-A, which Lindsey took on mid-June of last year, is on pace to produce $17 million in sales this year. That's nearly $6 million more than the average Cheesecake Factory and puts his restaurant at the very top of Chick-fil-A’s AUV range: Of the chain’s 1,836 U.S. freestanding restaurants outside of malls in 2021 (those open and operated for at least a full calendar year, from a total of 2,023), average annual sales volumes clocked in at $8.142 million, with 849 of those, or 46 percent, producing figures at or above. The top operator reached $17.16 million, per Chick-fil-A’s FDD.

“I’m truly, from the bottom of my heart, I’m doing this because I think it’s the right thing to do for you and for your families and for your school and for whatever that might be,” Lindsey says he told workers. “That is the reason behind doing this. Because, honestly, it would probably be a whole lot easier to just do things the way we’ve always done them.”

Lindsey and management talked through scenarios over multiple meetings, dispelling one myth after another until a three-day workweek appeared feasible.

“We were having the tough conversations on the front end so that way everybody was super crystal clear as to the reasons behind this program and why we think it’s going to be the future for our business,” he says. “And what we found was people seemed to appreciate that.”

As it turns out, the program has produced ancillary benefits. The pods actively compete with each other on things like inspections and service times, sending pictures back and forth. Since taking the approach, Lindsey says, they’ve been “literally perfect” in every food safety inspection. “We’ve been an elite restaurant,” he says.

A pod finished their shift on a Wednesday and got together the following day to head to Busch Gardens. As a manager told Lindsey, out-of-work excursions are a lot easier to arrange when everybody knows when they’ll be off.

Returning to recruiting, there’s no denying a three-day shift grabs attention. Lindsey’s unit deploys a company to screen applications and set up interviews. They reached out recently and asked what Lindsey was doing to jump applications. “I think people want to work in this industry,” he says. “People enjoy the work. But they want some things to change, and I think that’s what this has shown—is that there are things that if we change it for the better, we’re going to make a lasting impact.” 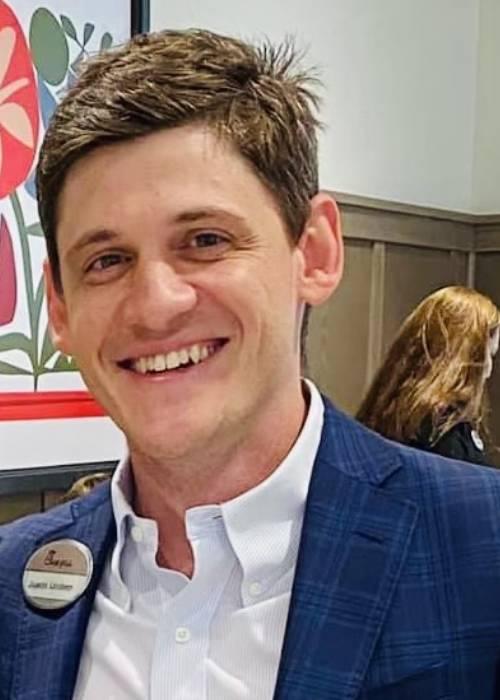 Justin Lindsey says his North Star as an operator is to "lead with generosity."

There are a good number of employees on staff who don’t opt in for the three-day workweek. Lindsey doesn’t foresee that changing. There’s simply too much flexibility and volatility in people’s lives, and it’s one of the reasons they come to work in quick service. Some employees might only want to pick up a shift here or there or clock in for very specific times. That’s long been one of industry backbones when it comes to satisfying a cyclical, seasonal labor force.

But the shift, Lindsey says, is giving people the ability to pick. “You give them options and you give them choices, and as long as those choices allow them to do what they want to do, then I think it’s really powerful,” he says.

Lindsey always takes a look at why employees turn over. Somebody moving on to pursue a different career or schooling is a lot different than bolting for a 50-cent raise from a nearby restaurant. One thing the pod structure has done is expose talent and opportunity and help Lindsey invest in retention. He’s been able to promote people faster since their abilities are crystal in this format. “You’re there with that same group of people for 13, 14 hours a day. It’s not a coming-and-going situation where you can hide, so to speak. … We’re going to able to see where the opportunities are and really work through them. At the same time, we’ll be able to capitalize on seeing when somebody is really knocking the ball out of the park and say, ‘OK, what do we need to do to get this person moved up in the ranks?’”

Lindsey says he was warned by veteran operators he’d see his sales ebb and flow as a new location went from opening to typical business. The slide always follows the surge. But that really hasn’t happened. Going to a three-day workweek sped up service, improved efficiency, and ensured a clean and safe restaurant people want to come back to. “Honestly, it’s attributed to this program from a leadership perspective,” he says.

Before, Lindsey notes candidly, he noticed rough patches and consistency that would have lent to the exact scenario he was forewarned about. In other terms, he was headed for the dip, like most.

“And then I saw us flip the switch and go to this program and build this structure into it,” he says. “And employees were energized and excited and goal focused, and driven.”

Lindsey frequently gets asked if people really want to work 13–14 hours in a day. By the end of the third, wouldn’t you expect consistency and service to drop? The answer needs perspective, he explains. Traditionally, Saturdays—Lindsey’s busiest day—was when employees struggled. By mid-day, when transactions were popping, you’d see employees eager to clock out and go home. But now? Imagine the same packed shift, but knowing you had four days off if you made it through. It’s hardly a detractor in comparison, he says.

“Sometimes I ask operators, how long of days do your people work now? It’s rare, especially for a leader, even in a five-day week, to work less than 10 hours a day,” Lindsey says. “That’s pretty normal. So if you gave them the option, I think a lot of them would say, oh yeah, I can suck it up a few more hours if you really only let me work three days. I’d be all over that.”

Naturally, a three-day workweek fits for Chick-fil-A since its closed Sundays. Still, Lindsey recently sat down with an operator friend in town and plotted what this might look like on a seven-day rotation. Imagine three pods instead of two, with some overlap on the weekend.

“There’s ways of making it work for anyone,” he says.