Chicken Salad Chick, and the Evolution of a Booming Franchise

Chicken Salad Chick's same-store sales are up 23 percent on a two-year basis.

In a jam-packed chicken segment that often feels like a high school hallway between classes, there was something different about Chicken Salad Chick. Scott Deviney, a Southeast Wendy’s franchisee with 24 restaurants, could see it. The peculiar nature of the 32-unit chain didn’t make it an outcast—it represented untapped growth potential.

“All of those things, to me, made me realize this is the exact segment we need to be in,” Deviney says.

Deviney and Eagle Merchant Partners invested in Chicken Salad Chick in May 2015, and Deviney took on the role of CEO and president.

With his quick-service experience, Deviney immediately realized he was fronting a chicken concept outside the common coop. For starters, in regards to the average customer, 80-plus percent of Chicken Salad Chick’s guests are female. They’re aged between 35–55. The guest tends to be a mother with children under the age of 14, and she’s the one making the food decisions in the house.

And who else specializes in chicken salad? “Nobody else was doing it,” Deviney says. “They kind of created their own segment within the space, which is fun.”

The differentiating factors don’t end there, but let’s accelerate to the present. Since taking over, Deviney has scaled Chicken Salad Chick to 90 restaurants, with another 25 expected to open this year. That would give the brand 105–115 stores, depending on the schedule, by the time 2019 rolls around. Some recent openings include Lutz, Florida—Chicken Salad Chick's 16th restaurant in the Sunshine State; and Memphis and Knoxville, Tennessee (opened within a week of each other).

Chicken Salad Chick counts restaurants open at least 18 months in its comps base, which measures out to 58 locations. Figuring those, the chain has seen its same-store sales lift 15.4 and 8.4 percent in the past two years, respectively, meaning Chicken Salad Chick is up more than 23 percent on a two-year stack basis. Sytemwide sales hiked 41 percent to $160 million in 2017 thanks to 27 percent unit-count growth. 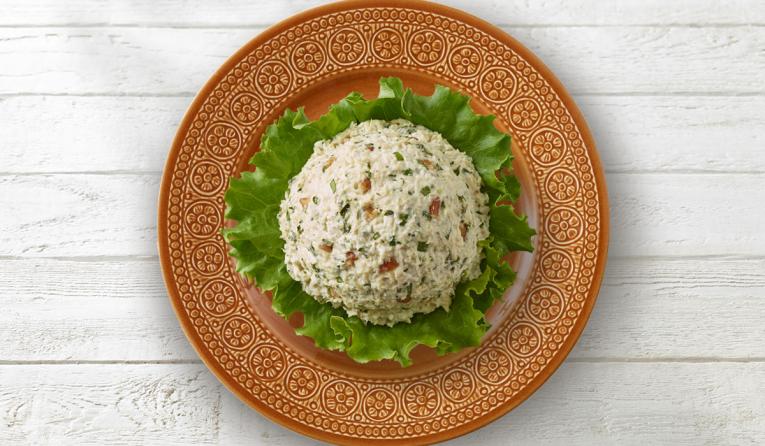 These are pretty robust numbers for a concept inspired by a call from the health department. Stacy Brown was selling her chicken salad recipe door-to-door in Auburn, Alabama, when local health officials told her she couldn’t legally market food cooked at home. Along with Kevin Brown, her partner and future husband who passed away in 2015 after a two-year battle with cancer, Stacy set up her first brick-and-mortar spot in 2008.

Deviney met Kevin through a mutual friend. They were looking for a capital infusion and the next round of leadership to take Chicken Salad Chick up a notch, to where Stacy always thought it could be: a household name. Deviney believed it could get there. “Our philosophy when we took over was don’t mess it up, because everything was working, so just don’t go in there and mess it up,” Deviney says.

There were plenty of areas to grow, however. Site selection, marketing, and shoring up Chicken Salad Chick’s franchise structure were immediate targets.

Deviney believes in an 80/20 percent split between corporate and franchise stores. When there were 85 units, 16 were company owned.

“I think it also helps our franchise owners whenever there’s a new initiative or whatever the case might be, testing products or whatever. If we can say that we’ve done it ourselves, we put our money there, we’re not just asking our owners to put money into their market and we haven’t done the same,” he says. “We’re sitting there right alongside them.”

In fact, Deviney and his team are the largest franchise owners in the system. The closest operator runs 11 Chicken Salad Chicks. There’s a reason for that, too.

Chicken Salad Chick tends to target smaller markets where its owner can step in and be the mayor in their community, as Deviney puts it. For the most part, the brand won’t sell any development deals bigger than 10 stores. There are currently 42 franchise owners in the system and Deviney estimates five to 10 are single-store franchisees.

Chicken Salad Chick is in nine states, mostly in the Southeast and as far west as Texas. Deviney says he can see the concept working across the map, but doesn’t necessarily envision that path in the near future.

"Our purpose as a business is to spread joy, enrich lives, and serve others. That’s kind of the filter for us. We want them to have that same mentality, where they really want to take care of their team, and then their team in turn takes care of their guests." — Scott Deviney, CEO of Chicken Salad Chick. 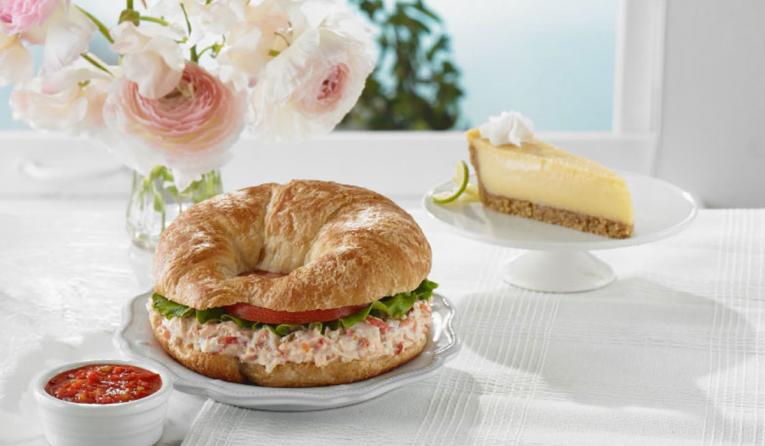 Chicken salad is a healthy option, as well as one that offers plenty of flavor variety.

“We’re not trying to take over the country tomorrow. We’re trying to be very smart about it, which means grow in concentric circles, fill in the state before we jump states or go to the next states,” he says.

In 2015, when Deviney arrived, sales were down a bit after the team tweaked the product, which resulted in some negative reaction from guests. In response, they conducted consumer surveys and started chatting with franchise owners about what was working and what wasn’t. The company formed a franchise advisory council within three months and allowed operators to have a voice at the table. There was a single vice president of operations. Now there are five different vice presidents for all the various functional areas.

“What has been the most successful for us has been that franchisee who has the service part down,” he says. “Our purpose as a business is to spread joy, enrich lives, and serve others. That’s kind of the filter for us. We want them to have that same mentality, where they really want to take care of their team, and then their team in turn takes care of their guests. Our business is pretty simple. We can teach you how to run a restaurant, and run it very well.”

Another key change early on for Chicken Salad Chick and Deviney dealt with site selection and how to blow out grand openings. Deviney says the chain’s marketing team will probably make 75 visits a day for about three days for each new store, handing out samples and introducing members of the community to Chicken Salad Chick’s products.

“That is the best way to bring somebody in and make them a customer for life,” Deviney says.

On the technology front, Chicken Salad Chick presents bigger than its footprint. Last year, the company went through a major overhaul, flipping out its point-of-sale system to one it felt would better suit it long-term. It’s tablet based and works well with Chicken Salad Chick’s push into online ordering, which really ramped up this year. Almost all of the current restaurants are integrated and guests can place an order online that prints back to the kitchen with a window for pick-up time. 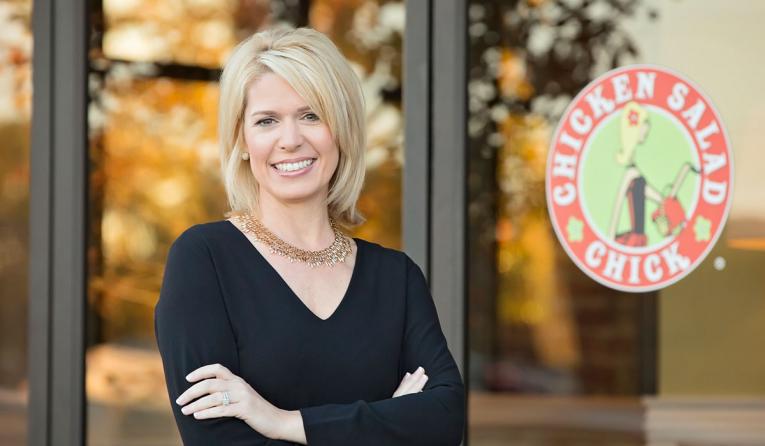 The aforementioned loyalty app has been in place for over three years. Deviney says Chicken Salad Chick will track promotions, like a double-points days, and record the outcome. In such cases, along with the traffic spike, Chicken Salad Chick sees a seven-day lift from customers who came in for the promotion. There’s a 30 percent likelihood they’ll return that same week, Deviney says.

Stacy remains an integral part of Chicken Salad Chick. She has a membership stake and is on the board, and is also involved in what Deviney calls the three key areas of the business. She’s the face of the brand, with grand openings and other announcements. No. 2: Anytime there’s a menu change, Stacy is actively involved. Lastly, she’s the brand voice and sets an example for owners to follow. “If we’re using her voice it needs to be her voice, not just somebody on our team trying to make up what should be her voice, because she has a great way about her,” Deviney says.

And that spirit has carried over to Chicken Salad Chick’s operators.

“I always like to talk about our owners. They are truly carrying the brand in their communities,” he adds. “They are very involved in their local communities. I just like to point out that they’re vitally involved in our business and we really couldn’t do this without their support. Having happy franchise owners growing and believing in our brand has really helped propel us to where we are today.”