The brand is rolling out e-tickets to reduce friction at the end of the visit.

Web Exclusives | September 4, 2020 | Ben Coley
wikimedia commons/Eteixido
Chuck E. Cheese has turned to mobile ordering, which allows customers to bypass the counter and have the food delivered to their table.

The restaurant has always identified as a hi-touch family entertainment center where the blinking lights and lively sounds draw the crowds. So, when COVID hit in March, McKillips notes the brand wasn’t fully prepared for the hard pivot to a touchless and off-premises environment.

But that’s not to say Chuck E. Cheese didn’t have a starting point. When he joined the company in late January, the eatertainment chain was building a mobile strategy to help customers navigate their experience prior to arriving, while in the restaurant, and after the visit. Like many in the industry, the effects of the pandemic expedited all plans in terms of technology.

Chuck E. Cheese immediately formed an online ordering platform and partnerships with all the major third-party delivery companies. That led to the debut of virtual brand Pasqually’s Pizza & Wings, which is named after a member of Munch's Make Believe Band. The pizza uses similar ingredients as Chuck E. Cheese, but differentiates itself with a thicker crust, extra sauce, and new blends of cheese and seasonings. The brand accounts for about 10 percent of sales.

The next major step in the brand’s evolution? E-tickets.

“This was something we had thought about,” McKillips says. “We have been testing over the last year or so, and after we launched the online ordering and did the partnerships with third party—this is exactly where we’re going now.”

Leaning into the industry’s move toward contactless service, the e-tickets replace the paper tickets that have traditionally been a part of the Chuck E. Cheese experience. Customers will purchase a collectible card, play games, and check the value virtually at machines placed inside the restaurant. The roll out of e-tickets are in lieu of the company’s ticket munchers, where guests insert tickets into a machine to receive the value.

McKillips says closures allowed teams to go into restaurants and install infrastructure for e-tickets without guest interruption. This week, more than 300 stores are open.

“… With e-tickets, we’re going to be able to expedite the ticket munching and the ordering of tickets lickety split,” he continues. “It’s going to be instantaneous. That’s going to be a guest experience for our parents to say, when they’re ready to go, they can head home.”

McKillips says Chuck E. Cheese is also looking to alleviate the pain point of waiting at the counter to order food.

So the company has turned to mobile ordering, which allows customers to bypass the counter and have the food delivered to their table.

“Think about it now—what a great guest experience,” McKillips says. “You come in, you can order from anywhere in the restaurant, you’ll have your e-tickets, and you’ll have a quick exit on the way out. That is going to be a great customer experience, and that’s going to allow these customers to want to come back to us.” 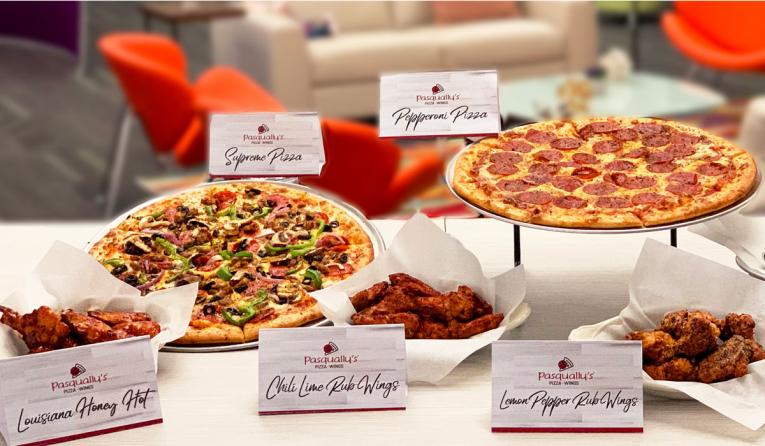 The added convenience for customers will prove crucial for Chuck E. Cheese, which took a major loss in the early days of the pandemic because of its reliance on experiential dining. CEC Entertainment, the parent of Chuck E. Cheese saw comparable venue sales drop 94 percent from March 17 to March 26 when dining and arcade rooms first closed. In a SEC filing, the company said that historically, merchandise and entertainment revenue have accounted for approximately 56 percent of revenue at company-operated venues.

In April, the company furloughed many of its hourly employees and about 65 percent of its support center staff. CEC formed a restructuring committee to evaluate alternatives before declaring for bankruptcy in late June.

The brand recently received $200 million in financing from its first lien lenders to lift itself out of bankruptcy.

"We are pleased to have reached agreement with a substantial majority of our first lien lenders on a comprehensive balance sheet restructuring that will support our re-opening and longer-term strategic plans," McKillips said. "This agreement and financing demonstrate our creditors' confidence in our go-forward business plan and will enable CEC to complete this financial restructuring process in a timely manner."

In addition to technological innovation, Chuck E. Cheese has also implemented several measures to ensure health and safety in the new normal. Temperature checks are required for employees and customers. Everyone is asked to wear a mask, plexiglass separates customers and workers at the front counter, and arcades are sanitized every 30 minutes.

Additionally, instead of using a hand stamp at the kid check station, each customer is asked to take a “kid check selfie.” Seats are limited, and games are spaced at a minimum of 6 feet. Consumers must also use hand sanitizer before entering the location, and stations will be set up throughout the dining and gaming rooms.

As of now, the character program is paused, but McKillips says Chuck E. Cheese will be back.

“We ask our guests on a constant basis for feedback,” McKillips says. “We’ve got insights in all of our regions. … Word of mouth is spreading. We’re communicating in our social channels, as well. And slowly, we’re inviting our guests back to our entertainment experience.”

The CEO says the brand is also looking for more ways to integrate gaming outside the four walls to drive customers back to restaurants. When units first closed in March, Chuck E. Cheese unveiled two gaming apps where children can win virtual tickets to redeem at stores. The brand also launched a new concept called the “Fun Break,” which includes weekly activities for parents and kids to enjoy.

McKillips explains that time wasn’t on Chuck E. Cheese’s side amid the pandemic, but the company moved quickly and leveraged a strong management team to carry out the necessary adaptations.

All of it was in an effort to improve the customer experience.

“We are cognizant that we’ve got moms with young kids, and we want to make sure we welcome them and show that we’re safe, we’re clean, we’ve got the greatest safety protocols in the industry,” McKillips says.