Freddy's Frozen Custard & Steakburgers believes in indulgence, as long as you get it right.
Web Exclusives | August 27, 2018 | Larry Bernstein

When guests take their first bite out of a Freddy's steakburger, they'll see the steam coming off of it.

Founded in 2002, in Wichita, Kansas, Freddy's Frozen Custard & Steakburgers now has more than 300 locations across 31 states and is poised to go international. The franchise, which was recently named by Forbes as the best franchise to buy in America, has doubled its unit count with 135 percent growth over the past three years. It also hit $411 million in sales last year.

While healthy eating is all the rage, Freddy’s takes a different approach through embracing Midwestern comfort food as the ultimate indulgence in a balanced life. Consider the franchise's current campaign, “If you're gonna be bad, it better be good.”

And Freddy's makes sure its food is good by using premium meat and quality ingredients. Plus, doesn’t start cooking until the order is placed. The goal, the company says: When guests take their first bite out of a Freddy's steakburger, they'll see the steam coming off of it. The custard served at each Freddy's franchise is also made by a company in Chicago and was selected after a lengthy search. This fits into the founders' belief that food is king—not trends and fleeting buzzwords.

Freddy's was founded by Bill and Randy Simon, Scott Redler, and namesake Freddy Simon, a World War II veteran and Purple Heart recipient. Redler, who serves as the COO, says the namesake is also "a super-nice guy." The franchise is inspired to do things “Freddy's Way.”

And “Freddy's Way” is a timeless combination executives believe won’t ever fade. Old-fashioned values like treating people fairly, being honest, transparent, and more. It's also about being hospitable. The St. Louis-born Redler, who has been in the food industry since he was 15, learned about hospitality in his home as well. "My parents were great cooks and entertainers," Redler says. 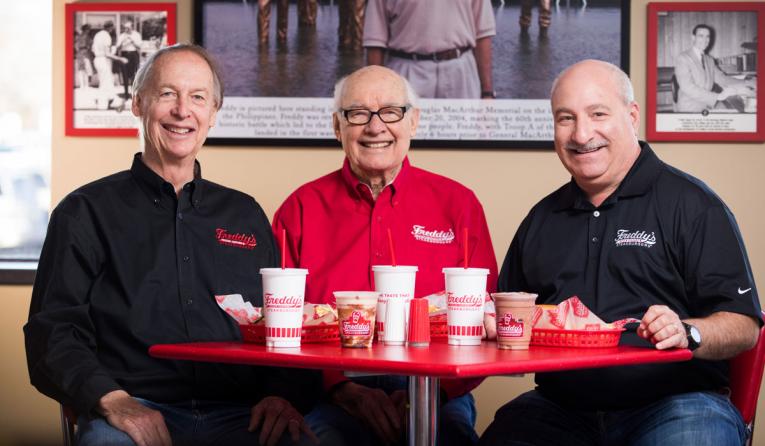 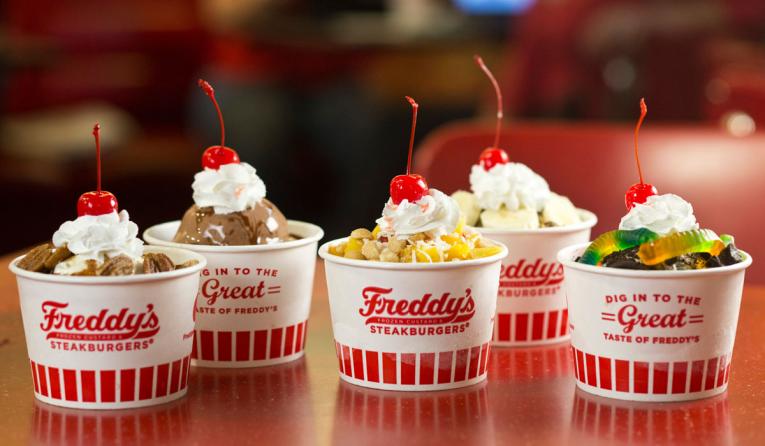 The custard served at each Freddy's franchise is made by a company in Chicago and was selected after a lengthy search. 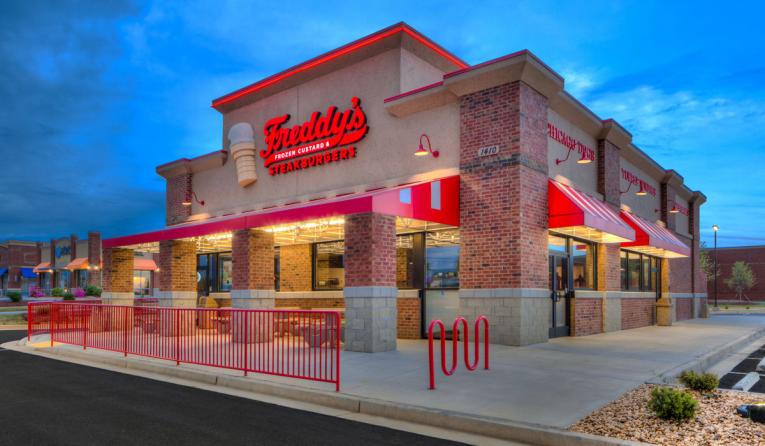 Randy, Bill, and Redler built the Freddy’s menu on one major viewpoint—the food should be done simply and correctly. When the first Freddy's opened, the founders were all drawing income from other businesses. Since they were not counting on making their living on income from Freddy's, they were able to clearly establish their philosophy to do things right, and to never cut a portion or downgrade a product.

Redler, who has a background in full-service restaurants, takes the same attitude toward limited service and believes that "Freddy's offers a level of hospitality rarely seen in fast casual." It all comes back to the brand, which is rooted in post-war 1940s–50s nostalgia, great dining, and hospitality.

The guests appreciate the warm and friendly hospitable environment, and come to the restaurant looking to treat themselves and enjoy the best of the best. "After all," says Redler, "if a guest comes in on a challenging day, we do what we can to make it a little bit better. The goal is to have people walk out and say, 'That was great,' and 'I want to go again.'"

By 2004, Redler, who was serving on the board of the Kansas Restaurant and Hospitality Association, was approached by another member who was interested in opening a Freddy's. After that first franchise opened, "The snowball started rolling and interest grew," says Redler. That first franchisee went on to open more stores, as did his brother and cousin.

The initial franchise fee for a single restaurant is $25,000, with ongoing royalties of 4.5 percent of gross sales, and a current charge of 0.375 percent as a contribution to the marketing and advertising fund. Excluding the cost of the real estate, the initial investment ranges between $592,810 to $1,999,117.

Franchisees are treated like family at Freddy's, Redler says, and conventions are even called family reunions. This makes the franchisee selection process critical and a number of criteria are used in selecting operators. "We're in a long-term partnership, and we want to hang out with great people," Redler says. A good deal of energy and due diligence is put in to find franchisees whose business philosophies fit into the company mold. They also want franchisees who have operational experience or the ability to get it, and are interested in a territory that works for both parties.

Freddy’s objective is to never vary from a guest-focused attitude, even if that means increased expenditures. "We make decisions with no incentives other than our franchisees’ success—from purchasing to equipment. We want the best of the best, and we have their interests at heart," Redler says. "Our goal is to help them succeed, and we put time and energy to support everything they do."

The founders are also accessible. Each of the franchisees has the founders' cell numbers to reach out with comments or issues. "We are readily available," Redler says. Freddy’s currently sees opportunity to grow in high-population markets, particularly the Northeast.