The Wisconsin-based sandwich chain signed an unprecedented joint venture partnership with the former athlete, who is still a household name in the state.

More than a year ago, Cousins Subs CEO Christine Specht met retired Green Bay Packers player Donald Driver on a golf course, wondering if maybe the two sides could do business together.

The partnership makes complete sense. Cousins, a brand with 50-plus years of equity, is based in Wisconsin, and Donald Driver spent all 14 years of his football career with the Packers, even winning a Super Bowl in the 2010 season. The proposition seemed like such a great fit that Driver actually had the same idea 20 years ago and called Cousins Subs, but the brand never messaged him back.

“I said, ‘I promise you, I don't know anything about it,’” Specht says. “I said, ‘I would have called you back.’ I told him, ‘all good things come to those who wait.’ so I think we were a different business back then, and I think today what Cousins is doing, we were just poised to strike up this partnership.”

The 94-unit Cousins is a privately held family business, so inviting an outsider into the fold—especially someone of this magnitude—is unprecedented. But so is Driver’s motivation to succeed, says Specht. One of the things she’s most impressed with is that his career didn’t end with football. In addition to philanthropic efforts, he won season 14 of Dancing with the Stars.

“Somebody who has that entrepreneurial spirit really understands just how hard you have to work at something to be successful,” says Specht, describing Driver’s personality. “And I think Donald, he's proven that on the field, but I think he's more than proven that off the field as well, so that was something that I felt was a good fit. Additionally, he's a good person. You get what you see. When you see Donald and he's got that big smile and he's warm and engaging, well that's all legitimate. There’s no show there. That is who he is. He gives glory to God, he recognizes where he came from, where he is now, and his mindset, his values, it fits who we are as a company.”

The two sides signed a joint venture agreement, something Cousins has never done before. Driver and the restaurant will share corporate ownership of six locations in the Fox Valley area of Northeast Wisconsin, including two in Green Bay, two in Oshkosh, one in Appleton, and one in Neenah. Specht says Cousins decided to use this format instead of franchising because it wanted the partnership to go beyond just ownership. The company plans to use his likeness with its branding and advertising. He won’t necessarily become the face of the brand, but he instead will complement what the restaurant is already trying to accomplish. Specht notes that Driver has a wide network—more than any typical franchisee—and Cousins hopes to leverage those resources for growth.

From Driver’s perspective, what attracted him two decades ago is still the same—the taste of the sandwich and the familial culture. He dreamed of a chance to buy into a company he loved, and he wasn’t going to turn down Cousins when the opportunity presented itself a second time.

“The foundation has already been built for 50-plus years, and now I get the opportunity to help them continue to be established in the community for the next 50-plus years,” Driver says. 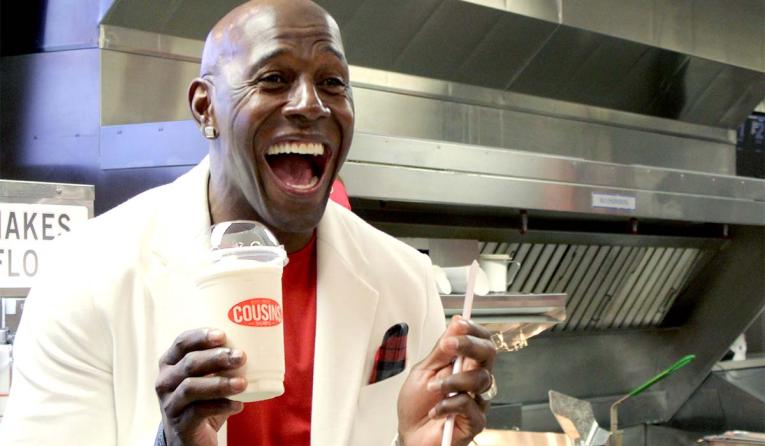 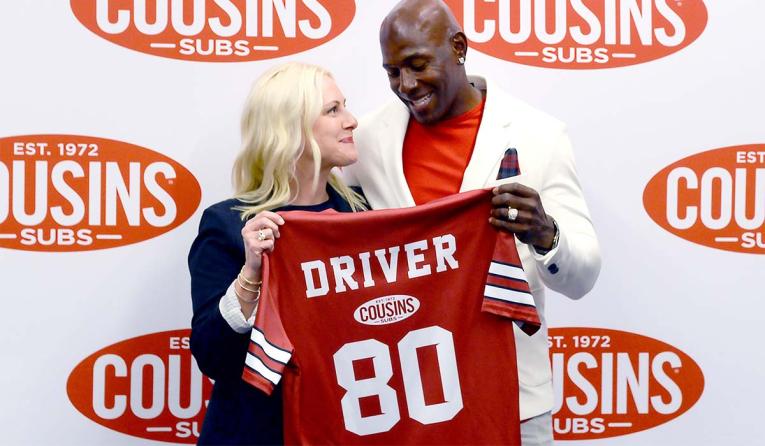 Shortly after Driver and Cousins signed the paperwork, he spent time working in the restaurants, and what became apparent is that he’s still a household name in Green Bay.

“I mean people go nuts,” Specht says. “They want pictures with him. Donald is running food out to our parked cars in the drive-thru and the expression on people's faces, it was hilarious. He is beloved. I had people calling the stores saying ‘Is Donald still there? I'm a huge fan. I have all this stuff.’ We're like, ‘Get here soon, he may be leaving.’ So people came in, they show old trading cards and old Donald Driver stuff from his Packers days. So he's a household name, particularly in Green Bay, and again, I think it's because of his character. He lives in Texas now, but he feels that Green Bay is his home and there's just this mutual love and respect for one another.”

As Driver spent time as an hourly worker, the customer service stood out to him the most. He took account of the interactions employees had with guests and appreciated the importance of making every person feel welcomed. All it takes is a simple interaction and “how are you doing?”

The former athlete believes one of his biggest assets will be building awareness for Cousins, which doesn’t have much brand recognition outside the Midwest. He also loves making people happy, and he doesn’t mind getting his hands dirty—two non-negotiable prerequisites for working in the restaurant industry.

“I had to survive for everything that I wanted to accomplish, and that's what I feel like even being a part of Cousins Subs now,” Driver says. “That's what I still have to continue to do. I think sometimes people just want to use their name and hope that the opportunity presents itself where people just start to support you. That's not going to happen. People want to know that you care, and me being there, being behind taking orders, walking orders out to people's cars, having a conversation with them, giving them hugs, it goes a long way.”

Although it’s too early to tell what Driver’s impact will be, Cousins is beating sales from 2021, which was a record year. Specht believes the Green Bay market will play a big role in continuing those marks. Cousins opened a new freestanding flagship drive-thru store inside that market earlier in 2022, so the investment is there. Driver’s presence just amplifies it.

Looking at the bigger picture, Cousins’ goal is to open eight or nine restaurants in 2023, including Indianapolis, a new market for the brand. Specht also sees additional opportunities in the home state of Wisconsin. Much of that growth will be based off marketing plans with Driver and seeing what doors open. Long-term, expansion will likely follow the I-65 corridor, which runs from Northwest Indiana to Southwest Alabama, touching Kentucky and Tennessee along the way.

No matter how much expansion there is, Specht says, the most vital part is that culture is maintained and protected. Adding Driver helps ensure that mission.

“We look forward to a lot of years of growth,” Specht says. “I mean, he feels like he's part of the family and he certainly is. At the same time, he didn't get where he was without a tremendous amount of drive, and I think he will push us. He will push new ideas, will continue to offer his energy, and his ideas, which I think will be a good thing for us because it will continue to help us think big picture and where we want to go next.”