Is a Delivery Revolt Brewing for Restaurants?

Wayback is working on a delivery solution it says will be a game-changer in the industry.

Like many operators, franchisees of Wayback Burgers love the additional sales they can reap by simply signing on to third-party delivery services.

“Within an hour or so, they can be in the delivery business. It’s pretty simple,” says Pat Conlin, senior vice president for Wayback Burgers. “And the nice thing about it is a lot of those customers may not have been Wayback customers. What we're finding is they're customers of GrubHub or Uber Eats. So, it’s really incremental business for our franchisees. Many of those people that use delivery services are strictly delivery customers. They’re not coming out of their home to get food unless they go to a sit-down restaurant. We might not have those people if it weren’t for delivery.”

But—and this is a big but—operators disdain the deep cut taken by third-party providers. The third-party share generally ranges between 20–30 percent, Conlin says.

“They take a significant bite into the profits,” he says.

READ MORE: Inside the blazing growth of Wayback Burgers.

And it’s tough to maintain control of the product when someone else is bringing it to the consumer’s door.

“It becomes a food quality issue,” he says. “Is that customer getting a great experience?”

Because of those concerns, Wayback Burgers is creating its own delivery solution. Conlin wouldn’t say much about the new program, but he says the company will begin testing sometime in August. He plans to unveil the plan to franchisees in the fall.

“We’ve been looking at all kinds of alternatives to the third-party guys. I’ve been working for the last four to five months on our own alternative to delivery solution that we think is going to be pretty significant,” Conlin says. “We think it will be a gamechanger for the delivery business.”

Conlin says Wayback’s new delivery solution will likely wean the system off of third-party services. He thinks his company’s move is indicative of a wider revolt against high-cost delivery services, which may eventually force some of those providers to ease their prices.

“Some of the other companies that made big splashes doing partnerships with the third-party guys have pulled back and are now looking at alternatives,” he says. “And I think as that continues to happen, the pressure would be on the third-party providers to lower the fees. But at the outset, they were the only guys in town and it was an easy setup. So, they kind of had you and they did a good job.”

“I don’t know whether I want to say people are inherently lazy, but people are more and more about the convenience,” he says. “And if they're not going to come out of their house or apartment or office, you better find a way to get to them to get that business.”

In an April quarterly earnings call with investors, Wingstop CEO Charlie Morrison detailed his company’s foray into delivery. The Dallas-based chain is testing delivery in more than 70 stores in Las Vegas, Chicago, and Austin.

"What we’re most concerned about is making sure that the occasion itself end to end is optimized—meaning we get the food out when it’s expected and hand it to the driver who gets it to the guest when they expect it." — Charlie Morrison, Wingstop CEO.

Since launching the test in Las Vegas in April 2017, those stores have seen more than 10 percent sales increase. Chicago and Austin stores have so far experienced a mid- to high single-digit sales. Wingstop is working with DoorDash on a national rollout of delivery. Morrisons says there’s “very little, if any, desire” from franchisees to implement in-house delivery programs.

“And quite frankly, I don’t know that we would want them to do that,” he told analysts. “At a very high volume of delivery, that might be an opportunity. But it comes with an extraordinary amount of complexity.”

Morrison says Wingstop is moving deliberately to ensure it can implement delivery while maintaining standards for food quality and service. That’s exceedingly important for a brand that does 75 percent of its business through to-go.

“I think what will drive delivery rollout is not necessarily the technology. We could roll it out in the platform we have today,” he said on the call. “What we’re most concerned about is making sure that the occasion itself end to end is optimized—meaning we get the food out when it’s expected and hand it to the driver who gets it to the guest when they expect it. And that it’s in a hot, fresh and ready to go format with all the right products in the bag.” 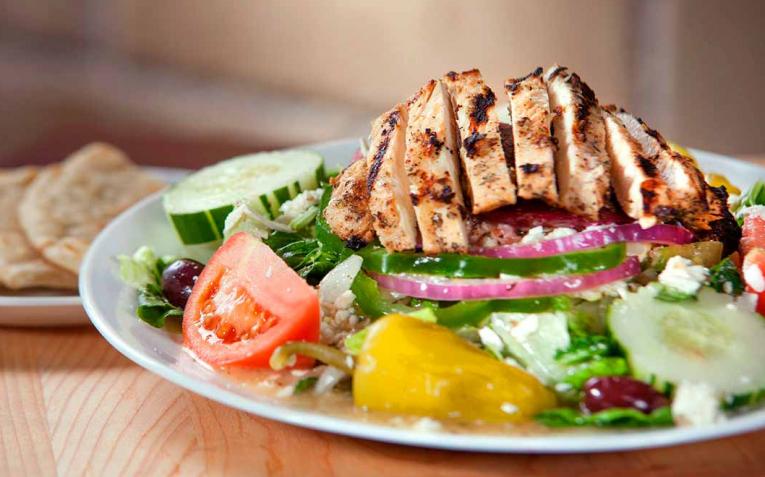 Little Greek has hiked up prices on the delivery menu to offset the fees. But the brand has also faced service complications from using the services.

“It’s tricky,” he says. “We just don’t have the volume to support it.”

Two stores tested in-house delivery and have stayed with it, he says. But the brand is recommending most stores sign on with third parties, albeit reluctantly.

“It’s kind of a margin killer,” Vojnovic says. “They’re keeping 32 percent of the money. In the restaurant business, your margins are maybe 15 or 20 percent, so you’re kind of killing it.”

Little Greek has hiked up prices on the delivery menu to offset the fees. But the brand has also faced service complications from using the services: One franchisee witnessed a delivery driver show up in pajamas. Others have sent out delivery orders only to have customers complain some of their items were missing after drivers apparently snacked on the order along the route.

“Now we knot the bags so they can’t get to them. So, if they want to get in the bag they have to tear it open,” he says. “That is one of the quandaries, the quality aspect of it. How do they handle your food once it leaves your restaurant?”

A recent audit of Little Greek units in Dallas, Tampa and Orlando found stores were using a total of 20 total delivery services.

“That’s only in three markets,” Vojnovic says. “I thought there was just a handful, but there’s a lot of players out there.”

That web of service providers can complicate in-store operations. Most stores are using iPads separate from POS systems, making it hard to track franchisee royalties. And while competition continues to grow in the space, Vojnovic says he hasn’t seen any price relief from third-party operators. The steep prices have been bearable only because delivery makes up about 5 percent of Little Greek’s sales. But prices will squeeze operators as that share continues to grow, Vojnovic says.

“It allows you to cover your labor and food. But at some point, if that continues to grow it could very problematic for restaurateurs,” he says. “There is a point where if they keep increasing the percentages, it’s not going to make sense.”