Fajita Pete’s is Gearing Up for a Growth Explosion

The Texas-based brand has more than 30 stores in the pipeline.

The Texas-based brand has more than 30 stores in the pipeline.

Many restaurants were caught off-guard when COVID struck in March.

Operators who relied heavily on dine-in traffic were forced to scramble and quickly piece together a sophisticated off-premises program. Third-party delivery partnerships were formed and online ordering platforms were created.

It was an exhausting blur for most of the industry—“most” being the operative word.

Pete Mora experienced an off-premises epiphany years before the pandemic. Mora began with a full-service restaurant in 2002, but he realized that most of the orders came from catering and to-go. So he closed the casual-dining concept and opened Fajita Pete’s in 2008, a quick-service brand focused on speed and convenience with a much smaller footprint.

Since then, roughly 90 percent of business has come outside the four walls; some stores do as much as 97 percent. Mora explains that because Fajita Pete’s didn’t “have to change a million things,” at the beginning of the crisis—including no employee layoffs—the restaurant could focus solely on curbside pickup and adapt it quickly.

Rolling out the new revenue stream in only three days, cashiers transitioned seamlessly to curbside greeters.

“We’ve been a ghost kitchen since 2008,” Mora says. “We just didn’t know it was called a ghost kitchen. We didn’t think there was a cool name for it. It allowed us to keep going. I think the advantage we got was that we were able to remain consistent. Nothing changed. That helped our employees. It helped our franchisees, and it helped the customer know that hey, they weren’t affected.”

Six months into the pandemic, Mora describes the brand’s position as quite strong. Fajita Pete’s is receiving much interest from multi-unit operators, including the second-largest Subway franchisee.

The restaurant started franchising in 2015 and has grown to 16 locations in Texas. Four more are coming before the end of the year. More than 30 are in the pipeline in Texas and Kansas City, which will triple the brand’s footprint.

The plans for growth predate the COVID pandemic. The chain took a year to “go back to basics,” Mora says, improving internal systems to help franchises put more money in the bottom line. The CEO believes COVID elevated interest in Fajita Pete’s because other options were eliminated. Comparing his restaurant to that of a sports bar concept, Mora explains that Fajita Pete’s is a safer bet right now and that an industrious operator could open five or six Fajita Pete’s before opening one sports bar.

“We’re attracting people from huge chains, huge concepts,” Mora says. “People from full dining, full service are making the switch because they see us as a very viable alternative. … It says a lot about the work that the team has put in—the operations team, everybody really throughout the years.”

"… A year and a half ago, if you told me I'm gonna open 10 in Denver, I’d say no way,” he adds. “I can’t do that. But now I have no doubt that we can be successful. We have the distribution in place, the training people in place. We have the marketing. And I think, honestly,  we're attracting sophisticated franchisees, which now it's more talking shop than introducing you to the restaurant, which is also getting us ready for that.”

As to how those future stores may look in a post-COVID world, Mora notes that one of Fajita Pete’s core values is innovation. The company is continually toying with ideas of how the restaurant can implement technology to make operations more efficient. However, Mora says the brand isn’t ready to pull the trigger yet with the next four stores. That’s mainly because the brand already features a simplified menu and a 1,200 to 1,500 square-foot box—two accomplishments that other brands haven’t gravitated toward until recently. 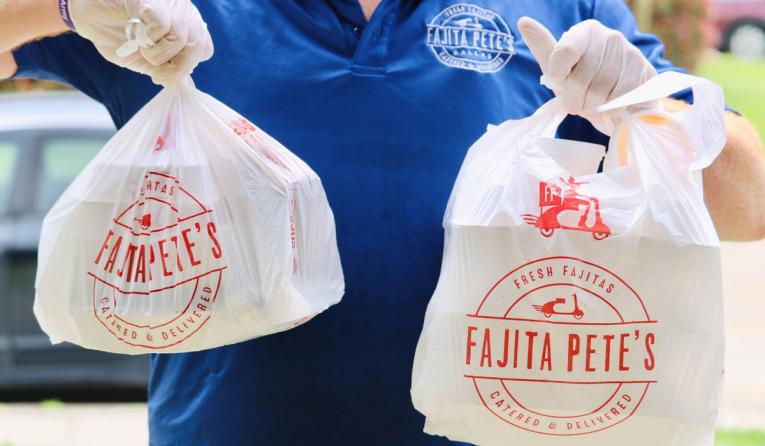 Fajita Pete's started franchising in 2015 and has grown to 16 locations in Texas.

But there are opportunities, like approaching landlords and asking for dedicated pickup order spots. By any stretch, Fajita Pete’s growth has led to more access in terms of money and product. Mora says this prepares the brand for the next phase, which he thinks is all about convenience.

He tells people, “We sell fajitas with a side of convenience.”

“With regards to the front of the house, most people would come into the store once, and we would joke with them, ‘we hope we never see you again,’” Mora says. “Because really, what we're trying to do is deliver to your house.”

“… So I think how we play on that is going to be key—keeping the interaction genuine and personal in that little window,” he continues. "… Developing those relationships is going to be through technology now. Through our loyalty program—we’re definitely pushing that. Online ordering and contactless payments—that’s what we’ve always been doing, but now, they’re not just a convenience, they’re a necessity.”

Industry experts are also expecting a favorable real estate market in the future considering all of the restaurants that are closing due to the overwhelming effects of COVID.

Mora agrees with part of this sentiment. He sees an opportunity to save entry costs, such as saving $50,000 to $75,000 on equipment. The tricky part is, the spaces that are desirable aren’t necessarily open because they were already good locations.

But overall, there’s optimism about the market. Because Fajita Pete’s doesn’t occupy much space, the brand is engaging landlords and chopping up bigger restaurants. The company carves part of the kitchen so landlords can have another rentable space next to it.

“Let’s say [landlords] have a strip center already under construction before COVID,” says Mora, visualizing a favorable scenario. “They probably had a lot of people cancel those leases or get out—just payout to get out of that lease. So we are seeing favorable terms in centers that are under construction, so they can get us at least maybe more allowance dollars for the build out. So I think that there is opportunity.”

Mora says his goal for Fajita Pete’s has always been to reach 100 stores. But with potential franchisees drawn to the high ticket average, simple menu, and small footprint, the CEO believes he may soon have to set bigger benchmarks.

“I just think we’re going to get to that number a lot quicker than I thought we would,” Mora says. “It might be a low number for us.”