Super Chix was founded in 2015, but its first significant growth spurt didn’t happen until this year, with five openings and several more on the way.

The shift occurred in 2018, when former Five Guys franchisee Darryl Neider and his team took over ownership. The fast casual has transformed from a three-unit chain in the Dallas market to an 11-unit regional brand spread across Utah, Idaho, Alabama, and Nevada. Six stores are franchises and five are company-run.

Neider, who serves as CEO, expects to finish 2021 with 12–14 openings and to debut 24 locations in 2022, which would put Super Chix close to 50 stores by the end of next year. More than a half-dozen are in varying stages of development and construction, including Fort Mill, South Carolina; San Jose; Henderson, Nevada; Toledo, Ohio; Riverton, Utah; Peachtree City, Georgia; Fort Collins, Colorado; and Pensacola, Florida.

To put into perspective how swiftly the chicken chain is now growing, it recently announced the signing of a new franchise development agreement for at least 36 restaurants in Arizona and Utah. In 2020 and 2021 combined, Super Chix inked deals for 170 restaurants in 19 states.

The strategy is to be aggressive, but deliberate and manageable, Neider says.

Neider’s group entered the fast-casual market about a dozen years ago when it opened the first Five Guys franchise location west of the Mississippi. They were a major franchisee for about a decade before selling the business in 2016 and 2017 in multiple transactions. In those years, Neider says the team learned what it meant to “define the better-burger market” and discovered that if burgers and fries are prepared well, customers are willing to suffer the inconvenience of getting out of their car and waiting for a cooked-to-order product.

“Our view with that experience is that Super Chix is the chicken version of that,” the CEO says. “It's a premium product in all ways of being premium.” 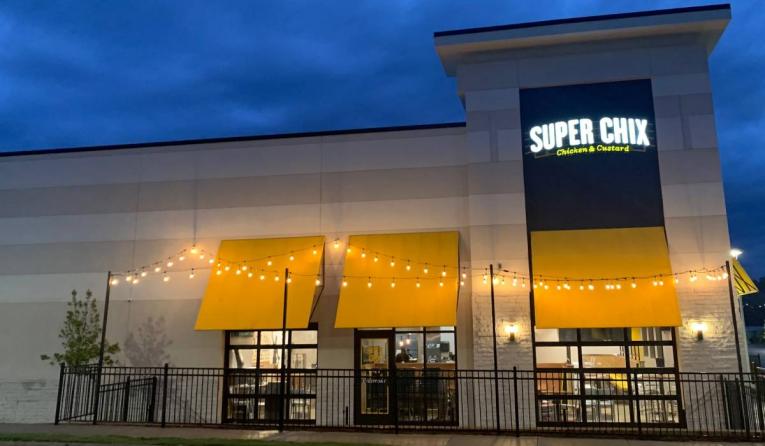 With better unit-level economics and defensible proof of concept, expansion opportunities have exploded at Super Chix.

Nieder knew Super Chix would do well in any market because of its quality. The restaurants don’t have freezers, except for custard, and nothing comes in prebreaded; people notice that difference, he notes. But that theory had to be tested and demonstrated. The first iteration outside of the original Dallas market came in American Fork, Utah, which is still the strongest store in the system.

The reason that location remains one of the best stores is because of changes Neider and company implemented once they arrived.

As Super Chix approached change, leadership recognized the fast casual was capable of a more frequent and broader customer base—as compared to Five Guys—because of chicken’s inherent diversity and better-for-you nature. So in addition to the grilled and breaded sandwiches and tenders, Super Chix added six salads to leverage chicken’s flexibility. The brand also removed a couple of sandwiches that weren’t performing well, switched from static menu boards to electronic versions, and updated the overall marketing and design schemes, or as Nieder explains, “We tried to make it much more hip.”

Real estate also became a key focus, which is a strength of Nieder's company. As a Five Guy’s franchisee, searched for dozens of sites in Idaho, Utah, Oklahoma, California, and Western Canada at a certain point. The combination of updated branding efforts and better real estate has tripled AUVs compared to the Dallas restaurants. Whenever Neider attends a new opening, the most comment he receives from customers is “this is the best chicken sandwich I’ve ever tasted.”

“We like that we've opened outside of the South now,” Nieder says, “We've shown the concept works and the AUVs are much greater, which we believe really affirms all of our strategic initiatives that we've pursued since 2018.”

With better unit-level economics and defensible proof of concept, expansion opportunities have exploded. Nieder says the strategy is not so much geography-based, but more so about the franchise partner—something he also learned from being a Five Guys operator. While with the burger brand, he served on the franchise council and oversaw the Southeast. At the time, US Foods was the distributor across the country, and that relationship worked well in the West with Neider’s stores. But through the franchise council, he discovered that it didn’t work as much in the Southeast.

From that experience, Neider learned that as Super Chix grows, he needs to choose the best fit market by market. Following that mindset, the chain has established strong partnerships with big distributors like Performance Food Group, Sysco, US Foods, and a few others that are growing. 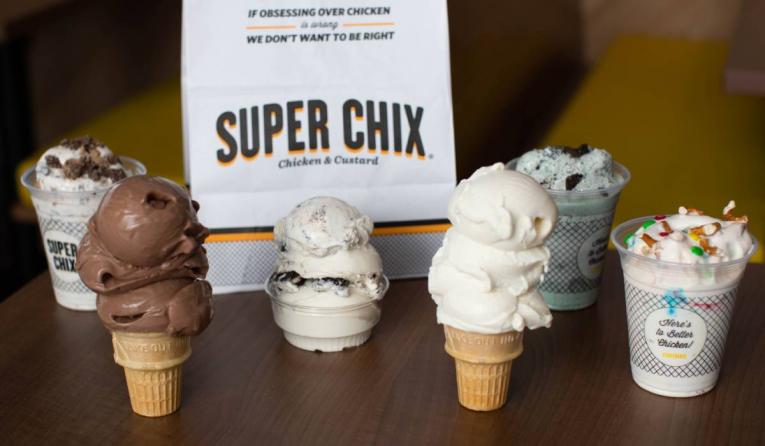 Although franchising is the main objective, Super Chix still expects 20 to 30 percent of the system to be company-owned going forward.

Choosing the right operators is especially important for Nieder, because he’s seen Five Guys and other franchisors get too focused on the quantity of franchisees as opposed to the quality. In pursuing this effort, he believes Super Chix has selected 13 franchise groups in the past year and a half that come with a deeply experienced and well-financed background.

Super Chix was able to find those operators without making an outbound call. Nieder estimates that he receives about 20 inquiries per week.

“If we attract and contract with the right kind of franchise partners, it's really good for a brand, and it makes our job easier as a franchisor,” Nieder says. “It doesn't mean that we're not involved with monitoring and giving advice to franchise groups across the country. It just means that people that have the vision for what it means to be part of the brand and defending the brand in all ways just makes it a lot better for us. This is a tricky business, but as we grow with those kinds of partners as part of us, we know that on average that's going to be protective of the brand as we roll these out.”

The attraction has been so strong that some franchise groups took over corporate stores that were already under development. For instance, a company from Las Vegas approached Super Chix about a store in St. George, Utah, which is about two and a half hours away. Nieder initially told the franchise group that the market was unavailable, but that did little to deter the operator, and eventually Super Chix granted them ownership. The same thing happened in another Utah city where corporate had already signed a lease.

Although franchising is the main objective, Super Chix still expects 20 to 30 percent of the system to be company-owned going forward.

“We're finding that people are wanting to get these areas that we would like, Nieder says. “I will tell you this, that's one of our bigger challenges, frankly, as we roll it forward. Because, look, I'm really flattered by the kind of people that have interest in the concept.”

When Nieder’s team sold its rights to Five Guys, that didn’t include the corporate platform, including operations, real estate, and construction. The CEO says they were intent on finding a new way to invest those capital and human assets, and Super Chix appears to be the perfect fit.

“With Super Chix, we found that opportunity, and honest to gosh, we feel like we've worked our entire careers for this opportunity,” Nieder says.

The 2021 QSR® magazine Drive-Thru Study
Opinion: With Chick-fil-A and the Drive-Thru, Don’t Race to Conclusions
The Future of Fast-Food Drive-Thru Arrives Early

How the Asian Food Space Has Evolved in Quick Service
Will the Holiday Season Ease Restaurants’ Hiring Woes?
Virtual Brand Best Practices for Restaurants to Live By

Double Down on Digital: How Restaurant Brands are Planning for the Future
Payment Innovation Takes Center Stage for Restaurants
Restaurants Face Two Choices in New Era: Innovate or Fall Behind