Once a tight end for the New England Patriots, Garrett Mills is now CEO of RibCrib, a growing concept that sees promise in fast casual.
Web Exclusives | January 16, 2020 | Sam Oches

RibCrib does about 30 percent of its business in off-premises.

Over the last 27 years, Tulsa, Oklahoma–based barbecue concept RibCrib has become a regional staple with its slow-cooked, hickory-smoked ribs, brisket, and pulled pork, along with its home-style sides. Now a former NFL player is leading the brand’s expansion into other parts of the country—and he’s banking on the fast-casual model to get it there.

Garrett Mills, CEO of RibCrib parent Chandler Hospitality Group, says the 60-unit, full-service barbecue brand is pursuing an aggressive growth strategy through franchising. It’s invested in a small-format store model that offers more real estate flexibility to potential franchisees, and while that model is also flexible in its service format, Mills sees counter service in particular as being key to RibCrib’s franchise growth, especially considering the direction of the industry and the boom in off-premises business.

“Our core business is about to surpass 30 percent off-premises, so [we’re] thinking through how we maximize efficiencies in our buildings,” says Mills, who joined RibCrib in 2017 after a six-year career in the NFL. “It’s a convergence of all those factors that leads us to believe that leaning into our counter-service model and creating a prototype around that creates not only an opportunity for us, but also an opportunity for future franchisees, as well.”

The small-format model has a simplified menu with dozens of items, and RibCrib’s signature barbecue at the core. A handful of the small-format stores are open, two of which boast the fast-casual model. The new model’s average net sales are more than $1.1 million.

Not only will the smaller fast-casual model allow franchisees to be more flexible in their real estate decisions, but the company also believes it will make the franchise more accessible to newer franchisees by lowering the barrier of entry for restaurant ownership. RibCrib operates in eight states today, but hopes to leverage the fast-casual model to expand into new territories. The brand is targeting four to six new restaurant openings and six to eight new multiunit franchise agreements in 2020.

“We see big opportunity for this. Clearly right now we’re a regional brand and it’s probably easier … to just slowly broaden from the footprint we have today,” Mills says. “But [we’re putting] our brand out there to hopefully get interest from some big multiunit heavy-hitters. We see the opportunity being more on a national scale.” 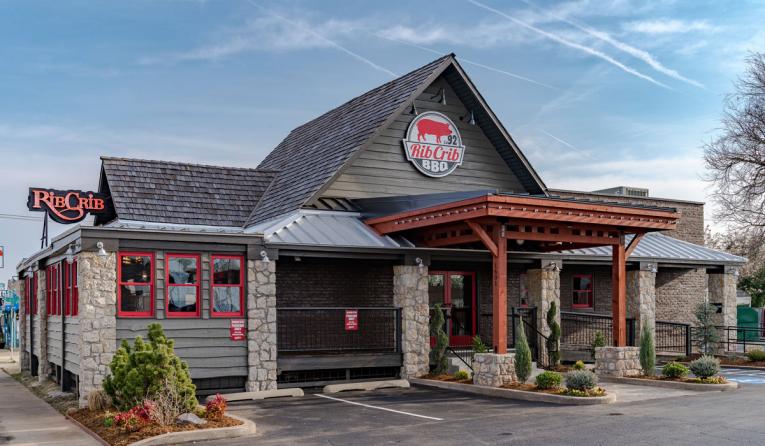 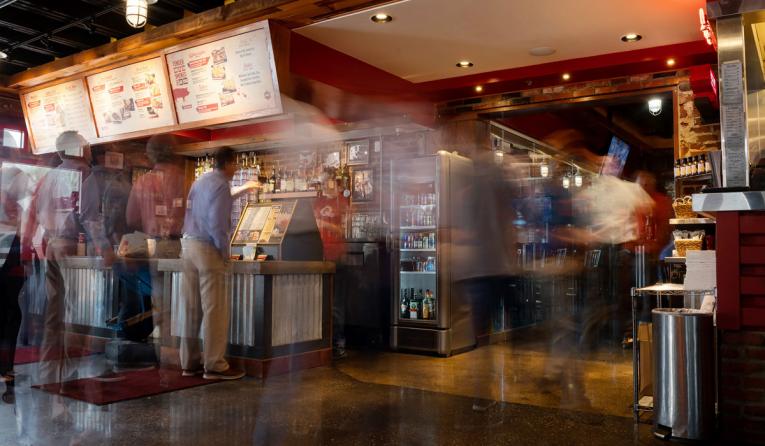 While barbecue has gained in popularity over the last decade, few brands have leveraged that popularity for national expansion. Texas-based Dickey’s Barbecue Pit is by far the largest barbecue chain, but aside from Ohio-based City Barbeque, few other concepts have grown beyond a local or regional footprint.

“Fortunately for us, we’re coming into a time where convenience and takeout and certainly delivery are shaping our business more and more each day,” he says. “I think barbecue as a whole, but certainly we as a company, have positioned ourselves in a way that is ready to take full advantage of that.”

Mills was a record-setting tight end at the University of Tulsa before being drafted by the New England Patriots in 2006. He played for the Patriots, Minnesota Vikings, and Philadelphia Eagles, among other teams, before exiting the league in 2012 to get his MBA at Northwestern University.

He spent a few years working in investment management at Goldman Sachs’ Dallas office before connecting with RibCrib founder Bret Chandler. Mills joined the company in 2017, serving as vice president of strategy before being promoted to CEO and president last May. Now he’s tasked with growing both RibCrib and the company’s better-burger sister concept, Society Burger, which has two locations.

Mills is far from the first professional athlete to stake his future in the restaurant industry. From Shaquille O’Neal (Papa John’s) and Drew Brees (Jimmy John’s, Walk-Ons) to LeBron James (Blaze Pizza) and Dwayne Wade (800 Degrees Wood Fired Kitchen), both former and current players have invested in restaurants either as franchisees, spokespeople, or executives.

Mills suspects the restaurant industry is appealing to athletes as a second career because it doesn’t require years of schooling and training in order to enter the space. Plus, he confesses, there’s one other industry characteristic that complements an athletic career nicely—one that should be a benefit for RibCrib as it pursues national expansion.

“The competitive nature of our business motivates me and makes this fun,” he says.

The Steak ‘n Shake of Old is Gone
As Third-Party Delivery Looks for Answers, Domino’s in ‘Good Spot’
Papa John’s Envisions ‘Historical Levels’ of Growth in 2021

How Captain D’s is ‘Democratizing’ the Seafood Category
Why Restaurants Need Federal Aid, and Sooner than Later
Restaurants Move One Step Closer to $25 Billion in Relief

Fast-Casual Franchise Bets Big on Crepes
Restaurants in 2021: $240 Billion in Sales Gone, Yet Hope Emerges
The Restaurant of the Future 6.0: Differentiation for a Brighter 2021