Fuzzy's growth is just picking up.

To date, you could say Fuzzy’s Taco Shop’s has taken a reverse approach to growth. Despite a franchise program that dates back 12 years, and the oversight of NRD Capital, a private-equity firm that specializes in the space, the brand really hasn’t marketed the opportunity. It let development happen organically.

And so far, roughly 80 percent of the growth has come from existing franchisees.

That focus is ready to shift, however, says Michael Mabry, Fuzzy’s first chief development officer. He officially joined the company in the newly created role in April after close to a decade as president and COO of MOOYAH Burgers, Fries and Shakes.

Mabry’s appointment completed an evolving leadership structure that came together in a four-month space. Kevin Rychel, a three-year Fuzzy’s veteran, was promoted to VP of operations; Samir Wattar VP of supply chain; and Laura Purser took on the role of VP of marketing. David Catalano, the former COO of Logan’s Roadhouse, joined in the same position last September.

All of these moves stirred against the backdrop of franchise acceleration. Namely, bringing new operators into the picture.

Mabry, an avid consumer of the brand, says Fuzzy’s could finish the year with 200 restaurants, or get there soon after the calendar turns. That would represent about 10 percent growth for the fast casual—a rate he doesn’t expect to dip under in the coming years. Fuzzy’s should track between 12–18 percent for the foreseeable future, he says.

If Fuzzy’s opens the 27 restaurants it has planned for 2019, it would have brought 88 net units to market in a four-year window, firmly placing it among the fastest-growing brands in its category.

This potential and progress is one reason Mabry linked up with the brand. He also knew Mel Knight, Fuzzy’s president, for a decade and was familiar with NRD Capital’s leadership through his time at Mooyah. 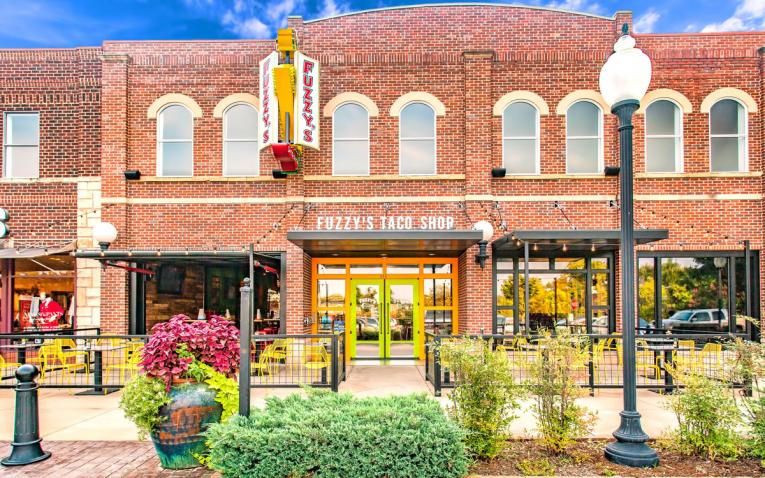 Fuzzy's surveyed guests this year and found that its frequent users visit the chain 67 times per year.

But he was also—in Texas (Mooyah is based in Plano)—witness to the ground level of Fuzzy’s cult-like following. The brand surveyed guests this year and found that its frequent users visit the chain 67 times per year. Less avid guests show up 23 times, or every two weeks or so.

This comes down to atmosphere and customer-value proposition, Mabry says. “I think it’s limitless,” he says of the runway. “Everyone understands what Mexican food is and who doesn’t like tacos and beer?”

The map is wide open, too. Of Fuzzy’s 150 or so restaurants, more than 50 are in Dallas-Fort Worth. Roughly 75 are in Texas. You can see below how the opportunity unfolds. “It’s always good to be famous and favored where your home base is. But from a whitespace opportunity, there’s plenty of it out there. … So we need to really fill in that Louisiana, Alabama, Arkansas, areas and then get some restaurants in the Carolinas. Need to fill out that,” Mabry says. 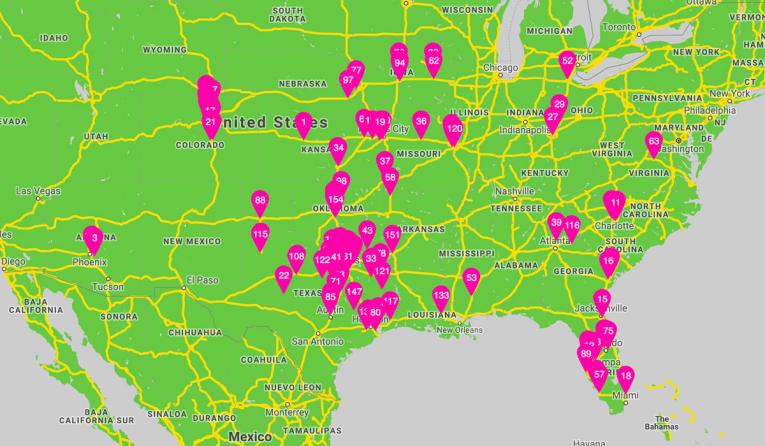 Mabry adds Fuzzy’s is a “funky little place” that carries its vibe from consumers to employees. “It’s kind of a come-as-you-are place to work,” he says. “And as long as we continue to create that vibe in our restaurants, then we’ll be able to find success through attracting the right people.”

In terms of prospective franchisees, Fuzzy’s is not trying to change a working system. The brand wants to reach operators similar to its current, growing base. One franchisee, Merrick McKinnie, is a Sonic Drive-In, McAlister’s Deli, and MOD Pizza Operator who now has three Fuzzy’s open and 18 in development, which is the most in the system. Marc Rogers has nine in operation, one in development, and plans to open 10 more in Colorado and Idaho. Manny Leclercq is developing the entire state of Oklahoma with his seventh of 14 under construction. The first franchisees—and largest current operators—Clint Bixler and Eddie White, own 12 spots. 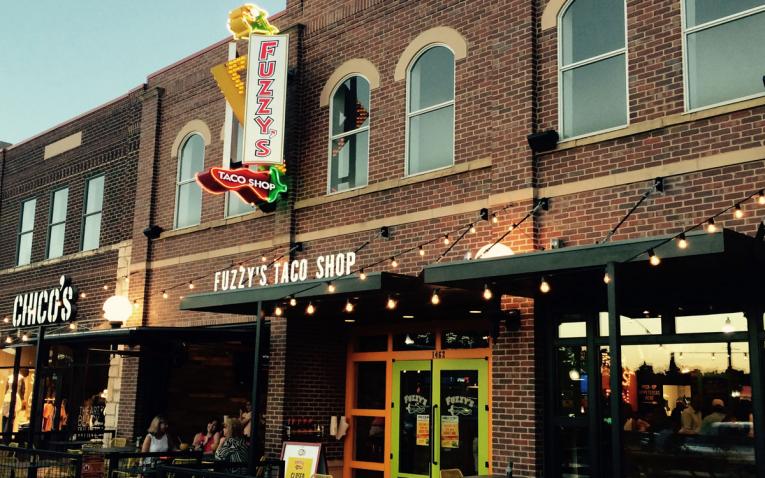 Most Fuzzy's locations have a full bar and a robust frozen drink program.

As Fuzzy’s grows, Mabry says, it will guard its eccentric traits. It’s part of how the brand sheds the sterile chain vibe in new markets. Restaurants showcase a “Baja” look to reflect the food. Each restaurant has a marlin mounted on the wall operators paint to their own look store by store. Fuzzy’s franchisees also pick music they choose from an approved provider and some even invite local bands to perform.

Most of Fuzzy’s locations have a full bar, too, and there's anywhere from two to eight frozen drink options.

The food is made in-house. Meats are roasted each day. “It’s a production kitchen happening back there,” Mabry says. “So, the food quality itself is second to none and then the ability for a consumer to come in and get $1.99 tacos if they so choose, or go to get a full enchilada plate with rice and beans and all the complements, really sets us apart.”

The irreverent feel of Fuzzy’s is something Mabry believes will travel. “Everybody is happy in our restaurants. You can hear it when they say ‘My Fuzzy’s’ as they talk about us,” Knight said earlier in the year. “When you walk into a Fuzzy’s at 7:30 in the morning, you see all types of people enjoying themselves—nurses, a Bible study group, policemen, and firemen. It’s pretty amazing to walk into that environment and see how many people are having a great time before 8 a.m.”

“Wherever people like tacos and beers,” Mabry adds. “That’s our sweet spot.”

McDonald's Plant-Based Burger Could Add $200M in Beyond Meat Sales
McDonald's to Test McPlant Burger in the U.S.
How Culver’s is Bringing a Fictional Burger to Life