The announcement of Genghis Grill’s new fast-casual prototype was met with applause and a standing ovation from long-time owners at the brand’s conference in September, says Gregg Majewski, CEO of parent company Mongolian Concepts.

Slashing square footage at the create-your-own-bowl concept is the biggest change—from 5,000 to 2,100 square feet. The dining area will be reduced from 97 seats to 50.  “It made absolutely no sense to be that size and pay that rent factor in today’s world,” Majewski says.

In addition to rent savings for the company and franchisees, the new prototype is also designed so one employee can operate the restaurant during non–peak hours, whereas it takes four people in the current model.

As the former CEO of Jimmy John’s, Majewski knows a thing or two about catapulting a brand to success. He joined founder Jimmy John Liautaud when he had 30 restaurants, and left when the sandwich chain reached 300 locations with 700 sold.

“I was there for design one, two, and three of the brand,” he says about Jimmy John’s. “We knew that at that point, it was a pickup and delivery world, and we were different. And that we could own that.”

After taking the helm of Mongolian Concepts in June 2021, Majewski’s main goal was to streamline operations, which he says were “wasteful in every aspect you can imagine,” from utilities to labor to food waste. Founded in Dallas, Texas in 1998, Genghis Grill has more than 50 restaurants across the U.S.

“Though the food and product was absolutely outstanding, I thought it needed some tweaking,” Majewski says. “It’s been a neglected brand for so long.”

Genghis Grill’s iconic circular grill was the first thing Majewski tossed out in his mission to shrink the box as small as possible while still having a minimum of 50 seats, he says. “That grill takes up so much square footage, because you’ve got to walk all the way around it to cook instead of being able to get to where you need to be. So we said, ‘that’s not important.’”

“You have to be willing to blow up every sacred cow that a concept has to make it work,” Majewski says, “and since my only goal is the longevity of the brand, I had no attachment to anything that was there before." 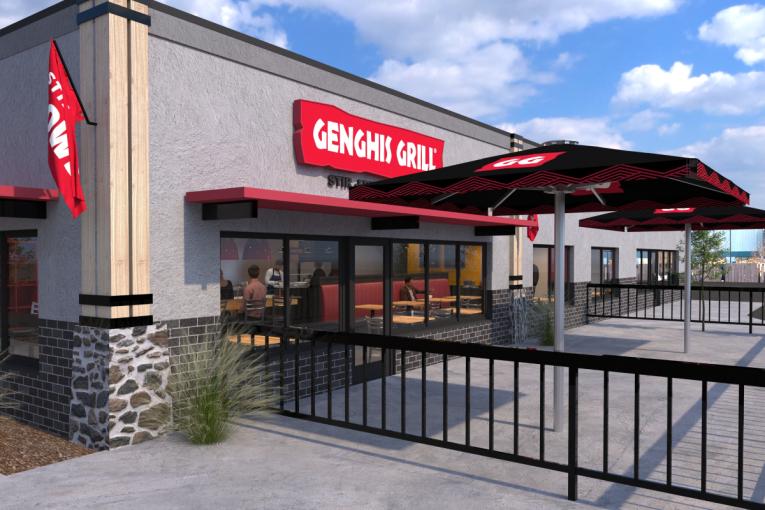 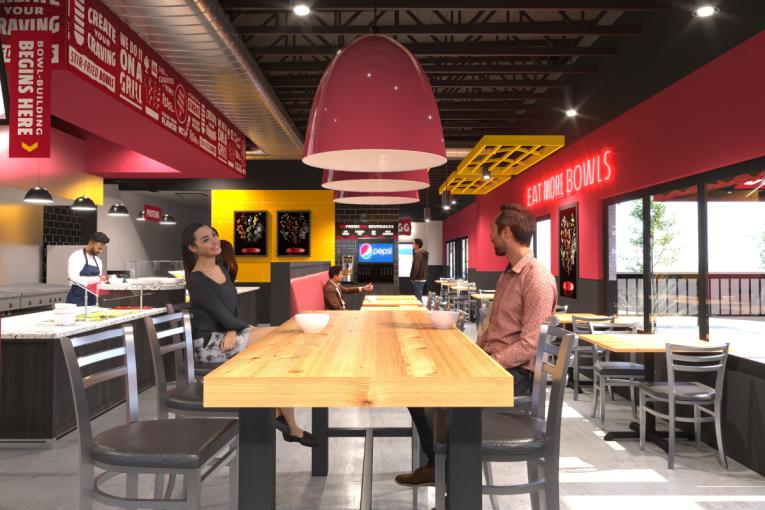 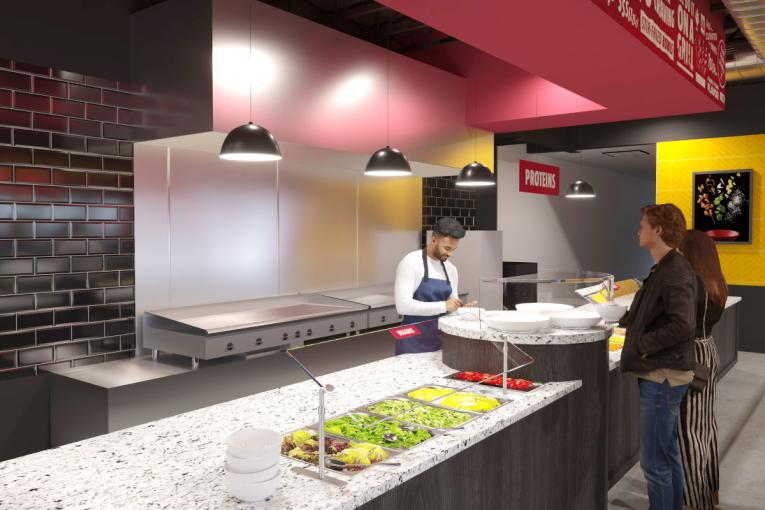 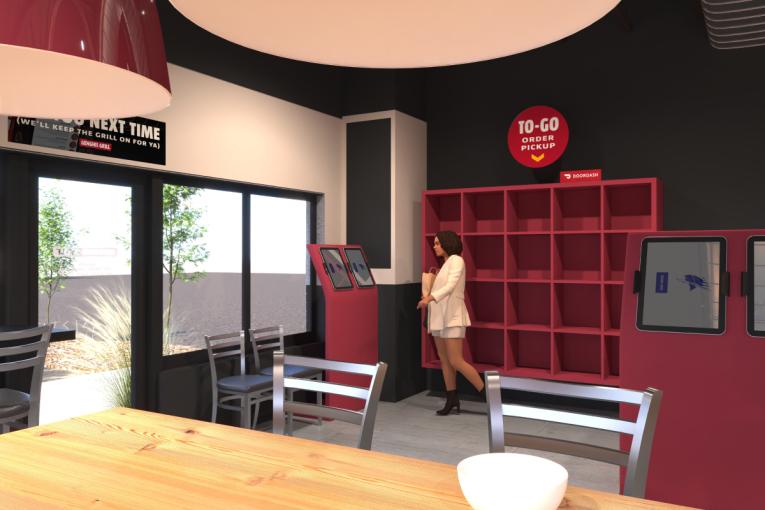 The first three new prototype restaurants are under construction and slated to open by the beginning of 2023.

Genghis Grill's off-premises sales have grown from 10 percent to 40 percent of its overall business in recent years. To support that growth, the prototype features a new to-go order staging and pick-up area with cubbies, plus curbside parking spots. The new model will also reduce buildout costs from $815,000 to about $400,000.

“You name it, it’s better … Speed of service, labor model, food costs, rent, total investment amount—there’s nothing we didn’t hit on in this, along with giving it an exciting new look,” Majewski says. “It’s not something that this brand has ever had.”

The first three new prototype restaurants are under construction and slated to open by the beginning of 2023, Majewski says. Though Genghis Grill hasn’t sold a franchise since 2011, he expects the fast-casual prototype will make the brand “go gangbusters.”

In addition to a new menu rollout in November, Majewski also plans to leverage his prior Jimmy John’s experience to help Genghis Grill build its own delivery program in the near future.

“At Jimmy John’s, we preached ‘Freaky Fast’ and we lived it, that’s how we built the brand,” he says. “If you become a habit and give people that level of service, they start to order more. It’s the same here. Before, people were waiting 15, 20, or 30 minutes for a bowl. Now, we’ve got the cook time down to five minutes from the time you hit the grill or less."