Customers came through and suggested expansion to such places as Wisconsin and Knoxville, Tennessee. Doepke and Furlow concurred to an even larger degree—the duo has dreams of being the largest fast casual in the country, and then going worldwide. But the early years also taught them just how much time, energy, and capital building a restaurant can take.

The good news for Doepke and Furlow is, they aren’t the only ones who believe in Green District. Several years ago, the cofounders established a relationship with Barry Brauch, the former CEO of American Founders Bank. He helped Doepke and Furlow secure a location in downtown Louisville with little underwriting, and became enamored with the concept. So when Brauch cofounded Castellan Group, a private equity firm aiming to invest in “entrepreneurs building powerful brands,” he knew where to look.

Castellan and Green District both agree on where the chain should be in the next decade, and it’s not to simply be a regional restaurant group.

“It was just really fortunate for him to fall in love with our product and what it was because I would say at the time Green District was cool, but it's nothing compared to what it is now,” says Doepke, who started the brand with Furlow in 2017 after meeting while coaching soccer.

Despite that investment happening just weeks before COVID erupted, Green District has since expanded to 12 locations, including spots in Indiana, Ohio, and Colorado. The cofounders expect to reach 25 stores by the end of this year, and 100 by 2026. The menu features 12 curated salad options (also available as wraps), three grain bowls, and a create-your-own wrap option. Those items can be topped with a choice of 17 dressings.

Furlow attributes some of Green District’s recent success to the nature of the pandemic. It shifted consumers’ understanding of tech by about five years, the cofounder says. It pushed guests toward app signups, online ordering, and customization—areas in which the salad chain thrived thanks to its partnership with food tech solution Lunchbox. The environment also forced the concept to slow its processes and evaluate. The company decided it would build its culture on heritage, integrity, and character, and grow business via three key pillars—salads, employees, and communities.

Over the past two and a half years, Green District has found the right people to help it expand, including Lance Little, Midwest market president (June 2020); Chuck Slaughter, director of technology (December 2020); Robert Rice, vice president of operations and food innovation (January 2021); and Tim Spong, Western market president (September 2021). The resumes of these executives are recognizable, as well. Spong worked at Chipotle for nearly 12 years, leading security and risk, supply chain, and operations services. Kathy Ryback, who serves as financial controller, was previously CFO of Sterling Restaurants, Moe’s largest franchisee.

“I think [the pandemic] put things in slow motion because I don't feel like having 33 leases currently signed is slowing down from the original plan,” Doepke says. “I think it was more slow motion, and I think what I mean by that is you allow your employees to have more freedom and work in a better culture and a better environment and you become more productive. We really value productivity over activity.” 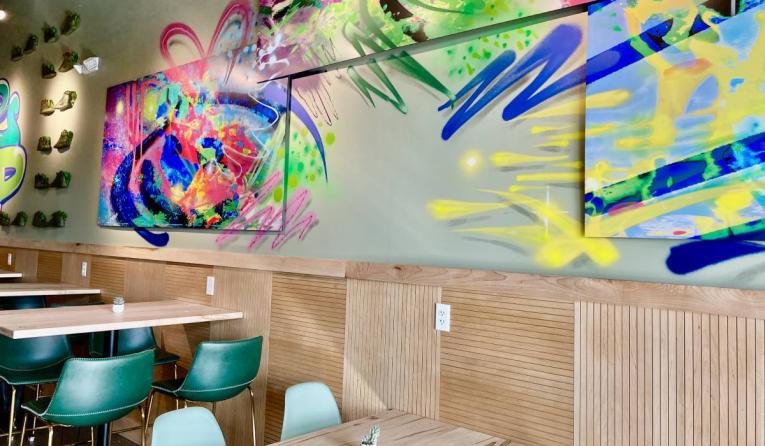 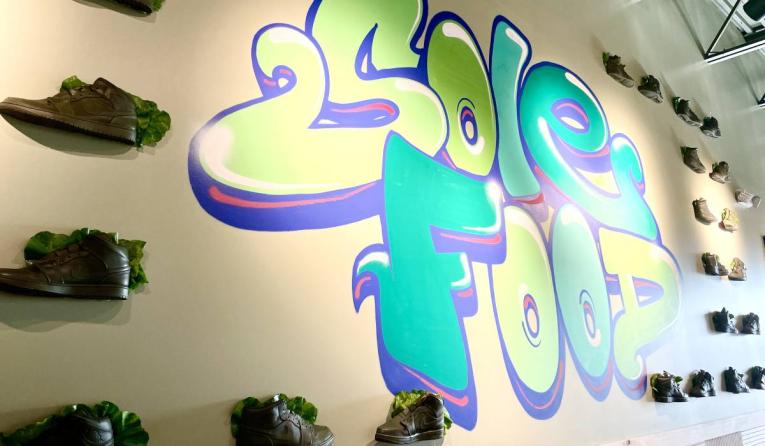 Another significant move was switching from Sysco to US Foods after several years. Under the agreement, Green District is able to use the company as a distribution channel between it and local farmers. The chain also hired Mitch Huff, a 13-year veteran of US Foods, as its corporate director of operations.

“We partnered up with US Foods after several years because they believed in us and they saw what we were going to achieve,” Furlow says. “They weren't waiting for us to achieve it and then come around. We wanted people to bank on us early. And so those partnerships are great. So whether we go out west, where we go north or south, we've already got that infrastructure set, whether it's a supply chain issue or equipment. I mean we haven't had a single delay on any of our equipment.”

Green District prefers 1,600 to 2,200 square feet of space and will take anything within that range if it works. The company has improved its off-premises efficiency, but at the same time, it still wants to give off a “cool hip coffee shop vibe,” Furlow says. Two drive-thru restaurants will be tested in Salt Lake City and Colorado Springs later this year.

The company’s first Western location debuted in Colorado on Thursday. Eight are projected to open in this region of the country by the end of 2022, under the watchful eye of Spong, whose intention is to make lightning strike twice after his run with Chipotle.

“He’s been a wealth of knowledge for us,” Furlow says. "He brings that highbrow executive, from being at the absolute start of Chipotle where they were testing the product in [Chipotle cofounder Steve Ells'] kitchen to where they are now. So having that knowledge and experience in our back pocket, I think it is huge for us. But also on the flip side, he would say, ‘Well we did it like this,’ and we're like, 'Well we're not doing it like that.’ So that's what Jordan and I always want to do, much to the sometimes disagreements of our restaurant veterans. That's how I think we do break down some walls and that's how we do push the needle further forward quickly.”

Of the brand’s 12 units, 11 are corporate and one is franchised. Back when Green District conducted a franchising program, Furlow sold five locations. Two opened, but one eventually closed when the operator moved to Texas. The company then put those plans on pause because the Castellan Group is more focused on building the corporate footprint. With that said, Green District is in talks with potential operators, but it’s only entertaining deals on the scale of master franchising.

By the end of September, Green District will finalize its plans for 2023, and that’s an effort everyone is included on, from assistant manager to high-level executive. However, Doepke made it clear where he expects the chain to be, saying “if we don’t have 33 of these open, we’re going to be pissed.”

There’s evidence that the chain’s reputation is growing. Furlow and Doepke were recently on a flight and speaking with a stranger who recognized the brand. Someone from a few rows back overheard the conversation, and shouted, “I love Green District!”

“That made me feel really important,” Furlow says. “I will say, I feel like we achieved something.”