Four years ago, Layne’s Chicken Fingers could be described as a cult-favorite, mom-and-pop restaurant near the campus of Texas A&M University.

The chain, open since 1994, expanded to three units in College Station, Texas, in that timeframe. Then, Garrett Reed and his business partner, Matt O’Reilly, entered the picture in 2017 and quickly infused visions of what the chicken chain could become over the next several years. After purchasing the brand from one of the original owners, new leadership evaluated existing infrastructure, policies, and procedures to transform Layne’s into something repeatable.

That initial vision and groundwork fueled Layne’s expansion to eight stores and a double-digit sales increase in 2021. It’s also provided in-depth framework for the brand’s national franchising strategy, which seeks 100 open locations by 2025.

“The culture of the brand and the following­­—that's shown in sales. We currently have over 100 leads, and we're very seriously entertaining 10 potential multi-unit franchisees as we speak,” COO Samir Wattar says.

Layne’s plans to have 10 or 11 restaurants by the end of 2021 and follow that up with 15–18 openings in 2022. Each year after that, the chain hopes for 25 new stores annually. The primary focus is Texas, where potential franchisees, including graduates of Texas A&M, are flocking to the brand and looking to purchase markets inside and around the Lone Star State. Ideally, Reed says the restaurant would like to sell out Texas—which should happen before the year is over—and then venture into neighboring states. Layne’s has received interest from operators on the East Coast and is also in the final stages of locking up a multi-territory agreement for the Northeast. Other notable top markets include Oklahoma, Arizona, New Mexico, and Florida.

It’s important to note Layne’s does not have a franchise sales department—a strategy core to the chain’s new culture. Any potential franchisee must go through O’Reilly, and then to Reed and Wattar. The group holds discovery days almost three times per week, and more often than not, they reject offers.

“It's very important that our brand is protected and that we keep our culture,” Reed says. “So even though we built a robust department for just about every discipline we have, for now and for the foreseeable future, we want to be unique in that we don't have a franchise sales person. It all comes directly through the three main principals, and we're going to try to keep that up as long as we can. We want to know who it is. We want to make sure that they understand our brand before we give them an opportunity to execute our brand.” 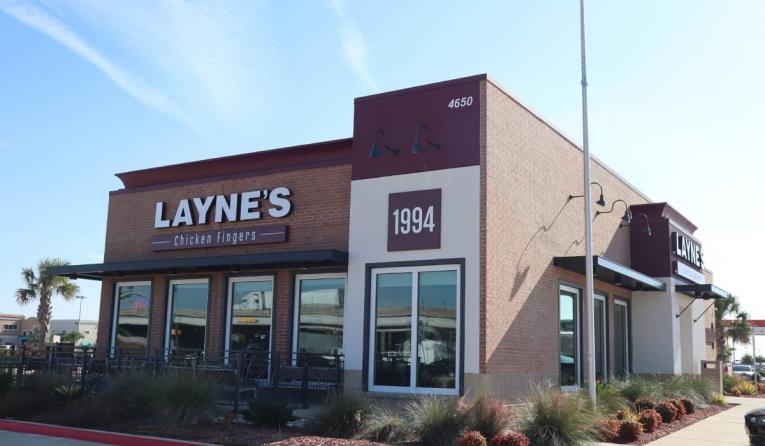 The fierce protection of Layne’s culture dates back to when Reed and O’Reilly took the reins. In that first year, the goal was to open three units in the Dallas/Forth Worth market and stress test all of their theories on replicating operations, culture, and food. After debuting those units, the team learned what they were doing right, but also uncovered what they were doing wrong. Pivots were made accordingly.

The company moved ahead of schedule, and opened a fourth corporate store in Dallas/Fort Worth in April. As Layne’s prepared for that store’s debut, Wattar joined the fold with previous franchising experience at Fuzzy’s Tacos and MOOYA Burgers & Fries. The industry veteran filled a void in terms of knowledge around logistics, supply chain, and purchasing.

As Layne’s attempts its exponential rise from eight to 100 locations, the growth guardrails won’t necessarily focus on operations. Reed says one of the reasons why he and O’Reilly acquired Layne’s was because of its simplicity. The brand essentially sells chicken tenders, fries, and milkshakes, so the menu isn’t complicated and the food is easy to package and deliver to customers. Of course, there are specific ways to cook food, but the details are laid out quite easily. 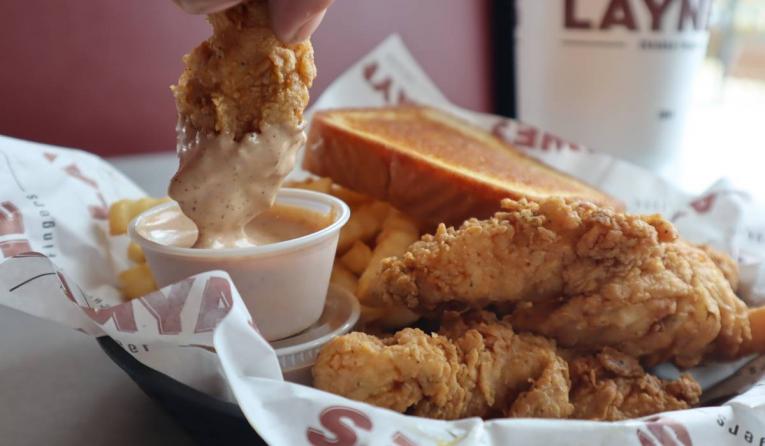 "Regardless of if they're in New York or New Jersey or Connecticut or wherever, if you can get people to try our food one time and the service is the way we set up service, we keep our guests," says Layne's Chicken Fingers CEO Garrett Reed.

The true guardrails are whether a potential franchisee can take Layne’s and implement the correct culture. On Discovery Days, leadership specifically asks questions to see if candidates are truly committed to growing Layne’s or just looking to add another concept. For example, about a month ago, Reed and Wattar interviewed a well-funded operator who ran more than 100 stores across multiple concepts and was pressing to grab a Layne’s territory. But after speaking with the individual O’Reilly, Reed, and Wattar stood up from the table and said “No” to each other.

“Why? Could he operate? Yeah. Anybody can operate a Layne’s,” Reed says. “We've made that idiot proof. He was in it for the return. He was in it to make a buck. And can you do that with our concept? Yeah, that's great. But if you don't continue the Layne’s culture and the Layne’s way, what we do, then it's really not what we're after. We're here to build a legacy project. We're not here to build a company and flip it. And that's really core to what the ownership of this group is all about. So when you talk about guardrails, our guardrails are way more around our culture and the way we treat our guests and the way we treat our employees and a lot less around the way that we execute our product because that's foolproof. We've set that up.”

Layne’s mission statement is depicted through its brand logo, which is a chicken inside of an astronaut helmet. The helmet represents the complexity of space travel and how one mistake could ruin the journey. That’s how Layne’s wants employees to approach food and procedures—don’t take any shortcuts because there will always be consequences. On the other hand, Wattar explains that the chicken is one of the most ridiculous animals on Earth. The bird is a reminder for workers to have fun, enjoy the experience, and not take themselves too seriously. The helmet also has “1994” on it to serve as a reminder of how far the chain has come.

When Layne’s ventures outside of Texas and starts its national growth, building awareness will come down to the usual factors like real estate, investment, and marketing efforts. But the ultimate tools are the food and employees. That’s what will convince customers to return.

“We only sell the best part of the chicken, the chicken tender," Reed says. "We marinate for 72 hours. We have fantastic food. We have a variety of sauces that we hand-mix in the store every day. Regardless of if they're in New York or New Jersey or Connecticut or wherever, if you can get people to try our food one time and the service is the way we set up service, we keep our guests. We have a very loyal following whether they're Aggies or whether they just stopped in and said, ‘Hey I saw your building here.’ If we can get somebody in one time, there's a really high chance that they will become a customer."