George J. Hart has 11 stores on military bases around the U.S. that he’s been building since 2016, with six additional openings lined up for 2020.

During his 25 years in the Army, George J. Hart used to joke with his fellow service members that, after retirement, he was going to open a Dunkin’ on every military base in the country.

“I grew up in New Jersey on Dunkin’. Everyone has their favorite flavor profile in coffee, and, for me, that’s it—every other cup of coffee just feels like I’m waiting on Dunkin’. They did a great job making coffee on base, but it just wasn’t the same,” Hart says.

After enlisting and becoming an officer, serving as a reconnaissance helicopter pilot, commanding a total of three different units, and finishing up with a final assignment teaching cadets at the Air Force Academy, Hart retired from the Army. It wasn’t long before his on-base joke shifted to a real-life business plan.

Now, Hart has 11 stores on military bases around the U.S. that he’s been building since 2016, with six additional openings lined up for 2020. The final goal? Units on the 44 largest military bases in the country. Each year, Hart and his team look to accelerate the number of locations opened, and Hart says that the plan is to bump the number of new stores up to eight to 10 in 2021.

“It works because we provide managers on base an opportunity to bring in a big-name brand like Dunkin’ and then the service members are excited for the high-quality product. It’s unique to offer something outside of dayparts three and four,” Hart says.

He says it’s easy to find a host of lunch and dinner options on base, with a range of sandwich, burger, pizza, and chicken brands available. Breakfast is an underserved commodity, making Dunkin’ a lucrative franchise choice.

The flexibility of the brand is another key characteristic fueling its on-base success. Hart works with the general managers on each base to convert any available space into a Dunkin’. His units range from drive-thru only stand-alones to 3,000-square-foot Dunkin’ and Baskin-Robbins combos. The menu can be tailored to fit each location, too, and individual bases have their own proprietary dozens composed of the 12 most popular donuts at that specific site. Employees poll customers on their favorite varieties, then create a new dozen named after the base in question, allowing guests to drive thru or dash in and quickly order their base’s 12-pack.

But, even with the easy assimilation of Hart’s Dunkin’ units into the daily workings of military bases, challenges specific to opening units on a military installation still arise.

Contracting with the government can be a long, wearying process with lots of legal snags. Before his foray into franchising with Dunkin’ and post-Army service, Hart worked as a consultant for the government, teaching the niche skill of contracting with a governing body. Even if touting this expertise, he says contracting is still demanding, and warns others looking to franchise on bases that it takes determination and research. 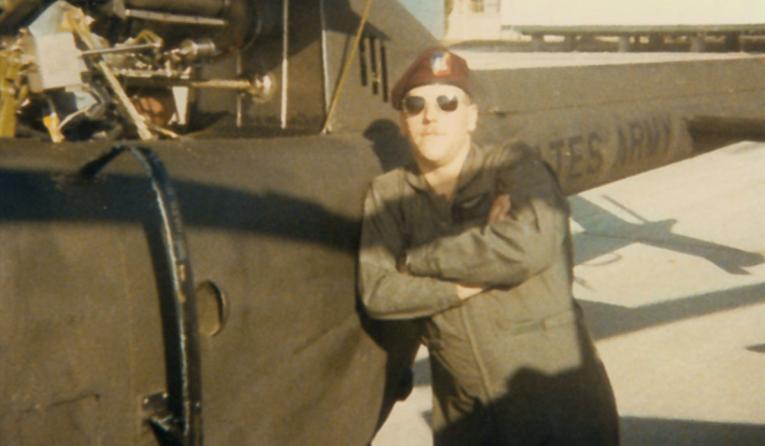 “Franchising on a military base is not for the faint of heart. A lot of people look at a base and think it’s a great opportunity to give back to the military, and they’re going in for the right emotional reasons, but their experience is not such that they should go into this operation. You can really get yourself in a bind with a government contract if you don’t perform right, and you have to understand that,” Hart says.

Running a nationwide network of on-base stores surrounded by stringent security measures poses another unique challenge. It can be difficult for supply trucks and even employees to get past entry points and gates to arrive at units, and operators must adhere to certain standards and procedures set in place by the federal government.

Hart’s strategy for running stores set inside these security-bound areas is simple: Hire staff who already know the territory. His franchises have a “hire vets first” policy, and around 50 percent of team members in all 11 up-and-running stores have served or are family members of veterans or active duty military.

Hart says that, while many other positions are filled by a strong showing of the 16- to 20-year-old children of military, his senior staff is mostly made up of veterans. For managerial roles, he looks to hire previous service members that typically have a ranking of mid-grade sergeant or junior officer, meaning that they already understand the inner workings of a base and are better equipped to skirt security concerns.

Hart based his operating model on a military model of running a web of sites that spread over large geographic distances, meaning that each store manager acts as owner-operator of his or her unit. These managers are supported by traveling district managers who visit locations every three weeks or so, with the assignment of helping managers find opportunities and areas to improve, rather than grading them.

Hart’s recipe for on-base success is a mix of this model, hiring staff with military background, and a required six-week training program that the franchising company hosts at Colorado’s Fort Carson for those in managing roles. Hart credits his own background for the development of this strategy.

“I tell people all the time that the military taught me everything I needed to know about how to run a business except a P&L. That was my only learning curve—as far as communication, security, logistics, and planning go I strictly apply everything I was taught in the Army,” Hart says.

Hart’s 2020 units are slated for various bases in Ohio, Arizona, Texas, and Kansas. He says the company is working on the logistics for opening some additional stores that are outside of Dunkin’s current available territory, in the interest of not only supplying all bases but also growing the Dunkin’ brand.

"I’m serving my brothers and sisters. I tell my crew to understand that you might be handing a coffee out the window, but you’re handing it to somebody who’s defending the nation." — George J. Hart, Dunkin' franchisee.

He encourages other retired service members to get involved, citing Dunkin’ as a veteran-friendly brand—the chain offers sizable discounts for active and retired military and partners with several programs to fundraise for veterans. He says that, just as veterans can build the brand by bringing their military skills to the table, becoming a Dunkin’ franchisee can help former service members adjust back into civilian life. The brand caters to systems-oriented, orderly operators, and Hart says many veterans are looking for a position that leverages skills of this type, like organization and list-making.

Since Hart didn’t begin franchising until 10 years after his retirement, he says that opening his on-base Dunkin’ units felt like coming home. After the tight-knit, family-like atmosphere of a career in the service, civilian life presents and often-lonely contrast. Pushing into the entrepreneurial space on base has allowed Hart to re-integrate himself into the community and culture of these military centers, opening up new-yet-familiar channels that allow him to help fellow veterans and service members.

“One of the beauties of being on a military base is that you have a network of people around you from day one who have been through what you’ve been through. I feel like I belong, and, most importantly, I’m serving a community that I was a part of for so long. I’m serving my brothers and sisters. I tell my crew to understand that you might be handing a coffee out the window, but you’re handing it to somebody who’s defending the nation. That Dunkin’ matters,” he says.