The 512 Program provides a year’s bonus and 28-day sabbatical.

When Hopdoddy Burger Bar announced its 512 employee program at a leadership conference a few years ago, four managers broke down with emotion.

Suddenly, bucket list items seemed in reach. A motorcycle trip to Alaska with a loved one. A 28-day French tour in wine country.

The 512 Program offered a year’s bonus and 28-day sabbatical to all managers who reach five years of employment. Three years after the program was first unveiled, two managers were awarded for their service. One was Steve Jors, now the chain’s West Coast culinary director, who helped open all four California stores as a general manager and designed the bar display at one of them. The other was Jonny Monnin, who worked as general manager at Hopdoddy’s flagship location in Austin and now leads another store in the city.

Rewarding employees has become a major trend as restaurants attempt to differentiate themselves from other foodservice employers amid a continuing hiring shortage. There are roughly 70 percent more job vacancies compared to pre-COVID across all industries and 10 percent fewer people looking for work, which is the largest gap in recorded history, according to a report by Black Box Intelligence and Snagajob.

Hopdoddy CEO Jeff Chandler says everyone in the restaurant industry is feeling the pinch of the tight workforce. He notes that Hopdoddy is faring slightly better than most, adding companies that placed a priority on people before the hiring crisis encountered less problems during it.

“It's one thing to be reactionary, but I think it's more important being proactive,” Chandler says. “We've always put people at the top of our pyramid. Without people, we really can’t execute anything.”

The chain’s strategy has always centered around its people. In a time when restaurant employees—and the whole world essentially—is in turmoil, the 512 program is just an extension of that blueprint.

Everyone gets caught up in the “rat race,” Chandler says, and at some point, people need a clarity break and time to reflect on what’s important. That’s what the 512 Program gives its managers, and in turn, de-stressed operators become better leaders.

“There's a lot of uncertainty out there and anxiety and frustrations,” Chandler says. “I think, overall, we're seeing a very tired workforce that's frustrated with the complexity and the dynamics of everything that's gone on over the last two years.”

The biggest contributing factor to restaurant prosperity is quality of leadership and management, Chandler explains. Hopdoddy realized if it could incentivize general managers to stay and build teams, success would follow. The CEO says the 512 program is recognition that management turnover in the restaurant industry can be devastating, and that it’s important to prevent it.

“Sometimes in our business, we go through life, and we look up and all of a sudden, we've worked way too hard, or we missed a lot of key things in our life,” Chandler says. “I think this is just trying to recognize that it is important to take time off and to do things, whether it's with loved ones, family, significant others, whomever, or even for yourself and really to get renewed and refreshed and re-energized in a way that I think only time away from our business affords people to do.” 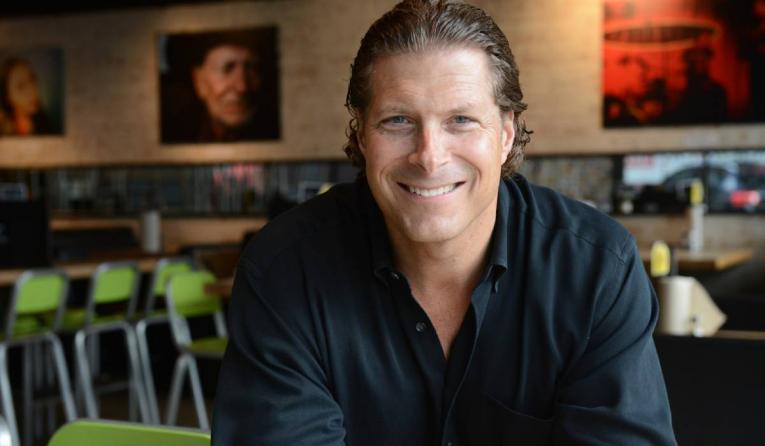 The 512 program provided a little bit of hope for managers to continue working through a “dynamic, crazy environment,” Chandler says. Hopdoddy executives knew giving employees just the large bonus would be great, but without time to spend it, the CEO believes the extra pay would not have been worth as much.

Leadership soon realized how transformational the 512 Program could be. Managers can even combine their three weeks of normal vacation with the 28-day sabbatical. Employees also benefit from signing, retention, and referral bonuses outside of the 512 Program.

“At the time, we called it a big, hairy, audacious goal of how can we afford something like that?” Chandler says. “One of our team members in our thoughts session said, ‘How can we afford not to do this?’”

Many of Hopdoddy’s workforce initiatives began years ago, before any of the current pressures existed. For instance, the company created the Hopdoddy Love Fund in 2017 to aid team members disrupted by Hurricane Harvey. Years later, the Love Fund continues to distribute funds to any employees in need.

Chandler advises other restaurant leaders to think about what their team members’ greatest stress points are and ask how they can best address those issues with their current resources. For Hopdoddy, those resources were time and money.

Providing a working wage is critical, but opportunities are important, too. The culture is really what keeps employees from leaving, and for Hopdoddy, that means being open-minded, removing strict procedures, and always taking the high road, Chandler says.

The CEO’s goal is simple—provide a transformational work experience that further inspires and propels people in their lives. He knows many employees use Hopdoddy as a stepping stone toward a different career, and the chain is willing to accommodate those dreams with training and education they can use later in life.

Fifteen years from now, Chandler wants to read an article about the next top chief marketing officer or trial lawyer, and see them reference their early job at Hopdoddy, a place they learned how to be a better person and leader. The 512 Program is a reflection of that wish.