When Blain Shortreed joined Long John Silver’s as CEO in 2019, the company was on the tail end of a disappointing run that saw the brand shed nearly 300 stores in five years. The proverbial ship was sinking and something needed to be done, fast.

“It got really bleak for us, our sales were down significantly, [we] were trying to balance our marketing budget,” he says.

A simplified strategy was paramount, Shortreed says, especially during the COVID era. The CEO says business was “challenged” before he arrived, and the model in place wasn’t feasible.

“We were trying to spend our way to success and that in itself was a very dangerous play,” Shortreed says. “We're acting like a big brand, but we didn't have big brand budgets.”

To keep the ship afloat, the company returned to basics, ensuring every unit was up to date with issues like restaurant equipment and operations.

Implementation began shortly before the pandemic kicked off in 2020. The initial phase of the plan saw corporate staff reduced from 75–100 to 50, in an effort to trim labor costs.

The other key step was cutting back on advertising dollars and steering capital toward more pertinent areas, such as technology. At the time, some restaurants didn’t have basic tools to succeed, like drive-thru timers.

“We didn’t have what we should have had,” Shortreed says. “The basics weren’t there from an operations perspective.”

With a seemingly now-or-never moment approaching, the brand focused on 2020, not knowing the entire industry was about to face widespread disruption.

As it turns out, streamlining operations would become an industry trend as COVID forced business outside the four walls and convenience to the forefront of consumer preference—Long John Silver’s just happened to already be on its way.

In the year ending October 2021, drive-thru increased visits by 9 percent for the entire industry, year-over-year, and by 23 percent compared to two years ago.

Nearly 85 percent of Long John Silver’s sales come through the channel. “Focusing on speed at the drive-thru was absolutely a win for us,” he says.

Upgrades to the POS system and a fresh mobile ordering system helped the pirate-themed brand break records of late. In the first two weeks of Lent, the brand’s business tripled, reaching the highest level of sales the company has seen during the period. Units averaged roughly $22,000 per week, which is about a $1.1 million AUV on an annualized basis.

“Those investments have been paying off for us,” Shortreed says, adding record numbers during this year’s Lenten season were not just a weekly mark for that time of year, but represent some of the highest weekly averages the company has experienced overall. 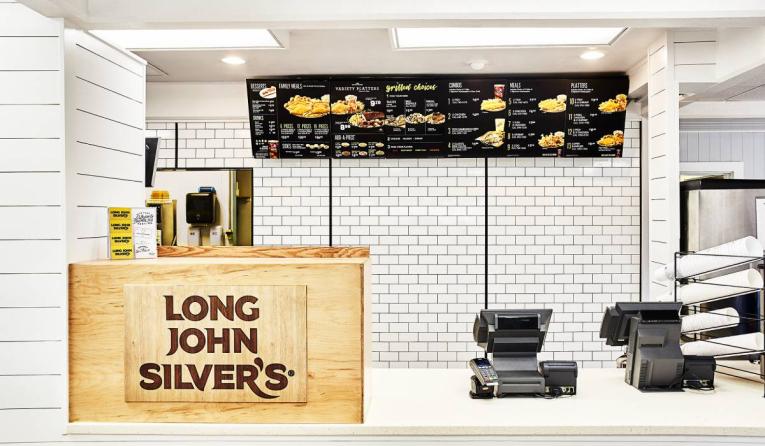 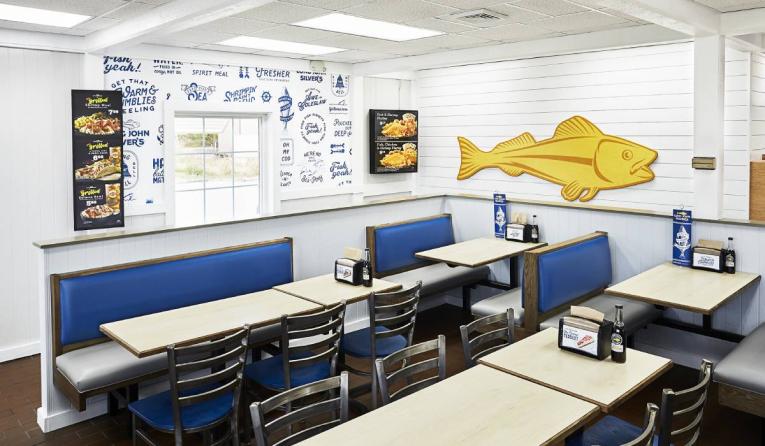 Refreshed units were expected to increase sales 5–10 percent, but have outperformed expectations, with sales growing 15–20 percent.

Despite macroeconomic pressures, Long John Silver’s maintained its value proposition. Shortreed credits the fact the chain doesn’t rely on protein, which has skyrocketed in costs over the past year.

The brand hasn’t fully escaped inflationary pressures, however, but its flexible menu released the valve a bit.

“That’s the beauty about our business,” he says. “We can do something other than fish. We can do shrimp, we can do chicken planks. As pricing of commodities goes up, we can interchange how we add value to our consumer.”

With the advertising budget now settled, thanks to newly appointed president Stephanie Mattingly, Long John Silver’s is focused on getting its value message onto TVs and in front of customers.

As the brand appreciates sustained success, the next phase is revitalizing expansion, particularly on the international front. Long John Silver’s has 24 units in Singapore and plans to scale into Indonesia, with up to 50 units. Southeast Asia is of interest to Long John Silver’s because of the local dietary habits. The two largest forms of protein consumed by the population are seafood and chicken.

The expansion into Indonesia will be spearheaded by the operator of the Singapore units.

“He has a vision for he and his family to grow Long John Silver’s, and we came to the realization that we’re probably better to have a master franchise agreement,” Shortreed says. “Indonesia was a perfect market … It was basically the perfect storm coming together and we will focus on Southeast Asia and that’s where we’ll end up looking to have a presence long term.”

The brand will also explore opportunities in the Middle East, like United Arab Emirates.

“We’re still working through the details of that,” Shortreed says. “I’d give that a 50/50 chance of moving forward, but again, it’s good that large investment partners are showing an interest in the brand.”

Domestically, Long John Silver’s will work toward positive net growth and reinvesting in existing outlets, including new landscaping, signage, and a sleeker, modernized design, or as Shorteed says, “we've just taken a 50-year-old brand and cleaned it all up for a consumer.”

Long John Silver’s isn’t ready to consider new franchisees domestically just yet, but if the current trend of positive sales continues, it could soon.

Just being able to contemplate U.S. growth is a win for Long John Silver’s, Shortreed says. For a brand on the brink several years ago, renewed optimism isn’t lost on new leadership.

“We know that there is love for this brand … Once we get that momentum going, we’ll start entertaining new franchisees, we have a broker now,” he says. “But, I think we want to try and grow from within at this point in time.”

“I’m excited about the opportunity to grow domestically," he adds. "… I think I can see that on the horizon,” he says. “Where I think two years ago I couldn’t."