How Sweet Chick Evolved into a Growth-Ready Fast Casual

John Seymour, owner of New York City-based Sweet Chick, founded the chain in 2013 as a full-service neighborhood restaurant where customers could enjoy a full cocktail bar and eat braised octopus or aged ribeye on a random Tuesday or Wednesday. Over the years, the chain attracted the likes of Leonardo DiCaprio, Mariah Carey, Cameron Diaz, and Kendrick Lamar.

But from the start, chicken and waffles was the anchor. Sweet Chick has logged more than 100 iterations of its hero item; the current menu gives customers the choice of classic, barbecue, soy honey garlic, buffalo, Nashville hot, or salted caramel chicken, paired with apple cinnamon, bacon cheddar, chocolate chip, or vanilla glaze waffles.

“The idea was that people were coming in for chicken and waffles and they might look around and see what somebody else was eating that night,” Seymour says. “We were really doing a lot of everything in house and trying to give people a lot more offerings." 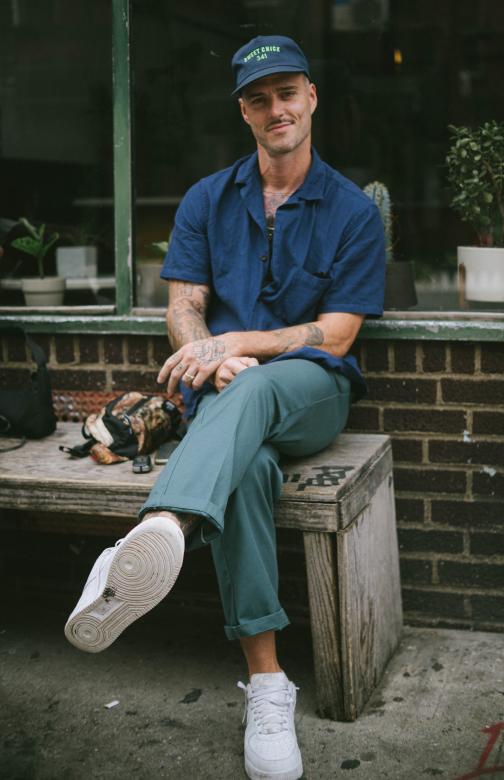 COVID’s arrival in March 2020 completely scrambled the brand's neighborhood ideals, especially since four units are in New York and one is in Los Angeles—two of the most restricted markets during the early months of the pandemic. Seymour’s best option was constructing a takeout window at his Brooklyn location.

As weeks passed, Sweet Chick rebuilt its menu, including adjustment of portion sizes and lowering of prices. The food was more reminiscent of what the company served at pop-ups and concession stands at Citi Field in New York and Dodger Stadium in Los Angeles—sandwiches, salads, and of course, chicken and waffles.

The changes expanded to all restaurants, and the chain was met with lines of customers, growing sales, and lower labor costs. At this point, it was clear to Seymour that fast casual was the future.

“The term that we came up with was really just shut up and play the hits,” Seymour says. “Play the things that people really wanted from us and expand on that. … When we looked at the menu and we looked at everything, we really as a company spent a lot of time on preparation around items that really weren't our home run items per se, and obviously we put a lot of preparation and time into making all of our food, but there was just a lot that we were doing that I think allowed us to pay more attention to the stars of the show.”

In the back of house, Sweet Chick focused on redesigning kitchens in a way that resulted in faster quicker times without losing quality. That meant implementation of kitchen display systems, rethinking partnerships with vendors and what should be completed in house, and rewriting training documents—all with scalability in mind. Since the brand adopted the counter-service format, there’s been somewhat of a learning curve for customers, but Seymour believes guests have almost been trained for it during the pandemic, especially with the rise of QR codes.

The latest version of the menu is simple, starting with a brunch section featuring a variety of biscuits and a main segment offering Belgian waffles with two-piece bone-in or four-piece boneless chicken, fried or grilled sandwiches, chicken and fries, shrimp and grits, a chicken bucket, and salads. The alcoholic beverage lineup is intact as well, like the “Tiger, Tiger Woods Y’all” (bourbon, cognac, and Arnold Palmer) and Purple Drank (gin, grape juice, and lime juice).

Coming out of the pandemic, Seymour knew one of his next steps would be raising additional growth capital. The company already received an early investment from Grammy Award-winning rapper Nas. 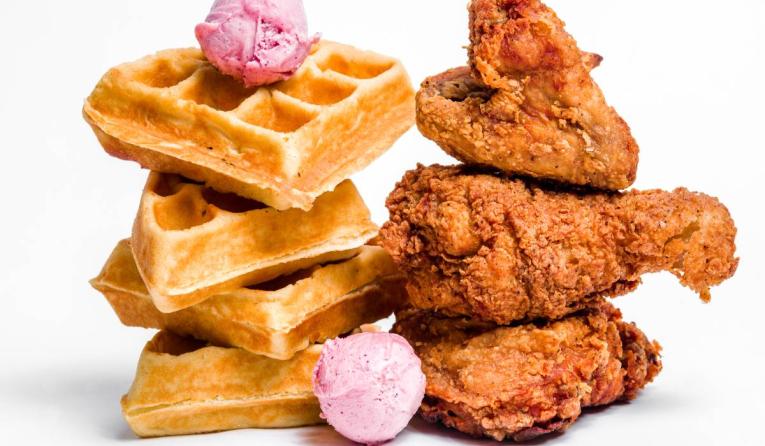 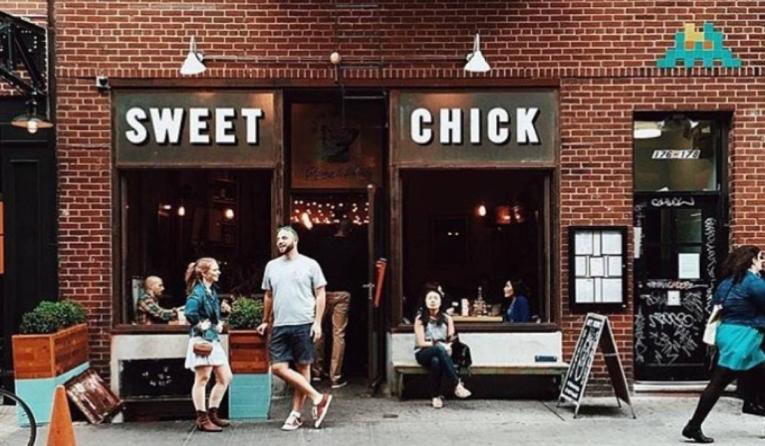 As Sweet Chick continued to prove out its new model, Seymour had a chance meeting with Nick Marsh, CEO of Founders Table Restaurant Group, parent of New York fast casuals Chopt, Dos Toros, and Fieldtrip. As a restaurateur of five stores, Seymour was very much interested in learning more from Marsh, a well-connected industry veteran who previously served on the board of Quiznos and invested in Southern California-based chain Mendocino Farms, and the founders of Chopt and Dos Toros, which operate a combined 91 stores.

He knew early on that Founders Table was the right fit, but still waited a year to close the deal. In May, the two sides announced that Sweet Chick received a $5 million capital injection to finance expansion.

“I think for an entrepreneur to take money at any point is always risky and obviously going to be a concern,” Seymour says. “It's exciting at the same time, but you want to know who you're working with and if they have their goals aligned with your goals as well. … I mean, the name Founders Table should in a sense speak for itself, but I think that really is to circle around and support a founder or leader in the category and support them to create something great.”

Sweet Chick will first expand across NYC and L.A. and then move into major markets with cultural hubs, like Chicago and Miami. Seymour is intrigued by franchising because of how much faster the fast casual could grow, but he hasn’t pulled that lever yet. If the right operators come into the fold, his team will look into striking deals; as of now, the focus is entirely company-run expansion.

The plan is for the upcoming prototype to work in either suburban or urban markets. The exact design hasn’t been finalized yet, but Seymour is preparing for updated Sweet Chick branding and a layout that’s structured for fast casual, as opposed to his retrofitted casual-dining locations.

“Sweet Chick as a brand, as a company, I think has a special place and I think has the ability to really punch above its weight class when it comes to this fast-casual market,” Seymour says. “I definitely intend to squeeze in there next to some of the other big brands.”