How Wendy’s Got People Talking About Breakfast in a Pandemic

When it came to breakfast in the days before COVID-19, Wendy’s had its north star. It was going to market and promote through better-quality positioning. A competitive landscape CMO Carl Loredo refers to as “the world of frozen arches,” in a not so-veiled reference to McDonald’s, a company that, just six years ago, held 17.4 percent of morning share, according to Euromonitor.

Wendy’s war chest was deep—it planned to deploy $70 million to $80 million to raise awareness, with corporate funding $40 million to $50 million. And that didn’t factor the $20 million spent pre-launch by Wendy’s to hire 20,000 employees and give breakfast the infrastructure it needed to avoid missteps from previous attempts, such as market penetration, adoption, and profitability.

For instance, the last time Wendy’s took a shot at breakfast—back in 2010 with Roland Smith at the helm—it rolled tests across six markets. But one setback with a selective market trial was it made it harder to leverage wider-reaching media channels (like the brand’s social prowess) and easier for competitors to aggressively counter. McDonald’s gobbled outdoor advertising in Wendy’s pilot markets and discounted items to defend their breakfast turf.

SIGN UP TODAY: WEBINAR: How operators can prepare for the comeback of breakfast in 2021

Wendy’s hoped to reach 1,000 units by the end of 2011, but sputtered in the 600–700 range as franchisees recorded average weekly sales of about $2,700, below breakeven and the $3,000 figure set by corporate, with uncertain levels of cannibalization on lunch and dinner sales. Importantly, food costs for breakfast, which included items like an artisan egg sandwich and Mornin’ Melt Panini, ran higher and stressed test stores 150–200 basis points above non-breakfast units.

And that meant going right at the competition.

The strategy worked initially. Wendy’s domestic same-store sales spiked 16 percent in the first week of March. Yet everyone knows what came next. COVID snatched the playbook and shredded it.

For Wendy’s and breakfast, the biggest threat to market share changed, Loredo said Wednesday during a special, breakfast-focused virtual chat. It went from McDonald’s to competing with breakfast at home. “We started this journey with the idea of saving consumers from folded-egg sandwiches that were being served in the marketplace. And then it sort of shifted to this world of are you getting tired of that boring toast you’ve been having for the last five days,” Loredo said. “That was something that even as we think about how do we frame it up and what do we want to go communicate to consumers, that was important.”

“Even in the world of messaging, it was less about getting consumers to not go where they had in their habitual story on their way to work, but really are you tired of what you have at home?” he added.

THE COVID-19 ROAD FOR WENDY'S SO FAR

Wendy's Breakfast is About to Get a $15 Million Boost

Wendy’s to Give Employees at Corporate Stores 10 Percent Boost

Wendy's: 90 Percent of Sales Coming Via Drive Thru

Wendy’s battle against this invisible target progressed better than some might have expected, especially when you consider breakfast’s broad challenges during COVID. It’s a segment, along with late-night, particularly hurt by stay-at-home behavior and remote work. If coronavirus did anything to the consumer, it demolished their habitual occasions. And that’s the golden egg breakfast concepts historically chase and market around. 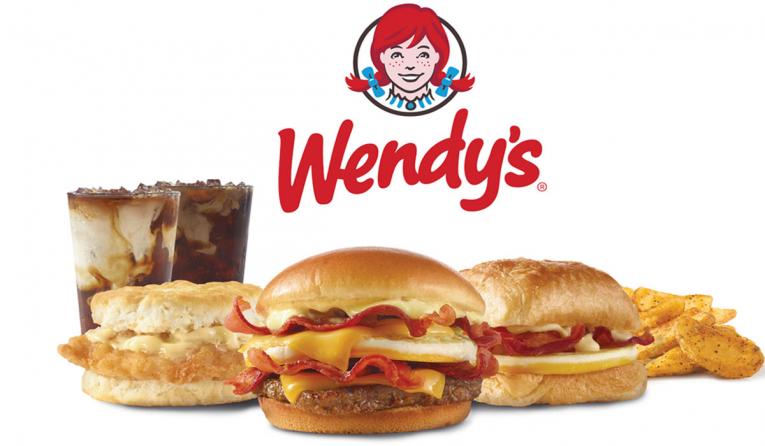 Menu innovation could be on the way for Wendy's breakfast. But the company isn't saying just yet.

There were several factors at work, including increased consumer mobility and digital gains. Yet it was breakfast that really fueled performance, as the category contributed roughly 6.5 percent to Wendy's U.S. same-store sales in the period. Average weekly take grew throughout the period.

“We came into the morning daypart as an underdog,” Loredo said. “And we launched it in the midst of COVID. And yet here we are, less than a year into it, and we’re matching competitors that have been in the market for 50 years. Literally going from a breakfast nobody to a breakfast somebody, and loving the heck out of every minute of it.”

Breakfast suddenly became Wendy’s highest-rated daypart, in terms of guest satisfaction scores. It appreciated high repeat orders as well. All the while, CEO Todd Penegor said, a “fairly large percentage” of existing customers still hadn’t tried it yet. Awareness in March was 50 percent and has held steady over the past 10 or so months. That’s no small feat. Yet the reality it hasn’t grown, either, speaks to potential. It’s why Pengor said Wendy’s would “continue to support breakfast with our incremental company advertising spending.” Wendy’s forked up $6.2 million last quarter. To that point in 2020, corporate funneled $15 million into the breakfast marketing pool, “and we plan to continue our incremental spending in 2021,” he said.

“The key unlock for this business moving forward will be mobility, as this improves, coupled with our incremental investment in marketing, we believe that this business has a ton of upside,” Penegor added.

Generally, Wendy's generates 25–30 percent awareness from a typical three- to four-week LTO. While you’d expect something like breakfast (and the investment behind it) to track higher, it got off to an alluring start nonetheless.

The “mobility” Penegor referenced, or the notion guests aren’t leaving the house as much, is something Wendy’s believes will fuel growth in its most organic form—word of mouth.

In the meantime, however, you can see COVID’s direct impact on Wendy’s messaging. “The media channels that we were impacting mattered more than ever,” Loredo said. “We really had to take a look at where we were focused on engaging in media. Certainly, there were broad-reach awareness mechanisms that we could use, but it also became very important for us to think about how did that shift in the context of world of COVID.”

Consumers started binge watching at a higher clip. Tablets and handheld devices were at the ready. Gaming became ever-present. “There were just a bunch of changes that we had to continue to think through and really consider how do we want to go engage with those consumers,” Loredo said.

Another adjustment was delivery. Wendy’s originally figured breakfast would thrive around 6:30 a.m. Just as brands like Starbucks and Dunkin’ noted, though, the early morning occasion pushed back during quarantine life. And so Wendy’s had to rethink something as straightforward as getting food to guests. “All of sudden the time period for breakfast started to shift later and later into the morning,” Loredo said.

Digital and mobile ordering spiked. Order size increased, and so did check average. It led Wendy’s to figure out how it could become rush ready at the “new breakfast” timeframe. “A lot of folks were not going out to work. They were really changing their overall habits. So as we began to ramp up delivery, we found ways we could really build into that daypart the idea of having your food delivered. Make sure that it was there for you in the morning,” Loredo said.

In March of 2020, Wendy’s had one delivery partner. Today, there are four. “You really think about everything from messaging to how we were working in the restaurants and then ultimately the ways that we were getting food to consumers, from where we were at this time a year ago, I have to admit that pretty much everything has changed,” Loredo says. “But in many ways, it’s changed for the better.”

So how did Wendy’s get the word out, all hurdles considered? Loredo said it boiled down to listening to guests and understanding where they were engaging. Because the reality was, Wendy’s couldn’t speak to people walking through the door anymore. It had to reach across the digital table.

“No big surprise for Wendy’s is our not-so-secret super power is social. So really digging in and making sure that we were understanding. Listening to the communities that we’re a part of. To give us a sense of where we wanted to pivot those conversations,” Loredo said. “This world has been rapidly changing.”

Gaming was perhaps the foremost adjustment for Wendy’s. The brand already laid the foundation with Fortnite, a game that morphed into a cultural hub for 12–to-24-year-olds through the rise of online streaming platform Twitch.

Instead of just popping up an advertisement in the middle of some action, Wendy’s made its advertising the main event. Fortnite introduced a game mode called “Food Fight,” which prompted Wendy’s to join in. It pitted “Team Burger” versus “Team Pizza.” The former stored virtual beef in freezers. So Wendy’s backed Team Pizza and made it its objective to eliminate all burger freezers.

How effective was this offbeat tactic? Wendy’s amassed more than 1.5 million minutes watched from viewers. The Twitch stream was viewed live more than 250,000 times. Mentions of Wendy’s increased by 119 percent across social platforms. Read more on the campaign here, which earned agency VMLY&R The Drum Social Buzz Awards in 2019.

“The work we had done there set us up to be successful in the world of gaming,” Loredo said.

Wendy’s shifted into Animal Crossing and Mario Kart this past year. “The different ways that we really got engaged in the gaming community. Did it in an authentic way and made sure we were able to talk about breakfast and that story as well,” Loredo said.

Another example was a December partnership with Uber Eats on a “Never Stop Gaming Menu” that connected fans with five of the biggest Twitch streamers for five days of gaming, meal combos, and prizes. It’s not unlike some of the curated digital-exclusive options Chipotle offers through celebrity favorites. Or McDonald’s link-up with Travis Scott and J Balvin.

“We have great products within this world of breakfast. We know that they’re better than the competition,” Loredo said.

It also got involved with music and virtual concerts through Grub Hub and Pandora. “And really finding new avenues just to be able to have those conversations with folks,” Loredo said. “But just as importantly giving consumers something to be engaged in and be excited by in this world of COVID. It was a great balance for us to be able to bring concerts, but be able to talk about breakfast the same as driving our engagement in things like Animal Crossing and Mario Kart and being a part of Twitch.”

There were some more traditional pieces, too, like billboards in Chicago talking about “us versus the competition, to the world of our influencers,” he added. And things like pulsing out mobile offers, which Wendy's did in November by offering a free Breakfast Baconator with purchase via its mobile app.

“We have great products within this world of breakfast. We know that they’re better than the competition,” Loredo said. “We just got to make sure that everyone knows about them and are motivated to get going.”

Moving into 2021, Wendy’s has plenty of room for innovation. Loredo wouldn’t share menu specifics only to say a “spice up” was in the works.

“Across the gamut, from beverages to the sandwiches that we’re creating to the sides, etc., you’re seeing more and more in the marketplace people talking about how they need to drive simplification, and that’s important,” Loredo said. “But for us, it all goes back to why did Dave start Wendy’s? And it was because there were mediocre options out there and he said you know what, I’m going to create a brand and a restaurant that’s all about creating the food that you deserve.”