Inside Moe's Quest for a Chief Taco Officer

For the off-beat Mexican chain, it's all about the message.
Web Exclusives | May 10, 2018 | Bryan Reesman

Moe's is finding creative new ways to share its ingredients story with consumers.

When asked how long the idea of a “Chief Taco Officer” has been an in-joke at the headquarters of Moe’s Southwest Grill, senior social media manager Victoria Nielsen replies, “Not as long as you would think. It's only been a little while, but we're pretty excited about it.” Indeed the company is using this entirely social media-based competition, open specifically to loyalty program members, to find this “CTO” and generate further excitement for the brand. Next: Use a planned “Taco Tour” across America to create a healthy social media buzz.

The timing is ideal. Moe’s president Bruce Schroder says Mexican is now the second biggest food category in the U.S. behind those ever-popular burgers, and Americans consume 4.5 billion tacos per year. Naturally, that is good news for Moe’s. He adds that over the last couple of years “competitive circumstances,” like the CTO search, have often allowed Moe’s to conduct food tours to promote new offerings across the country by bringing its food directly to people and interacting with fans face-to-face. Moe’s has found these guests to be very engaged with its brand.

“We sell a lot of burritos, but tacos are a real important part of us,” Schroder says. “So we wanted to do things a little bit differently to bring attention to an under leveraged part of our business.”

“I think the reason that this campaign has been so successful is that we treat our friends like our friends,” Nielsen says. “We talk to them like we would talk to anybody else, and I think they really appreciate that. We love the brand as much as they do, and so I think they know that we're listening to them and that we want to take them along this journey with us. We don't want to talk at them, we want to talk with them.”

Moe’s received 270 entries for the CTO contest, the first round of which began on April 3 and ended April 20, and it is internally trimming those down to its top “Three Amigos” who were announced May 7. The chain will turn over those finalists to social media and let Moe’s fans pick the Chief Taco Officer by May 14, with the winner being announced on May 21.

Nielsen says what contenders chose to submit was quite varied: Haikus, videos, long posts, even some actual resumes. “A lot of the entries that we've gotten are from loyal friends that live and breathe the brand,” Nielsen says. “They've been with us in the beginning and they're just as excited as we are, so we think that's just such a natural fit.” She notes that Moe’s seeks to involve its fans in its business, including one previous contest where the winner came to company headquarters to go behind the scenes of day-to-day operations. 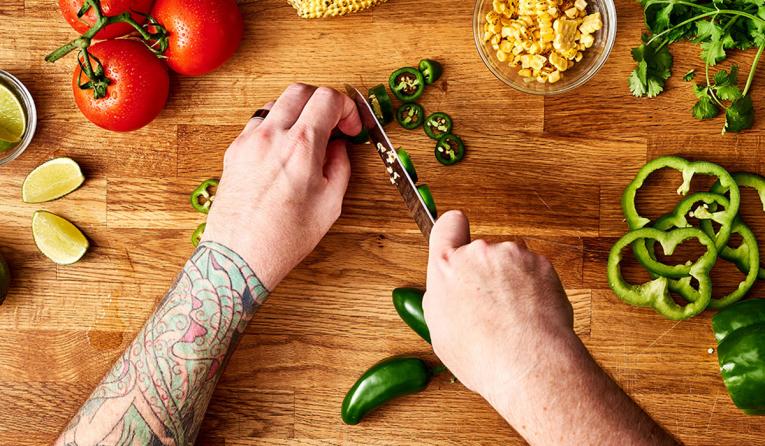 Moe's fresh preparation techniques are at the forefront of its events.

The soon-to-be-elected Chef Taco Officer will join members of the Moe’s team on an all expenses paid, 12-city tour of the U.S., which begins June 1 in Atlanta. “It'll ultimately be in the shape of a three to reinforce Three Amigos,” Schroder says. “As we go city to city, we’ll go to places of interest. One of the great side benefits about these tours is we get such great content.”

“The CTO will be riding shotgun the whole time in that food truck, so we'll have Go Pros inside kind of catching all the action,” adds Nielsen, “and taking lots of different footage along the way, different content opportunities, as well as passing out tacos to the people.” (Kissing babies is optional). Further, the CTO will receive a $1,000 “fun budget” for whatever extracurricular activities they want to engage in throughout the cross-country trek.

One other aspect of the tour will be the CTO’s ability to run Moe’s social media accounts. “They are going to be posting from the Taco Tour—posting selfies and behind the scenes,” Nielsen says. “We want to show the world that we've got nothing to hide. We're happy to have our CTO take over our social channels.”

The Taco Tour is one of the promotions allowing Moe’s to show off its latest innovations. Schroder mentions that while a strong benefit for their customers is to be able to customize their entrée, “in some cases people aren't the greatest at culinary creation, and it doesn't always turn out the way they planned.” To that end, they are doing two things. One is looking at more chef-build items. “Basically you can have it your way or you can have it Moe’s way,” Schroder says. “We’re going to get more active in curating our menu for folks so they can get to the craveability of what we have to offer. The other thing is ‘southwest’ has always been in our name, and these [new] tacos are more street taco-like, so we're beginning to move in the direction of making a culinary specialization towards the southwest.” 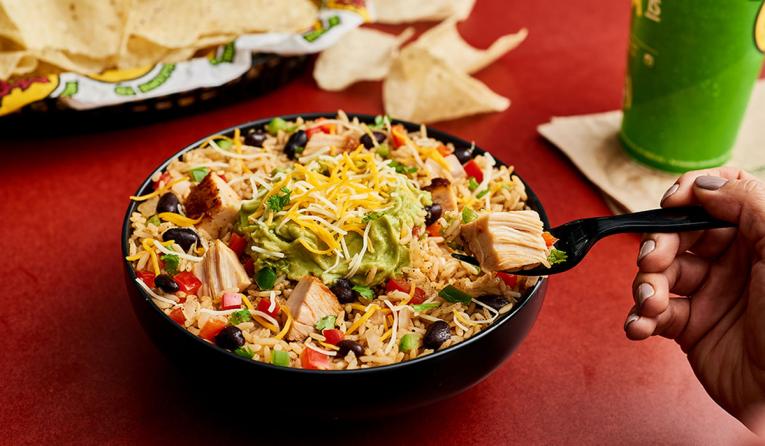 Since 2015, Moe’s has grown its social media follower base by about 40 percent, and within the last year it has increased impressions year-over-year by 158 percent.

While Nielsen acknowledges that the company has always known how passionate its followers are, she did not realize how creative they can also be. She has been very excited to see what lengths people went to for the contest.

“We had quite a few rap songs—some good, some better than others,” Nielsen says. “Even with their video editing skills, some people went above and beyond to really show us why they should be the CTO. You had to be a loyalty member to enter the contest, so I saw lots of people showing how many times they've been to Moe’s in the last year and their favorite locations. I always knew we had passionate, loyal fans, but this really just reiterated how passionate and loyal they are. And that they have been with us for the last 18 years, that they come pretty regularly, and that they love that we take their opinion into account.”

Since 2015, Nielsen says, Moe’s has grown its follower base by about 40 percent, and within the last year it has increased impressions year-over-year by 158 percent. That is a mix of paid and earned media, and she says the chain has increased the conversation around the brand due to interactive promotions like the CTO search. Younger fans tend to migrate to Instagram—people love to post pictures of their food, and Moe’s likes to give shoutouts and credit for its food photos—while older followers congregate on Facebook.

“We’re talking to both groups, and they're very avid with their feedback,” Nielsen says. “We appreciate that.”