When John Lowe left a leadership gig at General Electric in July 2009 to join Jeni’s Splendid Ice Creams, he knew the upstart would run out of cash by February. So he started learning how to sell to retailers. On the positive side, Lowe didn’t need any convincing. He left a $14 billion P&L at GE for a brand with only four shops and $1 million in annual revenue.

It was a hook that began, in some respects, 12 year earlier at Short North Tavern in Columbus, Ohio. Lowe walked in and struck up conversation with Charly Bauer, who was sitting alone, reading The New Yorker.

Lowe jokes he became “the third wheel” as Charly and Jeni married and started to build their dream. For Jeni, it began while studying art at Ohio State University. She dropped out and opened her first shop, Scream, in Columbus’ North Market, selling a different flavor each day. After closing, Jeni regularly received requests to try again. Charly saved up $1,200 and bought an Italian table-top machine he stored in Lowe’s apartment. As Lowe says, he set up the company in return for a pint of Salty Caramel ice cream and a beer. But he had no clue he’d ever join, let alone helm the operation, which opened again as Jeni’s in 2002, for 13 years.

Lowe, who announced Monday he’s stepping away from the business, exits a brand that now boasts 67 stores from Philadelphia to Los Angeles, 1,400 employees, and plans to open 15–20 locations in 2022. Yearly revenue exceeds $100 million and is scaling at a 30 percent compound annual growth rate (CAGR).

He isn’t sure what’s next, or if it’ll involve restaurants (Lowe sits on White Castle’s board as well). Lowe plans to stick around and recruit his successor and will remain on Jeni’s board. Yet he’s comfortable saying the brand is “flying high” as he leaves.

And it’s a journey that took some convincing. When Jeni’s had four stores, they called Lowe late one night and asked him to come back to Columbus to serve as CEO. He was living in Cincinnati in his fourth house in four years. The financial crisis was pressing on Lowe and he was often gone for long stretches. He told his wife they could move to Columbus and not leave for 20 years. It sounded like a plan, she agreed.

Initially, though, Lowe said no to his friends at Jeni’s. He wasn’t sure the brand had enough income to pay his salary. “Yet I just couldn’t get it out of my head that I thought it was an opportunity,” Lowe says.

Additionally, this was one leadership group he was “comfortable betting it all with.”

Those days, Jeni’s had a website, the four shops, and had started shipping fishing coolers of ice cream to customers.

Lowe worked full days at GE and, in the afternoon, jumped in his car and drove to Columbus to spend as much time with Charly and Jeni as possible. He wanted to know what worked in the business and whether or not there was enough to believe in. Jeni’s opened its fifth scoop shop in Dublin, Ohio, during that span. 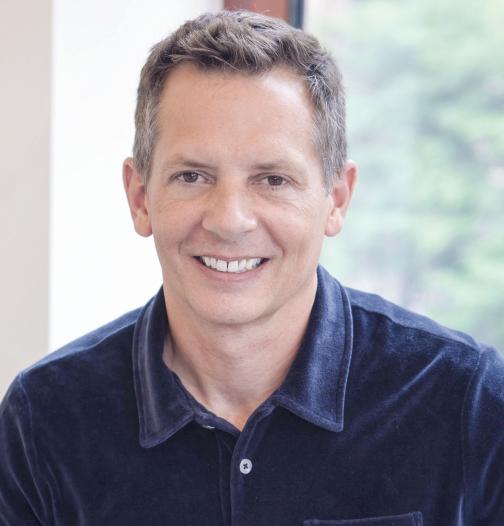 Dublin is an affluent suburb of Columbus with about 50,000 residents. Lines of guests stretched through the door from the outset, and it seemed as though the store was going to cut it. “I felt like if it worked in Dublin, Ohio, then we can find other Dublin, Ohios across the country,” Lowe recalls.

Then, the brand got a call from Brooklyn’s Foragers Market, a gourmet grocer that’s since closed and moved to Manhattan’s Chelsea neighborhood.

They wanted to sell Jeni’s pints. Could the company ship them in bulk like they did individually to consumers?

That’s when Lowe picked up the phone. His first order of business in July 2009 was to stop letting organic interest solely knock on Jeni’s door. Lowe started making outbound calls and trying to get pints on high-end shelves.

At first, he says, retailers were resistant to Jeni’s $10 price point—a reflection of the brand’s high COGs and its direct shipping. “They’d say $10? Nobody is going to pay $10 for a pint of ice cream,” Lowe says.

The early white whale, so to speak, was Dean & DeLuca. Lowe figured if Jeni’s could get into the iconic purveyor’s stores it could use the point as a badge to entice others. “We started every other conversation with, ‘we’re carried at Dean & DeLuca. We’d like to be carried by you as well,” Lowe says.

Jeni’s took off after that. Reshipments flowed and the brand hired a sales lead to answer and return calls Lowe no longer could. That employee is still with Jeni’s today.

Lowe and the team turned attention to scoop shops themselves—what the layout should look like, how big the freezer needed to be, how many dipping cabinets each had to include. Ultimately, Jeni’s landed on three formats: a small, 400-square-foot model built for food halls; an inline street retail design fit for neighborhoods, like Chicago’s West Loop; and a unit ready for lifestyle centers. “We kept building the team with people who had experience in their particular area of expertise who were smarter about those things than Jeni or I, or Charly. Gradually over time we kept figuring out a model that worked,” Lowe says.

In 2013, Lowe led the company’s initial effort to become a Certified B corporation, opening the brand to an audit to meet B Lab’s “highest standards of verified social and environmental performance, transparency, and accountability.”

Creating and fostering culture has been one of Lowe’s consistent aims. This includes “Jeni’s Sabbatical Program,” where all employees earn one month of paid-time off for every three years on the job. Essentially, if you stick around three years, you get 30 days to disconnect and disengage from the business. Three years later, you can do it all over again. 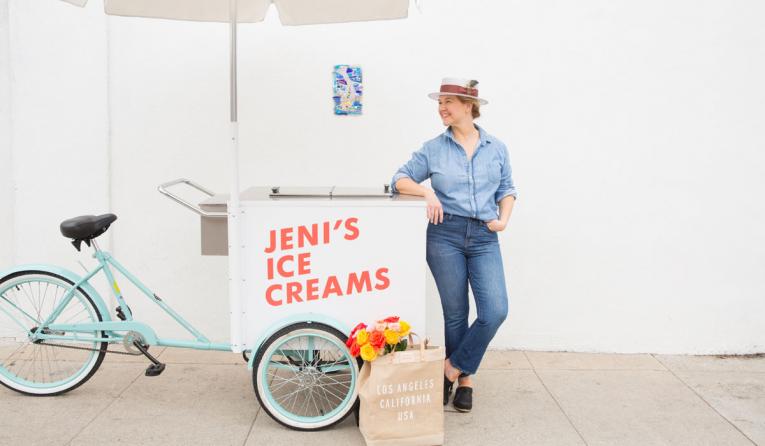 As founder and chief creative officer, Jeni remains the face of the brand.

Lowe says Jeni’s conceptualized the program as a counter to market conditions. The brand couldn’t pay what some employees could earn elsewhere. And it wanted a program that would stand out, not cost the company as much as broadly lifting wages, and also carry an ancillary benefit he believed would sustain Jeni’s over the years.

Sabbaticals, he says, force leaders to train employees on their job duties, and to stay in the details of direct reports. “It has been great for us,” Lowe says, “because as we were trying to scale quickly, I would emphasize to our team, everybody’s job needed to change significantly every six months. And leaders really needed to elevate and get their team to do the job they were doing about every six months.”

Jeni’s would host company lunches when employees returned as share sessions. People stood up and presented pictures, told their stories. “It was a wonderful way for all of us to experience the fun and joy that team members got to experience,” Lowe says. “And it was an amazing retention tool for us.”

Lowe was actually considering retirement pre-COVID-19. But the pandemic put blinders on, he says. Any future plans were shelved in favor of navigating crisis tasks.

Lowe held a series of 7 p.m. fireside chats early on and tried to keep culture intact via Zoom events where employees played games and hung out. “We tried to keep a social avenue for our team members, many of whom are early career, live alone, and could otherwise be quite lonely,” he says. “And I think all of that has paid off in spades with our team staying together through this.”

Jeni’s managed to keep stores open the “vast majority” of the time. During pandemic depths, it still served customers via UberEats and through direct, local delivery on its website.

It even asked home office employees to head over to its fulfillment center and, sitting 10 feet apart, make boxes to enable Jeni’s B2C business to thrive. “We did it because the business needed it,” Lowe said. “But it felt fantastic. We missed each other and we were able to have some social [time] and some fun together while really helping the business.”

Over the years, the company webbed out internally as it grew. Lowe created “Force for Good” to drive and support anti-racism efforts. Jeni’s leadership team today is split 50/50 along gender lines, while the headquarters staff is 67 percent female and the total company staff is 63 percent female.

“I’m proud of what a small group of people worked hard to build something bigger than themselves,” Lowe says.

How Sweet Chick Evolved into a Growth-Ready Fast Casual
A New, Transformational Era Begins at BurgerFi
Is a Recession Coming for Restaurants?