The Chinese food market has a massive customer base in America, with over 46,000 Chinese restaurants in the U.S. and consumers habitually used to eating Chinese-American cuisine. On top of stability, that means there is viability for innovation, which is where Junzi Kitchen comes in. Founded in 2015 by four Yale students—they say “incubated at Yale Entrepreneurial Institute” on their website—the food the chain offers is not your grandparents' Chinese-American fare, nor your parents'. In fact, it's probably not yours, either.

“The fun thing about Junzi is that most of us who teamed up together didn't have a restaurant background,” says Junzi Kitchen chef and culinary director Lucas Sin. “We were all students. Yong was doing his PhD in environmental science. One of our co-founders Ming Bai was doing her MFA. Another co-founder [Wanting Zhang] was studying environmental law. I was an undergrad at school.” During his high school years in Hong Kong, Sin opened a restaurant in an abandoned newspaper factory, then later did pop-ups at Yale by request.

“We all needed to figure out how to build the restaurant that we think would have the greatest impact,” Sin says. “ We really knew that community in New Haven, and we knew that we wanted to start building our brand in a place that we felt comfortable. That's how we started in New Haven, and it was good. Then we moved down to more college locations here in New York.”

Junzi currently has four locations: New Haven, Connecticut (opened in 2015), Morningside Heights in Queens (2017), Greenwich Village in Manhattan (2018), and now Bryant Park in Manhattan (May 2019). The latter location is changing up the mix on the menu side.

“We tweaked a couple of things back of house,” Sin says. “We've adjusted our recipes and added some new side dishes to the menu well as a couple of our destination teas—cold brew teas from specific regions of China. We've placed a large emphasis on dishes that the chef has built instead of a build-your-own approach.” 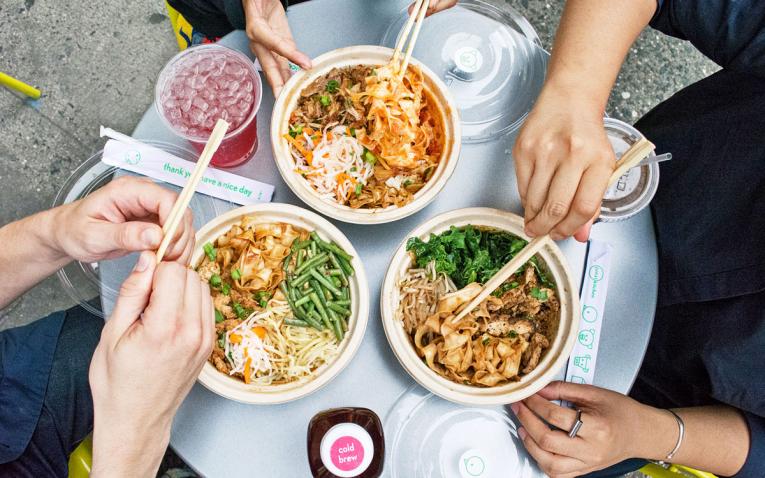 Junzi Kitchen first wants to take over New York City. Then, state-to-state expansion could be in the works.

New Junzi Kitchen offerings in Bryant Park include its furu sesame noodle bowl, which updates its sesame sauce with a new recipe. The brand also has a new chicken that is marinated in fresh ginger and scallion sauce. Then there is buddha's palm, a new spring vegetable lightly served with white pepper and finished off with a little bit of cucumber and scallion. “We're aiming more for homestyle cooking, like the type of Chinese food that we used to eat every single day,” Sin says. “That's the type of food we want to serve at Bryant Park.”

Sin says that from the beginning, Junzi Kitchen was presenting types of food not as well known in America. It began with northern Chinese cuisine, which he says is primarily based off of grains like wheat instead of rice. “We make bings which are flour and water based, like condensed flour and water,” Sin says. “That's the core of a lot of the things that we serve here.”

While take-out and fast-food Chinese is very common in America, Junzi Kitchen aspires to take the model to a higher level. Sin says the focus is on regional Chinese food. “If one of our Chinese guests came into our restaurant and ate our food, we would want them to feel some degree of nostalgia,” he says. “'This is exactly how it is at home.' Or, 'These remind me of favorites that my mom would have made.' It's just simple, straightforward cooking that's authentic to how you grew up—a lot of vegetables, not too much seasoning, not too much salt or sugar, that type of thing.”

In the way many Thai restaurants in America are becoming more regional in the food that they present, Sin says, so too are Chinese restaurants in New York cooking more specifically to certain regions. “They're not giving it up just to play to customers' tastes,” he says. “They're trying to authentically represent who they are.”

Junzi Kitchen CEO Yong Zhao adds, “The original influx of new-generation Chinese immigrants brought a lot of new culture and new ideas. A lot of people grew up with their own food regionally, but also they'd been through the experiences in China. Their experience from their childhood to right now changed so much. In the 80s or 90s, the food in China was not as developed as it is today.” 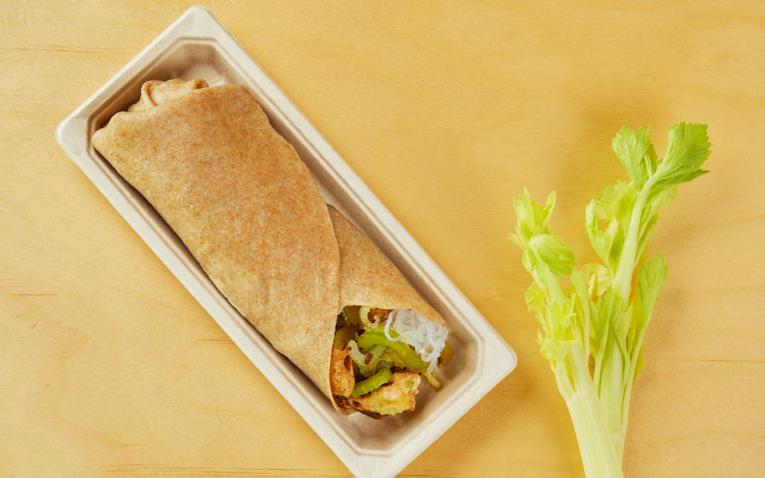 Is regional Chinese food the next boom?

Zhao feels that Chinese food in America retained the 80s or 90s menus that people here have become accustomed to. Zhao thinks that many changes are going to transpire because of all the new ideas coming in from China today.

“The Chinese food market is very interesting from two forces,” Zhao says. “On the supply side, there are traditional Chinese restaurant owners who operate the takeout places or more sit-down places. They are retiring in the next 10 years because the majority of these influx restaurant owners came in the 90s. Right now it's time for them to retire. Their son or daughter will not take over. That's a huge amount of suppliers in the market.”

Then there is the demand side. Zhao says that one-third of international students in American schools are from China, “so all of these highly educated Chinese students came in as a major immigration pattern changed. They will start occupying U.S. corporate locations in the big cities. These people have more experiences and are more sophisticated about food, and they're not going to be satisfied with traditional American-Chinese take-out. They do not even consider this to be authentic Chinese food anymore. These people will become influencers and become the foundation of the brand.”

Zhao invokes Xi'an Famous Foods in New York. He says that when it opened, 80 percent of its customers lining up were Chinese students craving something new. “I think that foundation will provide a viability for new types of restaurants and cuisines,” Zhao says. “You will have a curious American audience that will hop in and see what's good about it.”

Over the next few years, Junzi Kitchen seeks to become one of the most iconic Chinese food brands in New York City. After that direct major goal step is achieved, it feels that it will be in a good position to expand to other American cities and even globally, in the way that Shake Shack or Sweetgreen has. (Last year, Vogue proclaimed that Junzi Kitchen “just might become the Sweetgreen of Chinese food.” 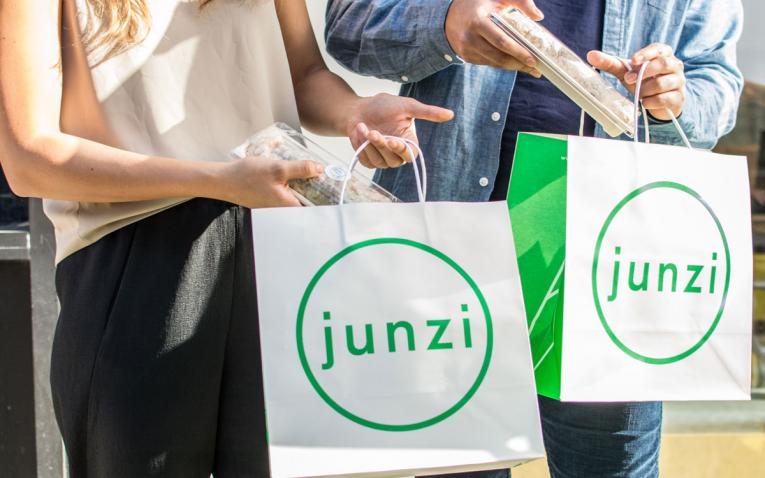 Junzi Kitchen is well positioned to take advantage of the to-go craze.

“Younger people are more traveled and cultured, so they want something real,” Zhao says. “They prefer something more interesting or even international. Right now, Chinese food is very much a fragmented market.” He points out that in the top 200 American chain restaurants, only three brands of Chinese food appear: Panda Express, PF Chang's, and Pei Wei Asian Kitchen.

“All these brands started in the 80s and 90s, and their food is already seen as being more identified as Americanized Chinese food,” Zhao says. “There are no new brands right now happening. It's not well represented in the marketplace. Chinese is really fragmented, and a number of restaurateurs are going to retire in the next five to 10 years. That's where we're going to see that market potential and wide space. But to do that you have to really understand two things: How to operate without Chinese labor, and how to make the right content and authentic in the culture without Chinese labor. Those two parts are very hard to achieve at the same time.”

Junzi's CEO says they have a potential market for many new product developments, “especially trying to figure out the new model that can stay away from dependency on Chinese labor and operators,” he says, “and make Chinese food more authentic and culturally more interesting for the future as a real brand that way. That is the reverse process from the Americanization of Chinese restaurants to the Chinesification of American restaurants.”