Marco's Stakes its Claim in the Pizza Wars

Marco's expects to hit 1,000 locations by the summer.

With 40 years of history and 900-plus locations, it’s hard to call Marco’s Pizza a challenger brand. But it's eager to take on the top players in one of the most crowded and growth-driven segments in foodservice. The ultimate goal: become the fourth largest pizza chain in America. As of last year, that spot belonged to Papa John’s and its 3,337 domestic locations. Little Caesars is roughly 1,000 locations ahead in third, while Pizza Hut (7,522) and Domino’s (5,876) sit No. 1 and 2, respectively, by a wide margin. Also in front of Marco’s is Papa Murphy’s with 1,400 or so restaurants.

Marco’s is coming on strong. In 2019, it expects to debut a new restaurant every three or four days. The major milestone up first is 1,000 locations, a mark the chain believes it can hit by summer. And when late 2020 arrives, Marco’s said there will be 1,500 of its restaurants nationwide.

This represents an impressively quick march to the frontlines of the pizza wars. When current CEO Jack Butorac came on board as a consultant in 2004, Marco’s had 126 stores across three states and was the 26th largest pizza chain in the U.S. Last year, it opened 95 restaurants and had 911 total as of January 21. It’s jumped 20 spots in the pizza rankings.

Marco’s wants to double that yearly growth rate in 2019.

Late last year, Marco’s announced the promotion of Ron Stilwell to chief development officer. The 35-year industry veteran, who clocked time at Taco Bell, Kahala Corp., Peter Piper Pizza, and Red Robin, was an area representative and franchisee at Marco’s, and a consultant with the company before that. He built six locations over the past two years and saw the chain’s growth prospects first-hand.

Coming from an area representative post also helped Stilwell really calculate the details and projections. Being internal and familiar erased the ramp-up time an outside hire may have required as well. Both were key factors for Marco’s executive team when making the hire, especially as it dials up rapid expansion. The brand wanted an accelerator at the controls, not a roadblock. “I came in with a well-rounded background in working with these franchisees,” he says. “One, I’ve done what they’ve done—it lends a lot of credibility to the job. Two, it also helps me understand what they’re going through and some of the obstacles they may be facing.” 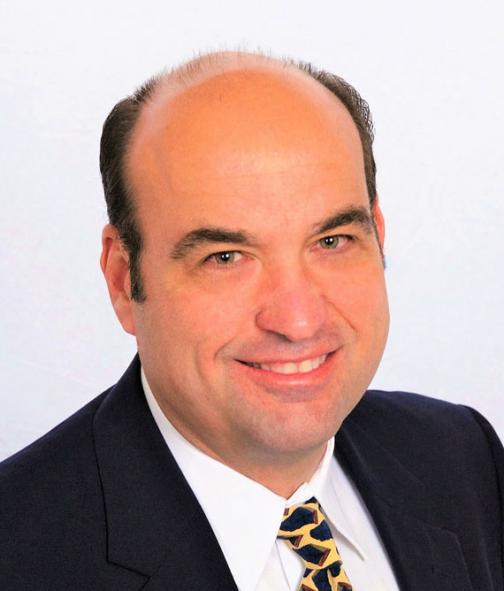 As expansion progresses, Marco’s is looking at a couple of key igniters.

Firstly, Stilwell is adjusting the path to get there. Marco’s is looking for multi-unit, multi-brand franchisees to fuel growth. People who might own other concepts but are struggling, or not growing. Or perhaps operators locked out of territories seeking additional runway with a different brand.

In the past, Marco’s growth mostly came from a single-vehicle growth model, which was expansion through its area-development community. Marco’s recently instituted a four-pronged model for growth that’s new for 2019.
One is still expanding through those area developers. Currently, there are 50 developing in 50 territories around the country.

Second is a ramp up of growth efforts through a more traditional franchise model, which Marco’s hasn’t done before. This involves selling franchise territories in areas where it doesn’t have area representatives. Marco’s has a vice president of non-area representative restaurants, Keith Sizemore, whose official title is VP of new territory development.

Lastly, Marco’s is looking to increase its points of distribution around the country, Stilwell says.

To date, there are traditional units and some non-traditional outlets. The latter option is ready for take off, he says. Marco’s has an arena location in Colorado at the Pepsi Center. More are coming. The chain recently opened in a couple of hotels and is working toward setting up agreements with Aramark and Sodexo so it can target campus expansion.

If you just look at the map, Marco’s hasn’t come close to flooding the marketplace. It’s a far cry from, say, Domino’s and its clustered locations that cut down on delivery times. (Although worth noting that Domino’s isn’t anywhere near done growing, either). Looking at the graph below, you can see how Marco’s footprint west of Texas is wide open, especially in California. Even east, there aren’t any stores in New England or New York. 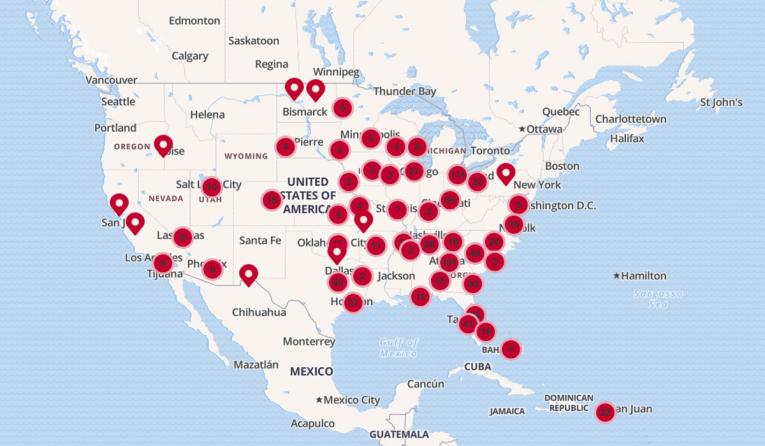 “The reality is we’re not saturated yet,” Stilwell says. “So if people are interested in getting with a well-established, 40-year-old brand—not something that’s new and unproven, we’ve got lots of territory available for them to grow in.”

Specifically in California, Marco’s is developing the central part of the state and starting to open in Southern California. It’s just now breaking into LA, Stilwell adds. Idaho was a new market last year and is a major target.

Georgia. Oklahoma. Louisiana. Texas. Marco’s plans to fill out the Southwest region in the near future.

As for what’s helping the brand stand out, beyond potential, Stilwell says Marco’s differs from competitors in what it offers. “We really feel that we’re going to be a pizza chain first and technology second. Because the pizza is why the people are coming to Marco’s,” he says.

Marco’s claims it’s the only top 10 pizza chain founded by an Italian immigrant. Italian-born Pasquale Giammarco debuted Marco’s in 1978. It uses a fresh three-cheese blend and makes dough in store, every day. The sauce, also made fresh, hasn’t changed its recipe in four decades.

These traits inspired Marco’s “Primo” advertising campaign, which launched in August to celebrate its 40-year anniversary. It followed the introduction of a new brand promise, “Hello Primo,” meant to reinforce the chain’s roots. The simple notion being that Marco’s would take its Italian heritage and put it into its products.

There are some technology changes taking hold as well. In 2018, Marco’s rolled out a new POS system that’s now live systemwide. There used to be two platforms. The change allowed Marco’s to create an app that’s launching in the near future. It also invested in a fresh website and mobile experience that betters the ordering process.

Another change was a menuboard system that could be downloaded and controlled at corporate. Marco’s now receives instant customer feedback.

Additionally, Kiosks are in the works, although Marco’s picks up most of its orders via phone or digital ordering and will continue to invest mainly in those channels.

At the end of 2017, 825 of Marco’s 867 restaurants were franchised. That split won’t narrow anytime soon, Stilwell says, although it highlights another unique area of Marco’s business. Unlike many franchisor systems, Marco’s has no issue with its corporate team owning and running franchises. Sizemore, for instance, has two. “We have a completely different philosophy,” Stilwell says. “And what’s nice is that when the executive team and the support staff are franchisees themselves, it means we’re really all focused on the franchise system, which is another big strength to this company.” 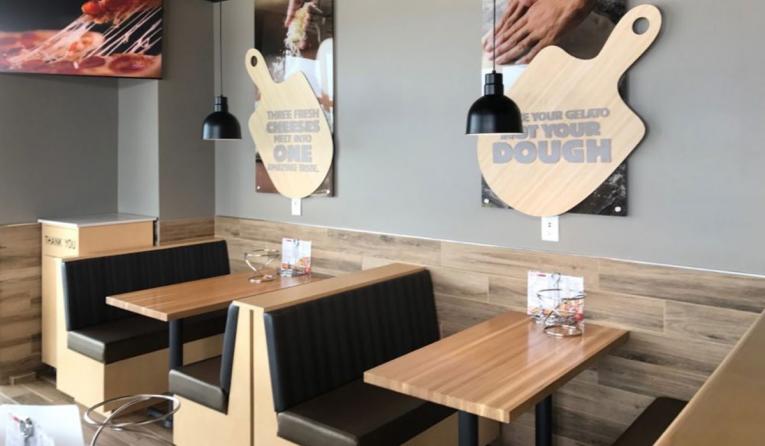 Marco's Milan design has rolled out over the past two years.

One of the biggest innovations has been a restructure of Marco’s franchise development department that will incorporate ideas for labor savings, new store design, and value engineering. Even with stainless steel and new tariffs, Stilwell says, Marco’s has been able to trim costs already, and hopes to shave $100,000 off building brand-new units. But at the same time, keeping the key elements of the “Milan” design that rolled out in the past two years.

All of these changes, including the development of streamlined systems to help franchisees build multiple stores and take weeks out of the development timeline, will set Marco’s up for its immediate goal—1,000 stores—and keep it barreling toward the big one.

“That’s where we’re heading,” Stilwell says. “We’re a stable, 40-year-old brand. And we’re not one of the new brands that have just popped up. But we also have plenty of room to grow.”