The fast casual is ready to aggressively expand in Florida and beyond.
Web Exclusives | March 29, 2018 | Larry Bernstein

Huey Magoo's has seven Orlando franchises, with more on the way.

What, don't know Andy Howard? Howard, president and CEO of Huey Magoo's, can call any chicken guy in America, and they'll take his call. No surprise since he has interacted with all of them in his more than 35 years in the chicken business. During that time, he's been in chicken restaurants that have sold every part of the bird other than its feet.

Growing up in Miami Beach, Howard graduated with a degree in marketing. After a brief stint in banking, Howard jumped at the opportunity to work at a Wendy's franchise that a friend owned. By the time the franchise was sold, Howard came to realize how much he loved the restaurant business. From there, he went to work for Kenny Rogers Roasters, thus beginning his distinguished career in the chicken business. Currently, along with former Wingstop partners, he’s one of the new owners of Huey Magoo's, an exciting Florida-based franchise with aggressive expansion plans.

Howard has the chicken smarts to help the seven-unit concept take flight in the coming months and years. Over the course of his career, Howard has focused on the whole bird in different stops. And it all started at Kenny Rogers, where he specialized in wood fired rotisserie chicken—stop No. 1 around the bird.

As Howard rose up the ranks and eventually became a senior vice president at Kenny Rogers, he met a number of people in the chicken industry, including George Naddaff, owner of Ranch One. "I loved the brand and decided to join George,” he says. At Ranch One, Howard focused on chicken breast—stop No. 2 around the bird. While working at Ranch One, Howard got to wear many hats at a senior level including: marketing, development, purchasing, and research and development. 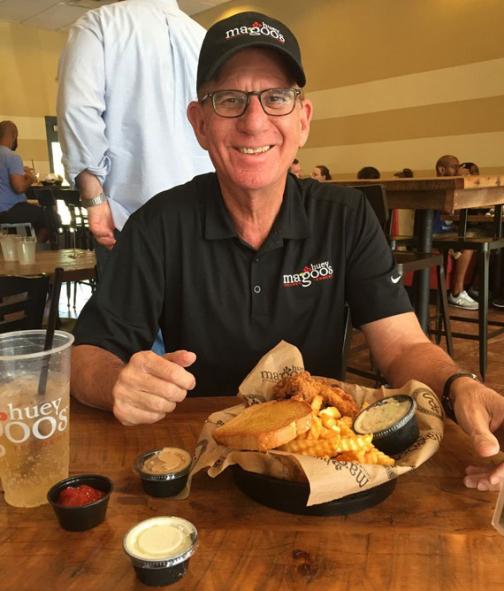 Another chain focusing on chicken was starting to grow: Wingstop. As evidenced by the name, Wingstop's sole focus was on the chicken wing. When the guys from Wingstop tried to convince Howard to consider joining them, he was skeptical. "I wondered—that's it? Just the wing? How can you build an entire chain around the wing?" After he was finally convinced to visit Dallas and check out the chain, he saw lines of people around the building.

Howard spent 10 years working for Wingstop. During Howard's tenure, the chain grew from about 80 stores to more than 600 when he left (over 1,000 today). Tremendous growth also brought challenges. With the popularity of wings skyrocketing, the price of the product was also ballooning. Howard was concerned/ "When I said we have to do something and asked about other parts of the chicken, I almost lost my job," he says.

Eventually, Howard's colleagues came around and asked what he had in mind. His idea to widen the menu and include other parts of the chicken was ultimately adapted. Sales of the other chicken parts took off to where they became nearly equal to the wings. "Boneless put us in front of a whole new segment of people and was the ultimate win-win. It drove top-line sales and reduced the bottom line," Howard says.

With this success, Howard could have finished his career with Wingstop. However, he grew tired of traveling to Dallas from Florida every week and felt it was "time to get off the plane." Yet, Howard was not done with the chicken business.

"The Chicken Expert" was determined to find a chicken tender concept. Howard scoured the country for a chicken tender, "eating everyone I could find." Once he found the right chicken tender, he was going to start his own project or buy a small emerging chain near his home in Fort Laurderdale. It was at this point that Howard came across Huey Magoo's. After meeting with the owners, he along with some partners from Wingstop, bought majority control of Huey Magoo's.

At Huey Magoo's, the fast casual focuses on chicken tenders or the tenderloin—stop No. 4 around the bird. The chicken tenders are always fresh (steroid and hormone free) and are served hand-breaded and made to order or grilled which we marinate for 24 hours. Howard says of the tenders, "They're the best in the country. When I'm away from the restaurants, I can't wait to get back and have the food." While Howard is admittedly biased, Huey Magoo's was voted best Fried Chicken in Florida, according to Yahoo News. 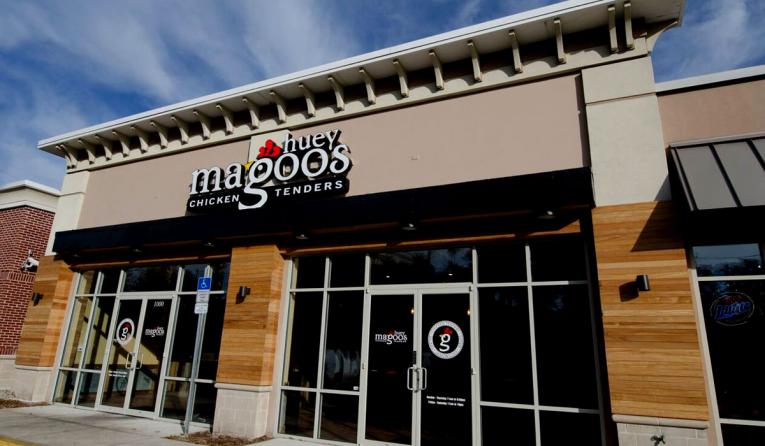 Huey Magoo's has focused on strip-mall growth so far. 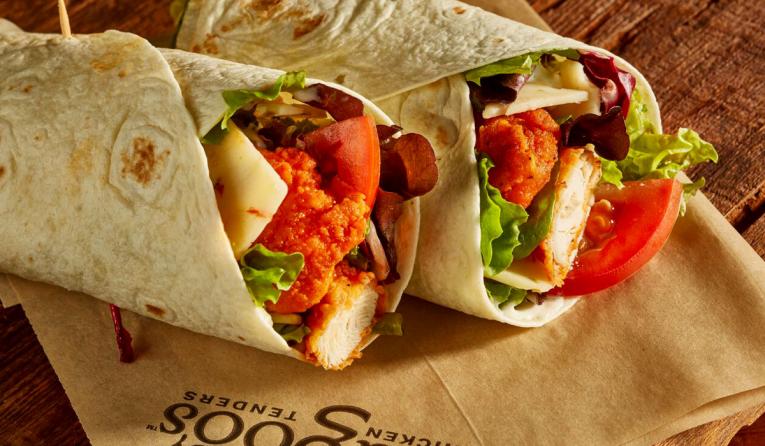 At Huey Magoo's, the focus is on chicken tenders.

The franchise also looks to give back in a variety of ways. They host “A Very Magoo’s Christmas” every year and proceeds are donated to a local charity. They have a variety of special days, such as Veterans Day, Law Enforcement Day, Teachers Appreciation Day, and Nurses Appreciation Day, where free meals are given to those who are part of the special group.

Currently, all seven Huey Magoo's franchises are in Orlando. Each one is about 1,800–2,200 square feet and is in a strip mall location (one is on a college campus, and is run by Aramark). Three more franchises are opening this year, including one in Daytona Beach. The company is looking to aggressively expand and get into other parts of Florida and beyond. "We want to pick quality franchisees and make sure they love Huey Magoo’s as much as I do, have the drive and passion, and give over-the-top hospitality to every one of our customers," Howard says.

For Howard, chicken is not something he simply does at work. When out with his wife and friends, if someone orders chicken, Howard will quiz the waiter/waitress who typically defers to the owner. Upon meeting the owner, Howard will often ask to see the kitchen. The Chicken Expert is always inquisitive and interested in learning about the tasty bird that he's made a career off of.

The Restaurant Revitalization Fund: A Primer
Advice for the ‘New Restaurateurs’ of a Post-Pandemic World
Using Twitter to Learn What Customers Want

Coronavirus Updates: What Restaurants Need to Know
Why 'Host Kitchens' are the Next Big COVID Trend
How Restaurants Can Protect Workers, Guests, and Brands as Hiring Ramps Up