The Melt Storms Back with New Menu, Mantra

To pay for a new menu, The Melt underwent a 25 percent price increase. And it's paid off.

Tech mogul Jonathan Kaplan, known for the Flip Video camera, had high hopes in 2011 when he launched his new venture, a San Francisco-based grilled cheese sandwich chain called The Melt.

The confidence was to the tune of 500 company-owned units in the next five years. Time passed, and after a little more than a dozen stores across California, Texas, and Colorado, sales became flat.

Ralph Bower, former CEO of Pei Wei and president of Popeyes, joined the company in 2016 to help right the ship. Bower says it started with meeting his teams and asking two key questions—“What do you hope I change,” and “What do you hope I don’t change.” The same inquiries were posed to every customer in the brand’s database. It resulted in more than 1,100 responses, and The Melt recorded each of them.

The next step was simply doing what the customers asked. That started with delivering what the company calls an “I love it here” experience beginning in the summer of 2018. The phrase set the tone for how the company wanted to redefine itself.

“We try not to make it complicated. And as I mentioned, we’re not prescriptive, but our teams understand what the goal is and they’re all trying to deliver that experience that’s so great that the guest says ‘I love it here,’” Bower says. “It makes a big difference. I think what’s been very powerful is that all of our teams are truly aligned around that and they talk about it every day and we try to reward people who do good jobs with that and it’s really been exciting in the restaurants.

“ … It’s not just transactional. It’s not just trying to get food across the counter. It’s about trying to deliver an experience so great that the guest says ‘I love it here’ when they leave. I think that’s been a big part of it.”

Under the umbrella of that catchphrase came a revamped menu where virtually everything was changed—and Bower means that quite literally. New recipes, bread, buns, fries, and items were introduced, including the company’s current No. 1 seller, the Meltburger. The menu shift was combined with a change in real estate strategy. The Melt pulled out of Texas and Colorado and focused on California. 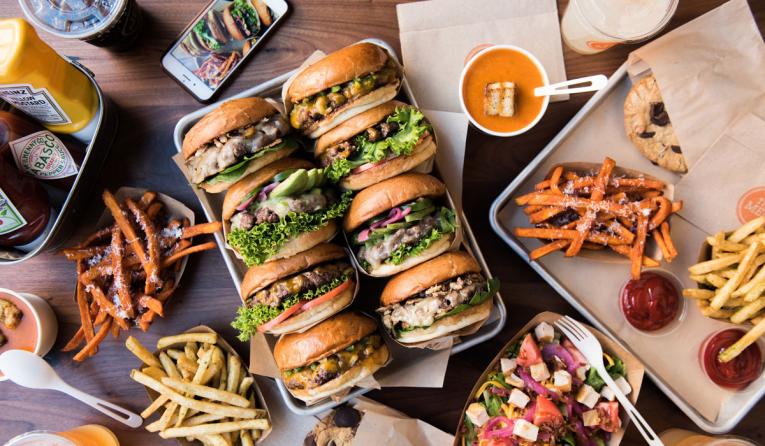 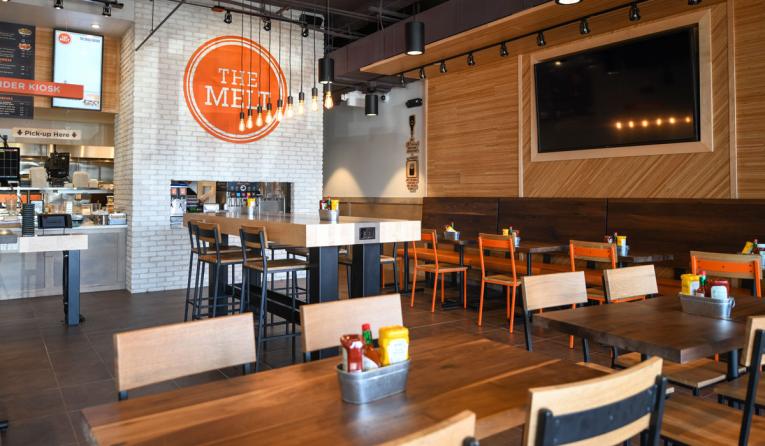 Soon after, the chain experienced the biggest turnaround Bower says he’s witnessed in his 30-year career. The Melt saw 88 consecutive weeks of positive same-store sales, with 40 of those weeks being greater than 20 percent. Comp sales were up almost 17 percent in 2019, with a two-year stack of 30.4 percent. The average weekly unit sales were $30,000, more than double from two years ago. The chain now operates seven stores, less than half of what it had prior to the turnaround.

Bower says the menu changes weren’t the result of a culinary epiphany. It came from customers who said the food was good, but not unique. In response, the CEO and his team set a goal to create the best burger in California. Bower was inspired by a visit to Brooklyn where he tasted a chopped cheese sandwich. He wondered what would happen if The Melt could make a burger using the same concept.

That led to the Meltburger—6 ounces of chopped Angus and Wagyu beef filled with pickled jalapeño mix and twice the amount of cheese, which melts into the patty. Previous burgers were only 4 ounces; the brand now uses sturdier buns to stand up to the added weight. There’s also a 9-ounce Mega Melt burger for those with a larger appetite.

“We like to think we have the meltiest burger in the world,” Bower says. “Our team and I say this all the time—we don’t sell cheeseburgers, we sell Meltburgers, and that’s important. I think that Angus and Wagyu blend is important, but what makes us different from any other place is that chop and pickled jalapeno mix getting into every nook and cranny of the burger. That’s been very well-received. We went from having a burger that was sort of non-descriptive, not a lot different, to something that many of our guests feel is the best burger they ever had. Every day I get feedback that they’ve never had a better burger.” 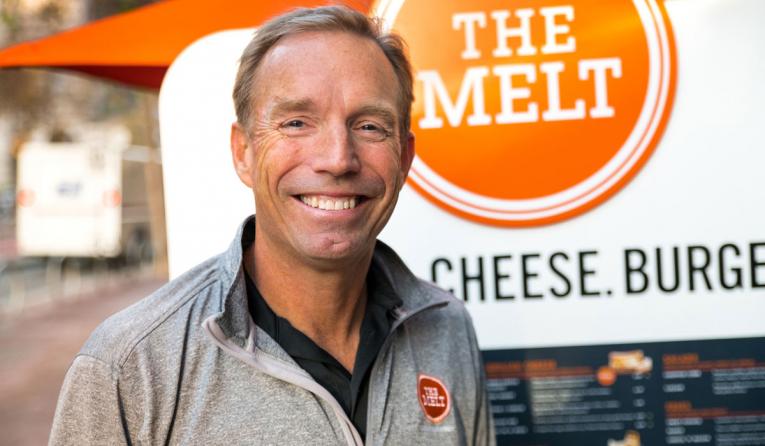 “What’s been astonishing is we almost virtually eliminated any guest feedback around price because guests were so much happier with the quality of our food,” says Ralph Bower.

Bower says no one will ever again accuse the Melt of not having enough cheese. In 2020, he expects the company to roll out its mac and cheese, which will serve as the third pillar of the menu beside burgers and grilled cheese sandwiches. The mac and cheese is being tested in one restaurant, and has so far gotten good reviews.

To pay for the new menu, the Melt underwent a 25 percent price increase. Bower says it was a big gamble, considering the flat sales and the stunted growth.

“What’s been astonishing is we almost virtually eliminated any guest feedback around price because guests were so much happier with the quality of our food,” Bower says. “They were willing to pay that premium. … You would’ve thought with a price increase that large, it would’ve been a tough thing for guests to stomach, but it’s actually been exactly the opposite.”

Regarding real estate, Bower says The Melt grew too fast. The chain opened six restaurants in six months in Colorado while it expanded in Texas. The food and store operations weren’t ready, and the brand didn’t fully understand the customer base.

Originally the company built restaurants with mostly a lunch daypart in mind. Since The Melt now sells more burgers than grilled cheese sandwiches—a 55 percent to 45 percent mix—the team now looks for locations with strong lunch and dinner dayparts. The brand also remodeled the interior of stores to reflect its use of 100 percent all-natural ingredients—something Bower says many customers weren’t aware of beforehand.

There are three stores in the pipeline for 2020, with the mindset of growing contiguously in California. Bower is confident that the brand has the food and operations to support the growth.

“We’re not going to get too big for our britches,” Bower says.

Although the company is in completely different shape than it was a few years ago, Bower says, “My hair was probably on fire as much when we were plus 20 as when sales were flat.” The intensity hasn’t changed.

As a piece of advice for other leaders going through similar rough patches with their restaurant, Bower says the most important thing is to be humble and ask your employees and customers what needs to be done better, and then listen.

“I don’t think we did anything out of the ordinary other than ask our guests what they wanted and then deliver that,” Bower says.