The Asian-based concept wants to open three domestic stores by the end of 2022.

Wingstop is widely known for its bone-in and boneless chicken wings. Raising Cane’s is quickly rising as a leader in chicken fingers. And a large number of quick-service chains have joined the chicken sandwich craze, from social media darling Popeyes, to KFC and Zaxby’s.

But all those accelerating menu items under one roof? That’s a recipe for differentiation in a bursting sector, says Waba Grill CEO Andrew Kim, whose company obtained rights to grow South Korean concept Mom’s Touch throughout the U.S.

The fast casual started in 1997. It now has more than 1,300 restaurants across Asia and is one of the largest quick-service brands in South Korea. The concept is operated by South Korea-based Haimarrow Food Service, which was acquired by private equity firm KL & Partners in 2019.

The first U.S. restaurant opened in Concord, California, in 2018. Pedro Garcia, an economic development specialist with the city at the time, called it the “McDonald’s of Korea.” The domestic entrance was short lived, with the store closing in just months.

JOIN US! RSVP today for QSR's Orange County Fast Casual Meetup Event. From 6–9 p.m. on July 19, we'll be hosting restaurant operators for an evening of food, drinks, and networking, and we'd love to have you attend.

But through the backing of Kim and Waba Grill, Mom’s Touch made its return with a restaurant in Gardena, California in the summer of 2021.

“The Gardena community and the people have really accepted us, and it has really inspired how we envision growing in communities like Gardena,” Kim says. “We're obviously busy. There's some fluctuations mostly because of the COVID situations and currently our indoor dining is closed. But we have our crew keeping busy and guests coming back. So we’re very enthusiastic and excited about what the future holds for Mom's Touch here in the United States.”

Kim says his team spent much time revamping food options for U.S. expansion. Eventually, leadership thought it was better have a simpler menu as opposed to international stores, which have a much larger sandwich and sauce selection.

A similar strategy is being implemented by restaurateurs across the country. According to the National Restaurant Association’s 2022 State of the Industry report, 51 percent of fast-casual operators have kept the same number of items compared to pre-COVID, while 47 percent have cut their menu choices.

“As we continue to have better confidence on the customers and their preferences, we always have the option of looking at adding onto our current lineup of sandwiches, wings, and fingers,” Kim says. “So that's an option we have and are able bring from the shelf."

“We take quite a bit of pride in the fact that we are able to serve chicken sandwiches, wings, and fingers under one roof,” he adds. “And each of those items we would be happy to put out there against the competitors. They're fresh, they're flavorful, and they're being served at great prices.” 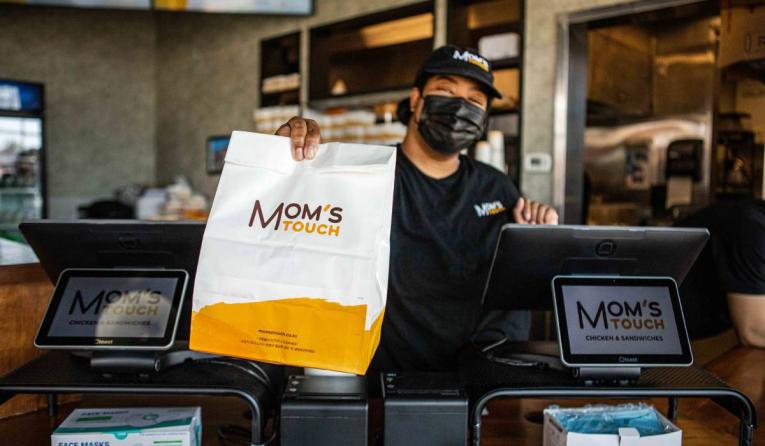 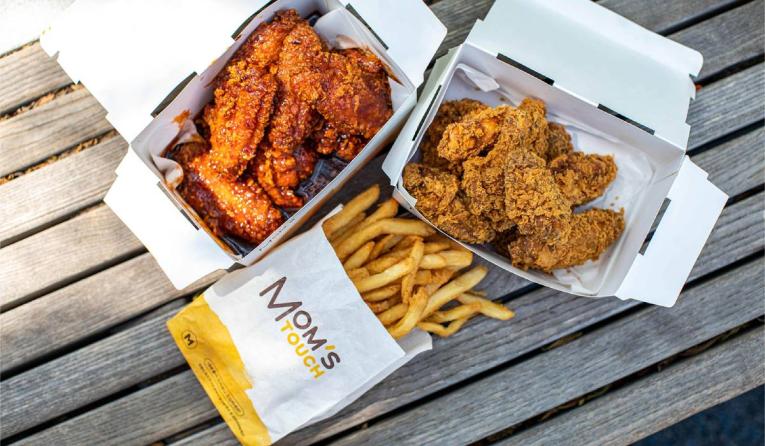 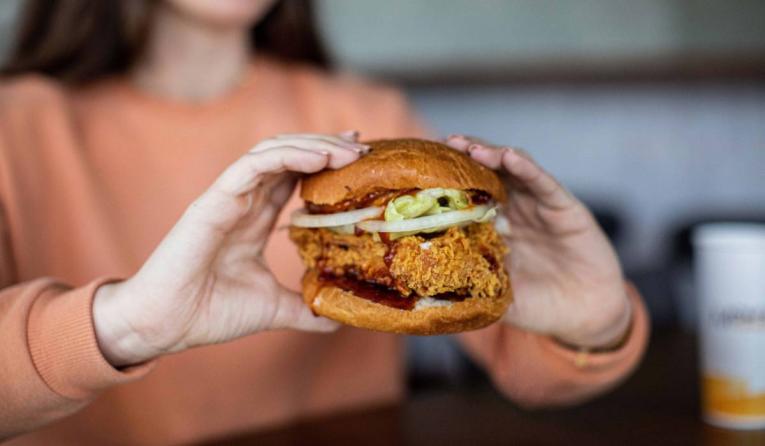 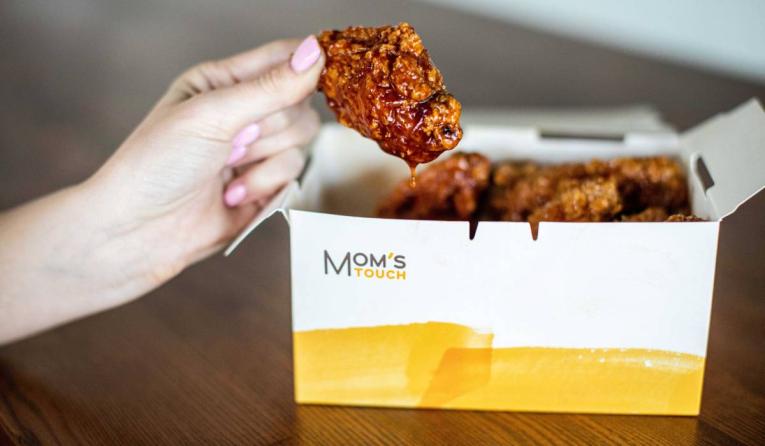 "Our flavors are very bold—some say more on the spicy side,” says Andrew Kim, CEO of Waba Grill and Mom's Touch's U.S. business. “And it offers distinctive and different, but extremely pleasant flavors that customers will enjoy. We believe that makes us competitive in this wild market right now, and we intend to be here and growing for a long time to come.”

A second location, positioned about 8.5 miles from the Gardena store, is planned for Long Beach, California, inside a former Waba Grill restaurant. The location is standalone and includes a drive-through, which will be a preference for Mom’s Touch going forward considering what’s happened during COVID, says Kim.

Another inline restaurant will open in City of Industry, California, in a former Subway store, and is expected to debut before the end of 2022. The third Mom’s Touch location will be neighbors to a drive-thru Waba Grill unit.

Kim says these first few stores will be company-owned. After learnings are gleaned and operations are smoothed over, the plan is to franchise the brand—first in Southern California, then the rest of the state, and eventually eastward.

The CEO has received interest from Waba Grill franchisees, who’ve had plenty of success in recent years. The chain’s same-store sales in 2021 jumped 27.5 percent compared to 2019 and AUV reached nearly $900,000. Three stores opened in 2021, and the 200th restaurant is planned for this year. The rice bowl concept was named to QSR’s Best Franchise Deals in 2021.

However, Kim is consciously trying to temper expectations as the company cultivates Mom’s Touch. Before franchising is even organized, the first objective is to show the corporate units are viable and will generate sales.

“If given the opportunity, if we had a good standing franchisee, an existing franchisee of Waba with appropriate organization and resources taking interest, of course we would certainly look to them to build Mom's Touch stores,” Kim says. “We're keeping things open, but we're really not going to push the agenda out to them. That's certainly something that we’re cautious about because we want to respect what they do currently, and if they want to continue to build Waba stores, we’ll certainly encourage them to do that.”

Mom’s Touch is hoping to join the momentum experienced by other Asian-based quick serves growing in the U.S. For instance, Bonchon—also founded in South Korea—has grown to 115 stores in the U.S. and plans to open 30 more in 2022. Additionally, Filipino fast-food chain Jollibee has more than 1,400 stores across the globe, and hopes to build its North American presence to 300 locations by 2024.

Kim acknowledges chicken has become a crowded field, but that doesn’t shake his confidence about what Mom’s Touch could be come in the U.S.

"Our flavors are very bold—some say more on the spicy side,” Kim says. “And it offers distinctive and different, but extremely pleasant flavors that customers will enjoy. We believe that makes us competitive in this wild market right now, and we intend to be here and growing for a long time to come.”