Keeping employees motivated in the long run is key for Mooyah.

Let’s face it. Online reviews can make or break a restaurant. Unhappy customers can spread their dining experiences across the web for anyone to read and, in turn, discourage prospective diners.

Restaurant reviews aren’t reserved for full-service or independent restaurants, either. According to a 2017 Podium survey, 93 percent of consumers say online reviews impact their purchasing decisions. Mooyah, a Texas-based burger chain, wondered if it could do something to change the tone of its digital feedback and improve its Google rating.

Mooyah’s marketing team researched different sites where the brand was being reviewed and found that most traffic arrived through Google. In response, the new program centered around Google reviews and getting each location to improve their star rating.

It also made sense to focus on Google reviews so Mooyah could improve its overall search engine optimization ranking. And compared to other review sites, like Yelp and Facebook, Google’s process for submitting a review is fairly simple.

“Google is the lion's share of how people search and discover brands,” Anderson-Liu says. “We knew that we needed to improve our ranking on Google by increasing the number of positive reviews … Our research showed that would really help with our ranking not only in just the normal search results, but also in the maps.” 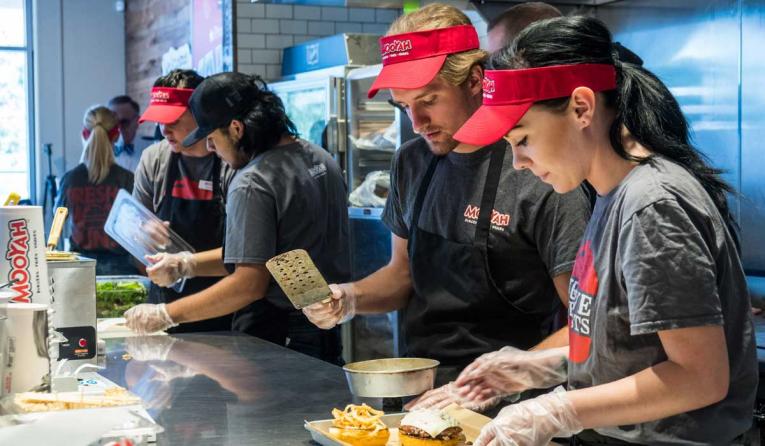 In the first three days of the program, Mooyah doubled the number of daily Google reviews it received the entire previous month.

Since kicking off the program January 1, Mooyah has seen tangible success. Compared to the same time last year, Mooyah is up 300 percent on the number of 5-star Google reviews.

In the first three days, Mooyah doubled the number of daily Google reviews it received in all of December. Mooyah started 2019 with an overall star average of 4.2. In the last two and a half months the average has increased to 4.5. “Every single month we improve on our rating,” Anderson-Liu says.

The new program is in place at 70 locations and, of those participating, 38 restaurants are now in the top three search results on Google Maps, she adds.

“You have to overcome those negative reviews from the past,” Anderson-Liu says. “So, these increases—even 0.3—are really, really great. We're really encouraged by that.”

“We found that this program would help us by turning every shopper into a mystery shopper in our team members’ minds,” Anderson-Liu says. “We thought if we could change their mindset a little bit to say, ‘this isn’t just a guest’ or ‘this is just a person in front of me,’ this is somebody who could actually improve my livelihood and my standing here at Mooyah.”

Along with recognition by the brand, employees who are called out in a positive review can choose from different rewards depending on how many reviews come in each month. The different tiers include rewards when a team member reaches five or more reviews in a month and a second tier of different gifts when an employee reaches 10 reviews. If a team member achieves 11-plus reviews in a month they are entered into a $250 value gift raffle. Each quarter, the franchisees with the highest rating will receive a cash reward.

Employee retention has improved since the program kicked off in January, Anderson-Liu says.

“By rewarding the team members instead of the guests, we're getting them to stick around a little bit longer than they might have otherwise,” she says.

Anderson-Liu notes that millennials make up a large part of Mooyah’s workforce and they enjoy being recognized for their hard work. The top employees are called out by name in the company’s biweekly newsletter and that’s a rewarding experience, she says.

“We've gotten really great feedback from team members, which we often don't hear,” Anderson-Liu says. “We're getting tons of thank you emails from them, just for recognizing them and finding a way to connect with them in a way that matters to them, which is sometimes difficult. To be able to recognize those people who are working really hard and who are the heart of our brand is great.”

The program is motivating employees to interact more with customers and pay attention to details that might have been overlooked before. From ordering to table touches, workers are finding different ways to encourage guests to leave a review. In some cases, they’re also helping rectify a situation before it turns into a negative review. When a business resolves a complaint in the customer’s favor, they are likely to do return and do business with the brand again 70 percent of the time, according to Lee Resources.

Employees are now using instruction cards to help guests learn about the program and guide them through the process to leave a review.

“We equip our team members with these cards and then we've trained them to look for specific opportunities, like table touches,” Anderson-Liu says. “When we go around and do that table touch and ask them how their meal is. If they say, ‘Well, it wasn't great,” it allows us to catch that and make it right on the spot.” 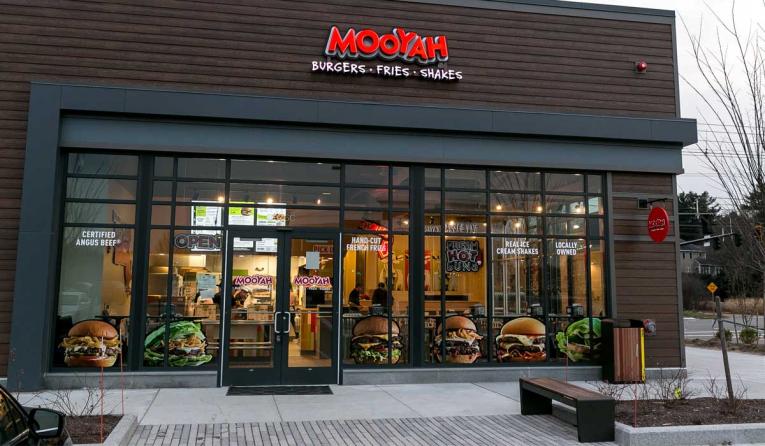 Operation friendliness and cleanliness have improved across the company for Mooyah since the program started.

Before the program, employees didn’t care as much and didn’t have the motivation to go around and interact with guests beyond the register. These interactions also remind customers who are already having a good experience to go ahead and leave a positive review.

“Research showed that guests—and consumers in general—are highly likely—around 70 percent more likely—to leave a review if just asked,” Anderson-Liu says. “All you have to do is just ask. If you're not asking, then the reviews that are going to come in just organically are probably going to be more negative than if you actually ask.”

Operation friendliness and cleanliness have improved across the company and franchisees now have more time to focus on other areas to improve.

“It has really helped with operations because, as you can imagine, being a franchise brand, consistency is the primary focus,” she says.

When the corporate field team visits locations now, the trips take less time and the team has an opportunity to learn and improve on something more important than basic day-to-day operations.

“[They can] work on business basics and help franchisees with their financials, food costs, and things like that,” Anderson-Liu says. “They're not needing to focus on some of the basics, like making the burger right every time and talking about our six-step process for fries. They're not having to do that. We've been focused on other things like helping franchisees, being more profitable in their business, versus trying to fix issues.”

Keeping employees motivated in the long run is part of the strategy for this initiative. Anderson-Liu and her team are working to keep the program fun and creative for employees and franchisees.

“Programs like this that don't have a definitive end date can lose momentum,” she says. “We're looking at ways to make sure that we can keep it fresh, both for the team members and for the guests.”

Mooyah hopes to reach a 4.8-star rating by the end of 2019 and maintain that in the years to come. An aggressive goal, Anderson-Liu admits. This program is not a short-term initiative, however. Anderson-Liu sees this program becoming a part of the company’s fabric. With enough training, reminding customers to leave a review will become a part of the normal routine of a team member.

“I hope that this becomes just an everyday part of how they operate the business,” Anderson-Liu says. “That when new team members come on board, this is one of the things that they train them on. It's not something that is a marketing program or an ops program. It's just the way we do business.”