Mr. Gatti’s Pizza, like most in the restaurant industry, had more questions than answers when COVID shut down social interactions in March 2020.

The 53-year-old concept is known for its buffet model and arcade, and there really weren’t any assurances about whether customers would feel comfortable using frequently touched surfaces in the dining room and shared devices in the gaming area, says CEO Jim Phillips.

A little more than two years later, the executive is as confident as he’s ever been in the future of buffets and gaming, and he has the sales numbers to back it up. Earlier this year when many customers were on spring break, about a dozen older stores—more than 20 years old—broke sales records. Systemwide, the roughly 65-unit brand is currently trending about 20 percent above pre-COVID figures, with the mix between dining and gaming remaining the same.

That success wasn’t in just one geography either. It spanned all states where Mr. Gatti’s venues reside.

“Our stores are somewhat unique in that they offer a really fun experience, both dining and gaming, targeted towards families,” Phillips says. “And so people are able to come to our stores and have more than just good food. They're also able to have that experience shared with friends or family. It is fun to see and hard to argue with when you have the sales to support it."

At the start of the pandemic, the loss of potential franchise sales caused even greater concern. Mr. Gatti’s hadn’t sold to operators in any meaningful way for beyond a decade, well before Phillips and his co-investor purchased the brand in 2015. The chain was on the cusp of launching a franchise effort when COVID hit.

Despite pandemic-related pressures, the CEO describes business as “robust.” Mr. Gatti’s has sold more than 60 franchises since Thanksgiving 2019, with 75 percent coming from new “well-heeled and experienced” restaurant operators who have multiple units with other concepts, Phillips says.

The CEO owes unit development success to three primary reasons, the first being the strength of existing franchisees, who’ve built brand awareness for the better part of 20, 30, and 40 years. The second factor is that Mr. Gatti’s prides itself as being a “food first” brand, using fresh ingredients daily and the same recipes developed more than 50 years ago by founder James Eure.

“People have great memories of growing up with the brand and know that they're going to get the same delicious food, whichever Mr. Gatti’s they choose to visit,” Phillips says. “It's really impossible to put a dollar value on that heritage and the legacy impact of being such a positive experience for so many people over so many years.”

The third driver, and arguably the most significant, the CEO says, is the opportunity to leverage two sources of revenue with dining rooms and games.

“Our stores are very profitable when they're well-operated,” Phillips says. “You combine the two and the margins that can be realized on our stores, on our family entertainment center, are very, very attractive, and on a revenue per square foot basis, more so than any competitor I can think of.” 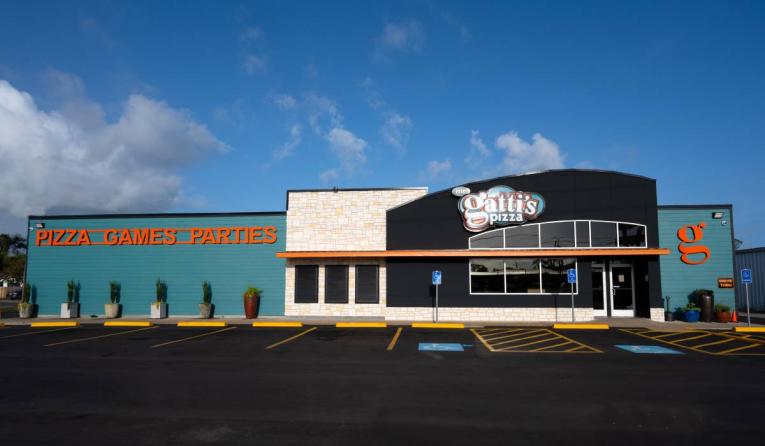 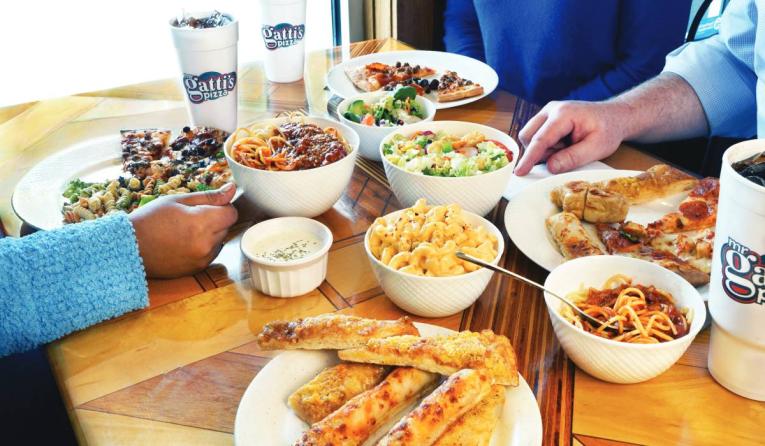 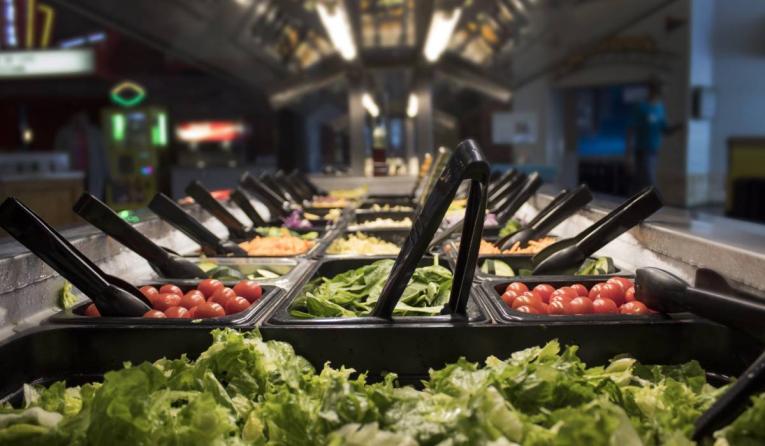 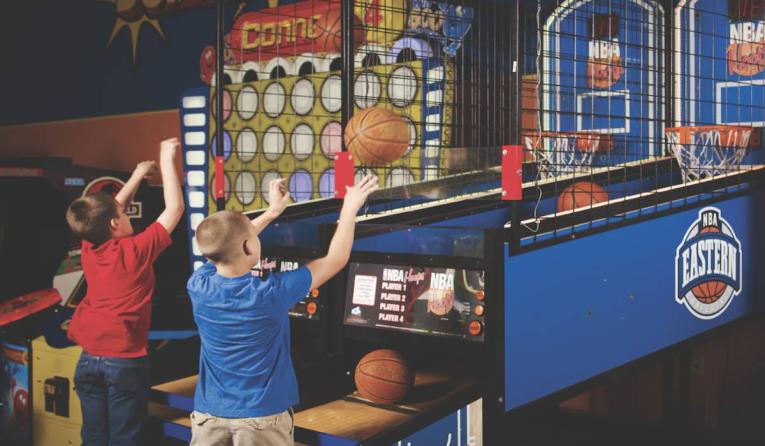 Mr. Gatti’s is on pace to open 20 restaurants this year, and it’s projected to open the same number in 2023. Expansion is targeted in markets where the chain has the most awareness, namely the Sunbelt and Southeast. In fact, earlier in May, Mr. Gatti’s sold two franchises in Kentucky, where it already has 14 stores, and another in North Carolina.

The chain offers three prototypes to franchisees. The main one is the standard family entertainment center, which is roughly 12,500 square feet with an arcade or game room attached. The model is best for small and medium markets, including trade areas of 60,000 to 250,000 residents and average household incomes of $55,000 to $80,000. Additionally, there’s a smaller 5,000-square-foot family entertainment center format that comes with a limited game room and an off-premises-only model that fits into 900 to 1,500 square feet.

Delivery and carryout locations saw sales rise in the mid double digits during COVID, leading Phillips and his team to think those stores would sell at a higher rate coming out of the pandemic. That hasn’t been the case, however. Roughly 80 percent of new franchises are the family entertainment centers, which is in line with the system’s current footprint.

Large format family entertainment centers witnesses sales increases of 97.71 percent in 2021 as compared to the pandemic-ridden 2020.

“Of course, it represents a larger investment than a [delivery and carryout] and a more complicated operating model because you have both the gaming and the dining components, but boy, you sure get the rewards for that when you operate your store,” he adds.

Although Mr. Gatti’s provides recommended sizes, the company gives franchisees room to use their imagination when it comes to interior design. For example, franchisees in Brenham, Texas, decided to install a Bellagio-style water fountain and a craft beer wall of 23 drinks.

Phillips admits he was hesitant about the idea at first. He had never heard of a restaurant bringing in such an elaborate water feature. The chain does allow franchisees to sell beer and wine on a case-by-case basis, but it had never delved into the craft brewery scene or offered a featured beer segment.

Mr. Gatti’s let the operators move forward on a trial basis, and the company was rewarded with multiple sales records when it opened in January. Phillips says more than 100 customers lined up outside the door at certain points.

“We love that,” Phillips says. “They're excited and happy, of course, with their investment. We think it's fun to help franchises spread their wings and fulfill ambitions and creative ideas that they have. It's done very well for our brand to raise awareness and have such a successful store.”

In May, the brand opened a similarly sized store in Weslaco, Texas, that's experiencing explosive sales, as well, but without all the bells and whistles of the Brenham unit.

To Phillips, this proves that success is more dependent on the commitment and dedication of the franchisee, which is why Mr. Gatti’s is not going to start promoting water features and craft beer walls to the rest of its footprint and prospective operators.

It will continue to encourage creativity and support ideation, however. With this playbook, Mr. Gatti’s plans to meet or exceed 20 restaurants annually for at least the next five years. In addition to that organic growth, Phillips indicates M&A may be an opportunity, as well.

“We believe that the future looks very promising, and we think we'll be several multiples of our current size by the end of this decade,” the CEO says.