Nathan's wants the quality of its entire menu to match that of its hot dogs and fries.

This might seem counter intuitive to anybody’s who grabbed a Nathan’s Famous pack in the supermarket or stepped inside its iconic Coney Island store, which stretches an entire city block, and has since 1916.

Nathan’s growth opportunity isn’t in hot dogs. Or its crinkle cut fries for that matter.

“From a consumer standpoint, it was already seen as best in class,” says James Walker, the legacy chain’s SVP of restaurants, who joined from Subway in May. “[The hot dog] didn’t need modification.”

Where the real chance lied, though, especially in terms of igniting franchise growth, was elevating three fresh pillars of the menu. And doing so from a New York-centric frame of mind.

While a new initiative across Nathan’s 250 units, its Coney Island landmark has actually featured a relatively extensive menu for years. Locals were in on the secret, but national perception was stuck between two buns. “So it wasn’t that we went out and really added new menu items,” says Walker, also the former president of Johnny Rockets and CDO of Beef ‘O’ Brady’s and The Brass Tap. “We just refined the offerings to make sure that we were absolutely at the highest level, both from a quality and portion-size standpoint.”

The brand’s sizable heritage is on full display across the menuboard. The hero line, introduced last year, features a New York Cheesesteak, as well as meatball and pastrami heroes. Nathan’s worked with legendary Big Apple supplier Pat LaFrieda on the first, using a half-pound of black angus ribeye. Nathan’s then tops it with LaFrieda’s Butcher Reserve Steak Sauce, American cheese, and caramelized onions. It’s served on a Balthazar Baguette and runs $8.49. So do the other heroes, which is a key element of Nathan’s new culinary movement, Walker says. 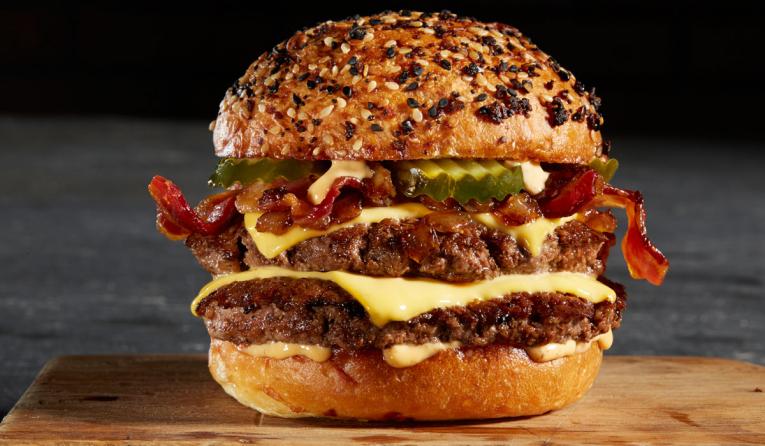 The New York Attitude Burger, a sign of Nathan's heritage coming through.

The “New York’s Finest” burgers line, including the Attitude Burger (pictured above), which is served on an everything seeded bun (like the bagels the city is known for) all run $7.49. The shakes are $5.29. Chicken sandwiches, such as the Hell’s Chicken, cost $6.99.

Walker says Nathan’s went with price uniformity to avoid complexity and encourage scalability. “You walk into one of our restaurants and the menuboards have a very different look and feel,” he says. “They are simple, easy to understand. And they’re really focused on telling the story of the quality of the products themselves. Romancing the ingredients. And really being food first.”

Nathan’s brought in James Beard Award-winning chef Mark Miller to help with the chicken line in particular. The result is a tempura-like texture than nods to Southern-style classics.

Putting this kind of time and thought into flavor, presentation, and differentiation is essential to Nathan’s viability as a growth concept, Walker says.

“We basically determined very quickly that brands [like Subway], McDonald’s, Burger King—these are great quick-service brands and we would never be in a position to compete with them on price,” he says. “But we could absolutely win from a quality standpoint.”

The goal: Make everything not hot dogs and fries, as good as hot dogs and fries. “All of our food needed to be memorable, craveable, and Instagramable,” Walker says. “And, frankly, best in class by a wide margin.” 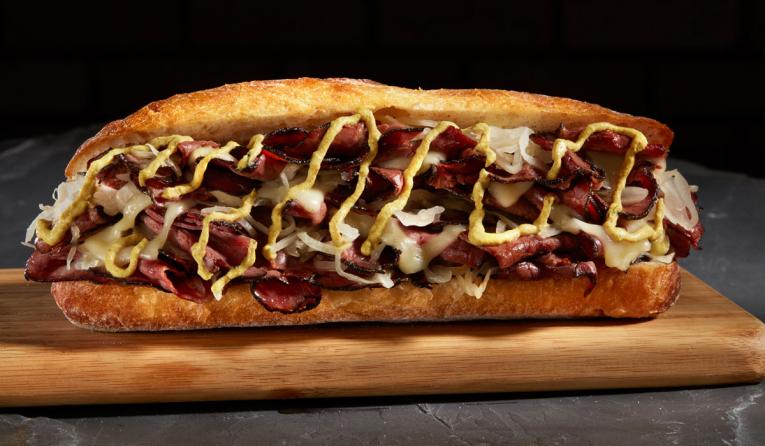 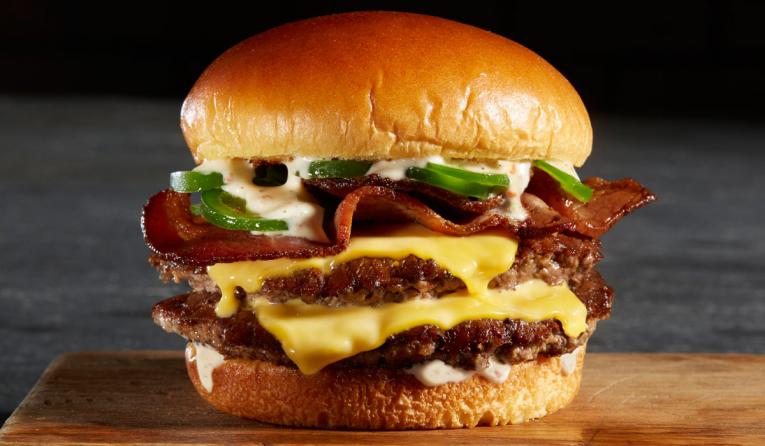 There is more to Nathan’s current ambition than culinary elements, however. When Walker joined, he recognized a chance to add technology, refine the company’s brand positioning, and introduce a fresh design. Nathan’s worked on systems for franchising and site acquisition. Really, he says, Nathan’s paid attention to everything that would go into providing guardrails to allow the franchise system to grow.

In mid-December, the brand brought on two industry veterans, Erik Mallon and Jim Hicks, to bolster its franchise sales and development team. Mallon, Nathan’s senior director of franchise development, served as VP of franchise development at 16 Handles and also clocked time with My Gym and Huntington Learning Centers. Hicks most recently worked as country director, US West for Subway, overseeing 5,300 locations in 13 states. Before, he held the title of SVP of North America for Johnny Rockets.

Walker says they’ve helped prepare Nathan’s, which has just four corporate units, for a renewed growth push—one he expects to accelerate when the company’s new fiscal year arrives in April.

They’re targeting heavily Northeast and Florida markets. There are units as far west as Las Vegas, too. Also, international (Nathan’s has restaurants in the U.K., Philippines, Australia, and Panama).

But the brand is primarily focused on domestic expansion in states where people from the greater New York area go to retire or travel for vacation. There’s no complicated reason why. Nathan’s wants to leverage the brand awareness and equity it appreciates from a nostalgic base on day one.

“It just gives us a leg up,” Walker says.

The brand doesn’t have a finite split for where this growth will stem from. It will be a mix of new operators and current franchisees, Walker says. That latter group, he adds, has expressed excitement about the recent changes, which Walker calls “more evolution of the brand than revolution.”

“We’re not doing things that are not in alignment with where Nathan’s comes from,” he says. “If you go back 100 years, the brand has always been about quality of product, quality of service, and convenience. If you watch old black-and-white videos from Coney Island, the servers and cashiers and counter people are constantly talking about how fast they got the product in the hands of guests.”

“And obviously quality from day one through today.”

Franchisees are happy Nathan’s hasn’t stepped away from why they signed up in the first place, Walker says. They’re on board with the menu pillar focus that promotes Nathan’s quality promise up and down the offerings. It’s an easy story to tell.

And in terms of store design, Nathan’s new prototype is a fusion of modern and classic New York styles. It blends old and fresh materials to present “a bit of historic charm,” while updating the experience.

Styled after the modern New York City loft, it has high ceilings and open spaces. Yet also presents an architectural footprint that mirrors the buildings of the early 1990s.

“As customers line up to order, they will pass glassed-in display grills cooking signature items like our hot dogs, cheesesteaks, and burgers. We intend for them to see the pride and care with which their food is prepared,” Walker said.

Importantly, as it concerns growth, the store is a flexible model designed for small and large sites, nontraditional and typical real estate. Nathan’s is currently looking for real estate in the Tristate area to bring the first prototype to market. And it’s also offering the unit to franchisees.

Nathan’s portfolio today runs the gamut, from hot dog stands to massive units, like the Coney Island restaurant. Walker says they’ve even been able to serve the cheesesteak out of hot dog carts, which speaks to the efficiency Nathan’s considered when building out these new menu pillars.

Additionally, while the brand does engage with third-party delivery, it’s focused on in-restaurant experience moving forward, including more drive-thru builds.

All of this has happened much faster than Walker expected, he admits. Last April, he thought it would take the better part of two years to elevate Nathan’s menu, develop a prototype, and put new pieces of technology in the kitchen.

But it’s actually been closer to 10 months. “Starting in April [new fiscal year], what you’ll see is us very, very focused on making sure that we’re telling the story of these new items, these new menu elements. The new piece of technology. So individuals know what’s happening within the brand. And then looking to aggressively grow the franchise part of our business,” Walker says.